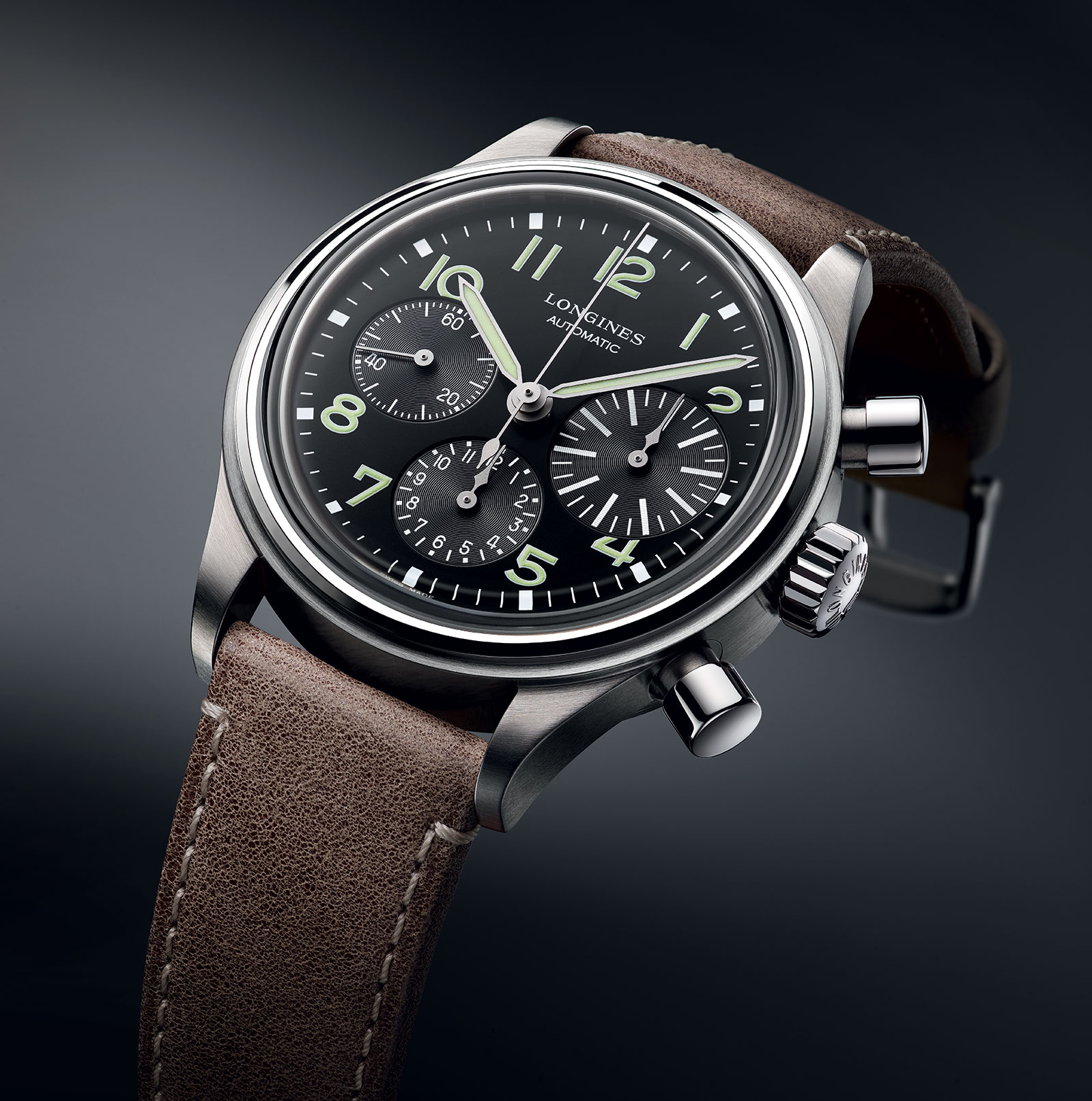 The St. Imier watchmaker has gone through almost every decade of its archives for inspiration, from the 1930s to the 1960s, with the new BigEye modelled on a early 1970s wristwatch. The look is familiar, being reminiscent of several military pilots’ chronographs of the era, most notably the Type XX that several brands, Breguet, Dodane and Auricoste amongst them, supplied to the French air force and navy.

A feature sometimes found on chronographs of various makes from the 1950s to 1970s, the “Big Eye” is designed for improved legibility since elapsed minutes are often crucial. While historical “Big Eye” pilot’s chronographs often had 15-minute counters, the modern day Longines remake has a 30-minute register (a consequence of the movement inside) with oversized hashmarks every three minutes, making it slightly crowded.

Commendably the black dial has green Super-Luminova on the hour numerals and hands, avoiding the fad for faux vintage lume that is growing old (no pun intended). 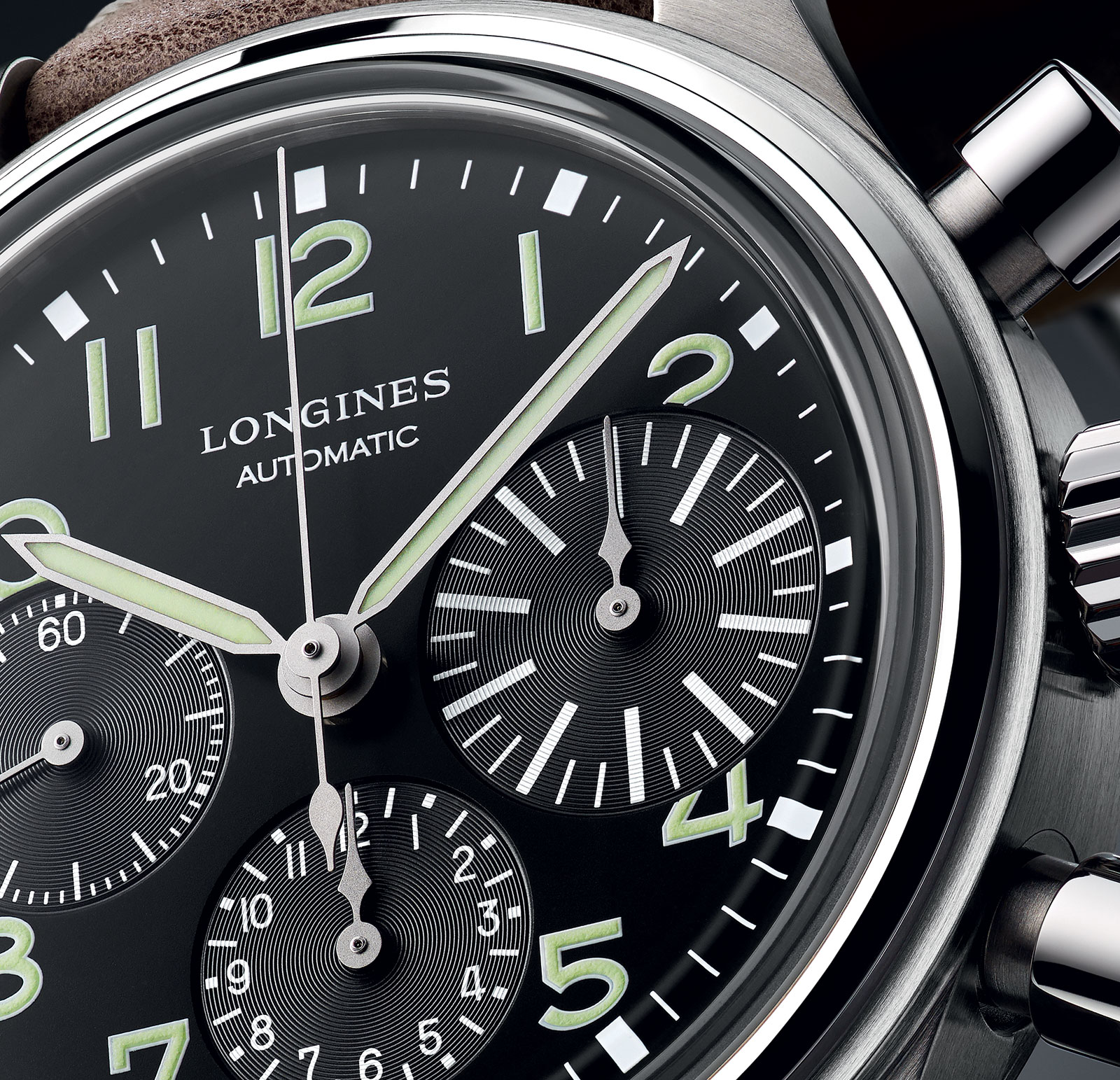 The Longines BigEye is 41mm in diameter, and stainless steel with a brushed finished and stepped bezel. It’s fitted with a suitably retro domed sapphire crystal.

The case back is solid, but hidden underneath is the L688 movement, which is an ETA Valgranges ETA A08.L01, which is an improved and enlarged version of the Valjoux 7750. Upgrades include a column wheel instead of a cam, as well as a boosted power reserve of 54 hours, compared to 48 hours of the basic 7750. 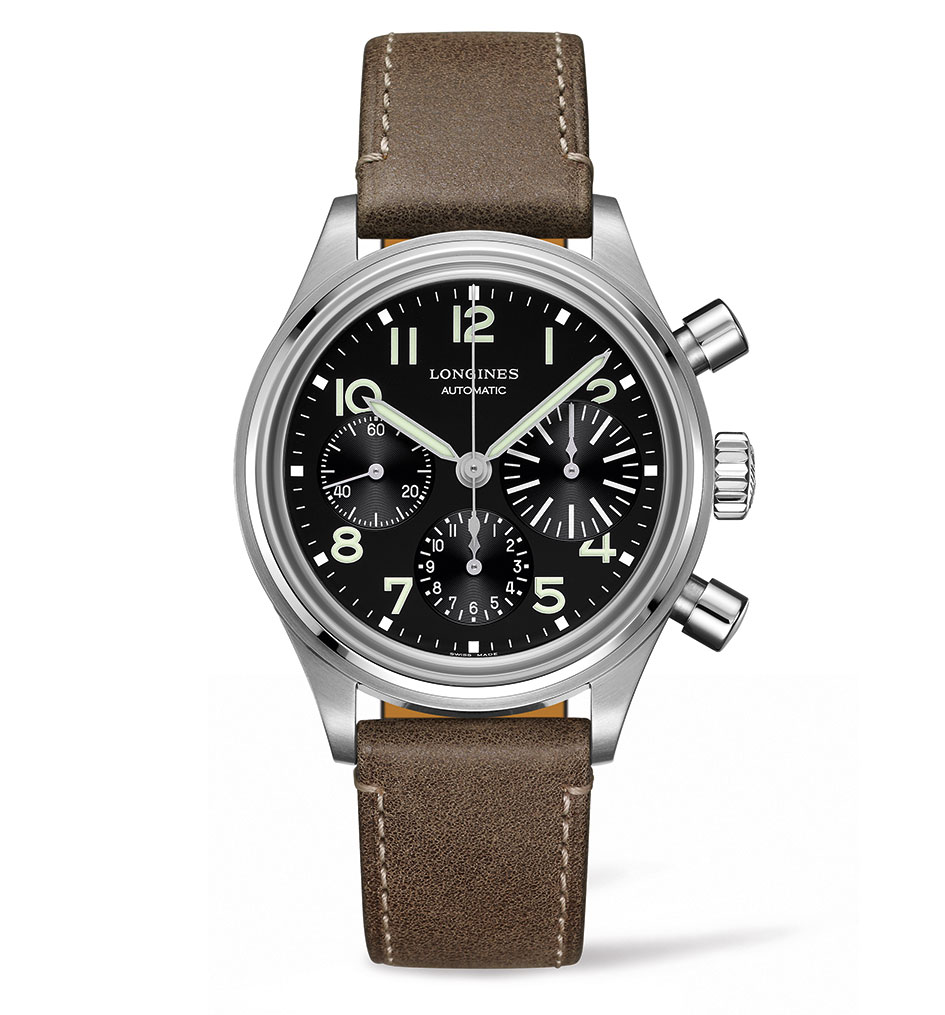