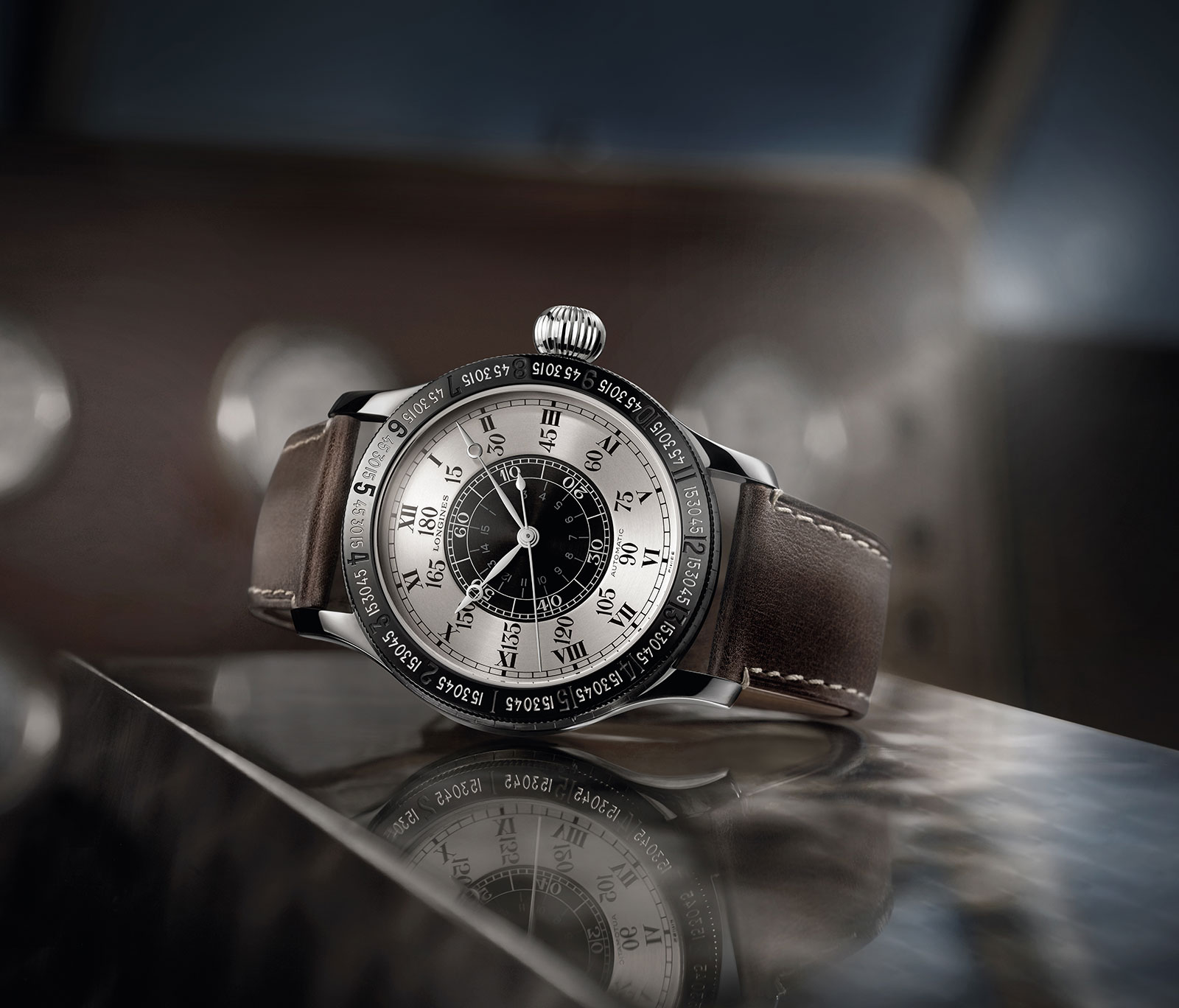 After Charles Lindbergh completed his transatlantic flight in 1927, turning him into perhaps the most famous pilot in history, the aviator designed the Hour Angle watch for Longines. Conceived for a pilot to calculate longitude during a flight, the original Hour Angle was a distinctive, oversized wristwatch that’s now valuable, selling for US$50,000 or more.

Several remakes of the Hour Angle have been produced over the years, but the Lindbergh Hour Angle Watch 90th Anniversary is unusual. It’s a faithful replica of the origin in size and design, but with a twist: the case is titanium while the colour scheme is a contemporary black and silver. The case is 47.5mm in diameter, just like the original, but made of titanium, making it noticeably lighter than it looks. The bezel has a glossy black coating. Inside is the L699.2, an automatic calibre that is actually the ETA A07.L01, essentially a Valjoux 7750 with the chronograph mechanism removed. An original from the Longines museum Lindbergh’s sketch for the Hour Angle