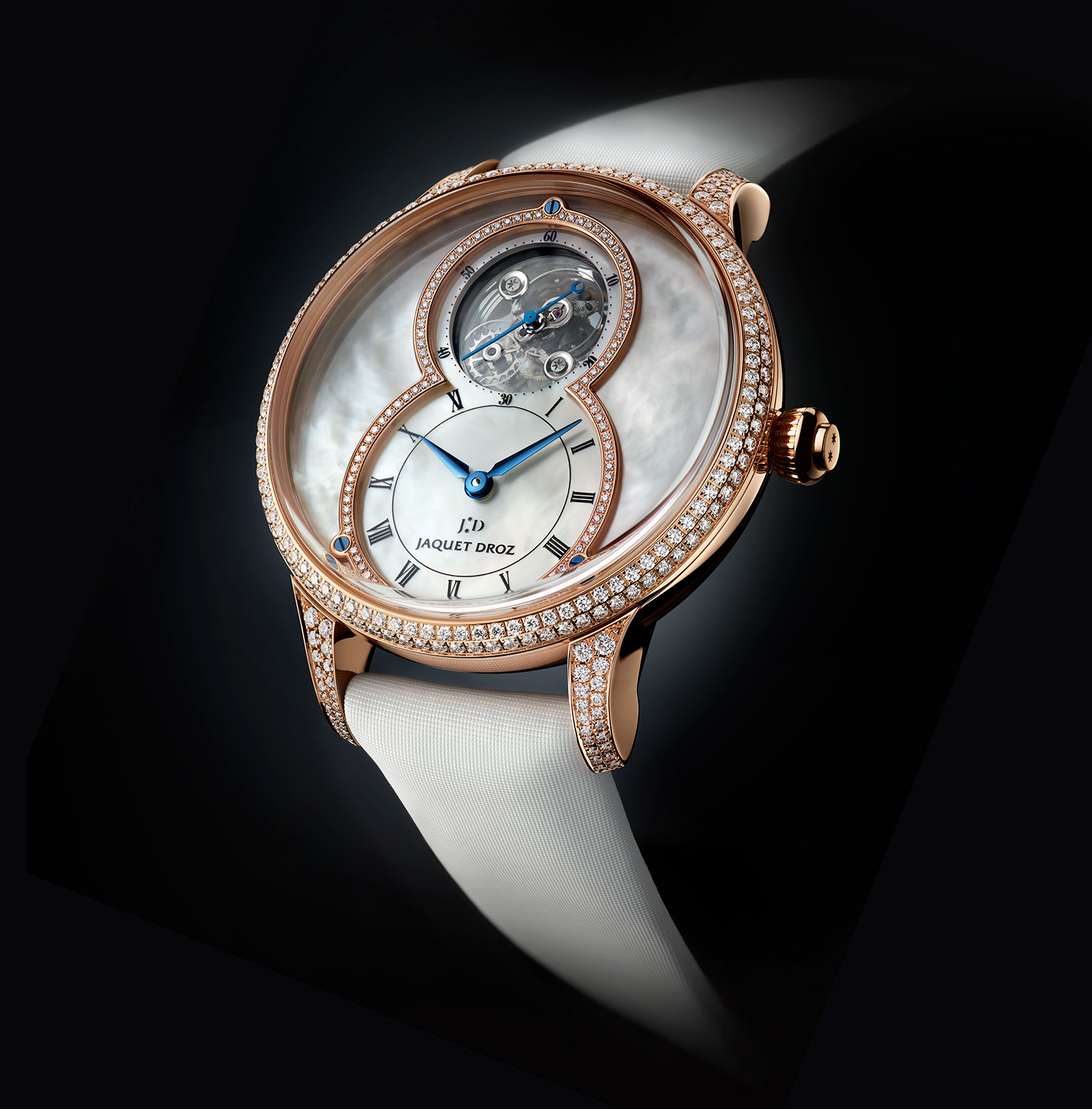 Clad in mother of pearl front and back, the Jaquet Droz Grande Seconde Tourbillon Mother-of-Pearl is equipped with an unusual movement: a self-winding tourbillon calibre with a seven-day power reserve.

The 39mm red gold case is set with diamonds on the bezel and lugs, while the dial is white mother of pearl. It’s laid out in the figure-of-eight style that’s a signature of the Grande Seconde, with an 18k red gold ring outlining the sub-dial for the time and the tourbilllon at 12 o’clock. Thanks to a clear sapphire bridge on the top, the tourbillon is entirely visible and resembles a flying tourbillon, though it is a conventional construction. And as is increasingly standard on Jaquet Droz watches, even the entry-level models, the movement has the hairspring and pallet fork in silicon, a material favoured for its non-magnetism and precision shape.

On the back the theme is continued with the 18k red gold rotor that is also inlaid with white mother of pearl. 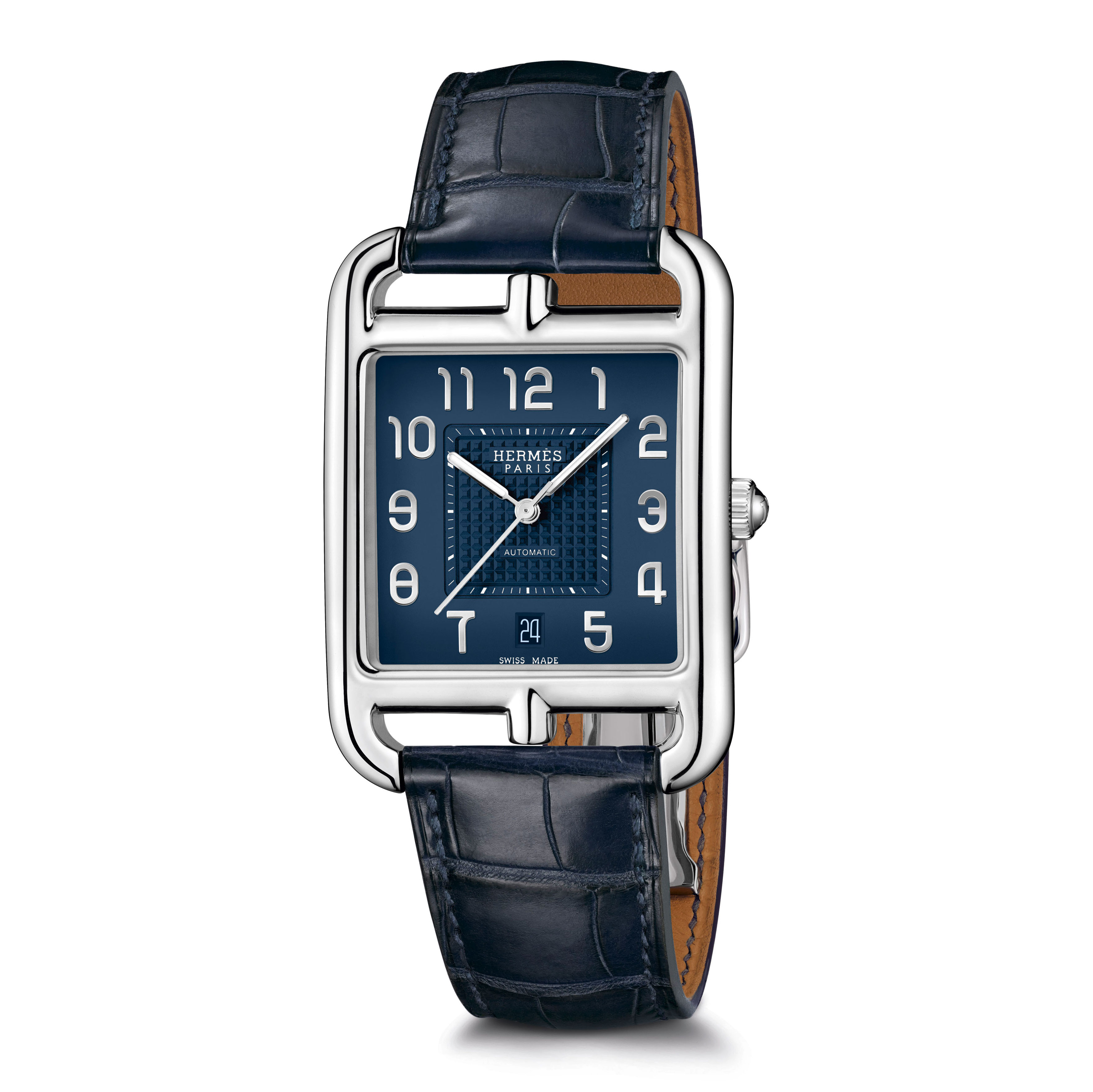 Conceived as a circle inside a square, the Hermès Cape Cod TGM – short for très grand modèle, or “very large model” – features the automatic H1912 made by movement specialist Vaucher.

The key characteristic distinguishing the H1912-equipped calibre from the quartz models is the dial: the former has a stamped chequerboard decoration in the centre with the date at six, while the quartz versions have a radial brushed finish. The square case is 33mm by 33mm, with elongated, curved lugs inspired by a horse bit. The Cape Cod TGM Manufacture is available with dials in black, white, grey or blue. Majority owned by high-end watchmaker Parmigiani, Vaucher is also a quarter owned by Hermès, which has invested heavily in beefing up its watchmaking capabilities in the last decade. Respected for its high quality movements, Vaucher is the same outfit that supplies most of Richard Mille’s automatic movements. The Cape Cod TGM Manufacture starts at US$5950 on a Barenia calfskin strap and US$6200 on an alligator strap. That’s about 10% more than the retail for the same model with an ETA movement.

Hermès commission Anita Porchet to create a series of enamel dials inspired by a silk scarf.