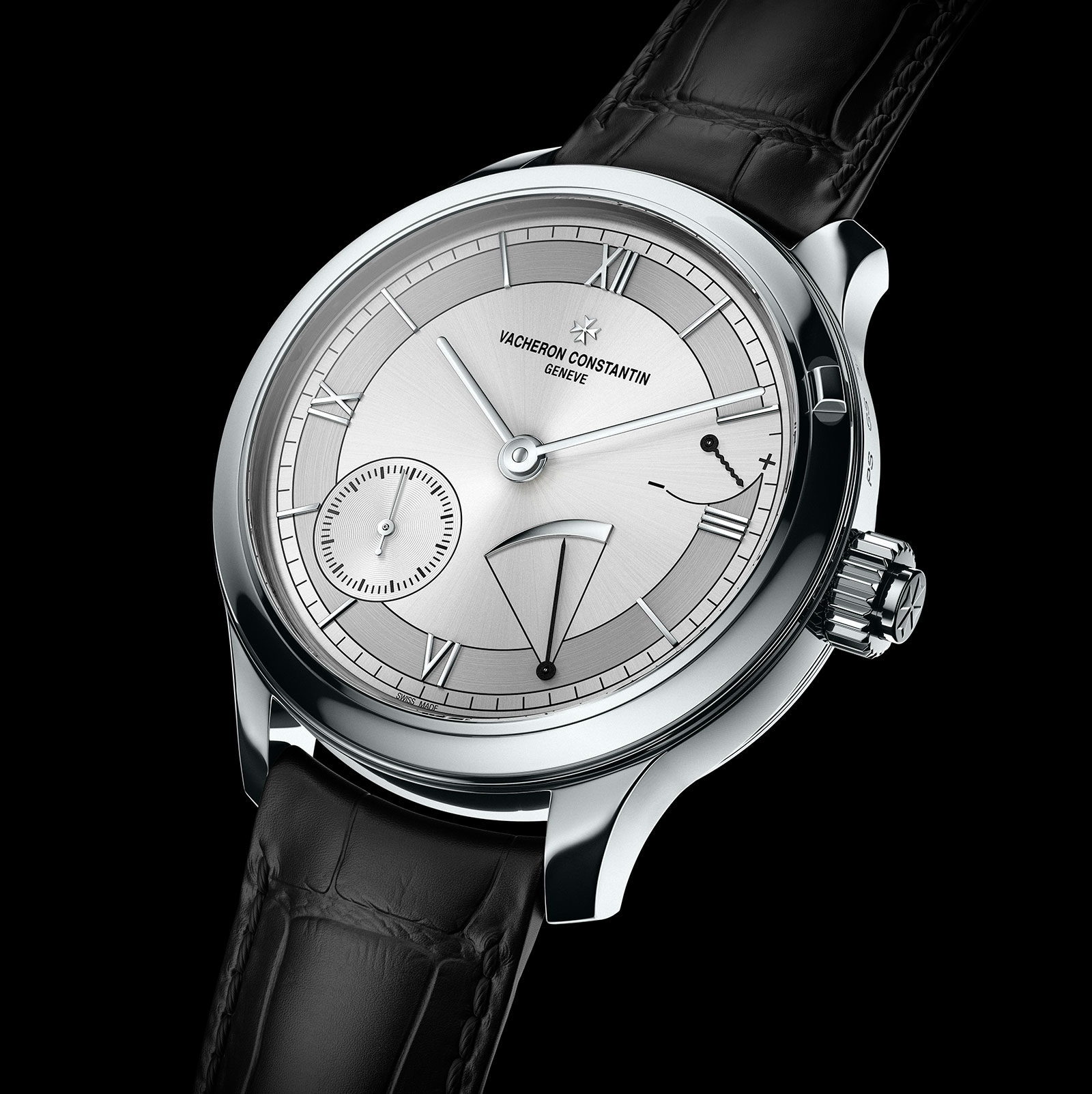 Vacheron Constantin claimed two of the most complex watches unveiled at SIHH 2017, both million dollar masterpieces. The first being the two-faced Celestia Astronomical Grand Complication, while the second is the Les Cabinotiers Symphonia Grande Sonnerie 1860, the Geneva watchmaker’s first grande sonnerie wristwatch.

The Symphonia is major, both physically and metaphorically. The case is a large 45mm in diameter and 15.1mm high, while the movement is made up of 727 parts. Large as it is, the case is beautifully styled, with a narrow, arching case band and a fluted, high back, both of which help reduce the apparent thickness of the watch.

Typical of a grand sonnerie, the Symphonia strikes the time as it passes, or en passant, much like a grandfather clock. It can either strike both the hours and quarters on the hours and quarters, or just the hours at the top of each hour. And it can also be put in silent mode, with the functions selected via the rotating bezel with a tab at two o’clock. As is convention for the complication, the movement has two barrels, one to power the timekeeping mechanism and the other for striking. Turning the crown in one direction winds one barrel, and vice versa. The striking power reserve of 20 hours is indicated at two o’clock, while the 72-hour power reserve for the time is shown at five.

The watch can also strike the time on demand as a minute repeater, via the button integrated into the crown.

And it has various safety features built in, to prevent damage if anything is accidentally activated when it’s not supposed to be. For instance, while the chiming mechanism is going, the time setting mechanism is disengaged and only comes back online when the strikes are completed. Many of the features of the watch, as well as the position of the indicators on the dial, are familiar, being nearly identical to that of the Greubel Forsey Grande Sonnerie announced just a few days earlier.

While the specific Symphonia wristwatch shown here is one of a kind – the two-tone silvered dial is inspired by Vacheron Constantin’s classical midcentury minute repeating wristwatches – the watch is made to order, with various options for customisation.

While the Greubel Forsey has notable additional features, including an incline tourbillon and automatic winding for the second barrel, the striking mechanism and basic construction are similar to that of the Symphonia.

Neither Greubel Forsey nor Vacheron Constantin have official comment on this, but it is worth noting that Greubel Forsey’s sister company, Complitime, is a noted builder of complex movements for names like Harry Winston. The Symphonia Grande Sonnerie 1860 (ref. 9200E/000G-B099 will be made in tiny quantities, with only a handful leaving the factory each year, with the price starting at SFr1.15m.