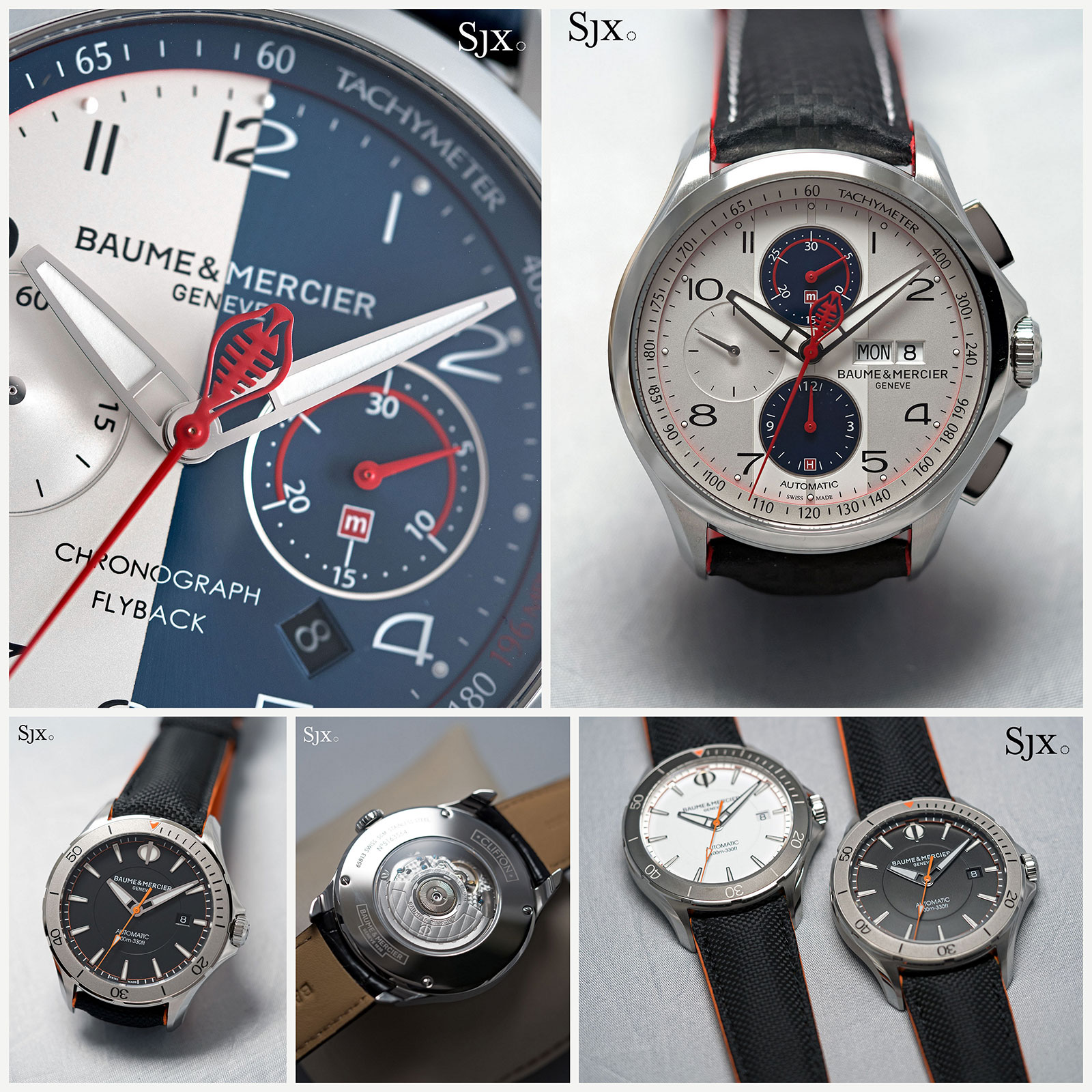 After a handful of mundane years, at least in terms of mechanical men’s watch, Baume & Mercier had a good showing at SIHH 2017, keeping it compact and simple with a range of affordable additions to the Clifton collection.

Though the high profile announcement before SIHH was of a pricey perpetual calendar in red gold, the key product at SIHH was the extremely affordable Clifton Club that starts at SFr1950, or less than US$2000. Rated to 100m, the Clifton Club is sensibly sized and conservatively designed, a sports timepiece with the look of a typical dive watch, that is to say a rotating, 60-minute elapsed time bezel. Though the watch is not small, it feels smaller and slimmer than it is; the dimensions are 42mm in diameter and 10.3mm high. Inside is the low-cost and robust Sellita SW200, a clone of the ETA 2824.

The watch is well executed, to a quality commensurate with the price, including applied indices and alternating brushed and mirrored surfaces on the case. Several dial colours are available – all have orange accents and Super-Luminova – while the case can be had in polished steel or ADLC-coated steel. The Clifton Club starts at SFr1950 for the steel on a leather strap, rising to SFr2250 for the ADLC version on a rubber strap.

Inspired by the championship-winning, V8 Shelby Cobra, the chronographs come in three guises. The top of the line is the Clifton Club Shelby Cobra CSX2299 (ref. M0A10344), a 196-piece limited edition that’s named after the chassis number of the Shelby Daytona Coupe that won Le Mans in 1964. Its silver and blue dial is inspired by the paintwork on the Daytona Coupe. The case is 44mm and titanium, with a steel bezel and back. A sapphire back reveals the movement’s rotor that’s shaped like a wheel rim. The movement inside a La Joux-Perret movement, which is essentially a Valjoux 7750 upgraded to feature a flyback function. The other two chronographs are each limited editions of 1964 pieces. The Clifton Club Shelby Cobra are both stainless steel and 44mm in diameter. Inside ticks a Sellita SW500, which is a clone of the Valjoux 7750. The first version has a silver dial with dark blue registers for the chronograph (ref. M0A10342), while the second inverts the colour scheme with a blue dial and silver sub-dials (ref. M0A10343). And the last of the new line-up is the Clifton GMT Power Reserve that was previewed before SIHH. Priced at SFr3400, this is a 43mm stainless steel watch with two practical complications. The somewhat sub-dial at 12 o’clock indicates a second time zone, while that at six o’clock shows the power reserve. The movement inside is an ETA 2892 modified by Soprod to include the complication module on top. It’s been dressed up with blued steel screws, pearling on the bridges and stripes on the rotor – decoration that is industrially applied but something that justifies the open case back.