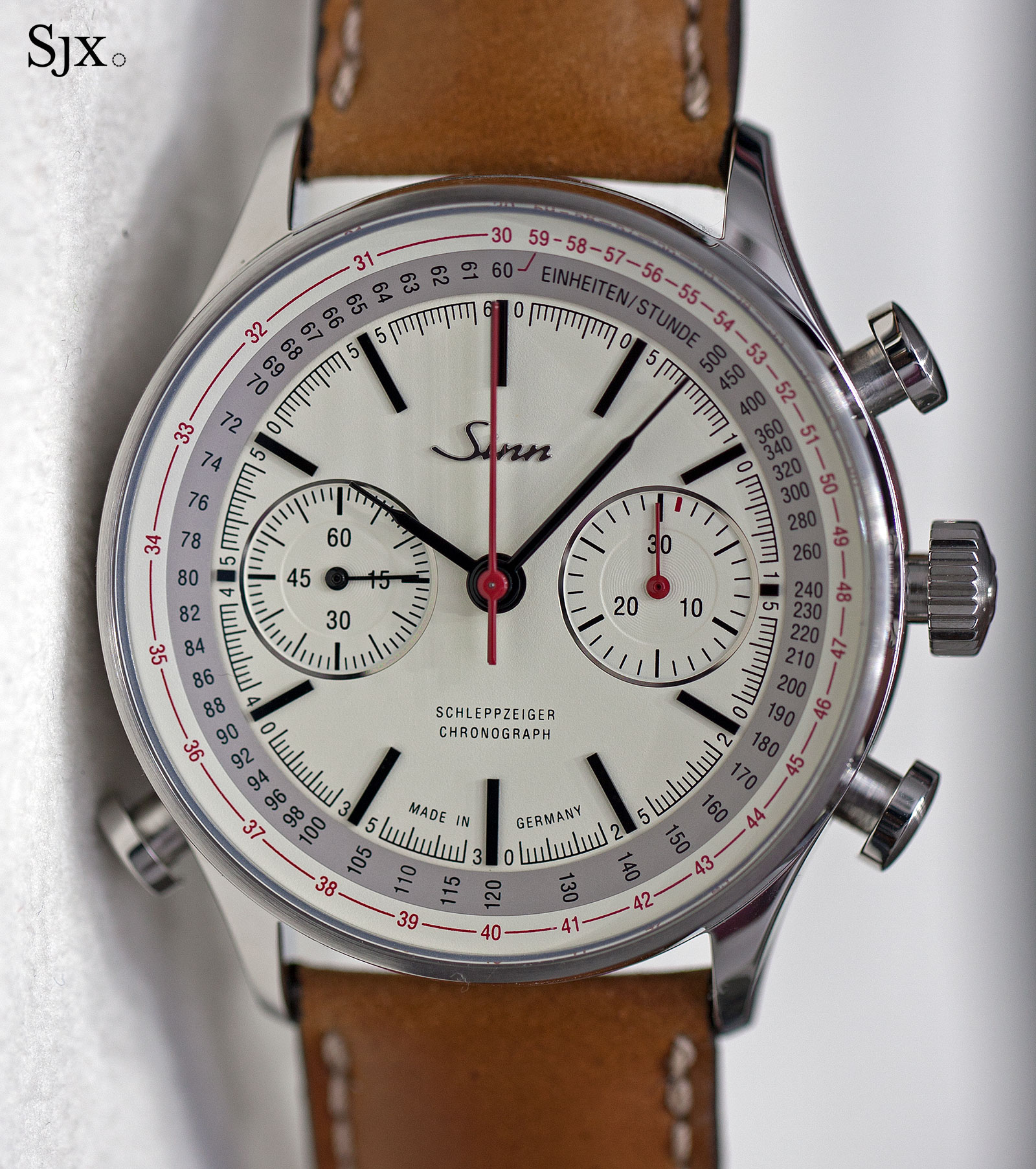 Sinn specialises in moderately priced and robust “tool” watches that are well loved by aficionados (and even by German navy’s elite commando frogmen). The Frankfurt-based watchmaker marks its 55th anniversary this year with a watch that is paradoxically typical of the brand, a split-seconds chronograph.

The 910 Anniversary is a rattrapante chronograph, capable of measuring twin elapsed times of up to a minute simultaneously. Originally devised for sporting events, split-seconds chronographs are now a novelty that embodies a bygone era in watchmaking, especially at the very highest end of watchmaking. Fortunately Sinn’s split-seconds is extremely affordable, thanks to the smartly constructed movement made by La Joux-Perret. A complications specialist that carved a niche for itself in modifying the basic but reliable Valjoux 7750, La Joux-Perret was one of the first companies to introduce an affordable split-seconds chronograph when it premiered the 7750-based movement in 1992. And the talented watchmaker who simplified the traditionally complex and unaffordable complication was none other than a very young Franck Muller, the man behind the eponymous brand. Though accessibly priced at just under US$6000 – in fact, this movement is typically found in more expensive watches when used by other brands – the calibre still has a column wheel as the on-off switch for the chronograph mechanism; La Joux-Perret’s modification of the movement includes replacing the lower end cam with the column wheel. Traditionally found in mid to high-end chronographs, the column wheel is prominent in the movement, having been blued via painting rather than the traditional heating. And this is not the only column wheel in the movement, a second one sits underneath the dial and controls the split-seconds function.

The decoration of the movement is appropriate for the price, being mostly simple and done by machine but nonetheless attractive. That being said, there are a handful of chronograph levers that are admirably well finished, with straight grained surfaces and polished, bevelled edges. Sinn gave the 910 Anniversary chronograph a vintage-ish look, with pump-style pushers on the 41.5mm case. It’s not overly large, but is slightly thick at 15.5mm high, a consequence of the chunky movement inside. Like with most other Sinn watches, the case is well constructed and neatly finished. The dial is ivory with a grained surface that features an applied Sinn logo at 12 o’clock, this being a limited edition. While managing to be legible and handsome, the dial up close reveals some slightly messy printing. Unusually the dial has an extended, two-tone tachymeter scale. Meant to measure velocity of an object over a fixed distance (calibrated here for kilometres per hour over a one kilometre distance), the tachymeter can measure anywhere from 500km/h down to a snail-like 30km/h. In contrast, most watches have tachymeters that stop at 60km/h. The 910 Anniversary is limited to 300 pieces and accompanied by a steel bracelet as well as an brown calfskin strap, along with the tools to exchange them. It’s priced at US$5940 or €5500 and available from Sinn retailers worldwide.