We launched the new website a month ago and now we are growing. If you love watches and can write about them – hopefully photograph them too – get in touch with a résumé and sample work. We’re seeking both full-time and part-time writers, based in Singapore but possibly elsewhere.

Welcome to the New Watches By SJX

We are proud to unveil the revamped Watches By SJX, designed by Singapore's leading design studio &Larry.

Being that time of the year, one can hope for gifts that will never come. It is after all the season of hope. In that tradition here is your correspondent's fantasy wish list for 2015. 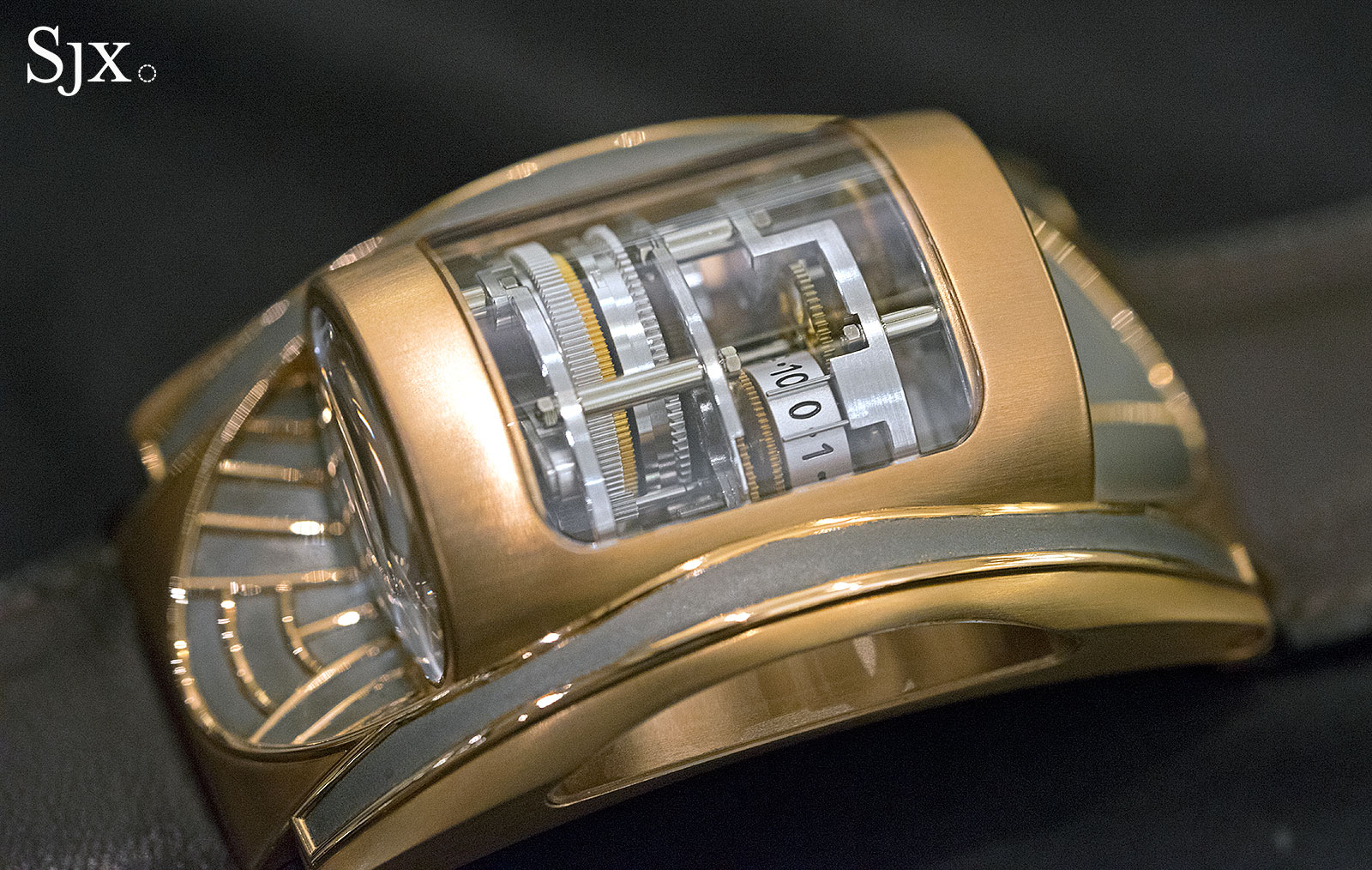 The Parmigiani Bugatti Type 370 made its debut in 2005, the same year the first Bugatti Veyron rolled off the production line. While the Veyron went on to become of the most famous automobiles in the world, even claiming the title of fastest production car ever, its horological equivalent has always retained a discreet profile. All the parts of the movement are stacked up in a cylindrical case that sits across the wrist, a form that’s inspired by a gearbox. The time is displayed on one end of the cylinder, while the other end reveals the balance wheel and escapement. Fully wound, the watch runs for 10 days, thanks to twin barrels, wound via a dynamometric pen that connects to a socket on the underside of the case. This particular Bugatti Type 370 wristwatch, the Mythe, is a one of a kind creation. It’s part of a trio of Bugatti watches (another being the Révélation) that’s the curtain call of the Bugatti Type 370. Unveiled in 2015 – one year after the last Bugatti Veyron was delivered – each of the watches is a one of a kind creation. The case of the Mythe is 18k gold, with raised stripes inspired by the grille of the Veyron. Grey ruthenium-plating with a frosted finish provides contrast with the warm hued rose gold.