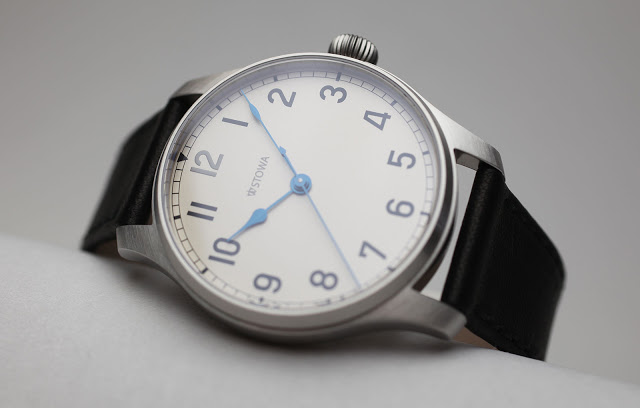 A collaboration between German watchmaker Stowa and Red Army Watches, a Singapore watch retailer, the Marine “Singapura Red Hill” commemorates an a fable about a heroic boy who saved an island kingdom from murderous fish, only to be executed by a spiteful monarch who resented the boy’s fame.

One of the tales in the Sejarah Melayu, a 15th century compendium of stories tracing the rise and fall of the Malacca Sultanate, an empire that once included Singapore, is that of a boy who saved a kingdom from vicious swordfish (though some say the creatures were garfish instead). According to the story, the island of Singapore was regularly assailed by menacing swordfish which impaled unsuspecting locals living on the coast.

The ruling Maharajah had no solution to the maritime attacks, until a clever boy suggested building a barricade of banana stems. The banana stem wall halted the swordfish advance, with the killer fish impaling themselves on the stems. Trapped on the barricade, the fish were swiftly killed by the Maharajah’s troops.

Soon the boy was feted as the island’s saviour, adored by the masses. But the envious Maharajah soon resented the boy’s popularity, and dispatched his men to kill the child, who lived on a hill. The murdered boy’s blood soaked into the hill, turning its soil red and giving it the name Bukit Merah, or “Red Hill”.

Named after this 500-year old legend, the Singapura Red Hill is the second watch made in collaboration with Red Army Watches, the first being the Flieger Lady Chin Swee. It’s based on the Stowa Marine, a wristwatch based on the deck watches Stowa once made for the German navy. The Stowa Marine has the same oversized Arabic numerals, blued steel hands and railway minute track found on the original deck watches. The dial is made of solid sterling silver with a matte, grained finish that’s covered with clear lacquer to prevent tarnishing, with the “12” printed in metallic silver ink to distinguish it from the ordinary Marine. And the stainless steel case is 40 mm in diameter, with a brushed finish on all surfaces. Inside is a ETA 2824, a robust automatic movement that’s been decorated enough to make it attractive. It’s visible through the display back, but can also be hidden by replacing the clear back with the second solid back engraved with swordfish rising from the waves.