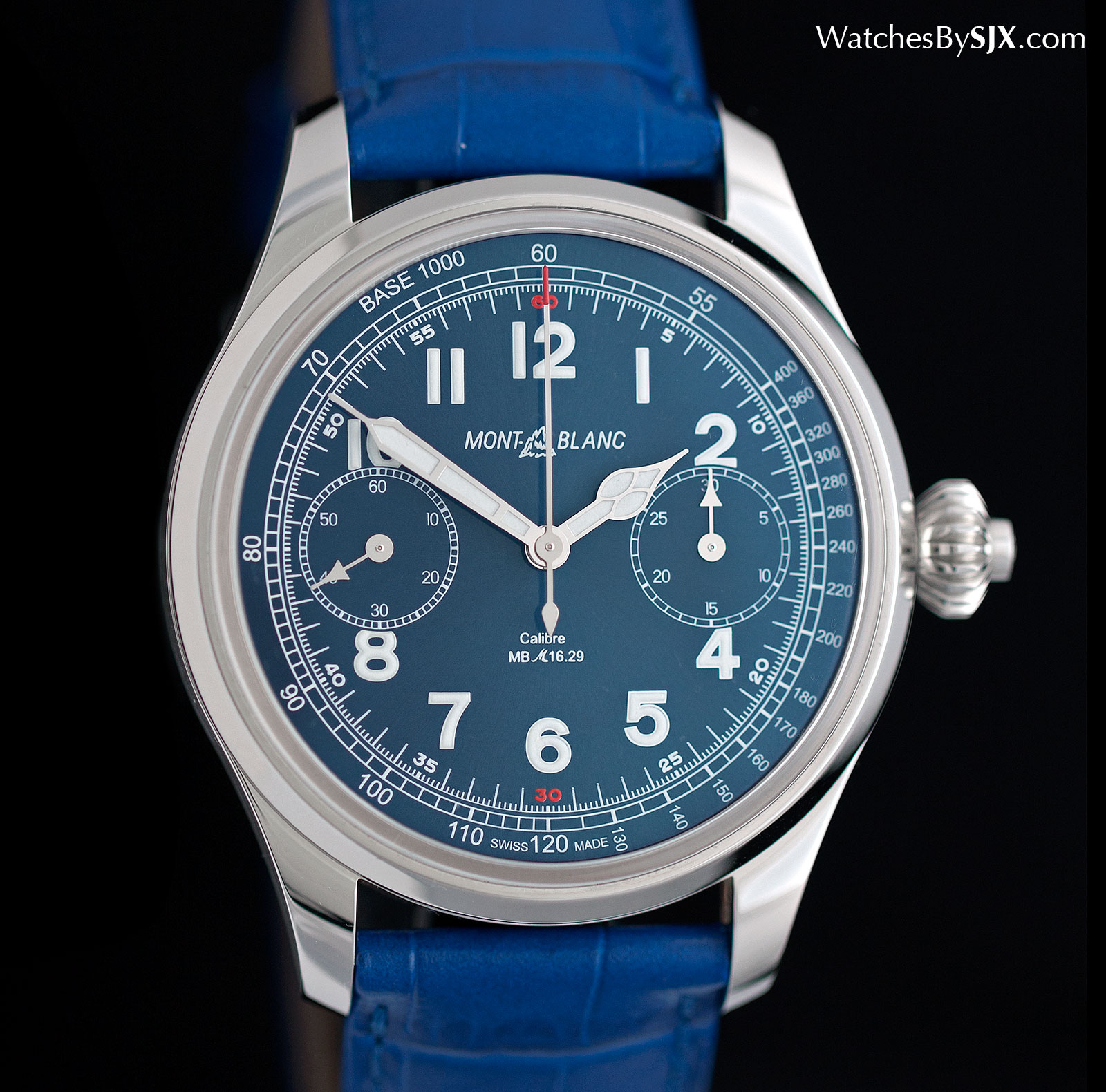 Big but coherently put together, the Minerva 1858 Chronograph Tachymeter has an appealing vintage look. It takes a good swing at recreating the look of a 1930s chronograph with the cathedral hands, large numerals and tachymetric scale. Though the metallic blue dial is distinctly modern, as is the font for the minute and telemeter markings, the overall look is convincing. A thoughtful detail is the retro Montblanc logo, though the calibre number at six o’clock is unnecessary. At 44 mm in diameter the case is large and feels so, while its form and finish are simple. Montblanc instead opted to put money where it really matters – and where this can distinguish itself from the competition. The chronograph pusher co-axial with the crown.

Its traditional appearance is reinforced by the decorative finishing, which is also satisfyingly old school. The effort put into finishing the steel levers of the chronograph is evident, as is the fine finishing of components that are less obvious. Take for example the bevelled and polished edges of the pallet fork bridge below the balance wheel, or the polished and rounded teeth on the barrel ratchet wheel. The Minerva 1858 Chronograph Tachymeter in stainless steel (ref. 114086) is priced at €25,000. It’s also available in red gold (ref. 112637) with a black dial and a price tag of €35,000. Both are limited editions of 100 pieces each. It’s worth noting the earlier, overly ambitious iterations of the Montblanc Minerva watches equipped with the same movement, but with more elaborate dials and cases, cost almost three times as much.