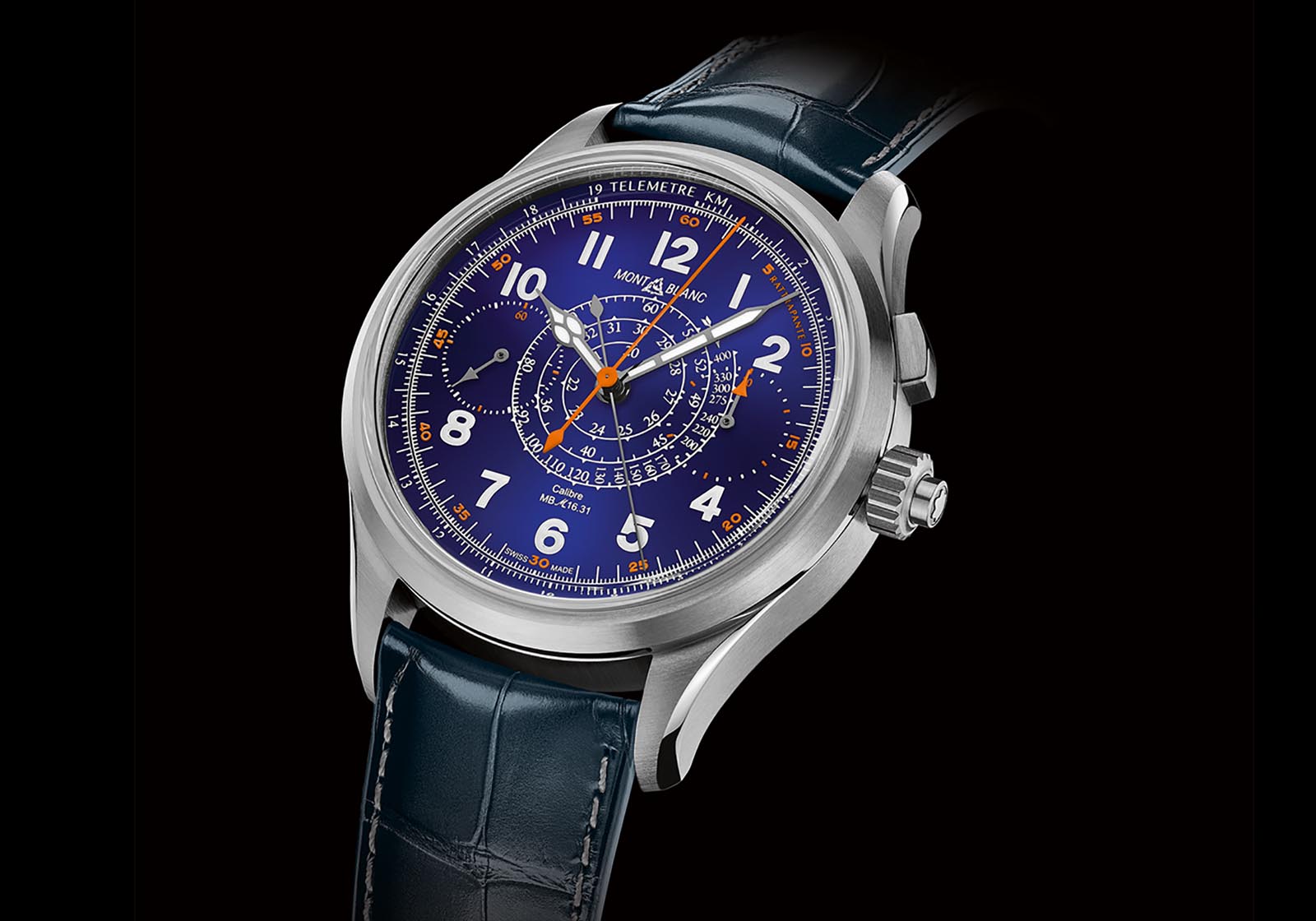 Just last year Montblanc unveiled the 1858 Split Second Chronograph, a Minerva-powered watch that was warmly received for being well-finished and complex, yet reasonably-priced. A retro-inspired, rattrapante mono-pusher chronograph, the watch cost US$30,000 – a solid deal as such things go. A few months after, Montblanc debuted the one-off Only Watch edition with titanium case and blue-agate dial that sold for a whopping 100,000 Swiss francs, with proceeds going to charity.

The brand has now stepped things up a notch with the 1858 Split Second Chronograph Limited Edition 100 that channels the spirit of the Only Watch edition, featuring the same titanium case and paired with a fired enamel dial in graduated blue. Despite the similar styling, the new watch costs a lot less than the record-setting Only Watch Edition – but isn’t quite as good value as last year’s model. 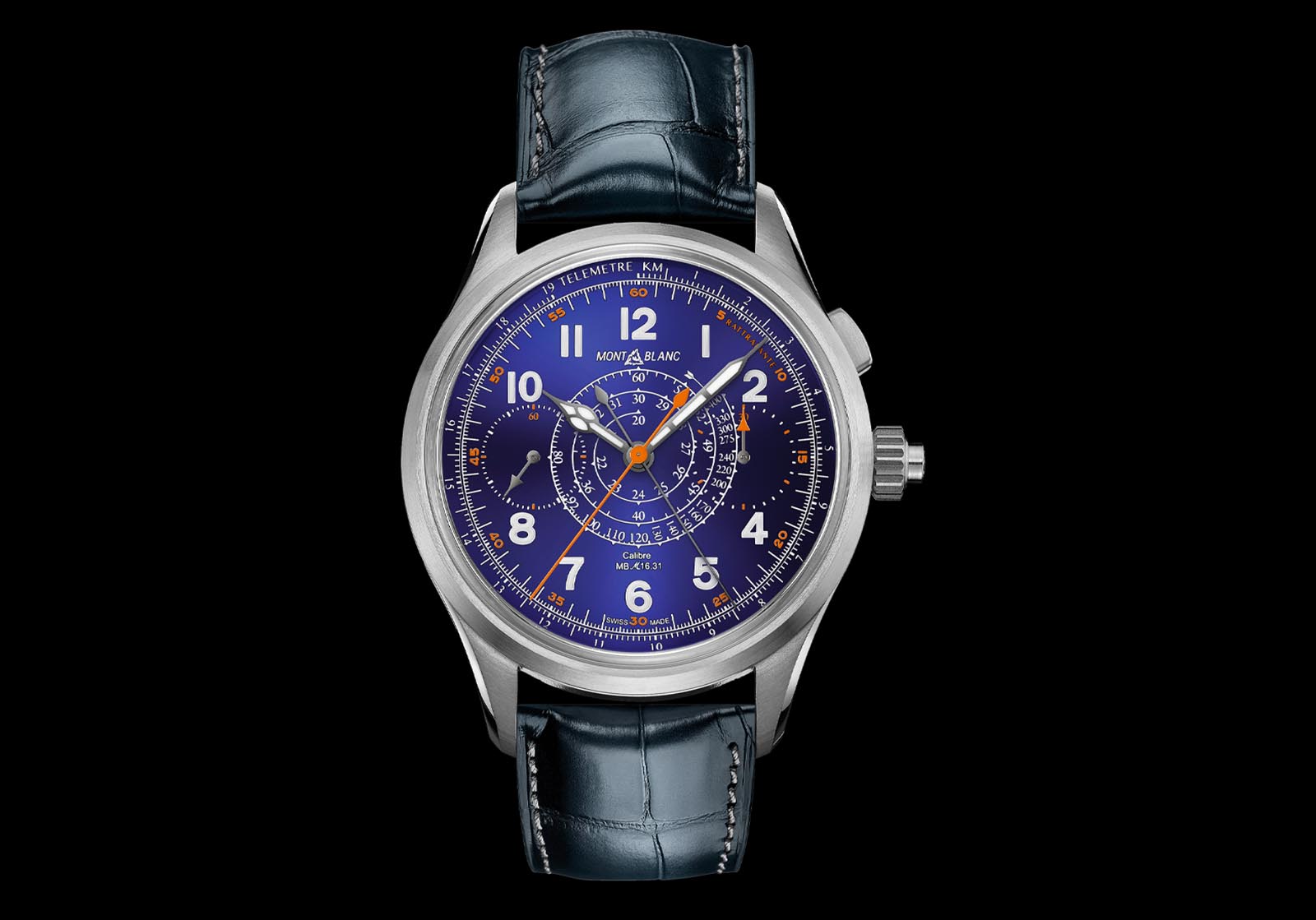 And that’s because while the bronze model had an ordinary dial of brass, this has been upgraded with a grand feu enamel dial, leading to a jump in the retail price of about US$7,000, which is about the typical premium for such a dial.

The enamel dial starts off as a solid-gold disc, which is painted with a mixture of enamel powder, water and oil. It is then fired in an oven at over 800℃, melting the enamel powder and fusing it to the gold base. The process of adding enamel powder and firing is repeated multiple times so as to achieve the desired depth of colour.

But unusually, the dial is a smoked blue that darkens towards the edges, a delicate graduated finish is achieved by carefully varying the thickness of the enamel; a thicker layer of enamel results in a darker shade. Once complete, the dial is finished with a layer of translucent enamel, and the markings on the dial are then printed on top. 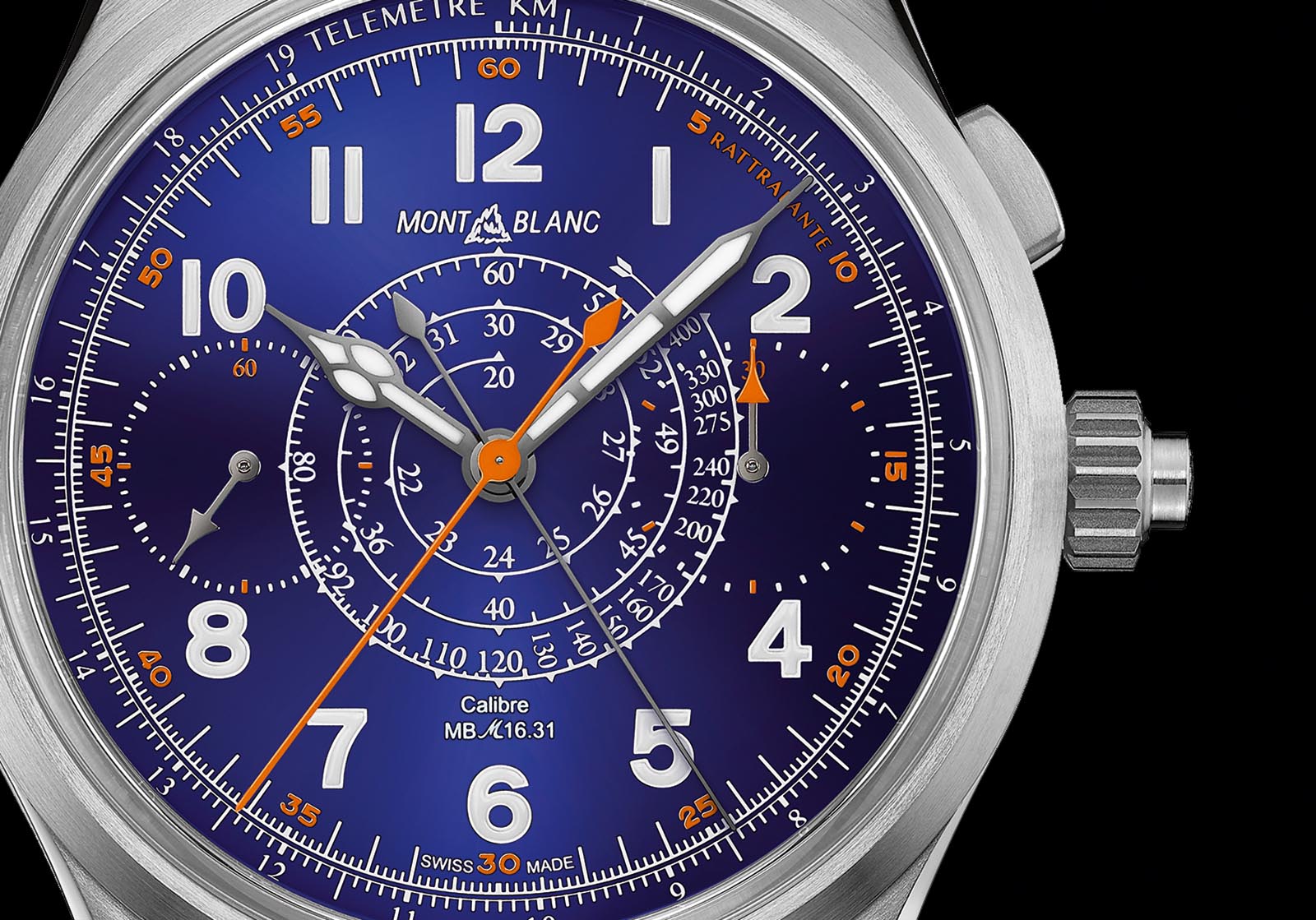 Appreciably, the dial dispenses with the faux-aged “lume” found on the original bronze model, removing the vintage affectation found on most 1858 models. The cathedral hands and numerals are instead filled with clean, white Super-Luminova.

The design of the dial is otherwise identical to the original version. Inspired by 1930s aviator’s chronographs made by Minerva, it features a telemeter on the outermost track and a snail-shaped tachymeter in the centre.

The case is 44 mm wide and 14.55 mm high but being titanium is fairly lightweight despite the dimensions. It’s finished identically to last year’s bronze version, with matte brushing for the case flanks and top of the lugs that’s separated by a wide, polished bevel.

Visible through the sapphire case back is the hand-wound and hand-finished MB M16.31. It is essentially the MB M16.29 that’s derived from a 1930s pocket watch movement, but with the addition of a split-seconds mechanism. With the vintage origins, the movement is replete with vintage details. The large balance wheel beats at a low frequency of 2.5 Hz and is attached to an in-house, overcoil hairspring adjusted with a swan’s neck regulator.

With its bridges in rhodium-plated German silver, the movement is exquisitely decorated with Geneva stripes on the bridges, perlage on the base plate, as well as prominent polished bevels on the edges of the chronograph levers. 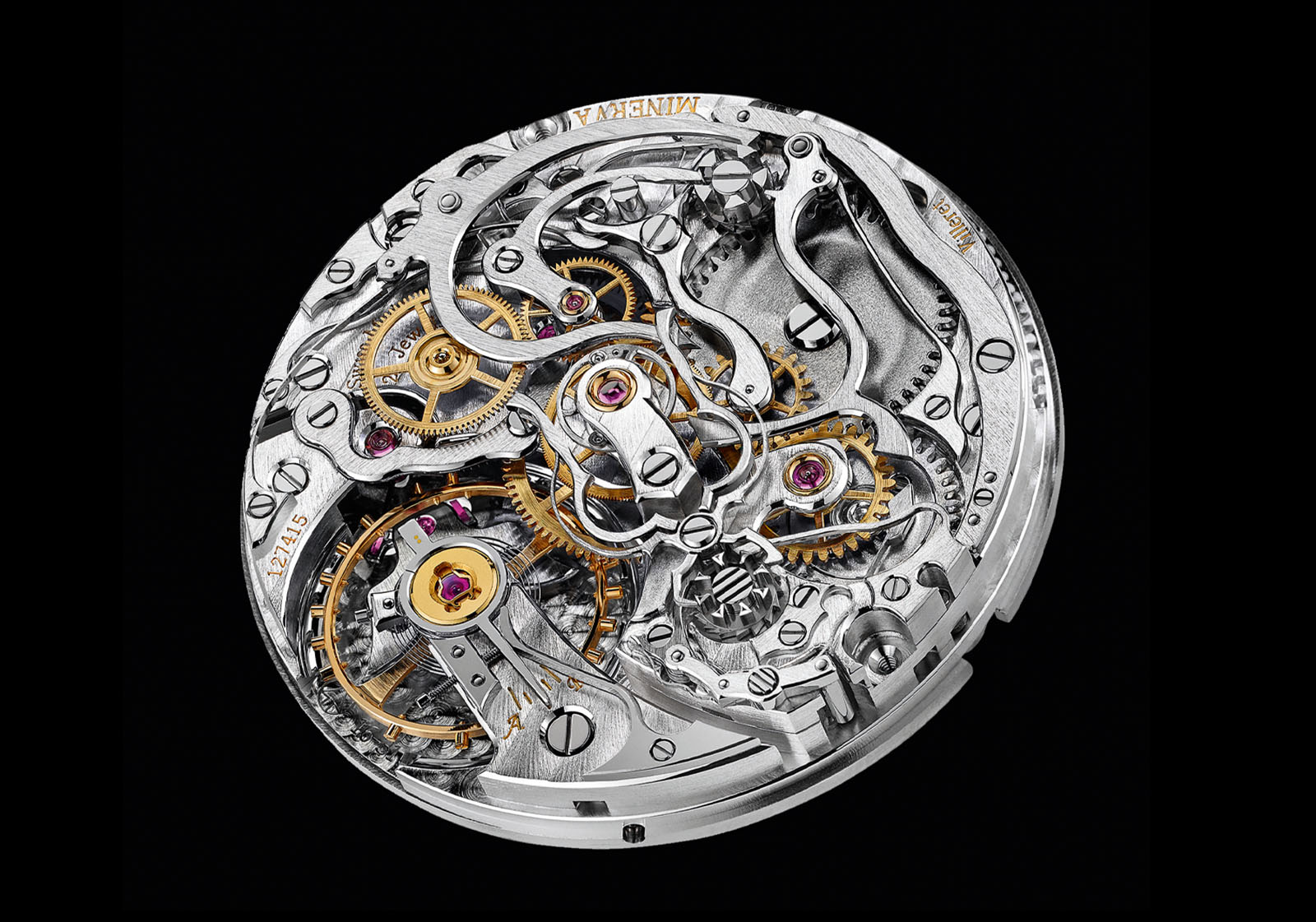