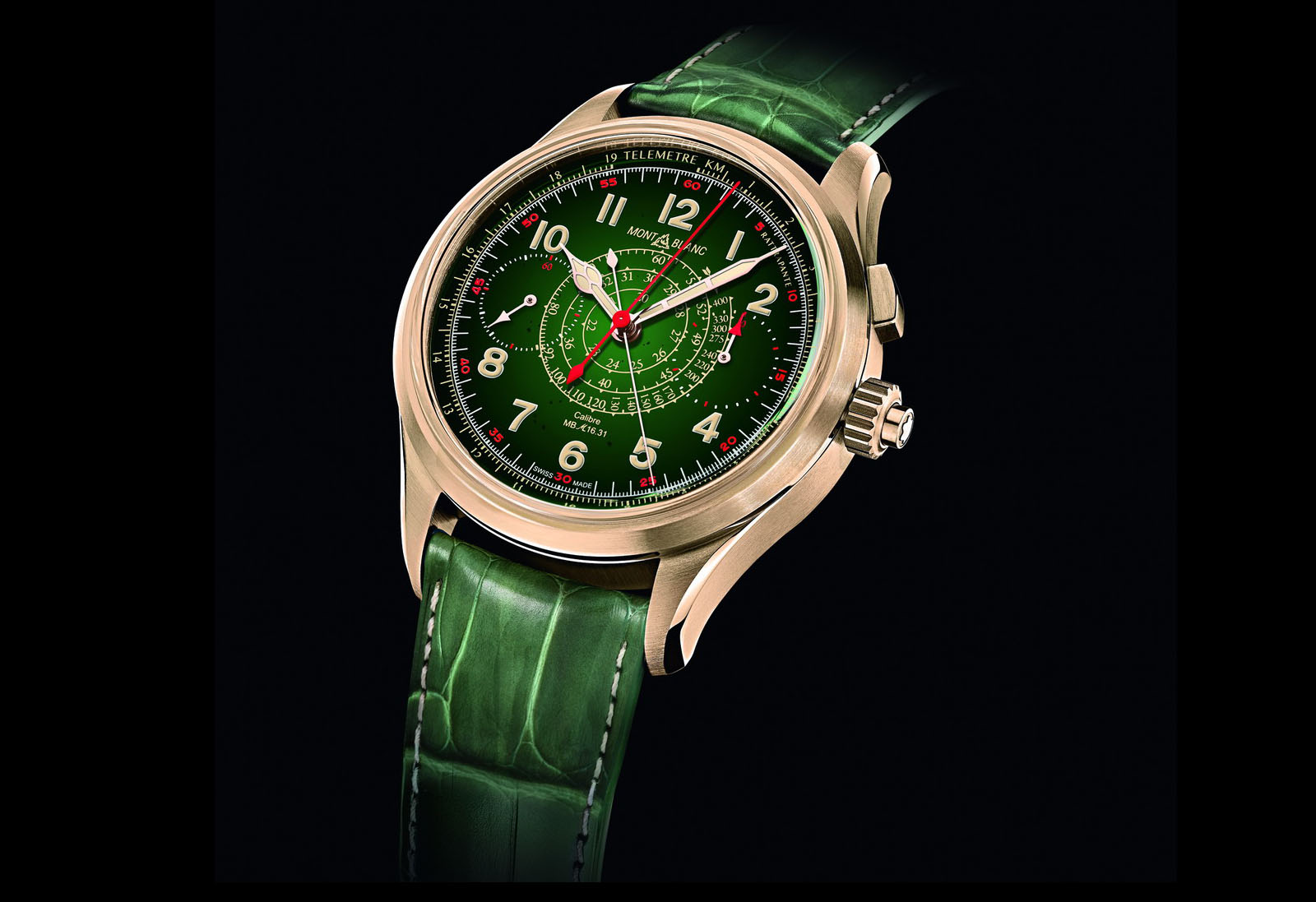 Following the launch of the one-of-a-kind 1858 Split Second Chronograph with a blue agate dial for the upcoming Only Watch charity auction, Montblanc has unveiled a limited edition in bronze with a nephrite jade dial.

The eight-piece edition was created for Salón Internacional Alta Relojería (SIAR), a big watch fair in Mexico City attended by most major brands, explaining the green dial with red accents – a nod to the Mexican flag. 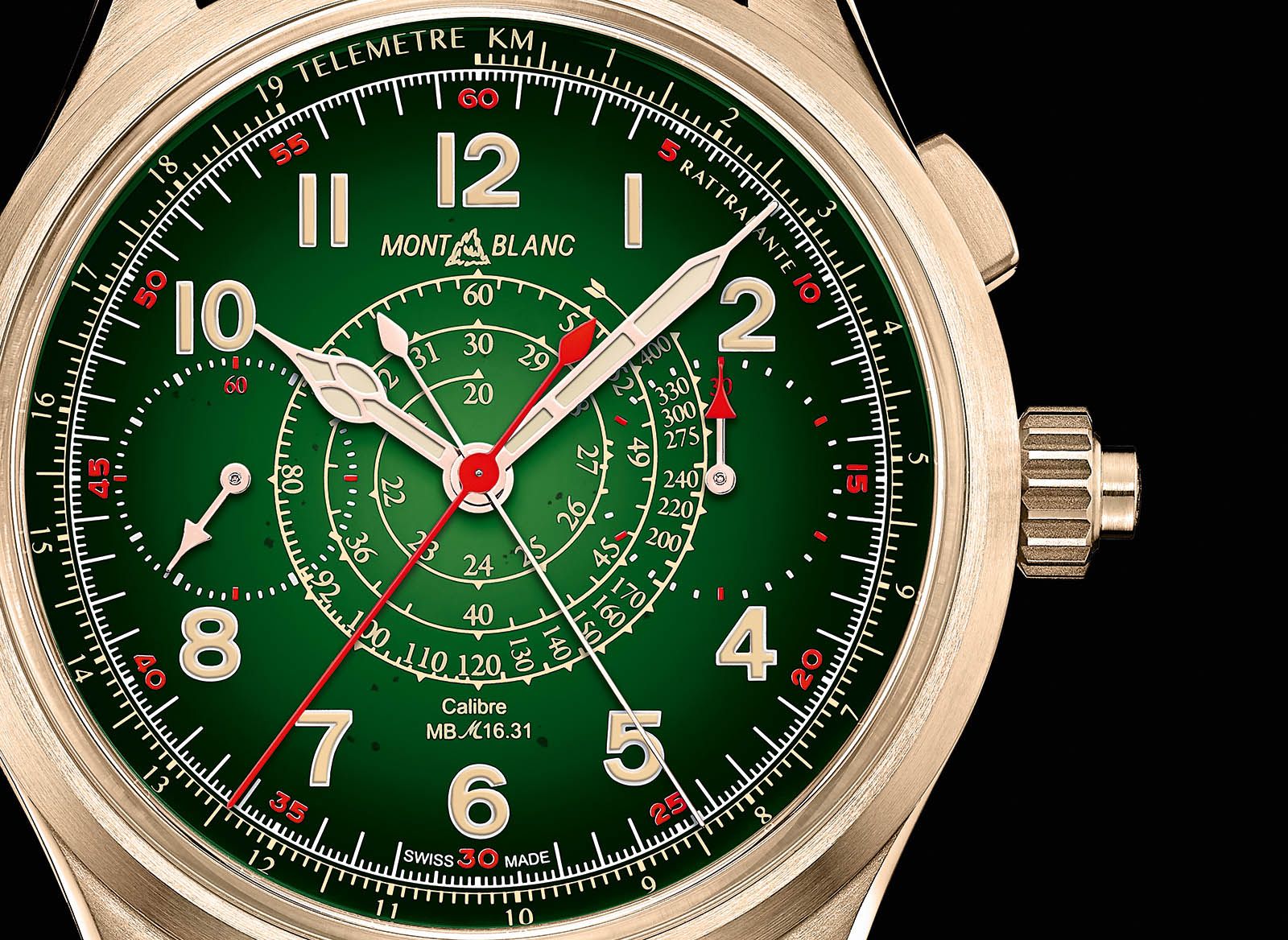 Though the bronze-and-green livery has been applied to multiple models in the 1858 range, the new SIAR edition adds a fascinating point of departure, with the dial being a semiprecious stone rather than the usual lacquered brass.

The dial is essentially a thin slice of nephrite, a mineral better known as jade. It’s usually dark green, but sometimes also yellow or white; white nephrite is known as “mutton fat” jade in China and highly prized. The other mineral also known as jade is jadeite, but it’s harder, denser and often found in brighter colours.

Mechanically and aesthetically, the watch is as retro as it gets. The design of the dial was inspired by a pilot’s chronograph produced by Minerva in the 1930s. It has a double chronograph scales – a telemeter on the outer rim and a snail-shaped tachymeter in the centre.

The rose-gold plated cathedral hands and Arabic numerals are coated with faux-aged lume, as on the regular production model. The red seconds numerals and hand adds a rich contrast against the pleasingly busy dial, ensuring greater legibility.

While the dial is special, the rest of the watch is identical to the standard model unveiled at SIHH earlier in the year. The case is bronze and measures a large 44mm wide and 14.55mm in height.

A single pusher embedded in the crown starts, stops and resets the chronograph, while the pusher at two o’clock activates and resets the rattrapante, splitting the two chronograph seconds hands, allowing the watch to record twin, simultaneously elapsed times of up to one minute.

The size of the watch is not caused by the complication, but because the calibre inside was derived from a pocket watch movement.

Visible through the sapphire case back is the stunning, hand-finished MB M16.31. It is essentially the MB M16.29, which was derived from the pocket watch cal. 17-29 of 1929, but with the addition of a split-seconds mechanism on top.

The MB M16.31 is beautifully decorated with Geneva stripes, perlage and anglage, all done the traditional way. For instance, the anglage, or polished bevels, is executed with a stick of Gentian wood instead of a polishing wheel. And the movement includes with the signature Minerva arrowhead chronograph lever and a large balance wheel that beats at a traditional frequency of 2.5Hz. 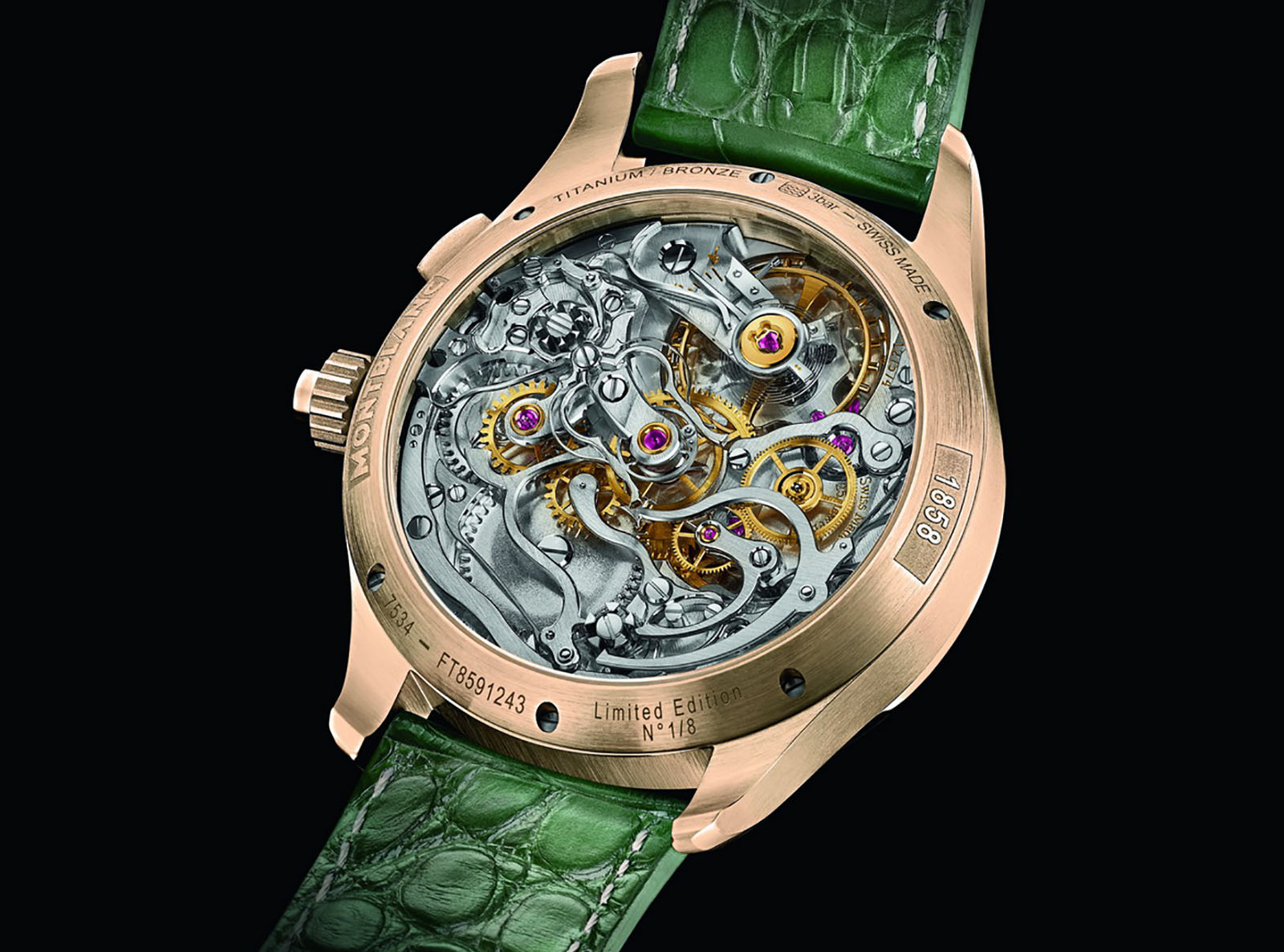