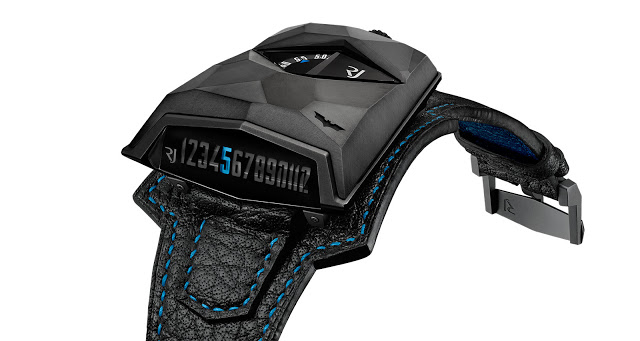 Made entirely from black-coated titanium, the Spacecraft Batman is the second Dark Knight-inspired wristwatch from Romain Jerome. It indicates the time via a horizontal jumping hour on the front, with the minutes shown on the top of the case.