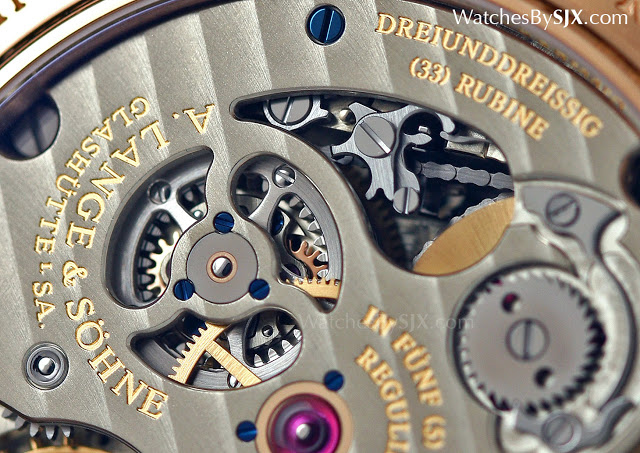 Arguably the most famous obstacle to good timekeeping is gravity and its effect on the balance, largely thanks to the proliferation of tourbillons and the enthusiastic efforts to sell them. But there exists another issue that has confronted watchmakers for just as long, though not quite as visually engaging as gravity and the tourbillon: the uneven power delivered by the mainspring. The power from by the mainspring is excessive at the beginning and insufficient at the end, with only the flat middle portion of the power optimally suited for good timekeeping.

An S-shaped, tightly wound strip of metal ribbon, the mainspring stores and releases the power that keeps a mechanical watch going. It delivers power to the gear train as the mainspring unwinds inside the barrel, keeping the whole mechanism going. But as the power declines, the amplitude of the balance wheel falls. That’s bad for timekeeping, so several solutions have emerged to that problem. They fall into two categories: those before the gear train like the chain and fusee, and those after, constant force escapements for example.

(It’s worth noting that these solutions are most logical when applied to manually wound watches that are wound one a day or less. Self-winding movements should in theory stay running within the flat middle of the torque curve since they are constantly being wound while on the wrist.) Stopping before the end One of the most basic solutions is the stop-work mechanism, which halts the barrel before it’s completely, and sometimes also prevents it from being wound to the maximum. A prime example is the self-winding IWC calibre 5000 that’s powered by one enormous mainspring. Advertised as having a seven-day power reserve, the calibre 5000 can actually run an extra day longer but a planetary gear linked to the barrel stops it at seven days. The same is true for the L951.1 movement in the first generation Lange Datograph, which runs for a mere 36 hours, and a couple more without the stop-work mechanism. And it’s also found in the F.P. Journe Octa automatic movements, which can run for longer than the specified 120 hours. Fixing the problem at its source One of the oldest solutions to the problem is the chain and fusee, dating back to the 15th century. Found in clocks and then pocket watches, the chain and fusee is a simple idea: wrapping a chain around a grooved cone (fusée means spindle in French) with the other end of the chain attached to the barrel. The horological equivalent of a variable gearbox, the fusee sits between the barrel and the centre wheel of the gear train. The chain and fusee relies on the principle of leverage to work. When the mainspring is fully wound, the chain is wrapped around the fusee with the barrel pulling it from the top of the cone. As the mainspring unwinds, the chain unwinds from the fusee as its diameter progressively increases towards the base of the cone. And when the mainspring is near exhaustion, one end of the chain is nearing the base of the fusee, its widest point, while the rest is mostly wound around the barrel. As the chain migrates from the fusee to the barrel, the torque delivered by the fusee to the centre wheel increases, due to the leverage of the fusee which increases along with the effective diameter (from top to base of the cone). This in turn compensates for the drop in torque from the mainspring as it unwinds, ensuring that the torque is consistent regardless of the mainspring’s state of wind. A simple but effective idea, the chain and fusee found its way into wristwatches only fairly recently, when A. Lange & Söhne introduced the Pour le Mérite Tourbillon in 1994. Notably the L902.0 movement in the Pour le Mérite Tourbillon also has a stopwork mechanism, stopping the barrel just before the mainspring unwinds completely. Since then the chain and fusee has been used in a handful of other wristwatches, including the Zenith Academy Christophe Colomb Hurricane (above) and Romain Gauthier’s Logical One which uses a snail-shaped cam instead of a cone, reducing the space required for the mechanism.  But the chain and fusee has never been adopted widely because it is is hard to execute (the chain is made of individual links) and also takes up tremendous amounts of space inside the case. The space occupied by the fusee means the mainspring has to be small, so watches with chain and fusee mechanisms cannot have long power reserves, illustrated by the Richard Lange Pour le Mérite’s 36-hour power reserve.

A more modern solution lies with novel materials for the mainspring, like the parylene-coated fibreglass mainsprings in the Cartier ID Two concept watch. The ID Two has four such mainsprings providing a minimum of 32 days power reserve, despite not being extremely large; the movement is just 31.5mm in diameter. Fibreglass stores more energy than the equivalent alloy mainspring, and it delivers more linear torque. Advances in materials promise far more practical results than anachronistic devices like the chain and fusee, but fibreglass is completely devoid of romance.

Like the chain and fusee, the remontoir is several centuries old, but only made its way into wristwatches recently when F.P. Journe unveiled the Tourbillon à Remontoir d’Egalité in 1999. Since then remontoirs have found their way into a number of watches, not only for constant torque to the escapement, but also to manage the power consumption of complications like jumping hours in the Lange Zeitwerk Minute Repeater, or in the case of the Richard Lange Perpetual Calendar Terraluna, the excessive power from two very large mainsprings.

A remontoir used for constant force to the escapement typically operate frequency of once a second, conveniently allowing a deadbeat seconds to be mounted on it. F.P. Journe’s tourbillon has such a feature, as does the IWC Ingenieur Constant-Force Tourbillon. The Lange Zeitwerk Minute Repeater, however, uses a remontoir for a different reason. Because the discs for the display jump ever minute, the bursts of energy are required to move the discs. This energy is stored over a minute by the remontoir spring, then released instantaneously when the minute changes, preventing a sudden diversion of torque from the escapement.

The true constant force escapement  Finally there is the true constant force escapement that needs no remontoir. Recent developments in this area have been made possible by the advent of silicon for movement components. One of the first was the Girard-Perregaux Constant Escapement. It uses a silicon blade connected to the escape lever, which buckles and flexes as the balance wheel oscillates. Because of the properties of silicon and the shape of the blade, it buckles and flexes in the exact same way each time, meaning that the escapement works with a constant impulse every time.

Also dependent on silicon is the Ulysse Anchor Escapement that works like a traditional lever escapement. Instead of being pivoted on its bottom as in a regular escapement, the pallet fork in the new Ulysse Nardin escapement is part of a larger piece made entirely of silicon, which has four thin blades linked to the anchor. Two are for stability, while the other two blades are each angled ninety degrees. When the pallet fork swings from side to side, these angled blades bend and then snap back, providing an impulse to the pallet fork. Because of the material and design, the Ulysse Anchor Escapement functions with practically no friction or energy loss. And then there’s the most recent addition to the field, the Vaucher Genequand escapement that remains a prototype. It was invented by Pierre Genequand, a engineered retired from CSEM, the Swiss research lab responsible for turning silicon into a material for watchmaking. Genequand developed the concept together with movement maker Vaucher, the sister company of Parmigiani, that is now working to commercialize the idea.

The Genequand escapement relies on slender flexible structures made of silicon in both the escapement and balance. An anchor with long, thin silicon arms that resemble insect limbs lock and unlock the escape wheel, while the balance wheel is replaced by a Wittrick oscillator. Made of silicon, the oscillator is a one-piece construction that includes the hairspring. When installed in an ordinary movement, the Genequand escapement extends the power reserve from two days to at least one month – a 15-fold increase – without altering anything else. New materials will make constant force escapements an affordable, widely implement reality – in the distant future. In the meantime watch collectors will have to satisfy themselves with the ingenuity and craft of ancient inventions like the chain and fusee.