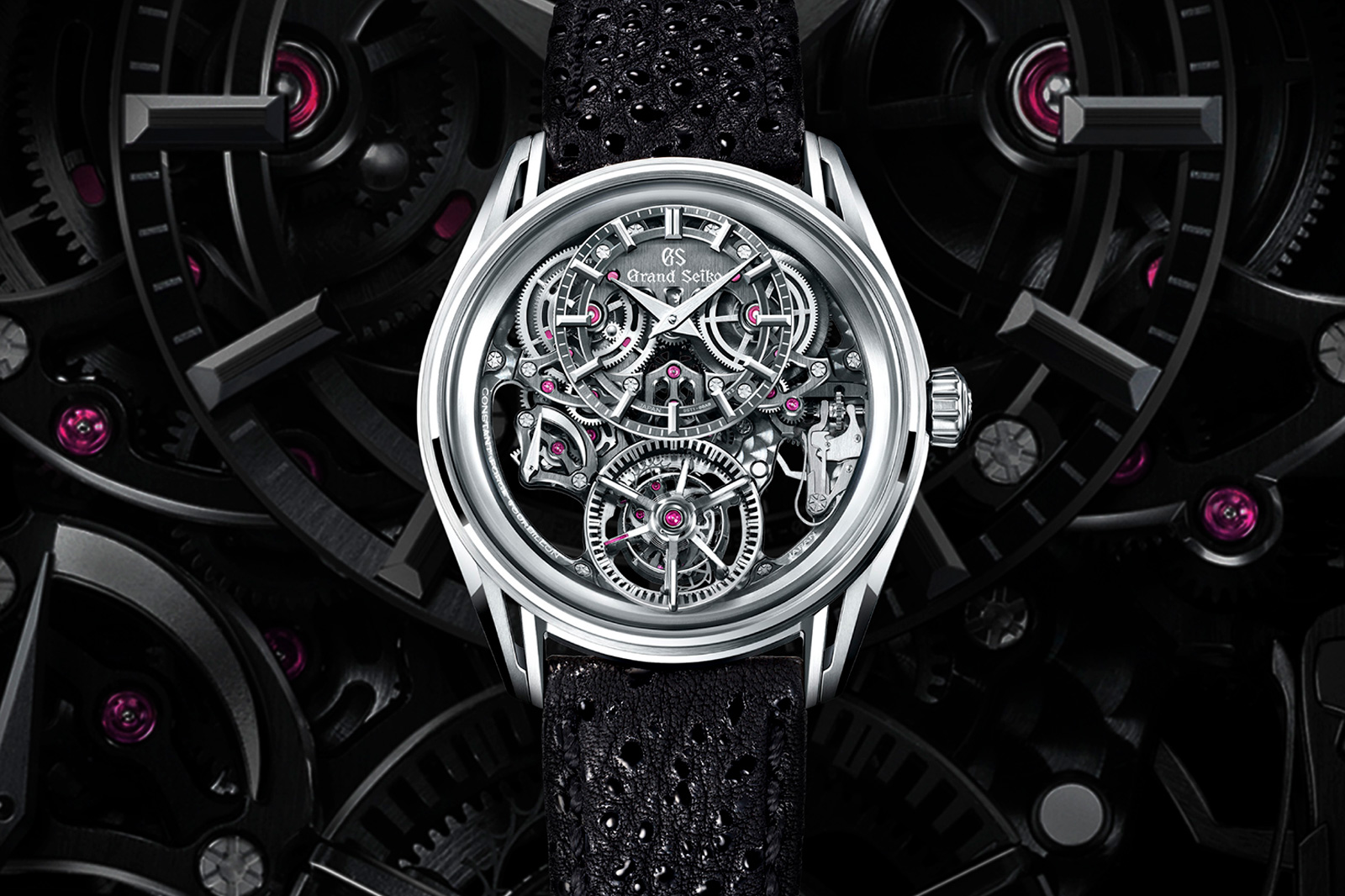 Unveiled in 2020, the Grand Seiko T0 Constant-Force Tourbillon was a surprisingly complicated movement from a watchmaker that has historically focused on no-nonsense, everyday watches.

In interview with us last year, Seiko chief executive Akio Naito promised not to “keep people waiting for too long” and he has kept to his promise. Just two years after the T0 concept was revealed, its commercially available counterpart  version has arrived in the form of the Kodo Constant-force Tourbillon SLGT003.

With a case that’s a mix of platinum and titanium, the SLGT003 has a movement that’s slightly different from the T0 concept. Its cal. 9ST1 retains the all-important constant-force mechanism integrated into the tourbillon cage, though the movement overall has been trimmed down slightly in both size and artistic expression – though it still has an aesthetic that is extreme by Grand Seiko standards. 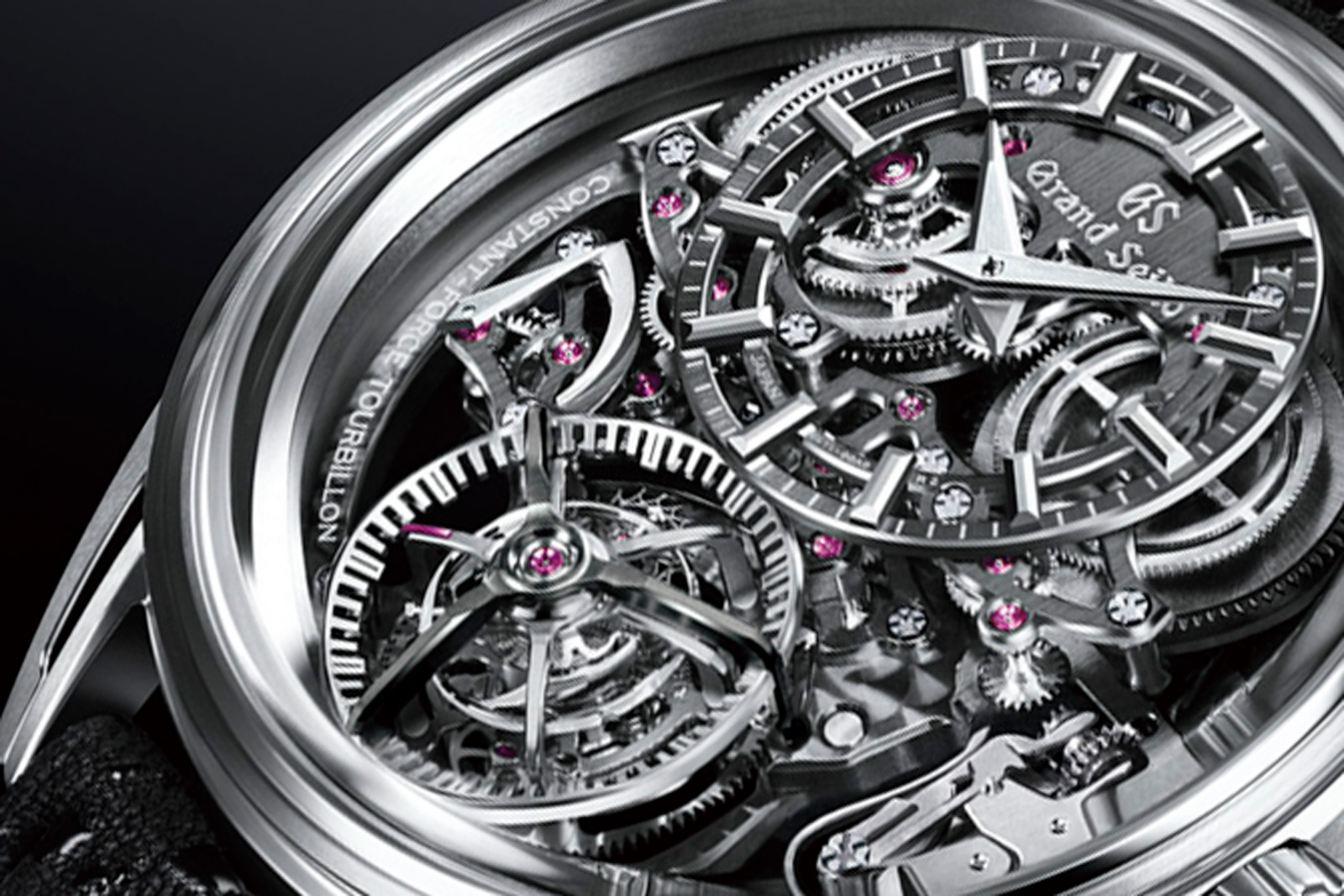 The SLGT003 is a lot of watch: a skeletonised movement combining a tourbillon and a constant-force mechanism accompanied by a dead-beat seconds. And it also has twin barrels and a power reserve indicator.

The SLGT003 is intriguing and impressive is to say the least. The amalgamation of several complications perfectly showcase the brand’s newfound prowess in complicated watchmaking, elevating the brand to another level entirely, one comparable with independent watchmakers. And it also marks a milestone for a watchmaker from Asia.

But the design is over the top, moving away from the understatement and elegance traditionally associated with the Japanese brand. The all-out design is reminiscent of watchmakers like Jacob & Co.. That said, the design is logical if seen from the perspective of making a statement: Grand Seiko is new to this arena and is making a grand entrance. 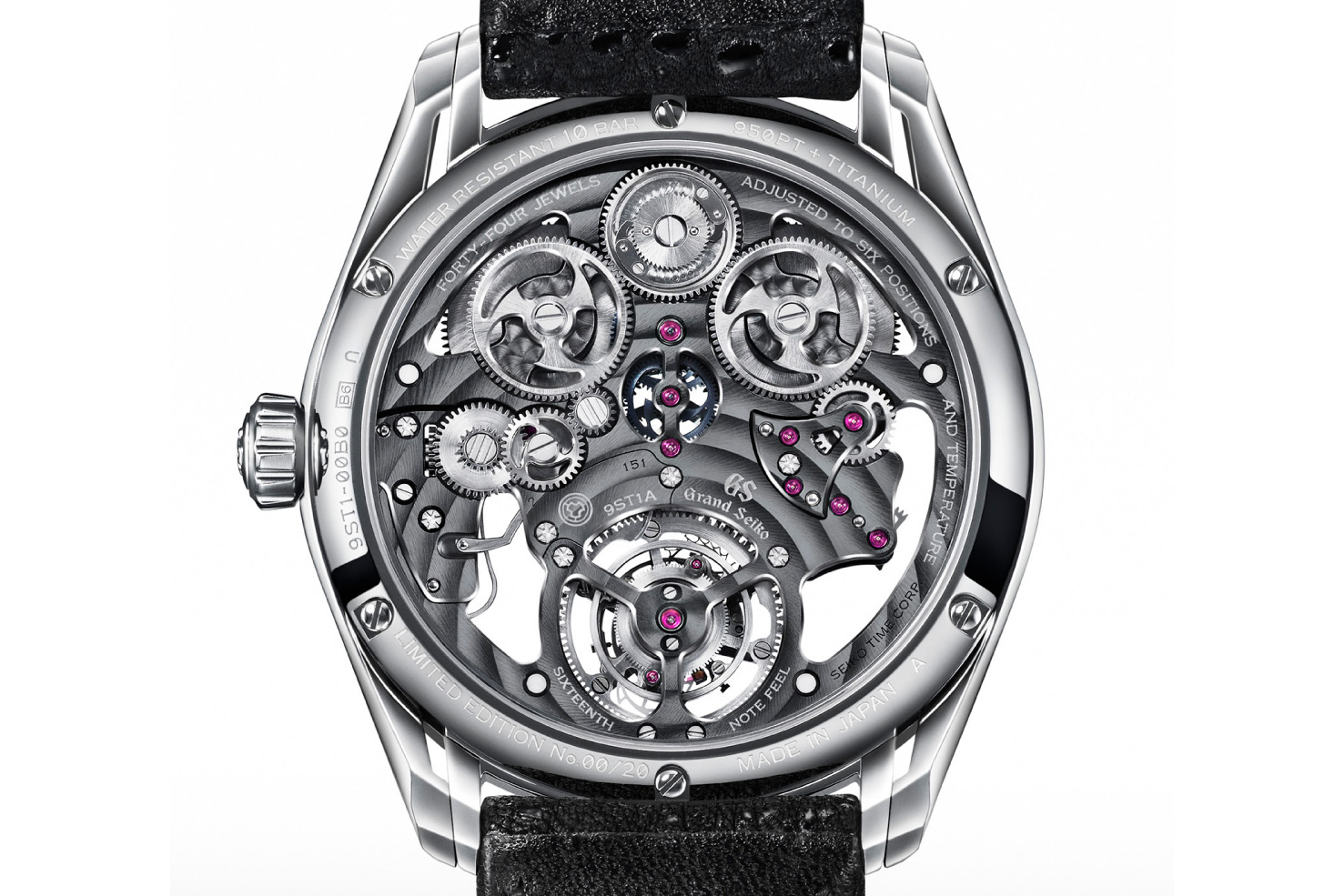 While Seiko developed tourbillons in the past, combining that with a constant-force mechanism is a first for the brand. Since both mechanism are classic solutions in chronometry, the combination complements with Grand Seiko’s traditional emphasis on precision timekeeping.

The execution of the concept is unusual. The constant-force mechanism is integrated into the tourbillon, resulting in two carriages under the tourbillon bridge. 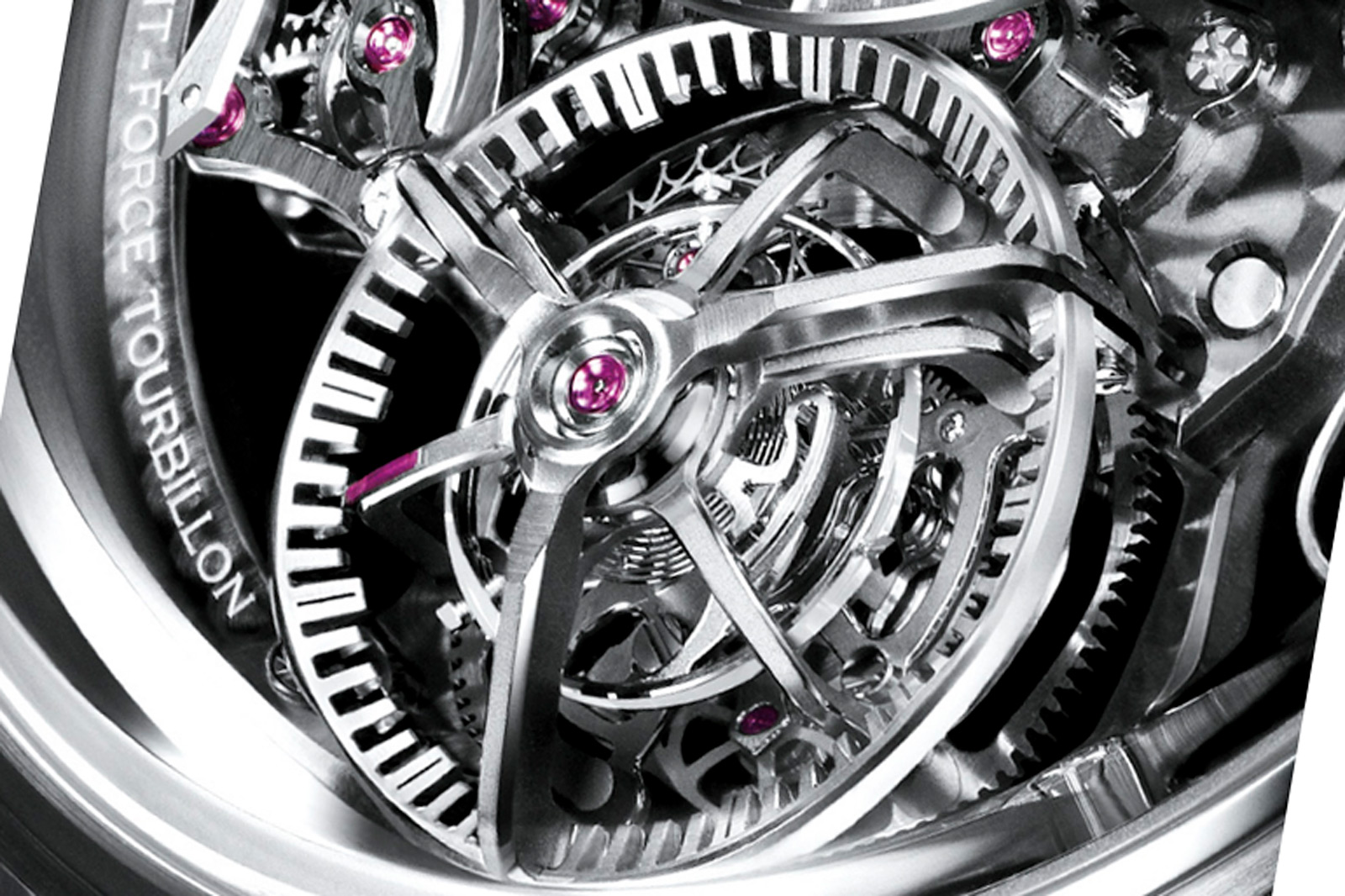 The process then repeats, which means the torque that tourbillion receives is in equal portion every second, hence the constant-force tourbillon.

All of that complication results in superior timekeeping according to Grand Seiko. The movement is rated to +5/-3 seconds a day in static testing conditions (presumably ones similar to that of a COSC chronometer test), but intriguingly Grand Seiko states that the estimated daily variation is within +5/-1 seconds a day in the course of ordinary daily wear. 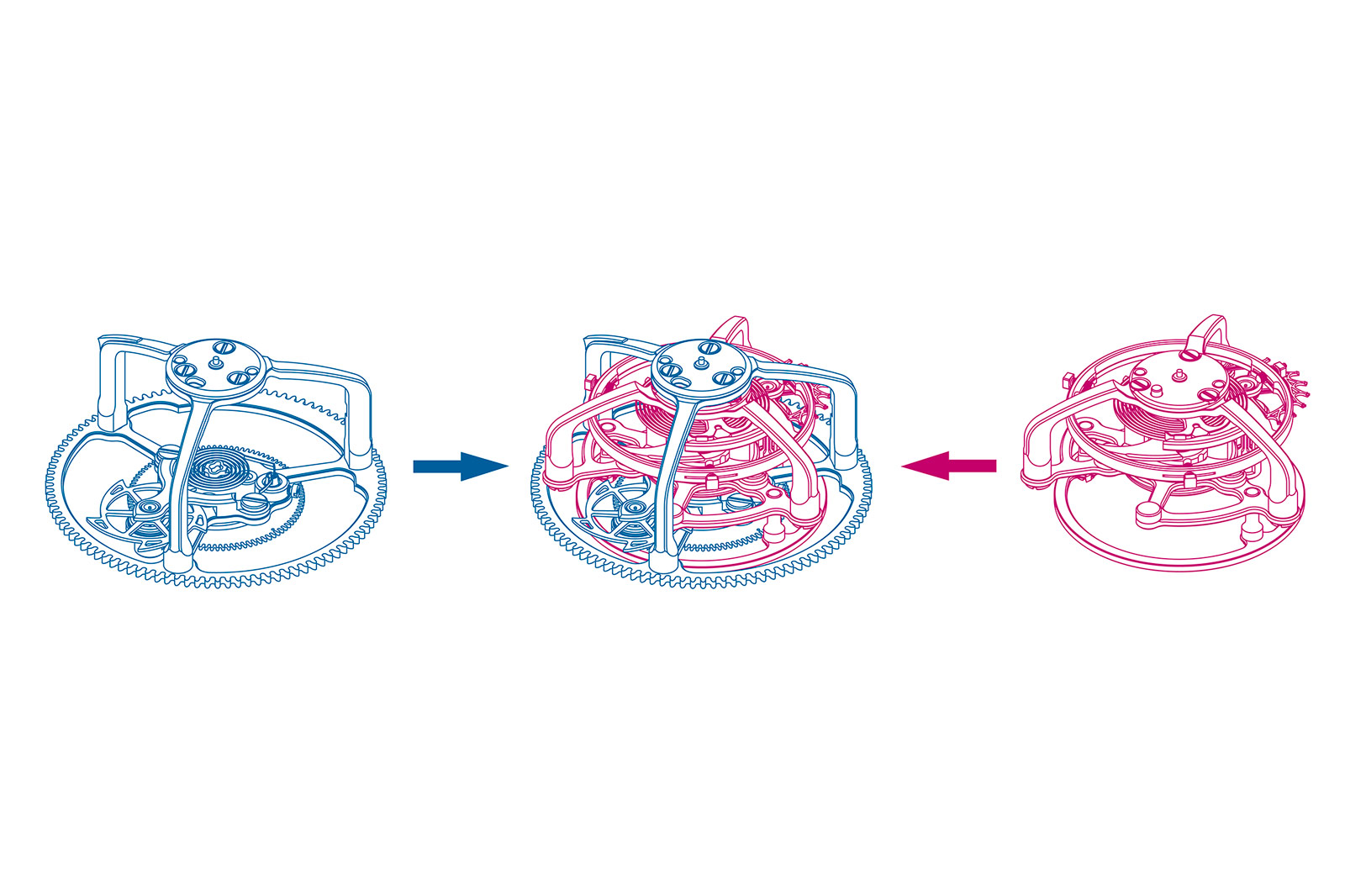 The remontoire (left) and tourbillon (right), with the combination in the centre

Compared to the T0 concept, the 9ST1 movement is toned down in its style. The carriages, as well as the hands, are now in uncoloured steel, leaving them the same shade as the rest of the movement, instead of being heat blued.

And the sub-dial for the time has been tweaked for better legibility. Made up of two concentric rings with with 12 baton indices, the sub-dial with its dauphine hands is the only element of the entire watch that is recognisably Grand Seiko.

As for the case, it is a combination of platinum and Brilliant Hard Titanium, a titanium alloy that’s proprietary that can be polished to a finer sheen than conventional titanium. 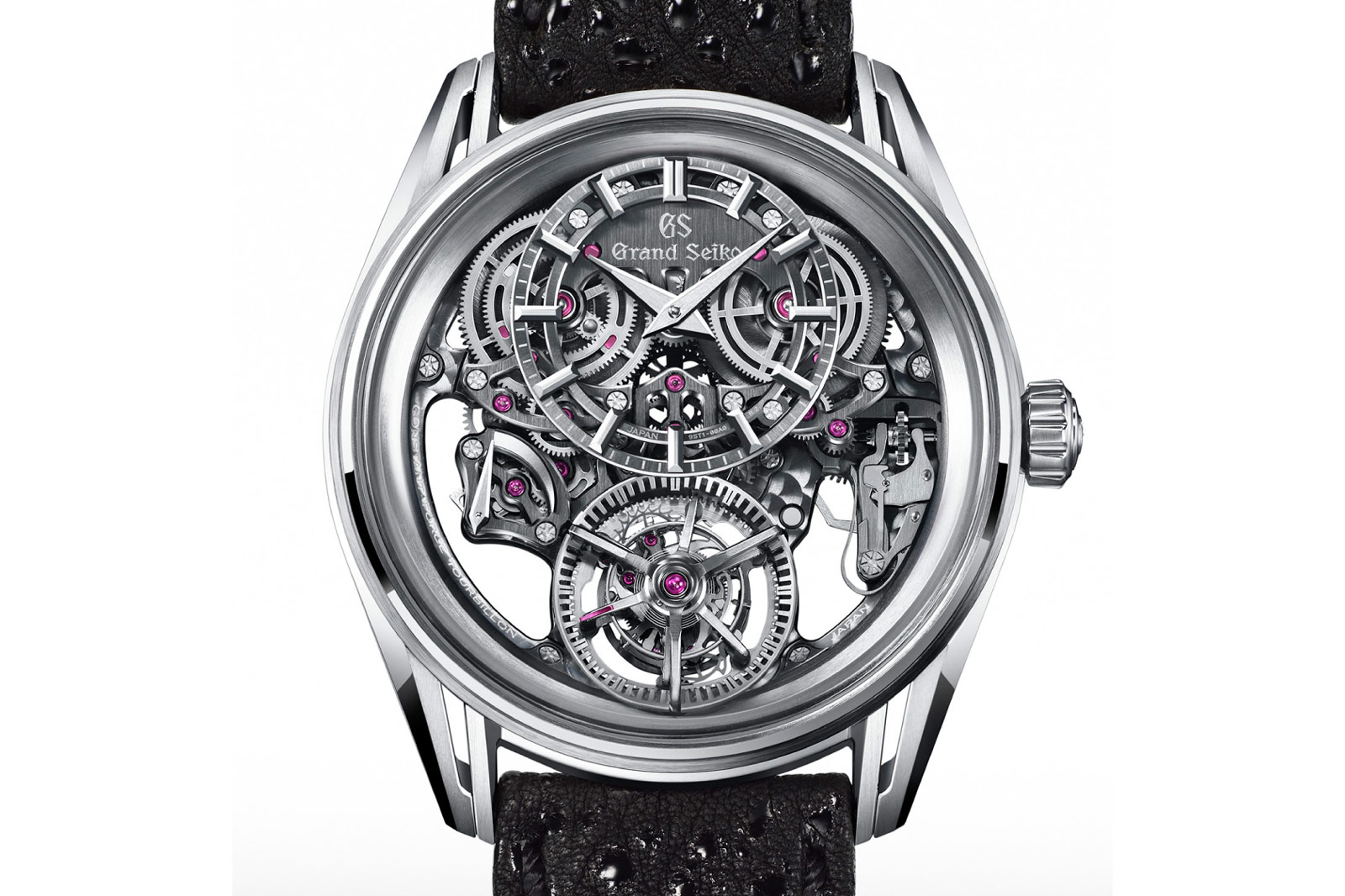 Correction April 3, 2022: The energy flows from the barrel to the remontoir cage, instead of directly to the tourbillon cage as stated in an earlier version of the article.

A concept movement with ambitions.