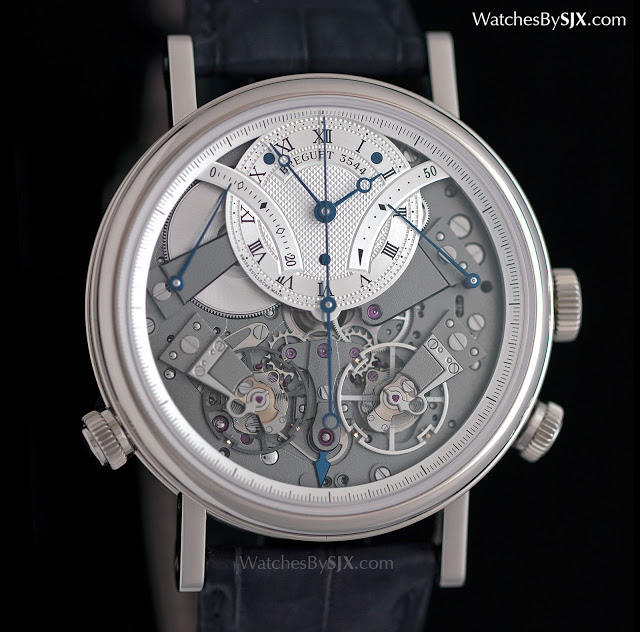 Breguet marked at 10th anniversary of the Tradition at Baselworld with two significant complications, a minute repeater and the Tradition Chronographe Indépendant. The Tradition chronograph takes an existing idea in watchmaking – a separate power source and oscillator for the chronograph – but executes it in a wholly new and ingenious manner.

A power of its own 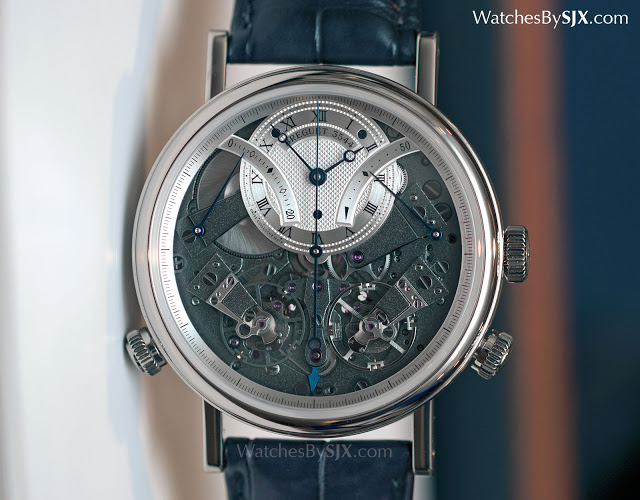 Naturally the alternative is to give the chronograph its own power source, much like how a grand sonnerie has an additional barrel to power the en passant striking mechanism. That has been done before, an example includes the Jaeger-LeCoultre Duomètre à Chronographe. Breguet, however, has done it differently. The Tradition Chronographe Indépendant has a  power source, gear train and oscillator for both the chronograph and timekeeping mechanism, essentially two movements in one watch. 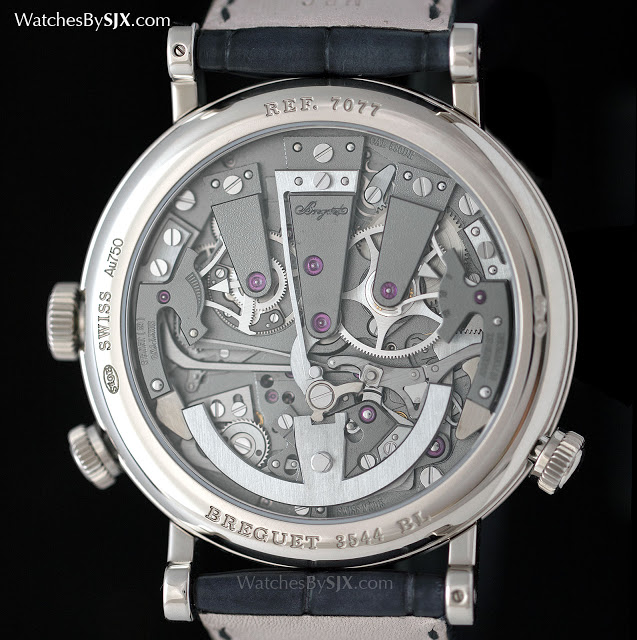 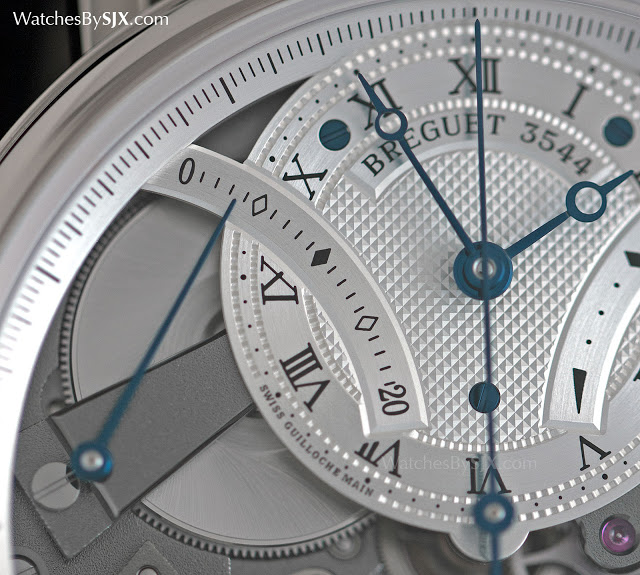 The advantage of a blade spring is its size, the spring occupies a narrow section of real estate at six o’clock on the back, as well as the fact that is can be wound up by a single push of the reset button. Pressing the button requires a bit more force than on a regular chronograph, but not significant enough to be an inconvenience.

The instant start of the balance wheel combined with the high frequency of the chronograph means it has a maximum error of 0.08 seconds for the 20 minutes it can run, less than the 0.1 seconds resolution of chronograph. That renders the error essentially negligible.

Even though the chronograph balance wheel (at seven o’clock on the dial) beats at 36,000 bph or 5 Hz, it is the same size as the timekeeping balance wheel that runs at 28,800 bph or 3 Hz. That conflicts with physics, as the faster a balance runs the smaller it should be.

However, the chronograph balance is made of titanium, making it significantly lighter than the timekeeping balance which is made of a conventional and heavier Glucydur alloy. This gives the dial a pleasing symmetry.

The timekeeping portion of the movement is orthodox in its construction. It has a 50 hour power reserve, indicated by the display at two o’clock. But like the chronograph escapement it is fitted with a non-magnetic silicon hairspring with a Breguet overcoil, along with a low friction silicon pallet fork.

The Tradition Chronographe Indépendant sticks to the signature Breguet style, with a guilloche dial, pomme hands and a frosted movement finish. But the watch looks like a contemporary creation, primarily due to the dark grey ruthenium coating on the movement.

Though the frosted finish is typical for Breguet, the grey coating gives it a completely different look from the traditional gold frosting. Several elements of the movement are taken from historical Breguet pocket watches, including the pare-chute shock-proofing spring and the anchor-shaped chronograph lever. 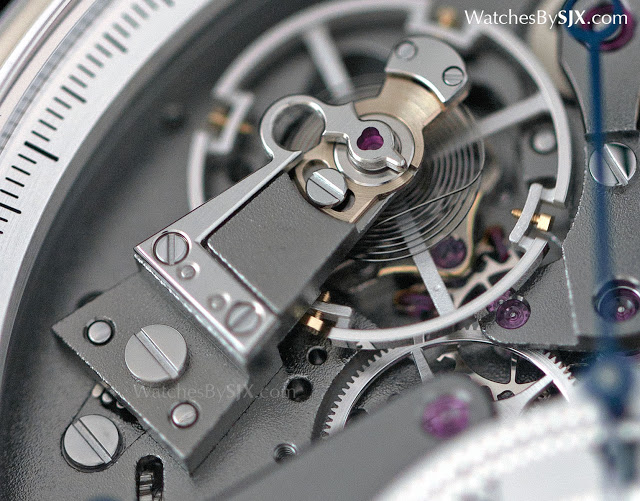 The 44mm case diameter also gives it a modern feel; on the wrist it sits noticeably large with long lugs. The size is large for Breguet, a brand typically associated with elegant timepieces, but suits the modern aesthetic. 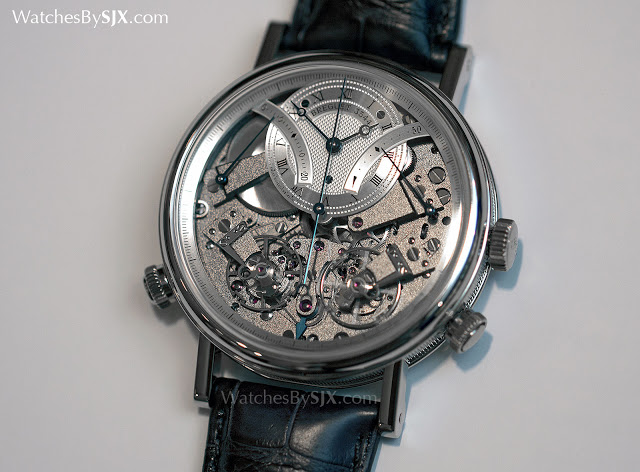 Introducing The Breguet Tradition Chronographe Indépendant 7077 - An Ingenious Chronograph With Constant Force, Powered By A Blade Spring (With Specs & Price)