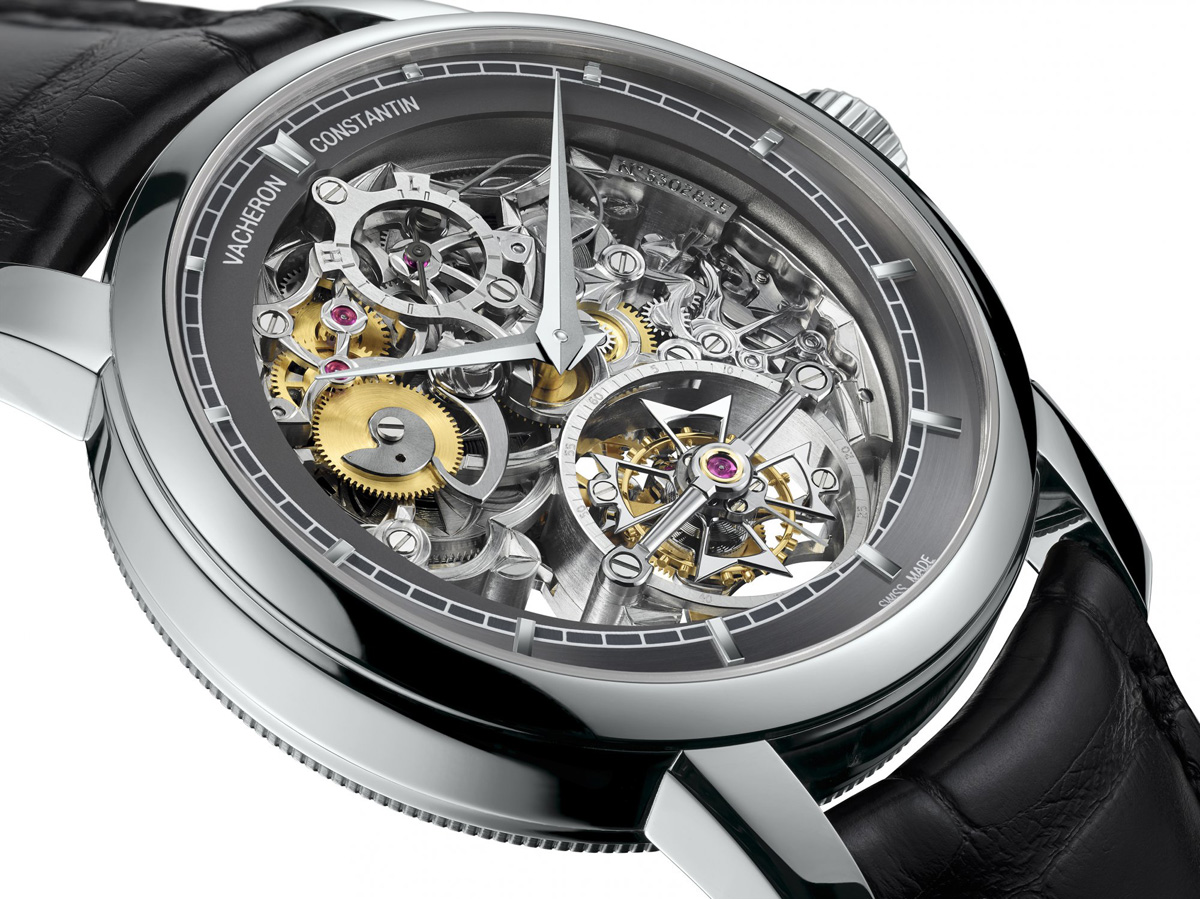 With a focus on skeleton timepieces at SIHH 2014, Vacheron Constantin unveils the Patrimony Traditionnelle 14-Day Tourbillon Openworked, a tourbillon with a skeletonised movement and a two week power reserve, giving it the longest autonomy of any skeleton tourbillon on the market. Requiring an extra 10 hours of finishing and 40 hours of engraving, the cal. 2260 SQ of the Patrimony Traditionnelle 14-Day Tourbillon Openworked is decorated in a contemporary style. The bridges, base plate and barrel are decorated with bold lines, reminiscent of bamboo shoots. The base movement is the same as in the regular Patrimony Traditionnelle 14-Day Tourbillon, which is hand-wound with a two week power reserve, as well as Geneva Seal certified. The platinum case has a 42 mm diameter and a height of 12.22 mm.  Retail will be a steep 525,000 Singapore dollars, equivalent to about US$411,000, making this one of the most pricey tourbillon wristwatches on the market. Keep an eye on our SIHH page for updates. Or follow us on Facebook, Instagram and Twitter to keep track of the happenings at SIHH 2014.