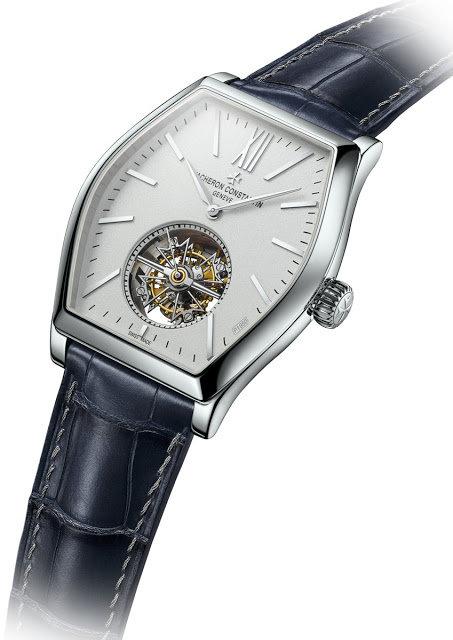 Measuring 38 mm by 48.24 mm, and standing 12.73 mm high, the platinum case is sufficiently substantial but still elegant in form and size. Like the case, the dial is platinum and finished with a subtle grained texture found on the other Collection Excellence Platine timepieces. Made from a thin disc of platinum and hallmarked “Pt 950” in between four and five o’clock. The form cal. 2795 has a power reserve of 45 hours and is made in-house by Vacheron Constantin. Finished beautifully, the movement bears the Geneva Seal.