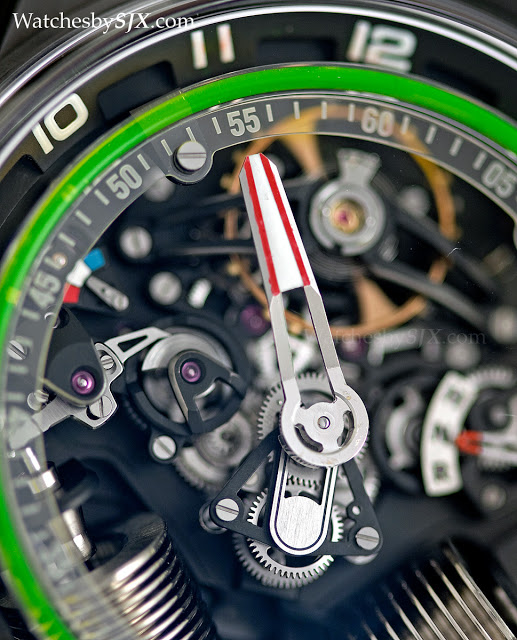 HYT created the first hydro-mechanical time display, displaying the time with fluids inside a glass tube, powered by an entirely mechanical movement.

HYT made its debut with the H1 last year, becoming the first watchmaker to indicate the time with a liquid, driven by a pair of bellows inside the movement. It then followed up with the much more impressive (and more expensive), H2 at Baselworld this year, which works on the same principle. In this video, the development and technology of the HYT’s fluid time display is explained by Lucien Vouillamoz, co-founder of HYT, and Johann Rohner, the R&D and Quality Director of the brand. – SJX 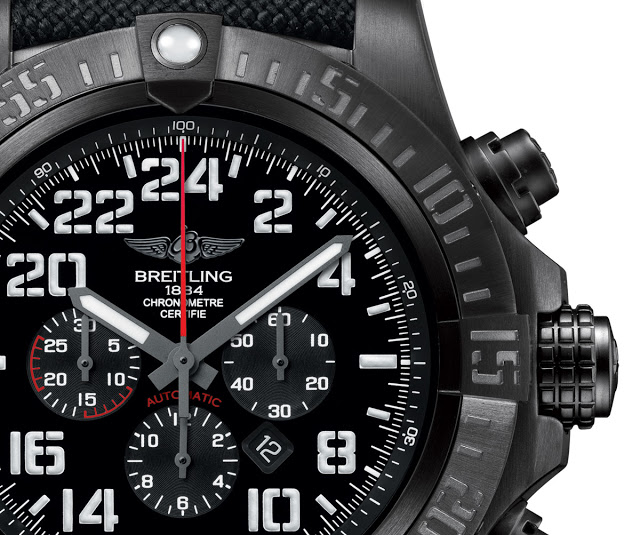 One thing Breitling does rather well is large, aggressive looking chronographs. Its successful series of Blacksteel limited editions are a testament to this. The new Super Avenger Military is another example of this formula.  The 48 mm case is DLC coated and water-resistant to 300 m. Both the crown and pushers are screw down; the latter is inconvenient when operating the chronograph. And to do justice to the “military” appellation, the watch has a 24 hour time display. Inside is the COSC certified Breitling cal. 22, which is an ETA 2894.  Artfully described in the press release as “an elite force on the wrist”, the Super Avenger Military is sticks closely to a successful formula used by Breitling many times before. But despite not being new the formula is successful because these watches look good. Fitted on a black fabric strap, the Super Avenger Military is limited to 500 pieces and will retail for S$10,940 including 7% tax (~US$8720). – SJX