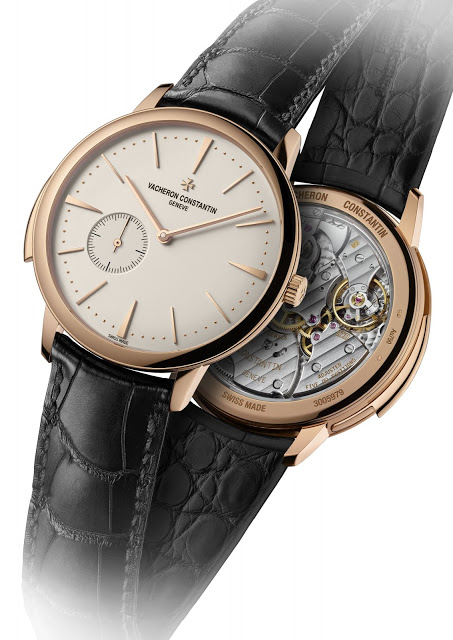 The cal. 1731 stands just 3.90 mm high, a tiny bit slimmer than the rival from Piaget which is the thinnest automatic minute repeater. Cased up, the VC repeater is only 8.09 mm thick. As is de rigeur for high-end repeaters now, the cal. 1731 has a silent governor. This device regulates the striking of the repeater via two weighted wings which spread as the governer spins while the watch is chiming – occurring silently so as not to interfere with the acoustics of the repeater itself. Care was taken in the case construction to optimise sound transmission. For instance, the rose gold case has no joints – it has a snap back – to maximise the resonance of the sound through the metal. As with all mechanical VC timepieces, the Patrimony Contemporaine Ultra-Thin Calibre 1731 is certified with the Geneva Seal. The movement is typical of current high-end VC calibres, displaying impeccable, traditional finishing alongside a movement design which is eminently modern. From the front the watch is deceivingly simple, with the only notable feature being the subsidiary seconds at an unconventional eight o’clock.