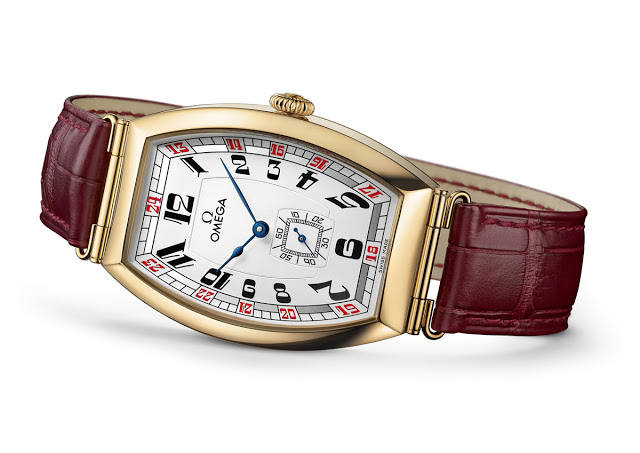 Created to mark the upcoming Sochi 2014 Winter Olympics, the Omega Sochi Petrograd is a remake of a 1915 tonneau wristwatch. Based on a 1915 wristwatch made for a Russian client which is now in the Omega museum, the Sochi Petrograd limited edition has a yellow gold, tonneau-shaped case.  Along with the large Arabic numerals and wire lugs, the style of the watch recalls the timepieces popular in early twentieth century, pre-revolutionary Russia.  The silver dial, with its red minute markers and blued steel hands, is meant to evoke the colours of the Russian flag. Inside is the automatic Omega cal. 2202 with Co-Axial escapement, though it is hidden behind the gold case back engraved with the Sochi 2014 logo.  Only 100 numbered pieces will be made, available only at Omega boutiques. In Singapore the retail price is S$24,050 (~US$19,250), including 7% tax. – SJX