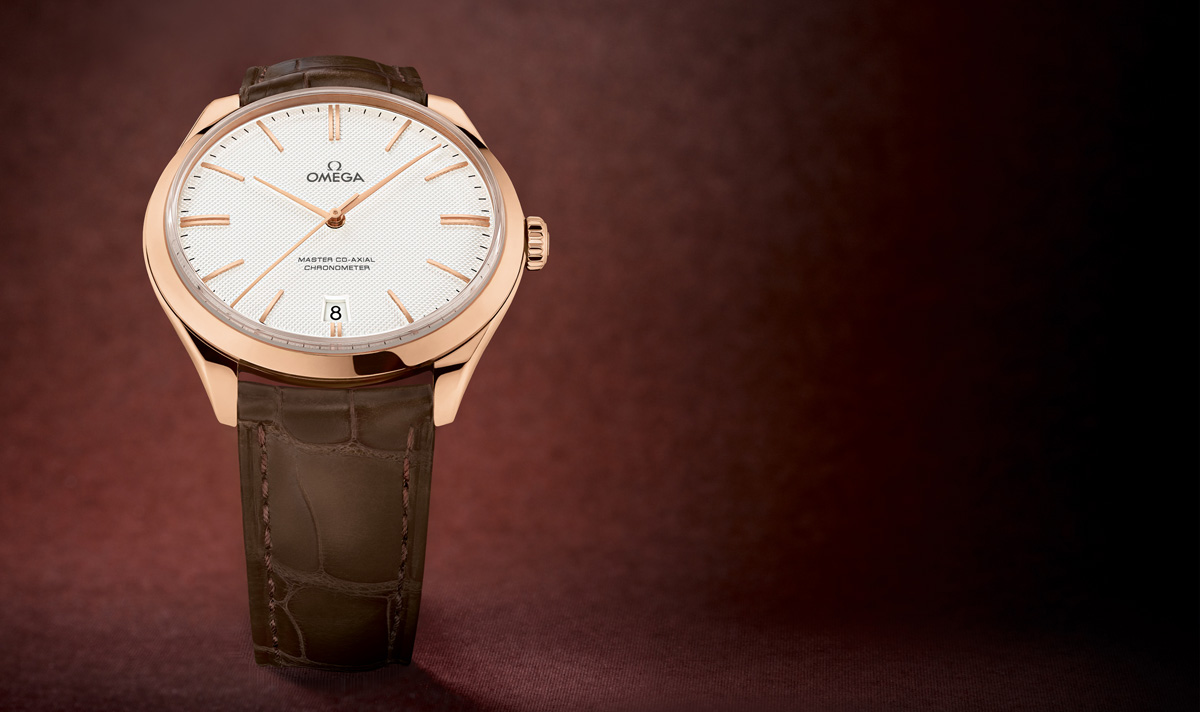 Inspired by the fifties model of the same name, the Omega De Ville Trésor is a slim, vintage style wristwatch featuring a non-magnetic, Master Co-Axial movement that is, unusually for a modern Omega, manually wound. The Seamaster 300 Master Co-Axial is not the only new Omega at Baselworld 2014 that looks to the past. With the aesthetics of mid-twentieth century wristwatches, the Omega De Ville Trésor is an elegant 40 mm wide, with a thin bezel, hobnail guilloche dial and a box-shaped sapphire crystal. Inside is the new Master Co-Axial calibre 8511. Unlike most Omega Co-Axial movements which are automatic, this is hand-wind with a 60 hour power reserve. Like the rest of the Master Co-Axial movements, this has a Si14 silicon hairspring and resistance to magnetic fields of over 15,000 Gauss, the highest on the market. And because the De Ville Trésor has a gold case, the balance bridge is in solid red gold, a hallmark of all Co-Axial timepieces in gold. The dial has a silvered finished and is decorated with a Clous de Paris guilloche. Very slightly domed to complete the vintage look, the dial has gold indices and hands. Baselworld 2014: Introducing the Omega Seamaster 300 Master Co-Axial - Remaking a Classic with the Latest Tech (with specs and pricing)