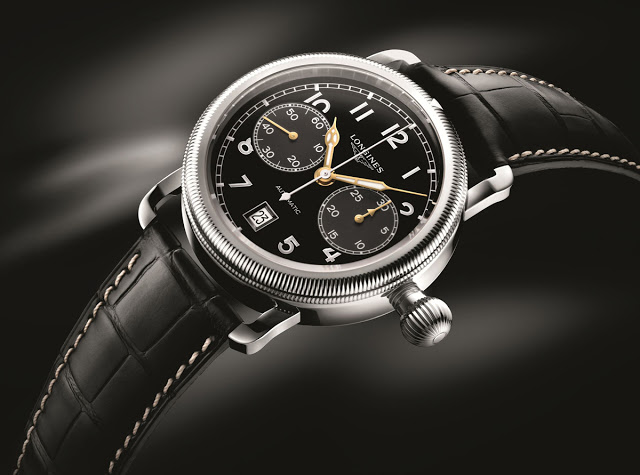 Modelled after the aviator’s watches of the twenties with large, onion-shaped crowns, the Avigation Oversize Crown line is another addition to Longines’ stable of military remakes. In fact, the brand just unveiled a line of thirties-inspired military style watches earlier this year at Baselworld 2013.

Each of the Avigation Oversize Crown models measure a moderate 41 mm in diameter, with black dials and gilt hands. And like the originals, the fluted bezel is bidirectional. The oversized crown is set on an elongated stem, intended to make operation easier with flight gloves.

The basic model in the Avigation Oversize Crown line is the time-only, powered by the ETA 2895. And the third model is the single push-piece chronograph with the Calibre L788, which is actually an ETA A08.L11 and essentially a Valjoux 7750 with a column wheel and monopusher function. Unfortunately for traditionalists, all of these have a date window. Though not a limited edition, each piece is individually numbered.