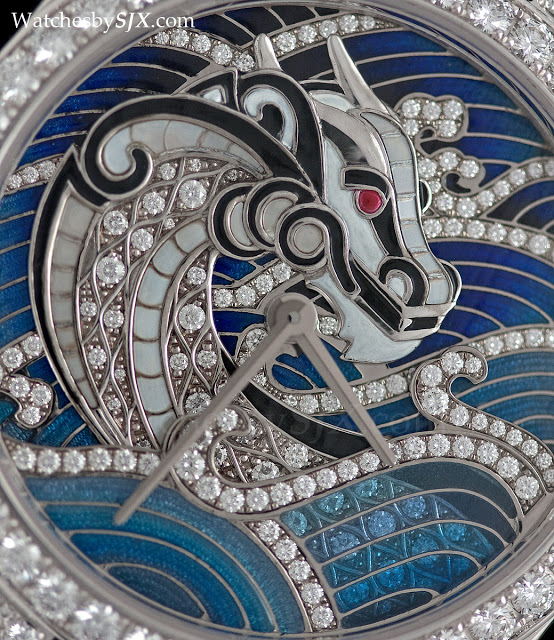 Van Cleef & Arpels (VC&A) unveiled a set of four Midnight timepieces at SIHH 2013, each depicting one of the dragons of the Chinese zodiac in the typical lavish style of VC&A. Each of the dials is created using gold, enamel, mother of pearl and precious stones. The result is a dial that is executed in relief, with significant depth and vibrant colours, with an almost sculptural quality. Four of the five dragons of the Chinese zodiac are depicted on the dials: Earth, Water, Fire and Air (the fifth is the Metal Dragon).