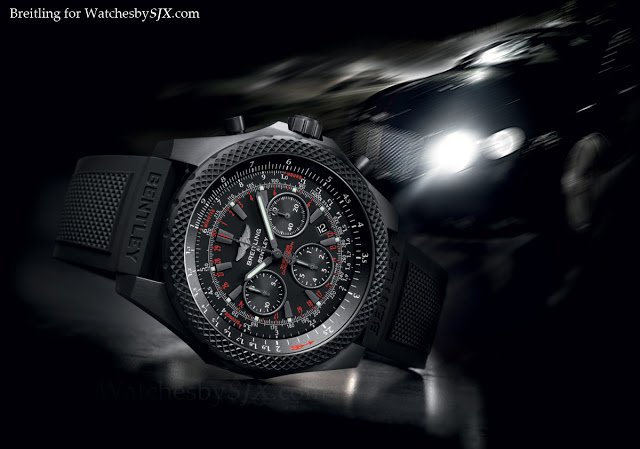 Inside is the COSC-certified cal. 25B, which has a ETA 2892 base but with a chronograph module proprietary to Breitling. What makes it unusual is its 30-second chronograph: the central chronograph seconds makes one round in 30 seconds, instead of a minute. That means the watch can record up to 1/8 of a second. Also, the knurled bezel – inspired by the radiator grilles of vintage Bentleys – is rotatable and functions as a variable tachymeter. Unlike regular tachymeters which are fixed scales calibrated for times of under 60 seconds, this variable tachymeter can measure average speeds regardless of the time elapsed, the distance covered or the speed reached. This is limited to 1000 pieces. – SJX