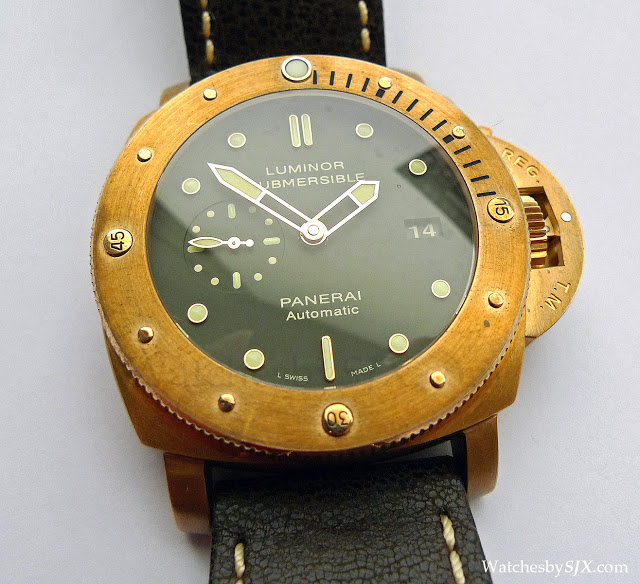 The Panerai Luminor Submersible 1950 Bronzo PAM 382 is probably the most sought after Panerai limited edition of the last year (and probably even this year).

Last year I covered the PAM00382 Bronzo prototype that had been travelling the world for some months. That Bronzo had acquired a substantial patina and looked much duller than when new.

In contrast, here is a newish Bronzo that has been worn regularly for about a month. Note how the bronze is has a strong colour, bright and reddish yellow.

According to the owner, the current finish is already quite a bit less bright than when it was new. When he collected the watch the bronze had a strong copper shade.