The Business Times in Singapore just ran a story this morning noting the pending sale of Sincere Watch to Pollyanna Chu Yuet Wah, who controls Hong Kong listed Kingston Financial Group. According to the story, Ms Chu, who is also a member of various political bodies in China, is buying Sincere in her personal capacity. The sellers are LVMH backed private equity firm L Capital, various banks as well as Mr Tay Liam Wee, whose father founded Sincere. The price was not disclosed.  The article did not mention if Ms Chu has any interests in the watch industry currently, or what her plans are, though it would seem odd to me personally if she had no connection to the watch industry at all. Also, industry sources however tell me there are certain issues to be resolved and the sale is not yet a done deal.

If the sale is completed it would be the third time Sincere has been sold. In 2007 it was bought by Hong Kong company Peace Mark for a rich SGD530 million. Peace Mark went bankrupt shortly after. Two years later the consortium led by L Capital and Mr Tay paid SGD112.7 million for Sincere.

Sincere Watch was once Singapore’s most avant-garde watch retailer, bringing brands like Lange and FP Journe in the nineties. But the changes in ownership have caused it to fall behind its rivals. Assuming the sale is done, it remains to be seen how this will shape the company.

The full story in The Business Times can be read from 6 pm to 6 am Singapore time (GMT +8) for non-subscribers. 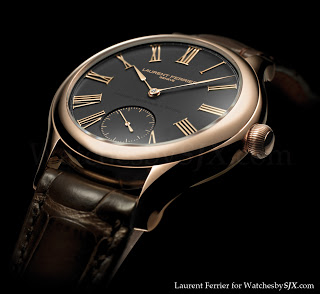 Originally presented with either a white fired enamel or black onyx stone dial, the Laurent Ferrier Galet Classic Tourbillon Double Spiral is now also available in a slate grey dial with a vertical brushed finished. The applied numerals are solid rose gold to match the case.

Also of interest might be a piece unique tourbillon with a beautiful enamel dial. 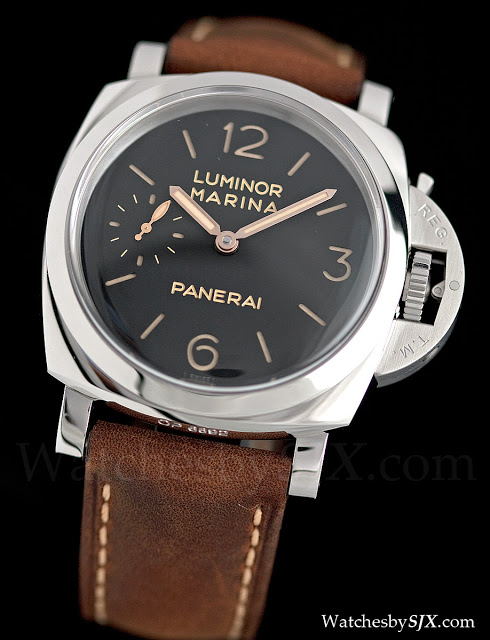 Of the entire collection presented by Panerai at SIHH 2012, the one that keeps popping up in my head is the Luminor 1950 3 Days PAM422, which was previewed last year prior to SIHH. It is basically the Luminor Marina version of the Luminor PAM372 presented last year. The 47 mm PAM00422 has the addition of a seconds hand at nine and a power reserve on the back.

Inside is the P.3001 calibre, a large, fairly industrial calibre designed to replace, or at least be a premium price alternative, to the Unitas common to Panerai. This is certainly a step up from the Unitas in the infamous PAM318 however.

The PAM 422 also has the details that Panerai now applies to all its vintage styled watches – engraved text on the sandwich dial and model reference engraved on the case at six o’clock. One detail I like is the flat case back like that found on the vintage models.

Not an extraordinary watch by any means but it exemplifies what Panerai does best – an authentic, vintage-ish timepiece.