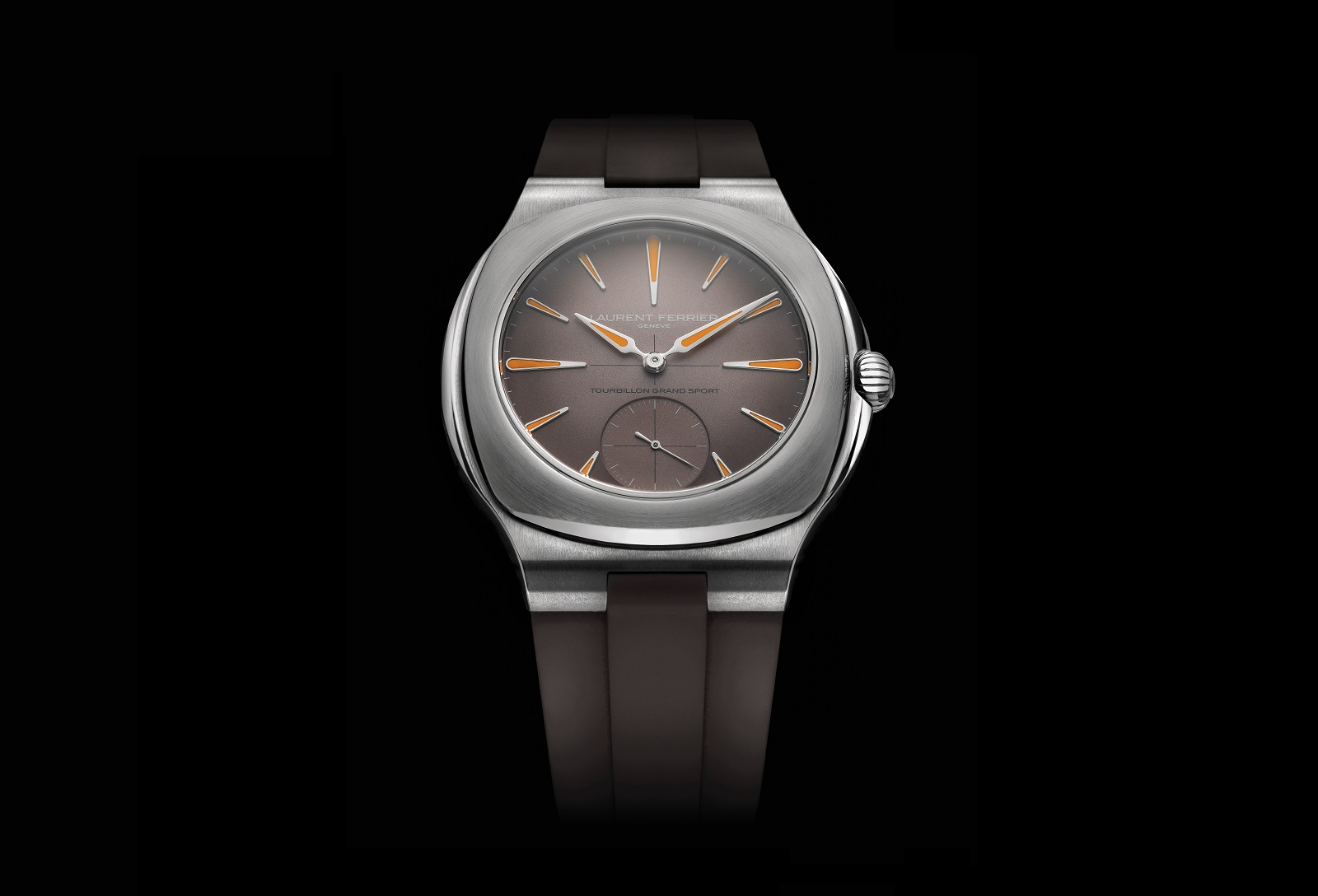 The brand’s latest is an extension of that love for vintage watchmaking, but just shifted forward two decades and obviously inspired by the 1970s.

The Tourbillon Grand Sport is a nod to the shared racing history of the brand’s founders. Mr Ferrier was a racing driver in the 1970s and competed in several races, including seven stints in the 24 Hours of Le Mans, coming first in the two-litre prototype category in 1977.

It was there that he met his future business partner, François Sérvanin, a fellow racer who later made his fortune making armoured vehicles for the French army. The two raced together and in 1979, placed third in the overall ranking at Le Mans. And now Mr Ferrier provides the brand name and watchmaking know how, with Mr Sérvanin owning majority of the company. 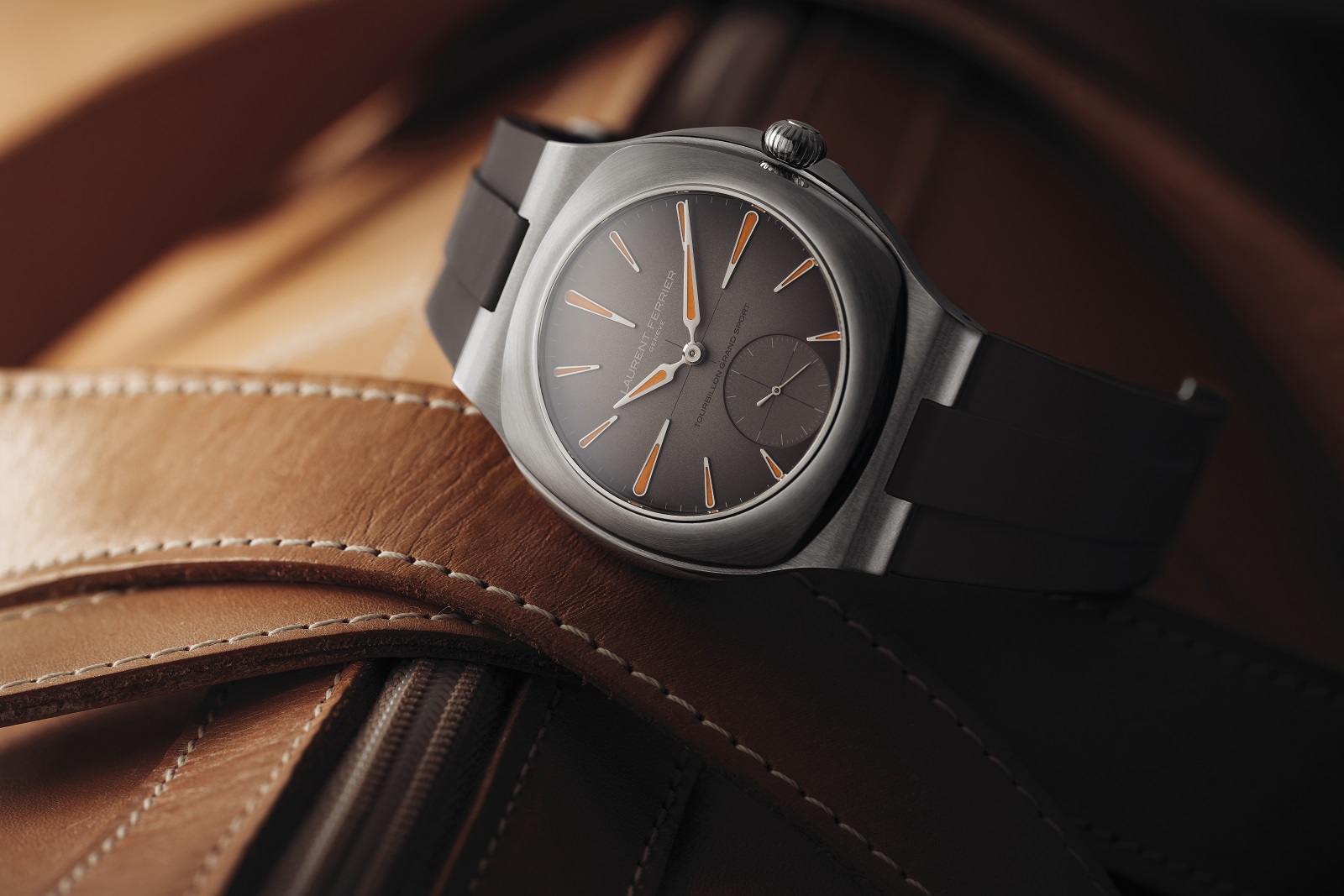 The bezel of the watch is cushion-shaped, superimposed against the tonneau case middle. All the key case elements are rounded and pebble-like, keeping it in line with the rest of Laurent Ferrier’s collection; “Galet” is “pebble” in French. 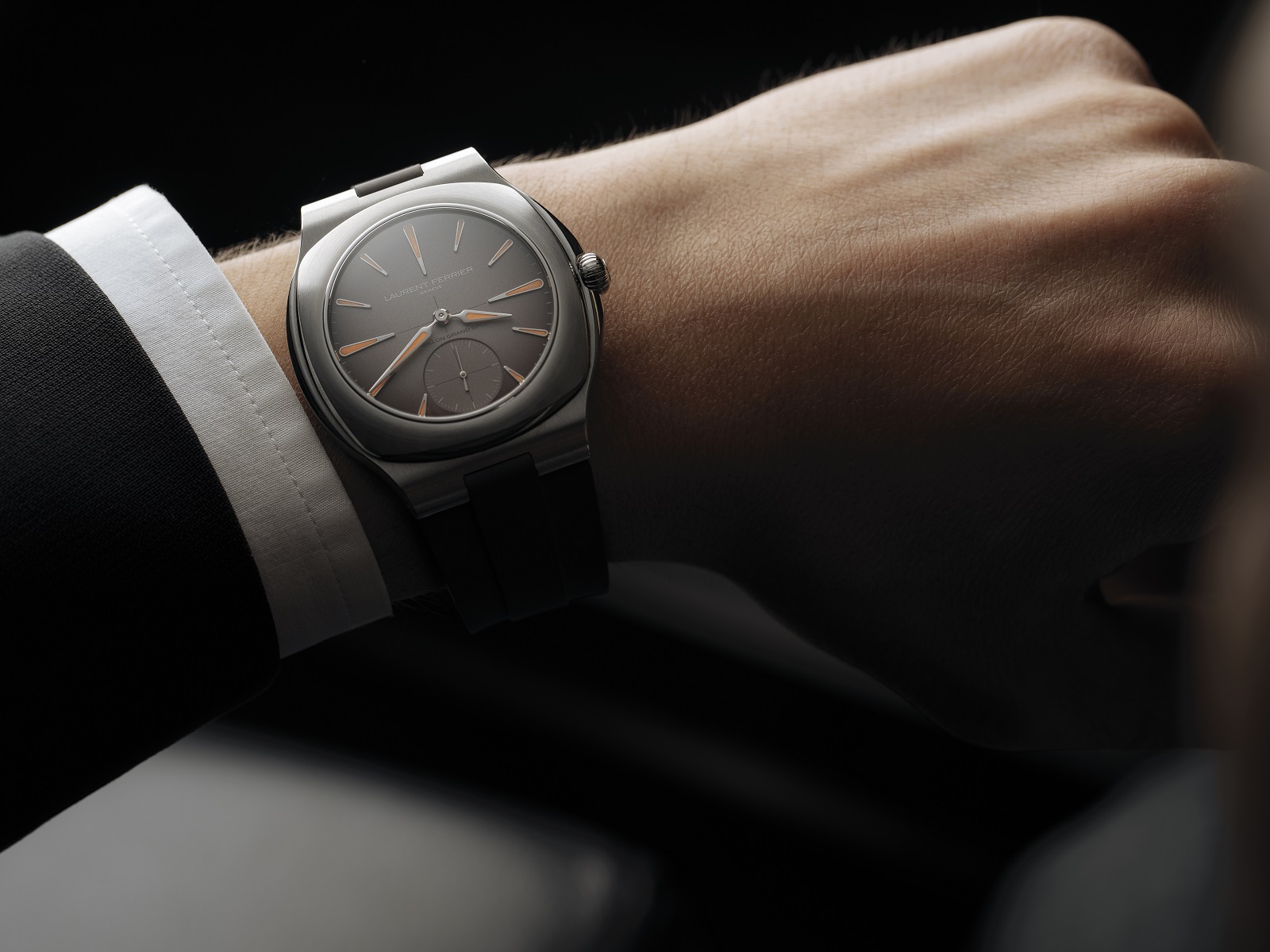 The stainless steel case measures 44mm across and is satin finished on its side. The bezel, on the other hand, is polished.

The dial is taupe, a colour in between brown and grey, is complemented by a rubber strap in the same shade.

The hour and minute hands on the Tourbillon Grand Sport are another new element for the brand. While the shape of the Assegai hands (named after an African spear) remain similar, the new hands are wider and shorter, with a longer tip. The hands and applied indices are 18k white gold, and filled with orange Super-LumiNova. 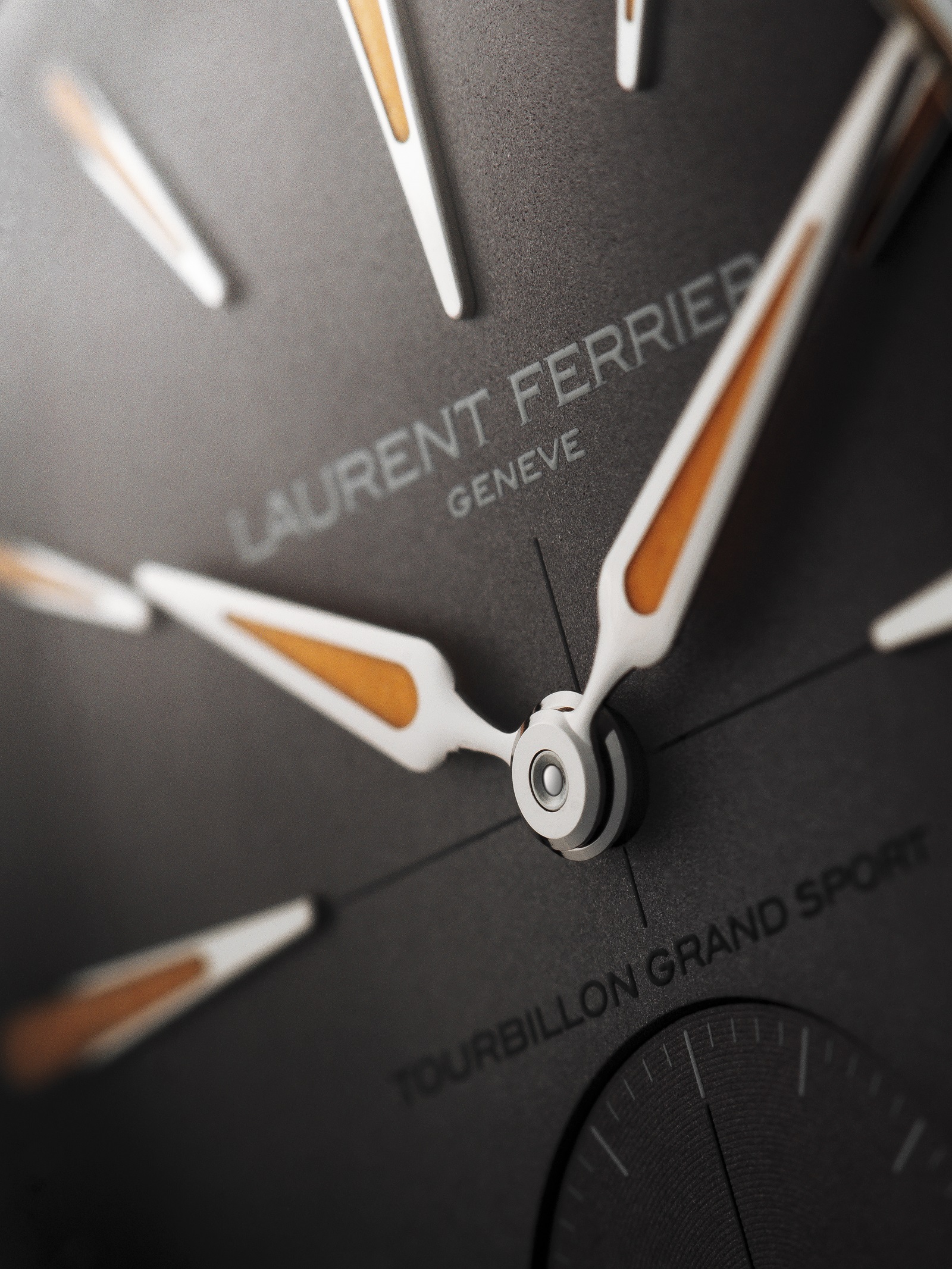 Not only is 2019 the anniversary of the founders’ win at Le Mans, it also marks 10 years since Laurent Ferrier unveiled its first tourbillon. This marks that occasion, being equipped with the very same movement, featuring a tourbillon that can only be seen from the back.

The movement is the same LF619.01, a handwound calibre originally developed by complications specialist La Fabrique du Temps in collaboration with Laurent Ferrier. 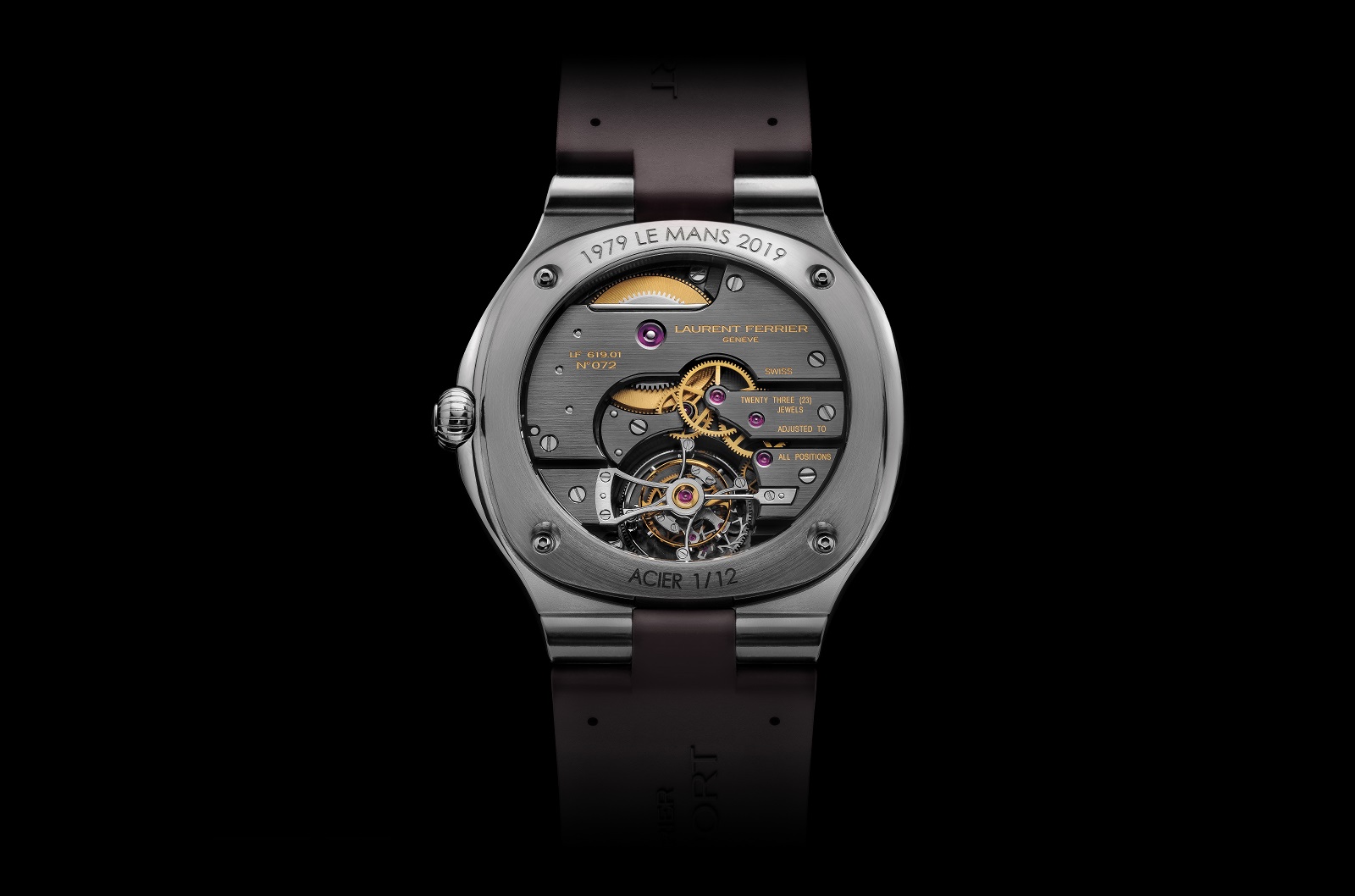 The case back commemorates the duo’s win at Le Man

It beats at 3Hz and fitted with the Straumann double hairspring produced by H. Moser & Cie’s sister company Precision Engineering. The double balance spring sees two hairsprings superimposed on each other, breathing in opposite directions and acting to average the other out. 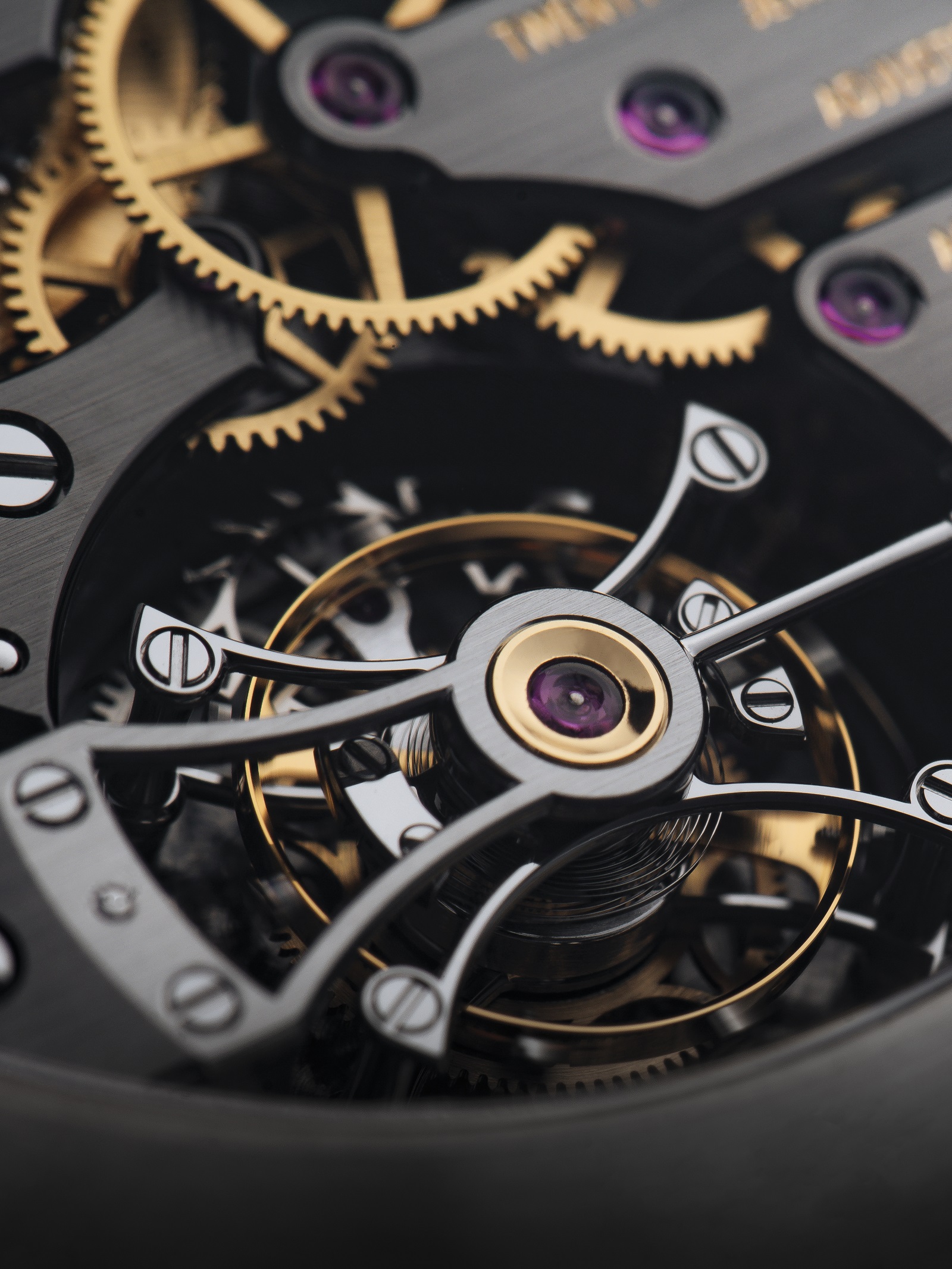 The finishing of the movement, however, has been simplified to make it more modern. All the bridges are finished with a horizontal satin brushing and plated in ruthenium, replacing the traditional and more labour-intensive Cotes de Geneve. Fortunately, the rest of the movement is still finished to the same degree as the original tourbillon, with the tourbillon bridge in particular retaining its lovely form.

However, it is worth pointing out that the Vacheron Constantin Overseas Tourbillon, a similar watch by all parameters, is priced at US$103,000, while the Laurent Ferrier costs almost double.