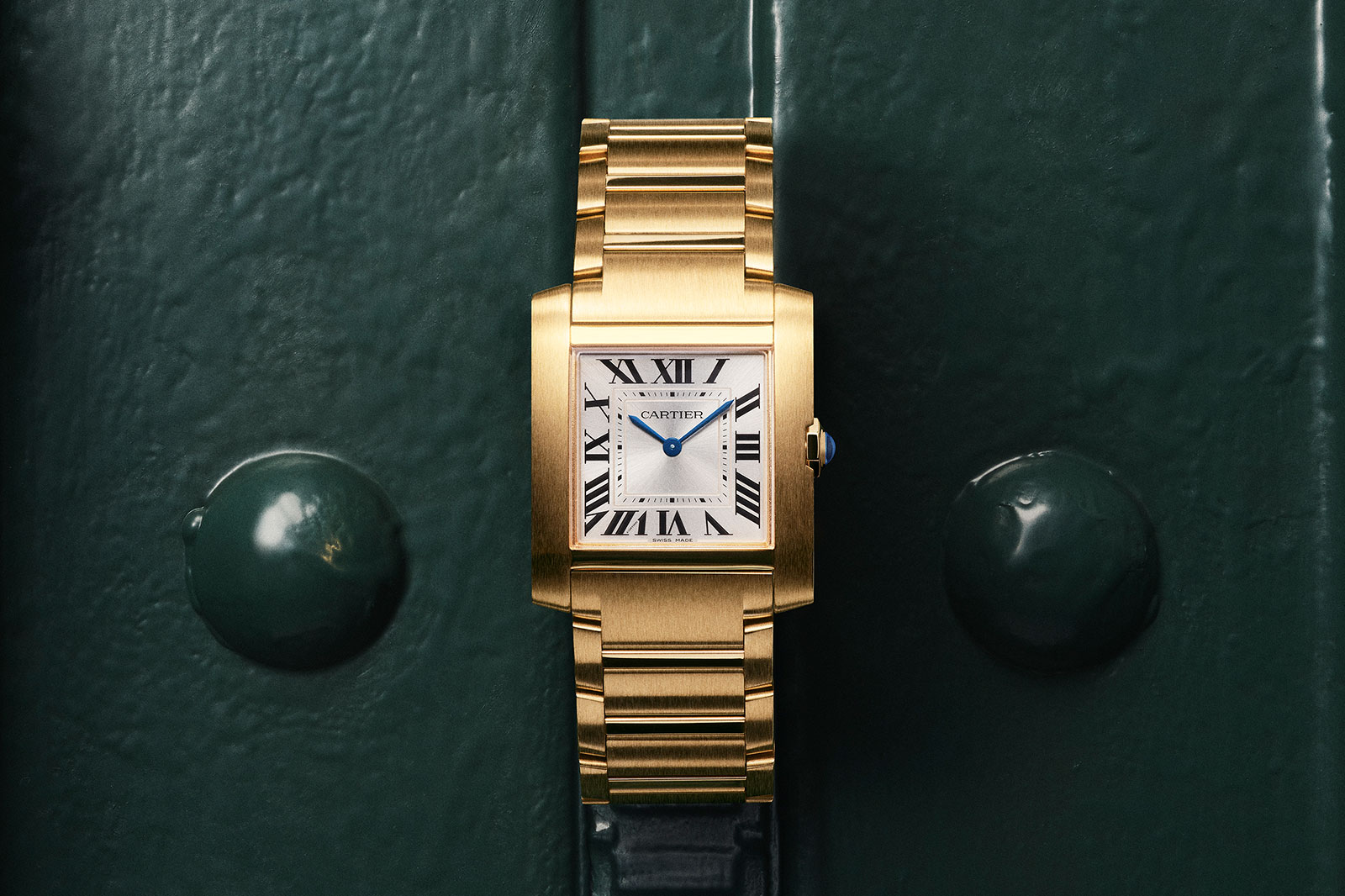 Cartier’s approach to new products is often simply to deftly reboot a bestseller after a few years or even decades. That formula was applied with great acclaim to the Tank Must and Santos-Dumont (though the Pasha revival didn’t quite meet with the same commercial success). Now Cartier is doing it for the Tank Francaise.

First introduced in 1996 as the first Tank with an integrated bracelet, the Tank Francaise was a major seller for Cartier in the decade that followed. Though the model survived well into the 21st century, it remained essentially unchanged since its launch. Though visually similar to the original, new Tank Francaise is an entirely new watch, having undergone a major facelift that preserved the original outline while refining all the details. 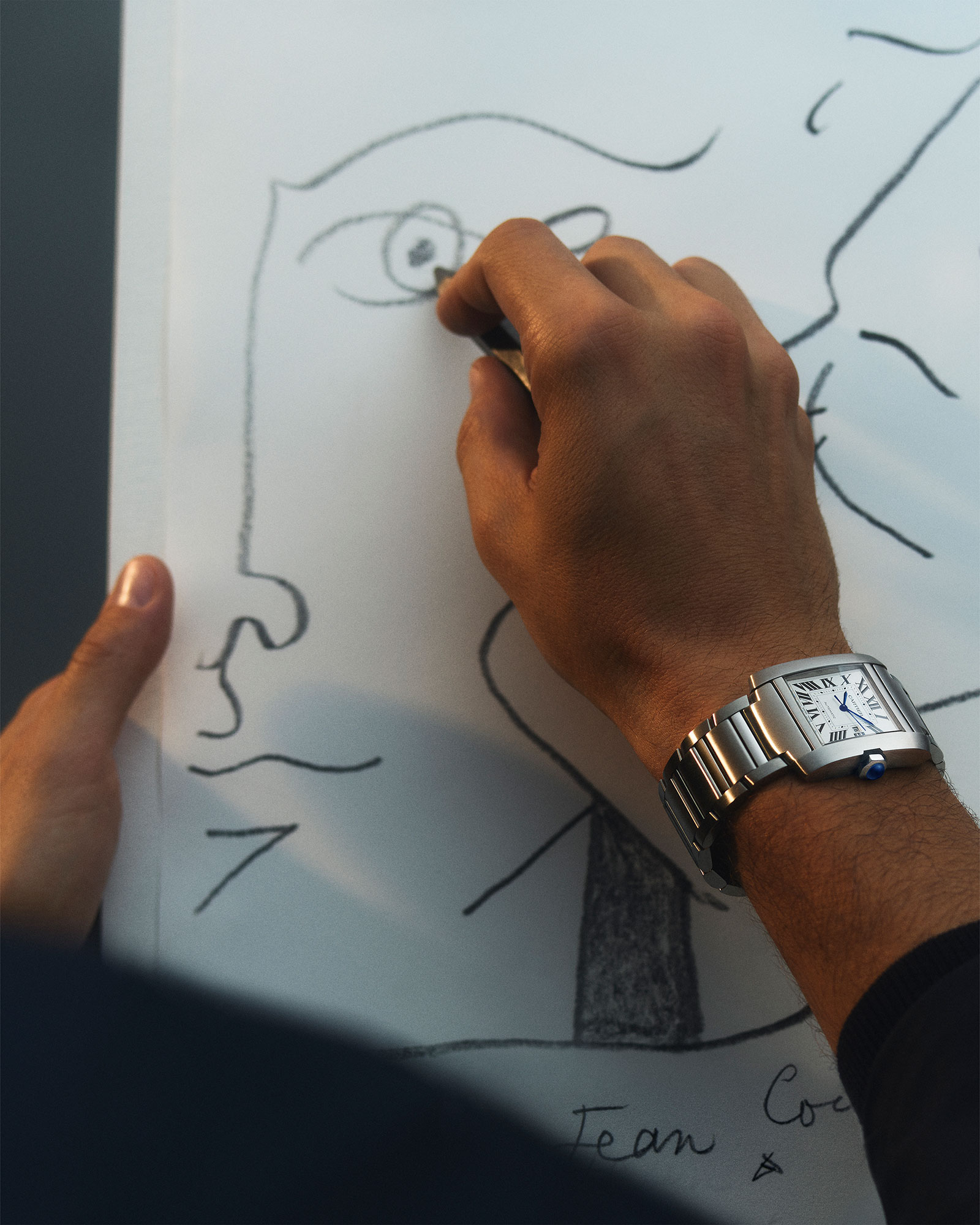 The large model in steel with an automatic movement

Like many of Cartier’s other entry-level models, the Tank Francaise is an appealing design at a relatively affordable price. The large automatic model in steel, for instance, retails for under US$6,000.

It demonstrates how Cartier does best when it does little. The new design remains easily recognisable, even though every aspect has been revamped, ranging from the applied sticker numerals to the recessed crown. If you liked the original, you’ll probably like this one.

The biggest drawback of the new Tank Francaise is simply that most of the line up is quartz, which will disappoint aficionados of mechanical watches. In fact, only one version, the large model in steel, has an automatic movement. That said, based on past practice it is likely Cartier will fill out the range with more variants as soon as its commercial success is certain. 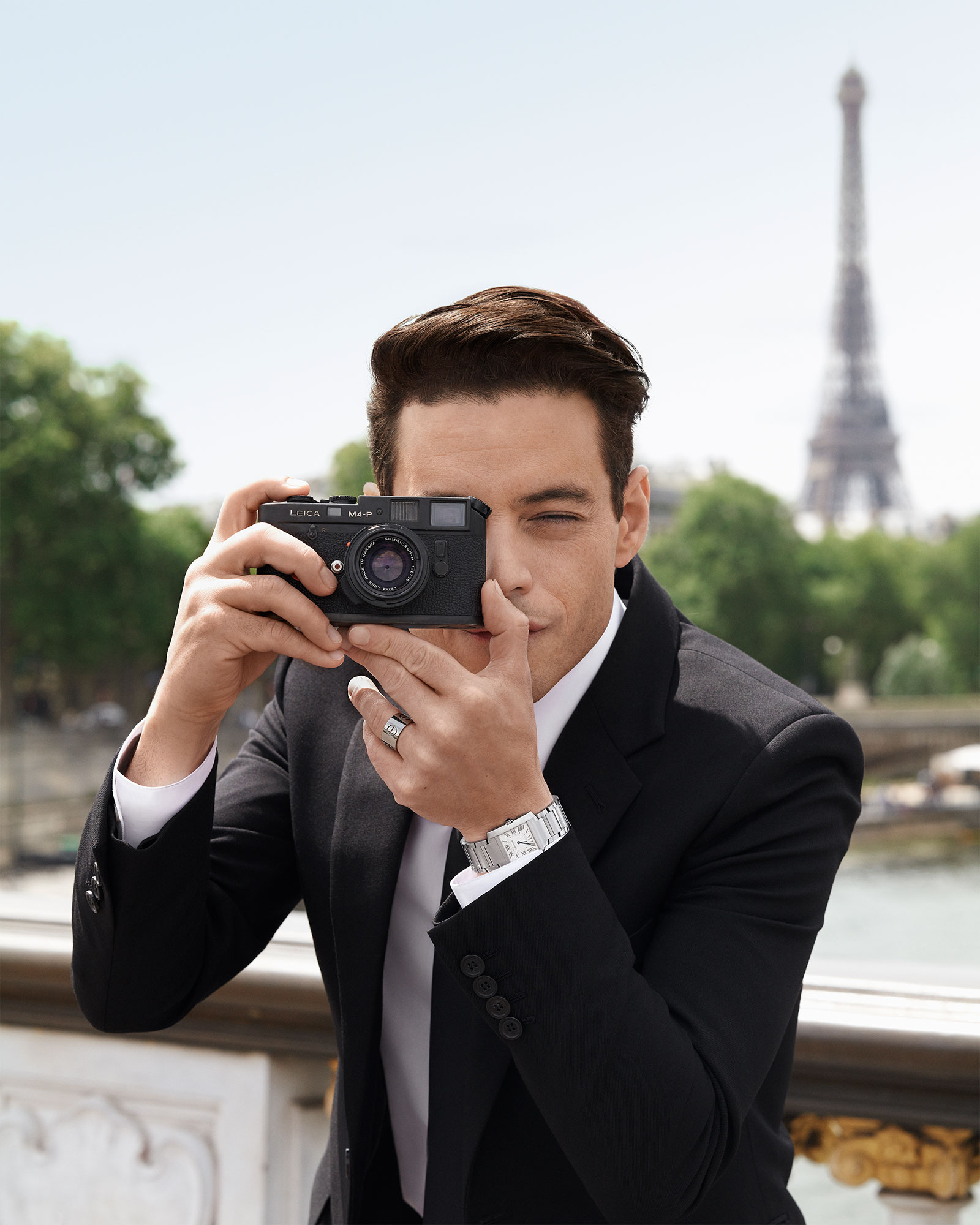 Geometric lines and a bracelet

The redesign of the Tank Francaise appears to be mostly about giving it better details and cleaner lines. So instead of the printed numerals of the original, for instance, it now gets applied metallic stickers that give the dial a little bit more depth.

Naturally the case and bracelet stick to the same design, but practically every detail has been revised. The crown, for example, is less prominent now as it sits in a recess on the side of the case. And the bracelet better integrates into the case design thanks to a single-piece end link and redesigned links that match the case in both style and thickness. 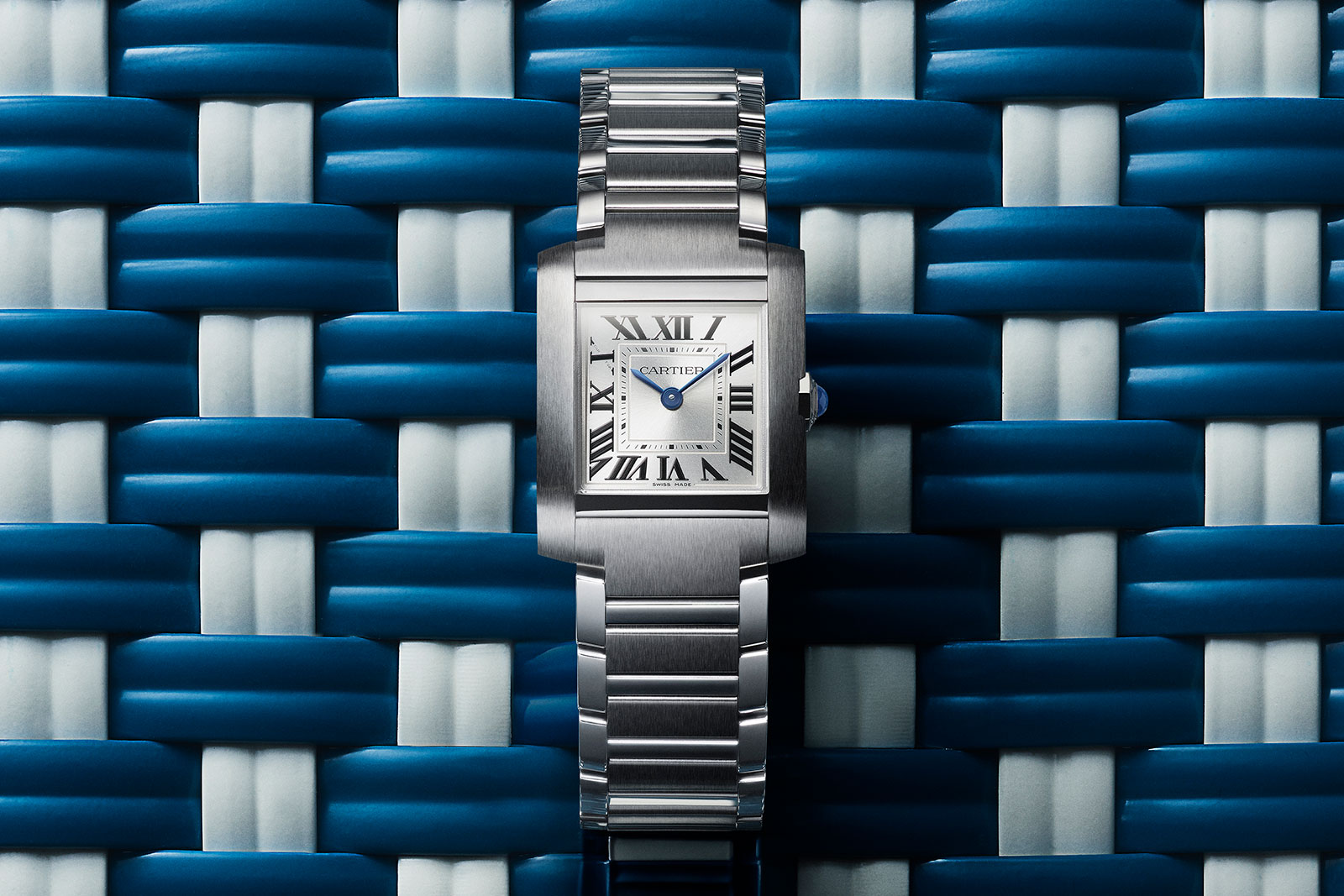 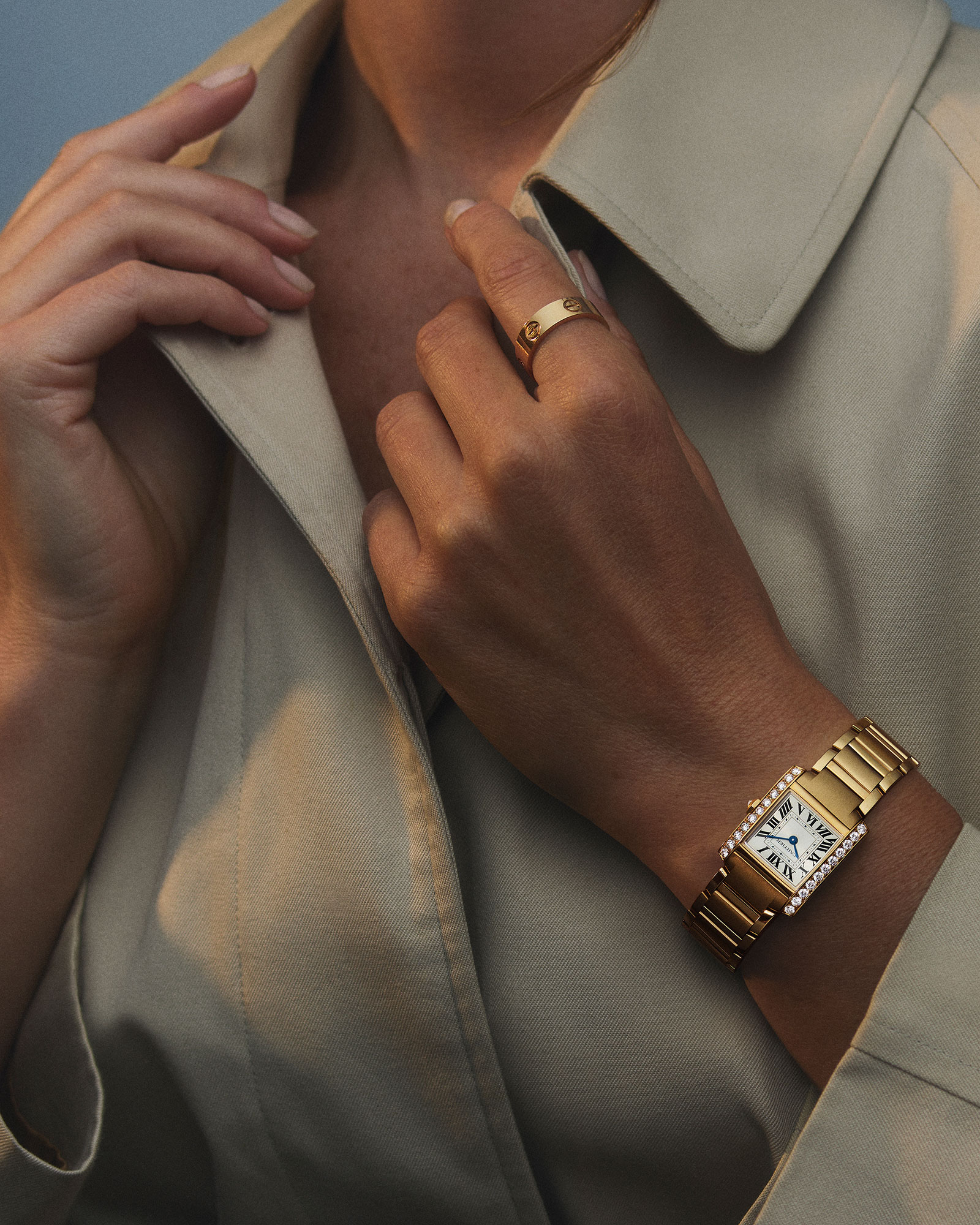 The medium model in yellow gold with diamonds

The steel models are offered in three sizes, with only the large model being automatic, while the medium and small models are both quartz. But the gold models are only in medium or small, with the option of a diamond-set bezel. 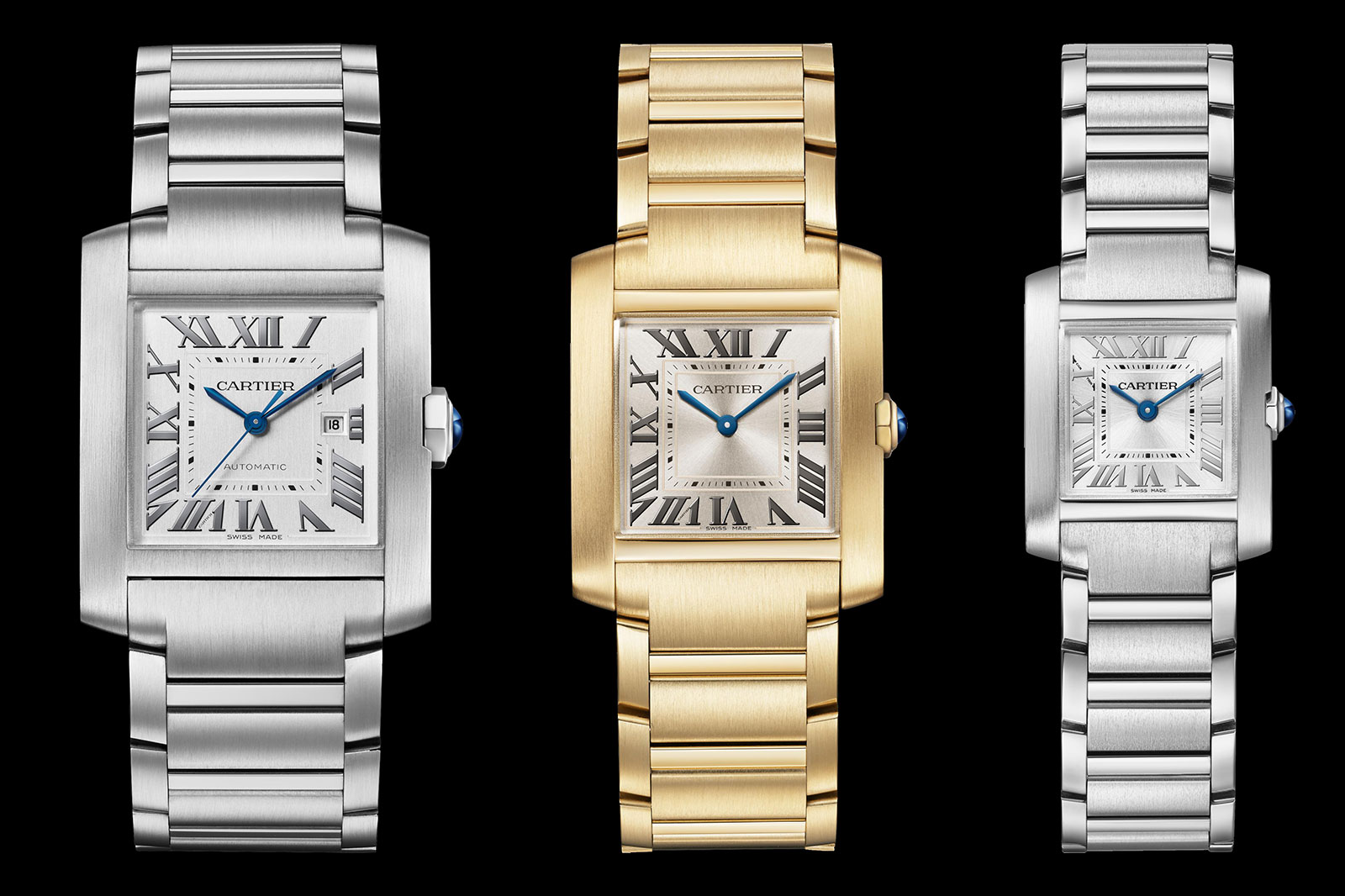 From left: large, medium, and small 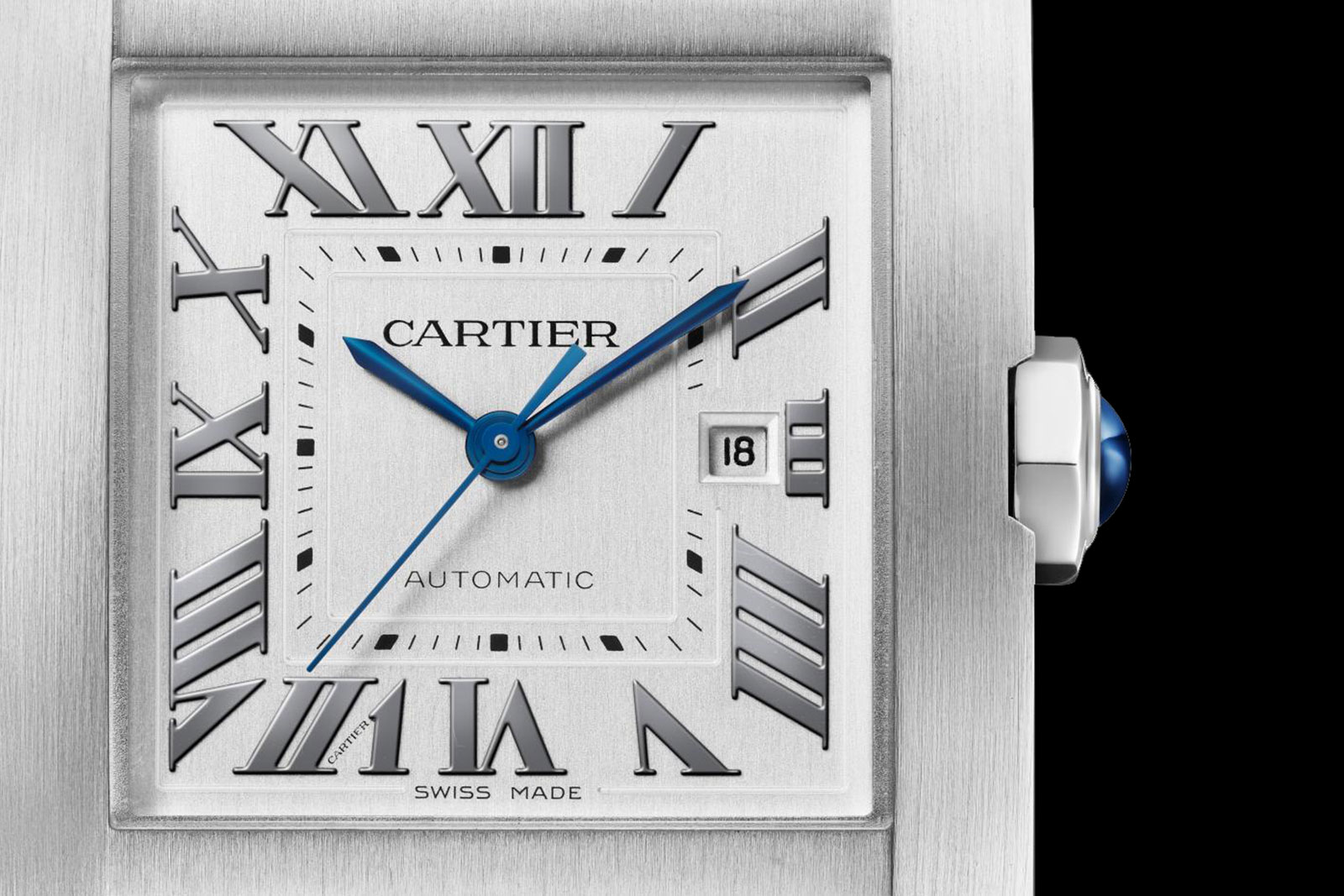