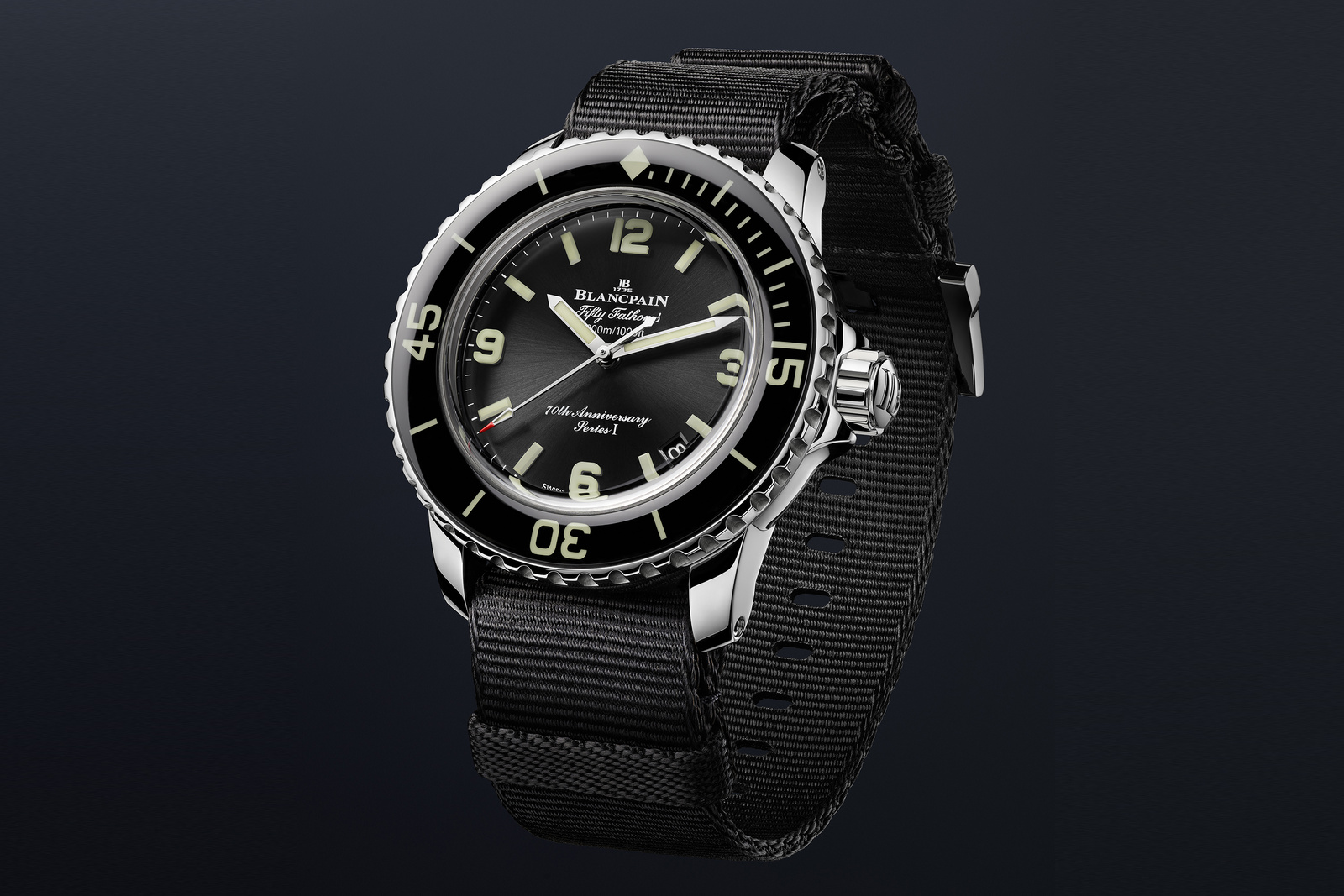 Twenty twenty-three marks the 70th anniversary of Blancpain’s landmark dive watch, the Fifty Fathoms. Introduced in 1953, the diver was revived in 2003. Kicking off the commemorative editions is the Fifty Fathoms “70th Anniversary Act 1”, the first instalment in a year’s worth of anniversary models.

Like the current model, the “Act 1” is inspired by the vintage model, but sports dimensions patterned after the original from seven decades ago, with a reduced case diameter of just over 42 mm.

The familiar form of the modern dive watch is due in part to the Fifty Fathoms – whether that or the Rolex Submariner was launched first is an endless debate – so it is unsurprising that Blancpain’s current catalogue includes a vast array of Fifty Fathoms-inspired timepieces. Thankfully, Blancpain has done something to cater to watch enthusiasts with the anniversary model that has a smaller diameter, perhaps in response to criticism that the closest equivalent in the line-up is 45 mm wide (Blancpain does offer dive watches with smaller cases, but they are either limited editions or the Bathyscaphe). 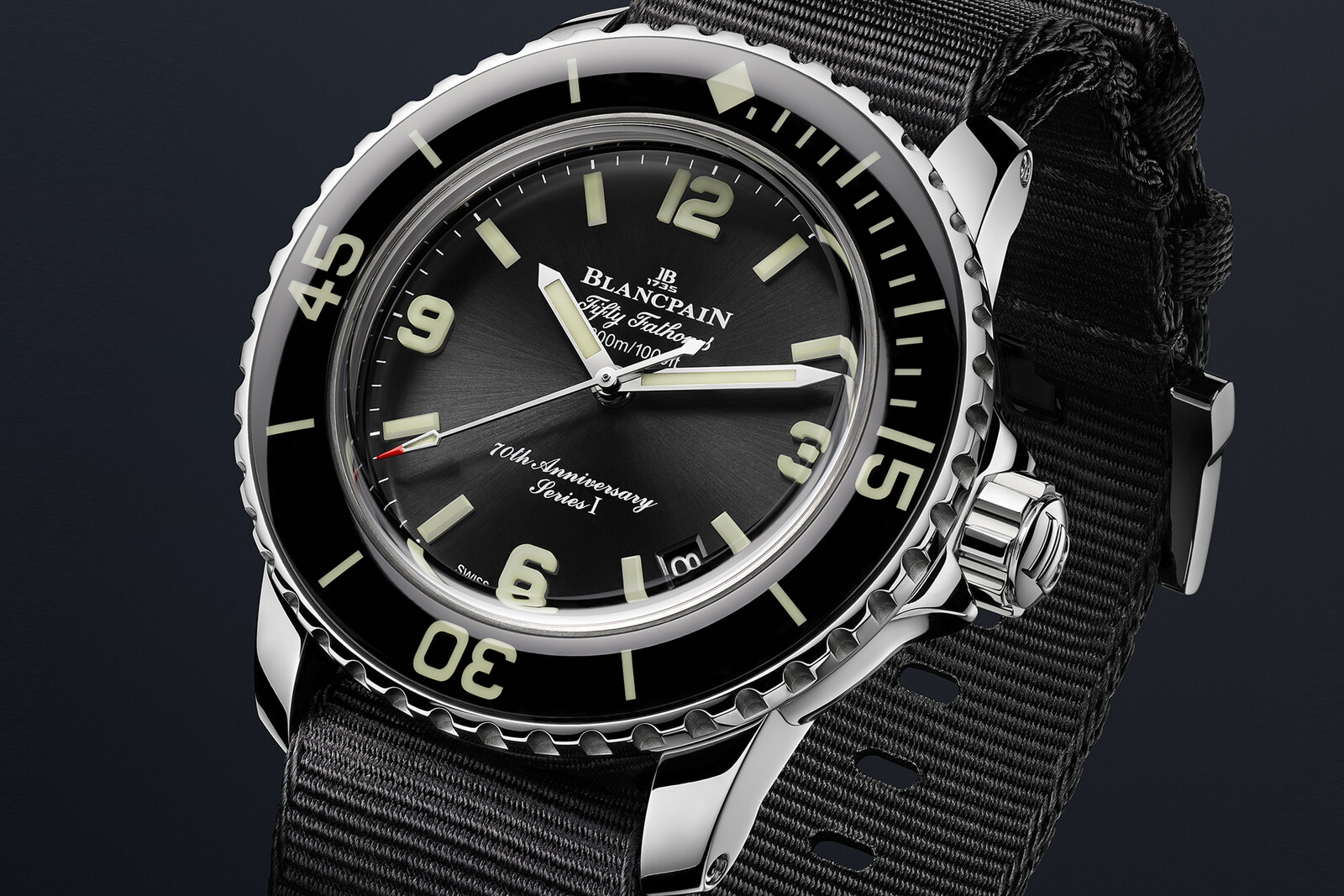 Even though the anniversary watch is broadly similar to the standard Fifty Fathoms in terms of design, it has been refined and arguably improved, especially on the dial. Blancpain skipped the easy route of copying the earlier model and scaling it down. Instead the designers commendably captured the spirit of the original with the vintage typography under 12 o’clock, while using modern elements like the applied, resin hour markers (basically blocks of plastic impregnated with Super-Luminova).

But that is one element I wish was different, the date window between four and five o’clock. The date is an entirely superfluous element on a dive watch, especially so on a watch that is heavily inspired by a historical model. Hopefully, this will be done away with in the following anniversary models as several more will be launched over the year – explaining why this is labelled “Act 1”.

At the time of writing Blancpain has yet to announce the pricing for this, but we can safely assume it will be priced well above the US$14,500 of the standard, 45 mm model.

Lastly, the distribution of “Act 1” is notable for being online-only. It will only be available via Blancpain’s website in late January, with the 210-piece run split evenly between customers in three regions, namely the Americas; Asia; and Europe, the Middle East, and Africa. The online, direct-to-consumer truly caught on during the pandemic and such launches often sold out. But that was then and it remains to be seen if demand continues at the same pace now.

The new Fifty Fathoms is a careful and modernise reinterpretation of the original from 1953, which was conceived by the then-chief executive of Blancpain, Jean-Jacques Fiechter (1927-2022). According to Blancpain lore, Fiechter devised the watch after a brush with death when, not having a watch on his wrist underwater, he ran out of oxygen during an amateur dive excursion in the south of France. Later, with the input of French navy combat divers Robert “Bob” Maloubier and Claude Riffaud, Fiechter designed a watch that would also meet the requirements of military. 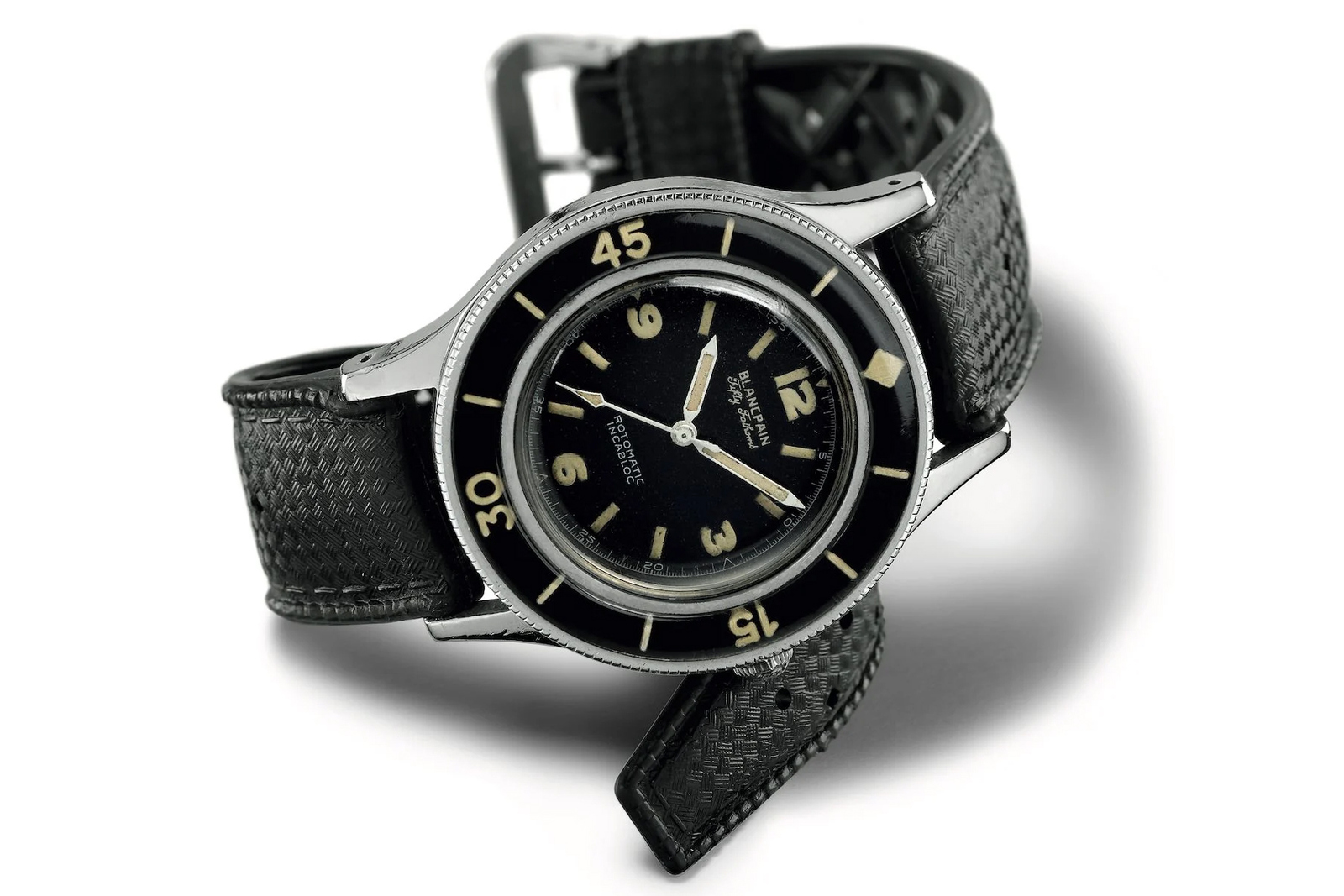 The original Fifty Fathoms from 1953

The anniversary watch is a tribute to that original, more or less. At 42.3 mm in diameter and 14.3 mm in height, the case has been reduced to almost the dimensions of the original, making it much smaller than the standard model that is a large 45 mm.

The rest of the watch is mostly identical to the standard model. The case is polished stainless steel with broad, chunk lugs, while the bezel has a sapphire insert over a luminous scale. At first glance the dial looks similar, but it is notably different. It has the same metallic black finish with sunburst brushing, but the applied numerals are luminous resin blocks. These tweaks should make the new Fifty Fathoms more wearable and legible.

As with most other Fifty Fathoms models, the “70th Anniversary Act 1” is powered by the in-house cal. 1315, the mainstay of self-winding movement line-up. It’s a large-diameter workhorse with three barrels that provide a longer-than-average power reserve of 120 hours. And for the anniversary, Blancpain has added a platinum rotor with commemorative markings in relief. 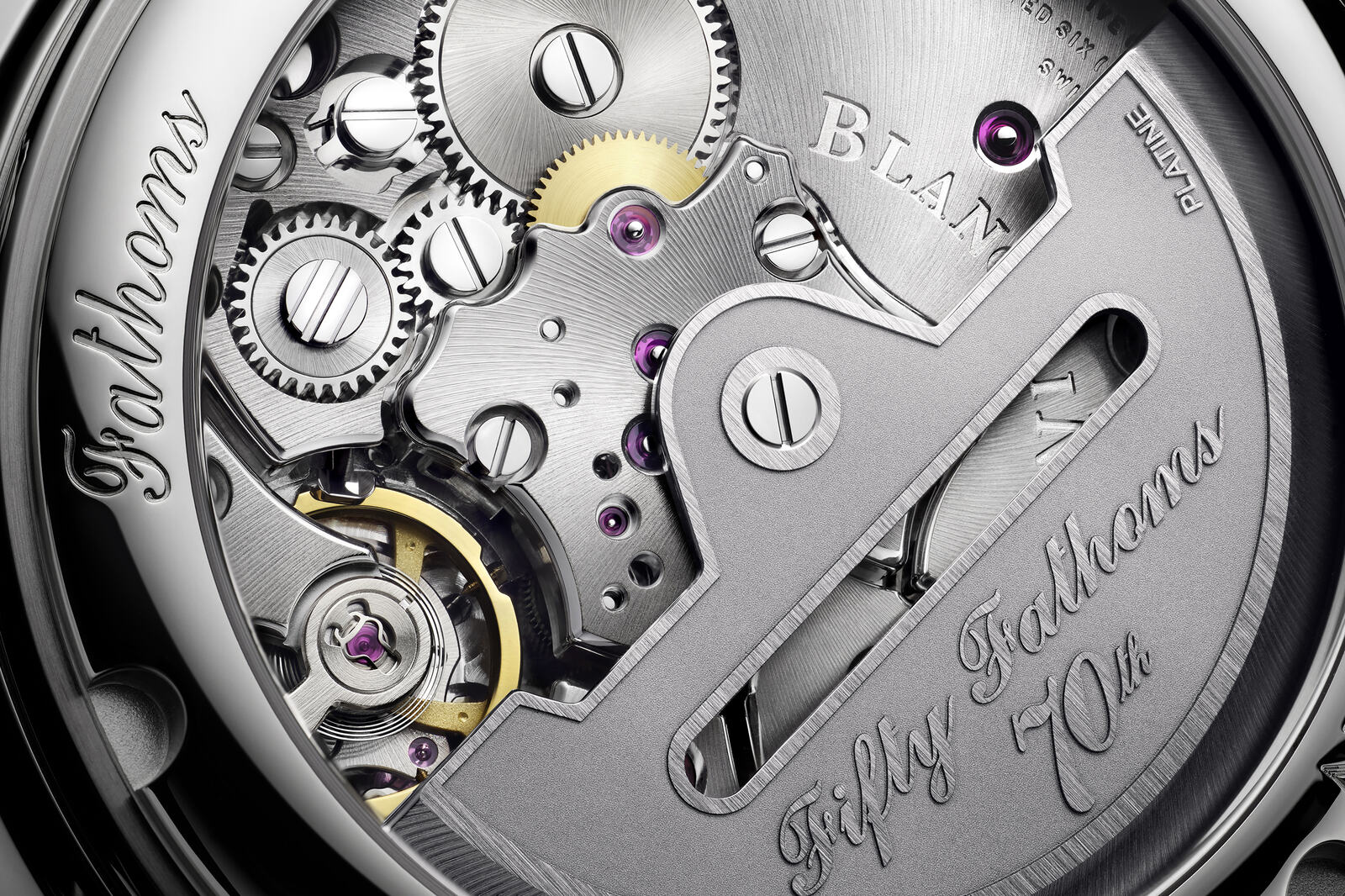 Limited edition: 210 pieces, with 70 examples for each of three regions, EMEA (Europe, Middle East and Africa), the Americas, and Asia
Availability: Via the Blancpain website beginning late January 2023
Price: To be announced