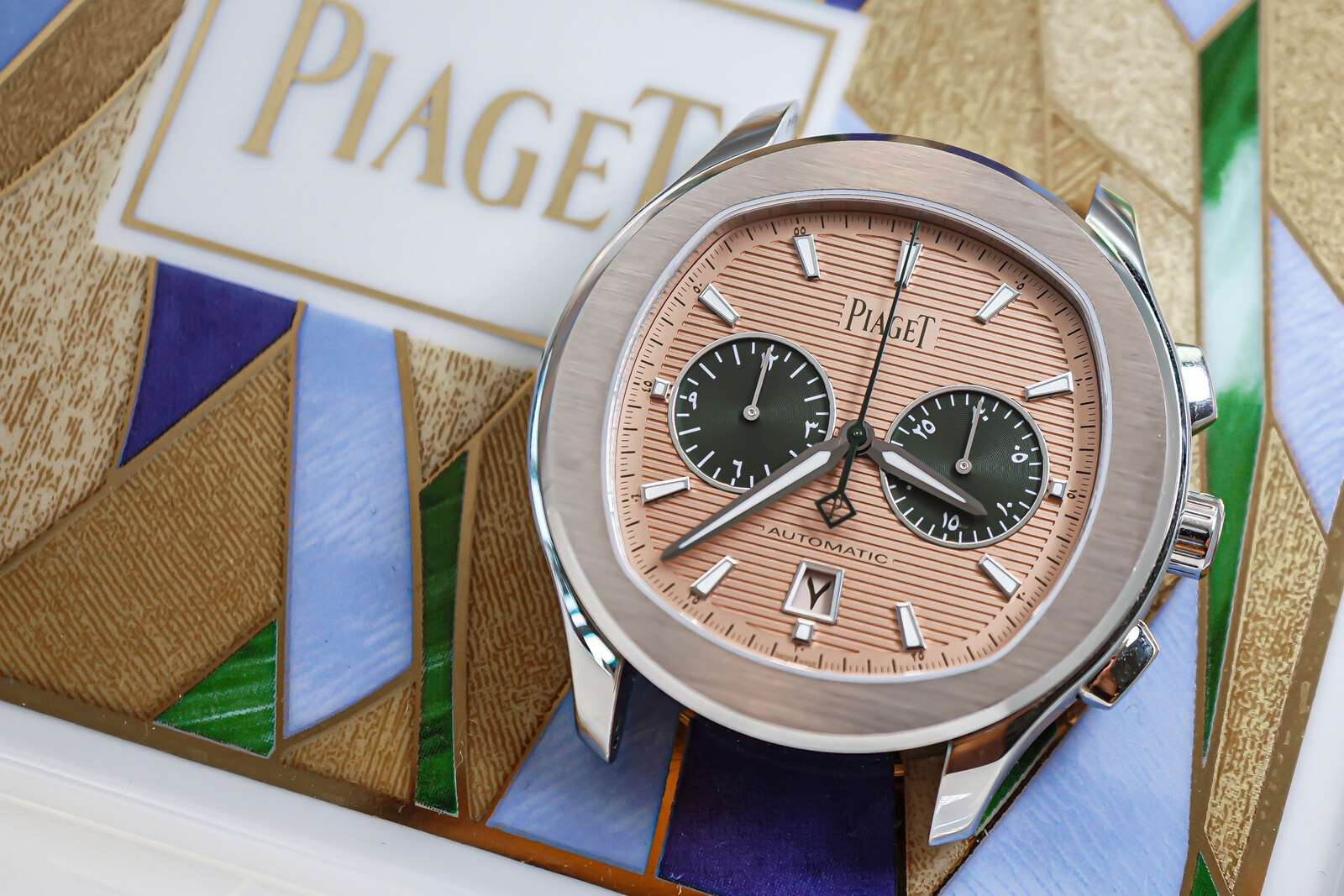 A horological influencer in the Middle East, Hassan Akhras is behind the magazine Arab Watch Guide and Arab Watch Club (AWC), a community of collectors in the region. Like other regional clubs, the AWC has its share of limited editions made for its members, with the latest being the Piaget Polo Chronograph “Hope” Arab Watch Club Edition. Made to celebrate the seventh anniversary of the club, the edition is Mr Akhras’ first project with Piaget.

Special editions made for the Middle East usually intrigue me because they often have elements specific to the region, including the familiar Hindu-Arabic numerals on the dial.

The Polo “Hope” takes a more subtle approach instead of the more overt styling often found on watches for the region. While the dial is eye-catching in its colour, the Hindu-Arabic numerals are found only on the chronograph registers and date wheel.

Aside from the Hindu-Arabic numerals, the palette makes the Polo “Hope” an attractive watch. It’s distinctly different from the variants of the model to date.

And even in its original form, the Polo S Chronograph has appealing dimensions at 42 mm in diameter and 11.2 mm in height. It’s a large, sporty watch but slim enough to slip underneath a cuff.

Sadly, this timepiece is exclusive to its membership of the Arab Watch Club, and all 30 pieces have been sold out. 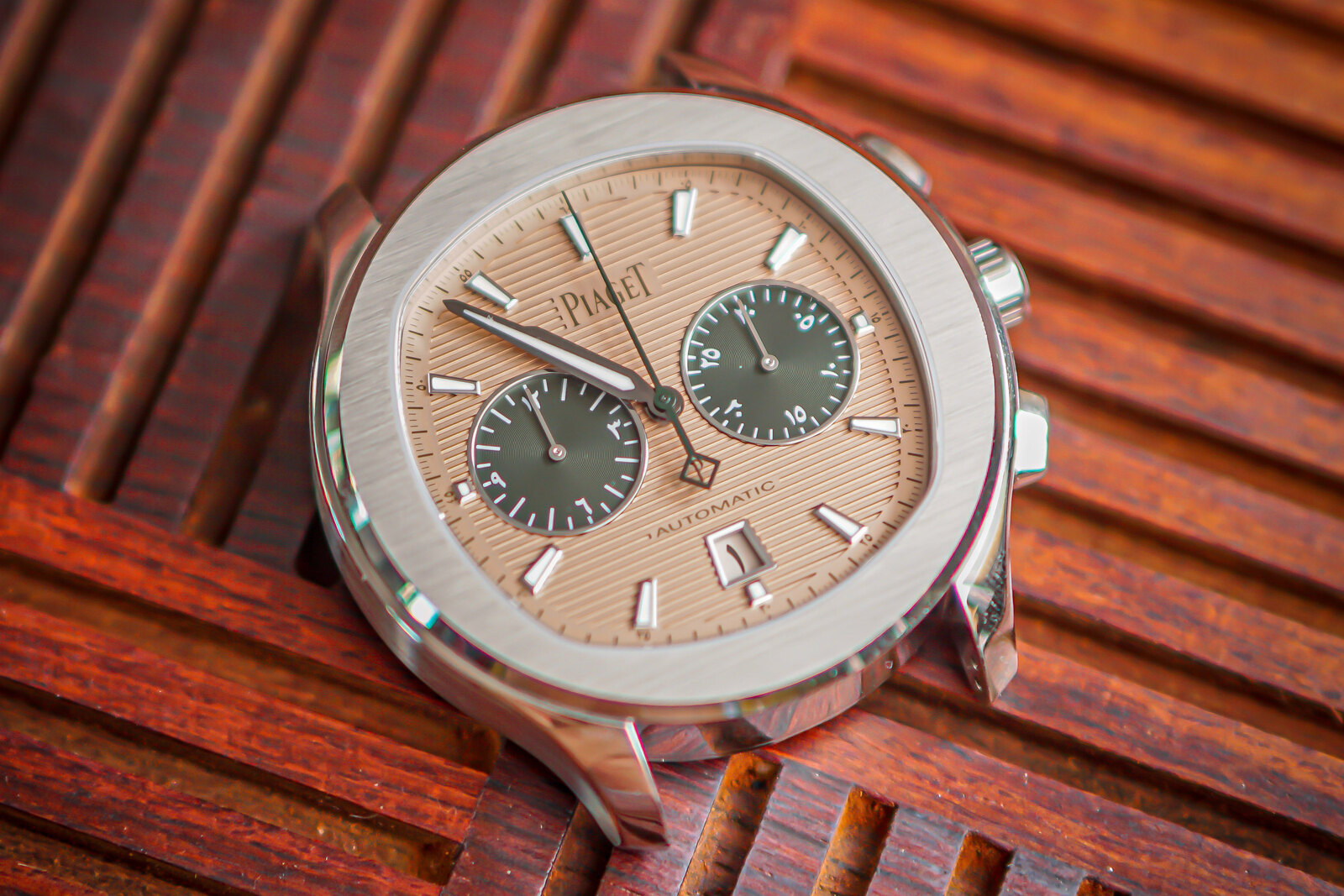 While Piaget has done limited editions for specific countries, the brand had not teamed up with a collector’s club until AWC. According to Mr Akhras, the project took a year to realise, although it started with something entirely different.

Mr Akhras originally wanted an Altiplano Skeleton in Steel. “Unfortunately, [Piaget] doesn’t use steel on Altiplano and [they] had the plans to release the Polo Skeleton [in] steel which made the idea non-feasible,” explained Mr Akhras, “So, we decided to switch the project to the Polo sporty line, where we can have more versatility and options in the design.” 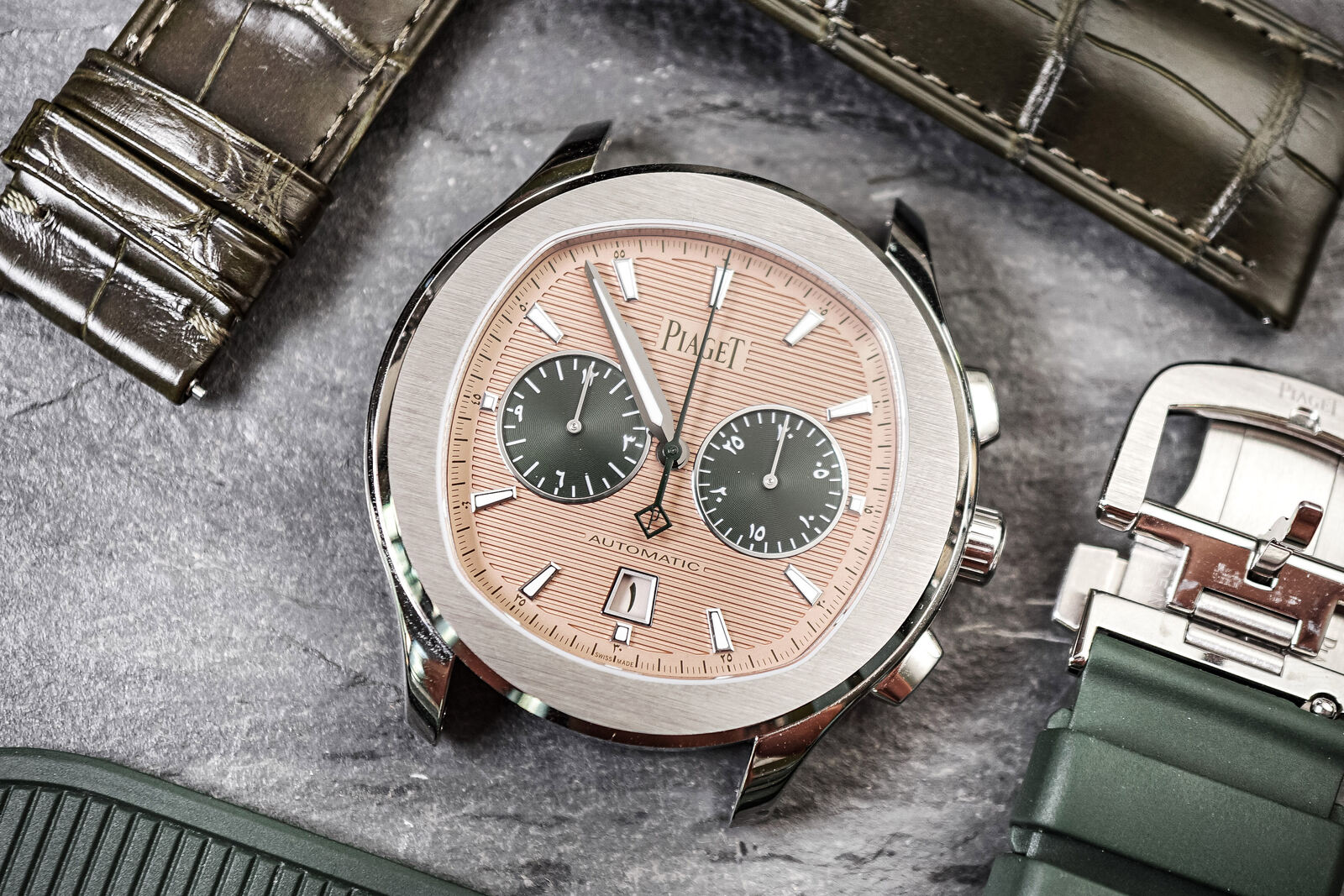 The Polo “Hope” gets a bit more visual flair with a “salmon” pink (officially “coral salmon” according to Piaget) dial with contrasting khaki-green registers. Notably, the use of Hindu-Arabic numerals are a first for the brand – here they are found on the registers and date.

As with the standard edition, the Polo Chronograph “Hope” is powered by the cal. 1160P, the proprietary automatic chronograph movement with a column-wheel, vertical clutch, and a 50-hour power reserve. Originally developed by Jaeger-LeCoultre, variants of the movement are use by other brands owned by Richemont, including Cartier. 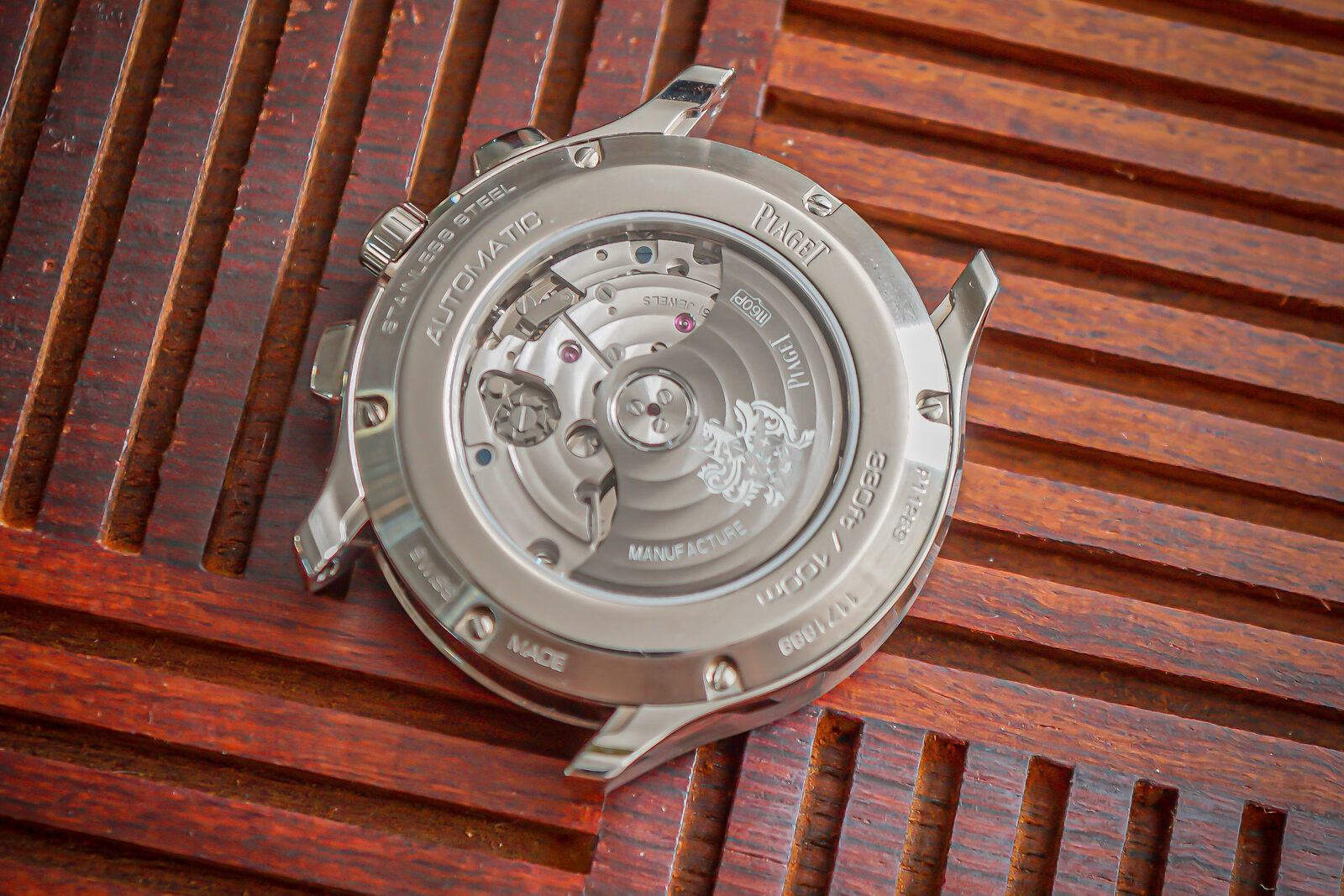