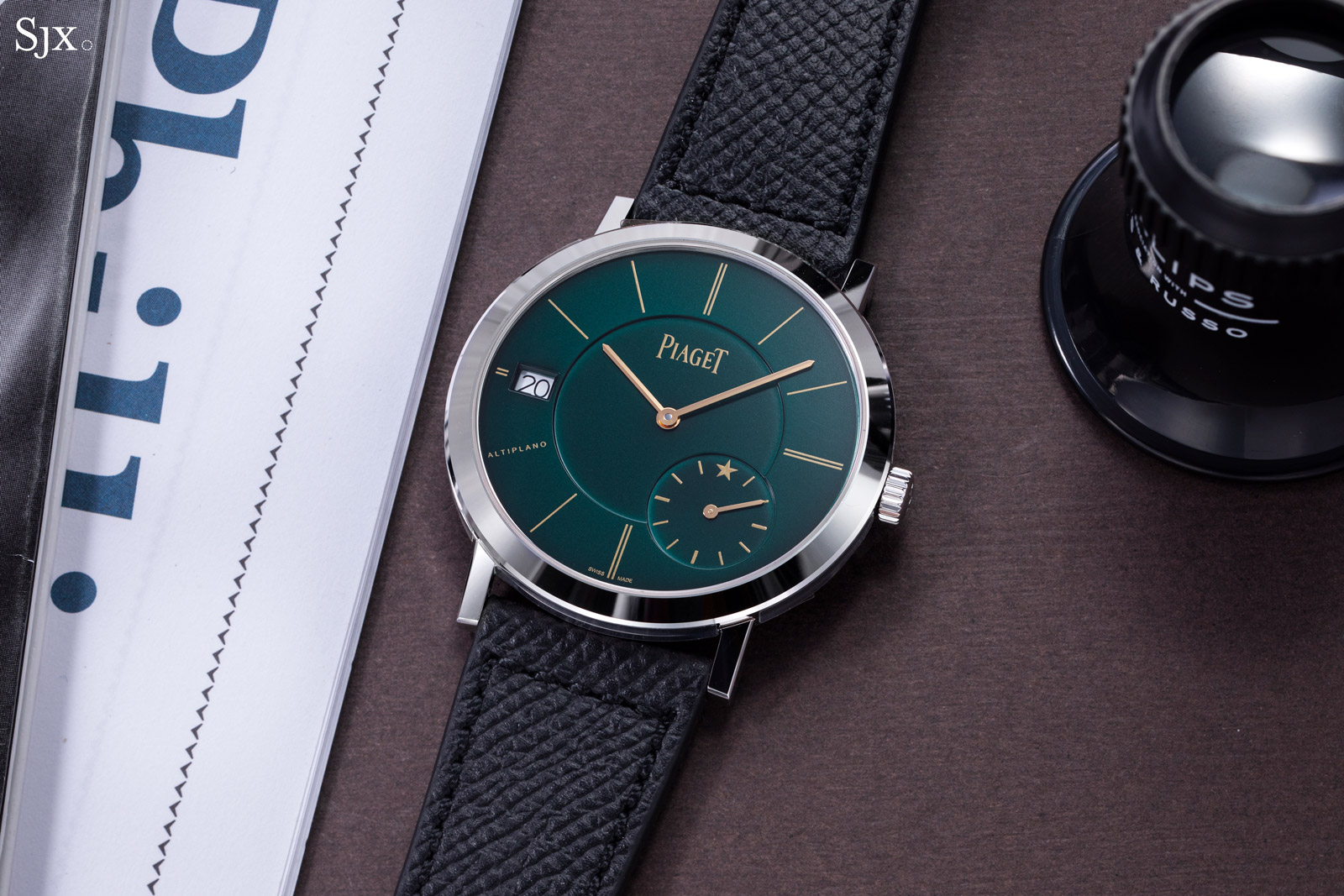 The latest addition to the ultra-thin lineup is the 21-piece limited edition that emerged from a collaboration between Piaget and auctioneers Phillips, the Altiplano Origin China Special Limited Edition. It will be available only at Piaget boutiques in China with the exception of the prototype numbered “00/21” that will be sold at Phillips’ upcoming Hong Kong sale on November 28. 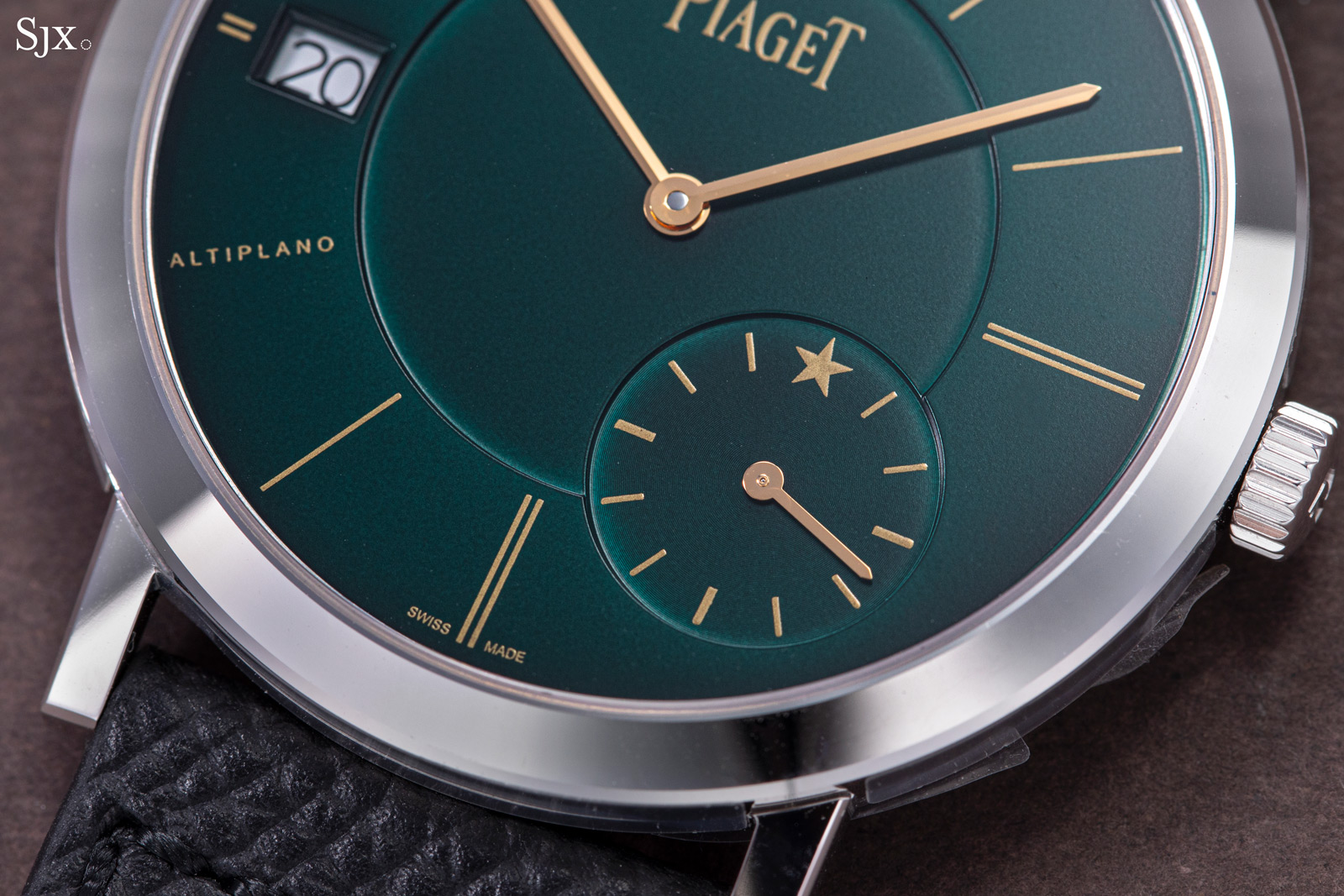 Ordinarily found with a conservative and somewhat plain silver dial, the Altiplano gets a major makeover with a lacquered green dial paired with pink gold hands and indices that liven up its usual monochromatic look. It’s clearly a dress watch yet manages to stand out against all the other dress watches.

That said, the dial is almost perfect, but not quite – the date window with a white date disc looks out of place. I would have preferred the dial to do away with the date altogether. 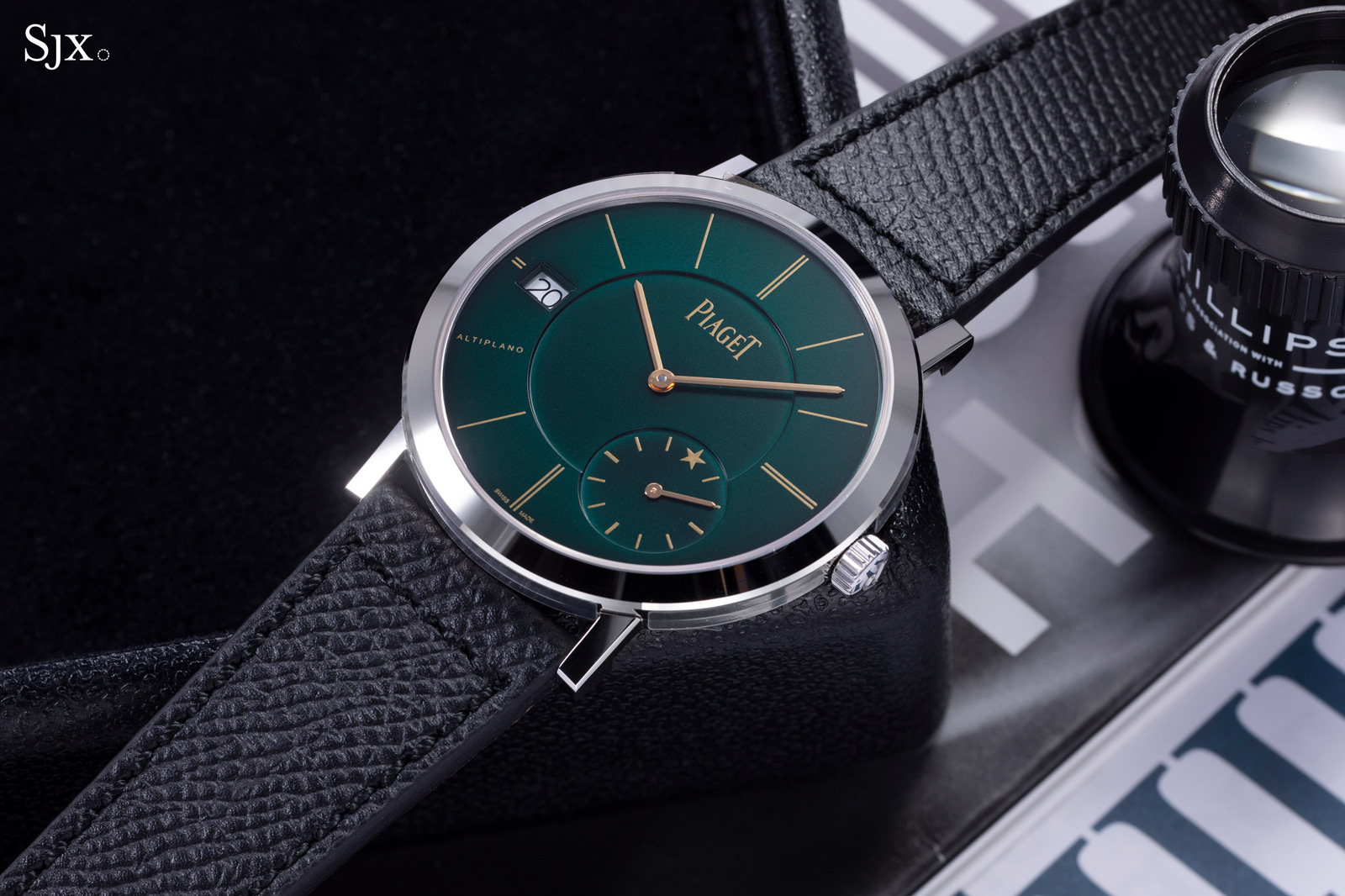 The case remains the same as the standard model with a wearable and modern size of 40 mm matched with a thinness of just 6.36 mm that’s further enhanced by the slim lugs. Its height, or lack thereof, is thanks to the cal. 1205P, among the thinnest movements made by the brand.

Importantly, the China edition is affordable relative to the standard Altiplano. It retails for 10% over the regular production model, which is certainly a worthwhile upgrade given its aesthetic appeal.

While the dial retains the overall look of the standard version, a few changes are apparent upon closer inspection, the colour being the most obvious.

Inspired by the picturesque landscape of China’s vast Qinghai-Tibet Pleateau (incidentally, altiplano is “plateau” in Spanish), the green dial is richly coloured and contemporary in comparison to the standard Altiplano that is inevitably silver.

Lacquered in three layers that thin out towards the edges, the dial has a deep green gradient finish. It’s match with pink gold-plated hands and indices in pink gold-tone print. The contrast between the green and pink gold renders the dial not only eye-catching but also highly legible. 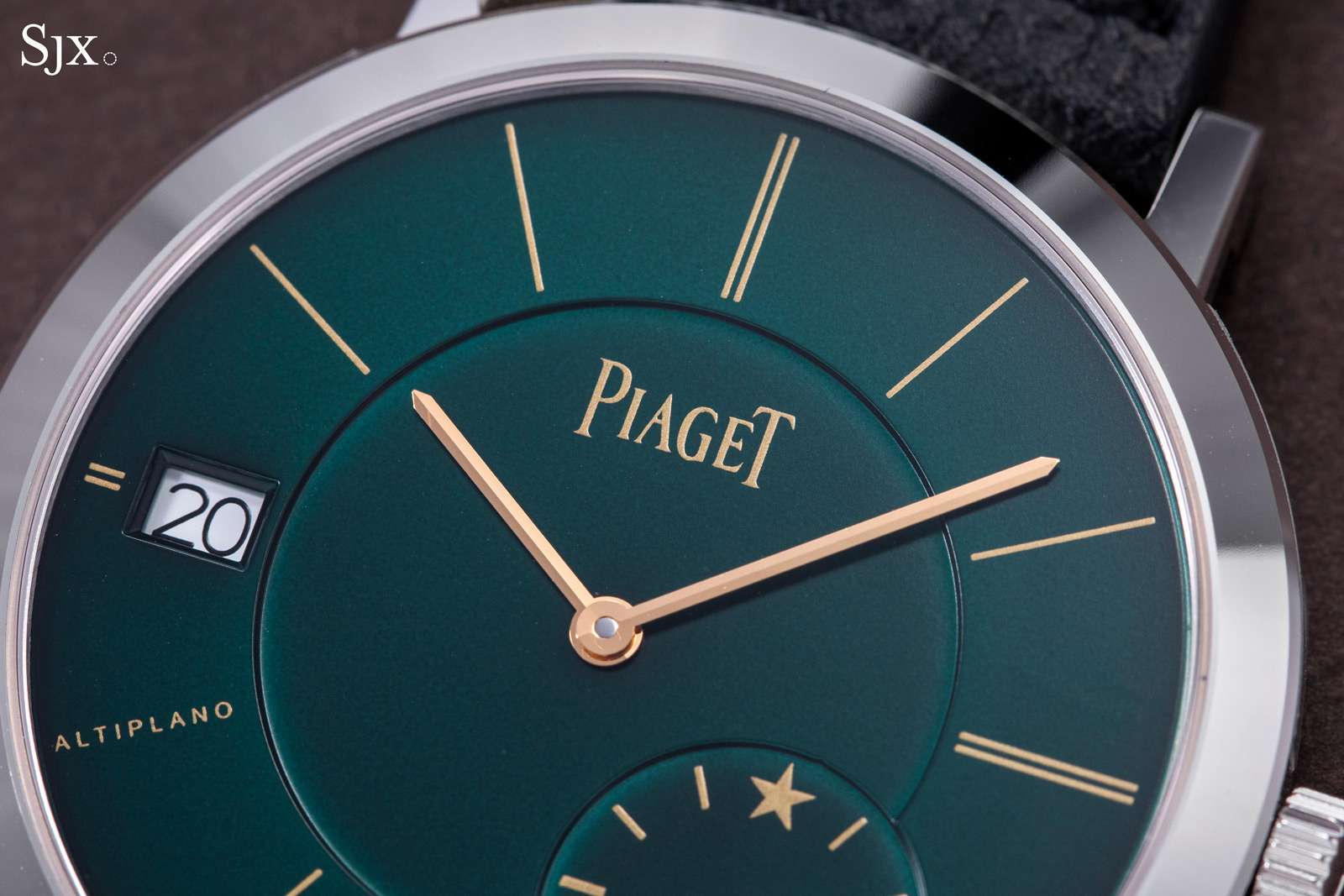 But the tweaks to the dial go beyond its colour. For one, the seconds register is now free of the Arabic numerals found on the standard model, and instead replaces them with baton markers, resulting in a cleaner look that better suits the watch. A more discreet twist is the “secret” signature that forms the baton hour marker for eight o’clock.

Notably, despite being a China-only edition (that often have overt Chinese symbols or colours), the only iconography with an overt association with China is subtle and tasteful – a pink gold star in the sub-seconds register. It brings to mind the stars on the Chinese national flag, but according to Piaget it represents the North Star visible from the plateau. 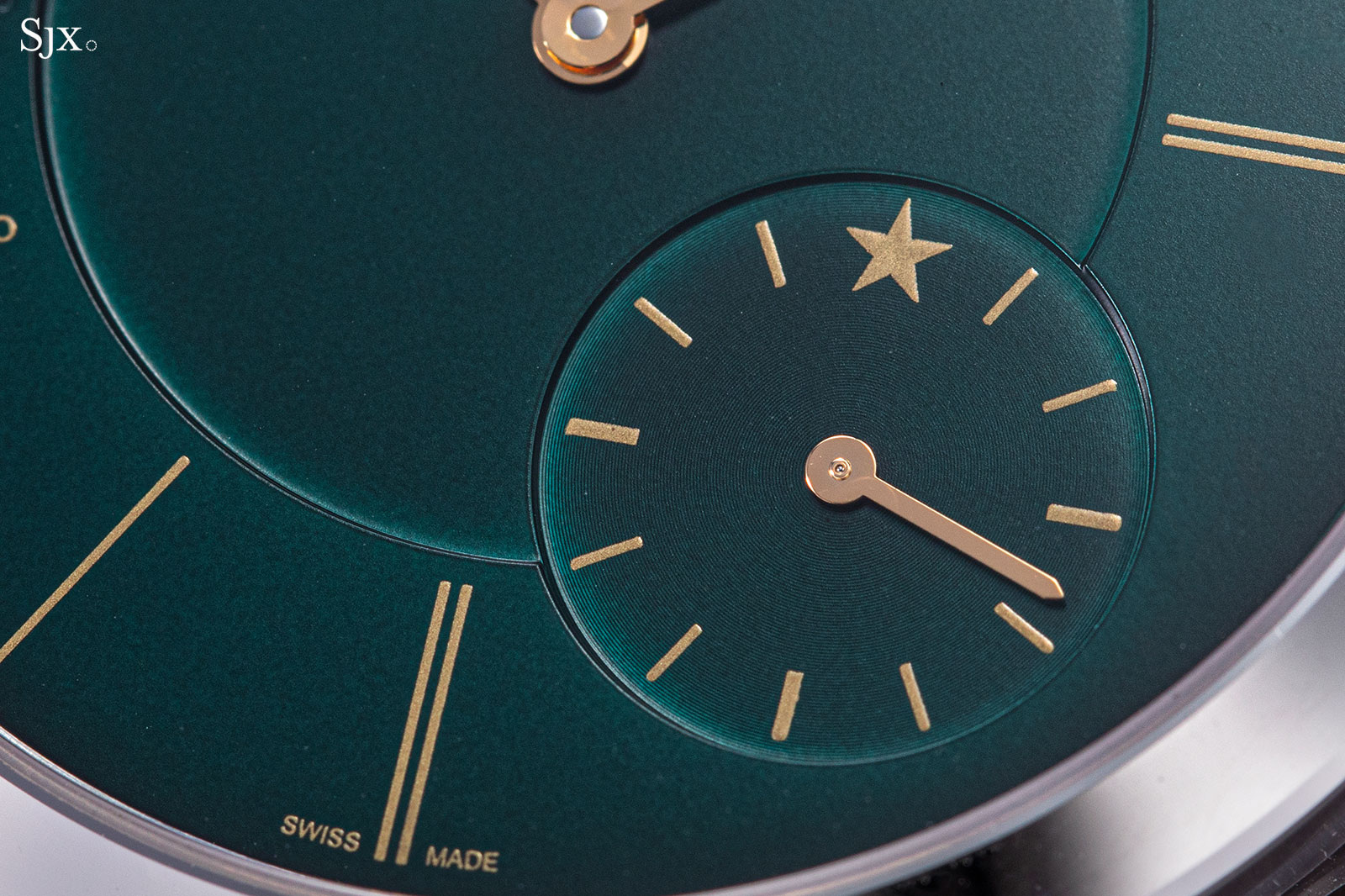 Although the dial is clearly well thought out, one detail stands out for being out of place. The date window is exactly the same as on the standard Altiplano models, which means it’s a white disc with black numerals, a colour combination that is somewhat jarring against the green-and-gold dial.

Perhaps the date was a technical necessity. Piaget does make a version of the same movement without the date function, the cal. 1208P, but that goes into an Altiplano model with a larger case, presumably one without the proportions desired by the designers of the China edition. But still a simple fix could have been implement to improve the look, namely a date disc in a dark colour for visual uniformity. 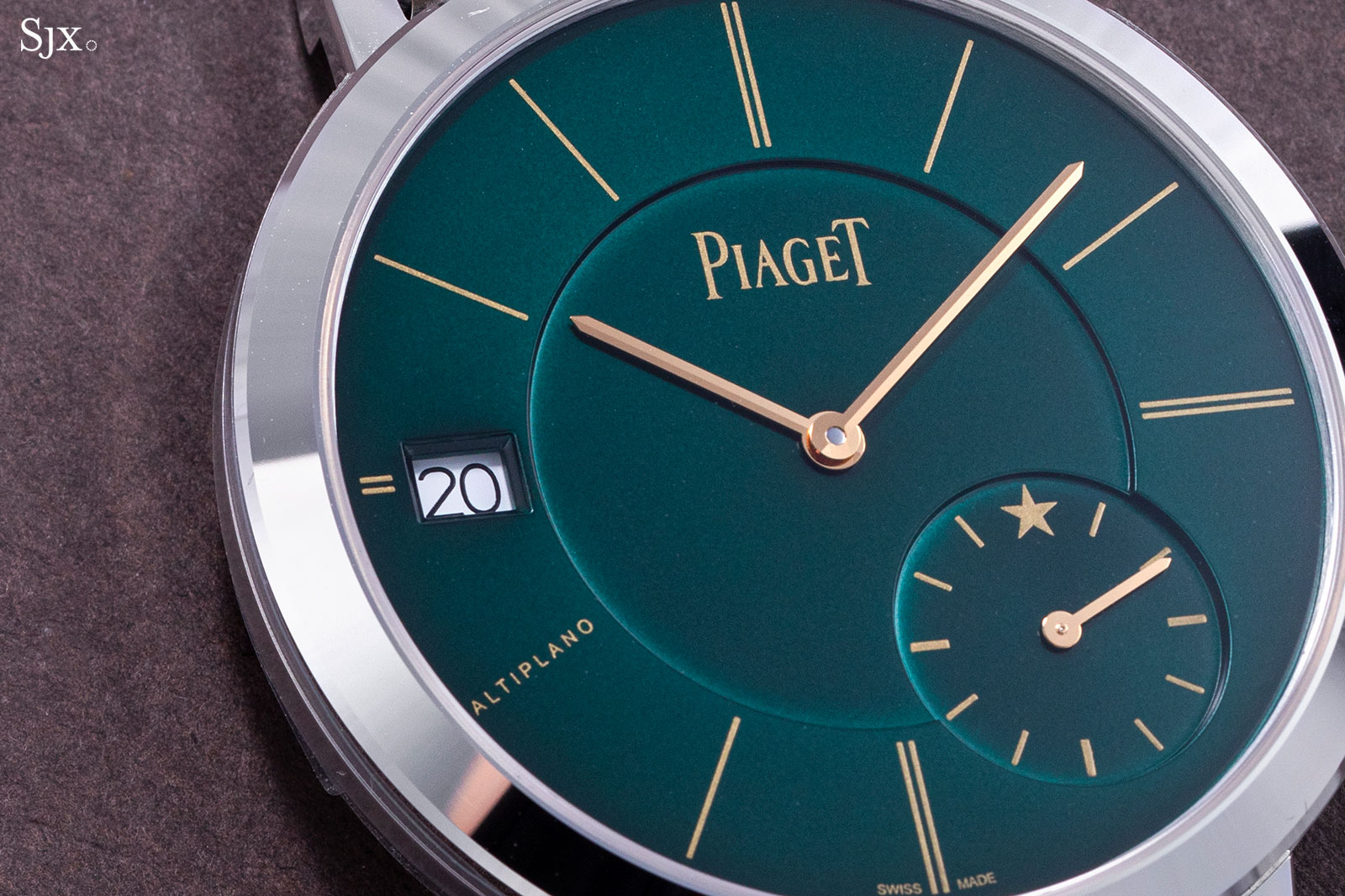 The thinness of the Altiplano has always been a huge part of its appeal. Since the introduction of the hand-wind cal. 9P in 1957, Piaget has been synonyms with ultra-thin watches, culminating in the record-breaking Altiplano AUC of 2020.

Based on the 40 mm Altiplano, the China edition is not a record-setter but very, very thin. The fully-polished, 18k white gold case accentuates its thinness, which allows the watch to wear like a second skin. While minimalist in both function and form, it is still instantly recognisable as an Altiplano since no other brand offers as this many variants of such dress watches today. 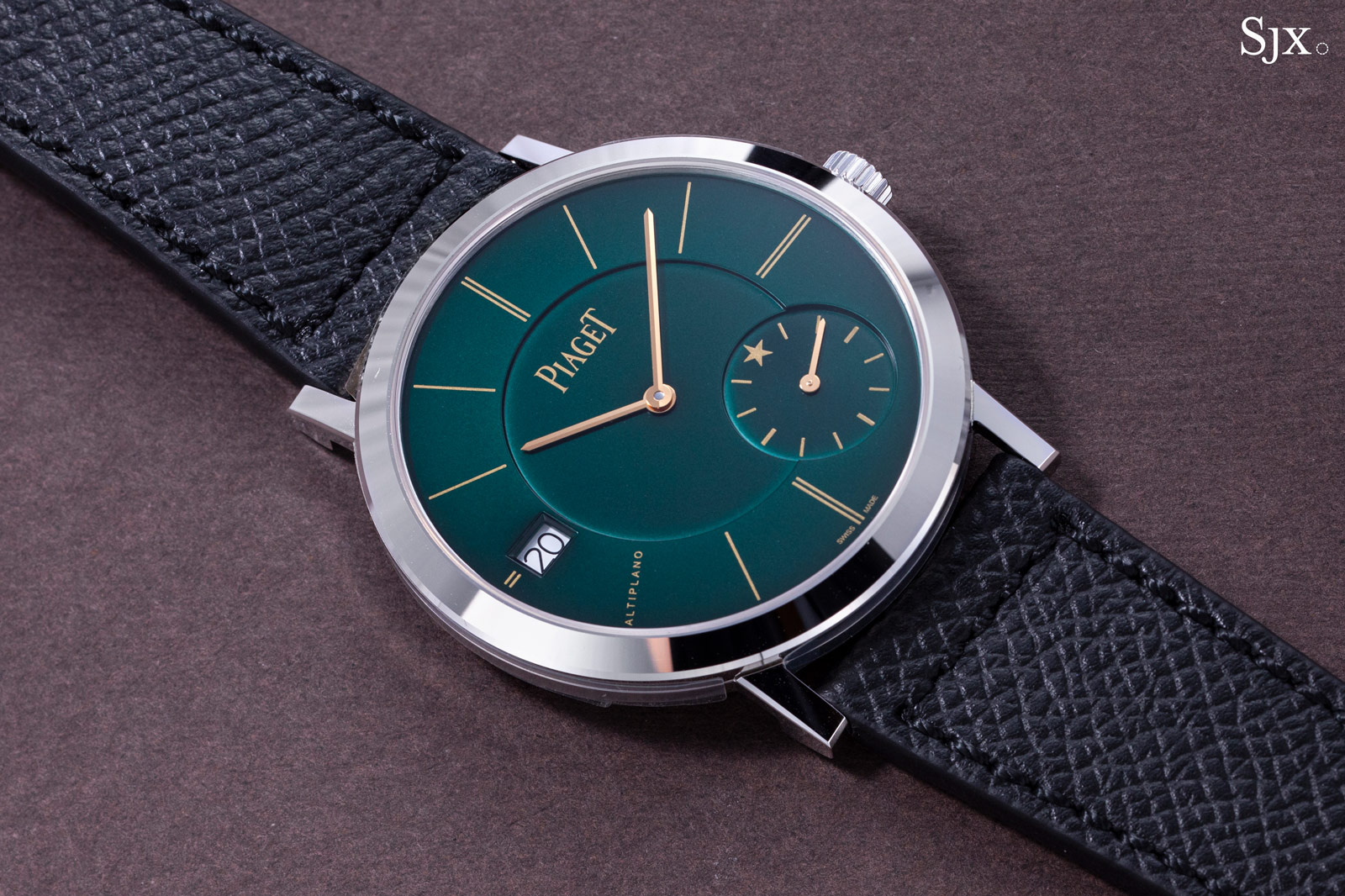 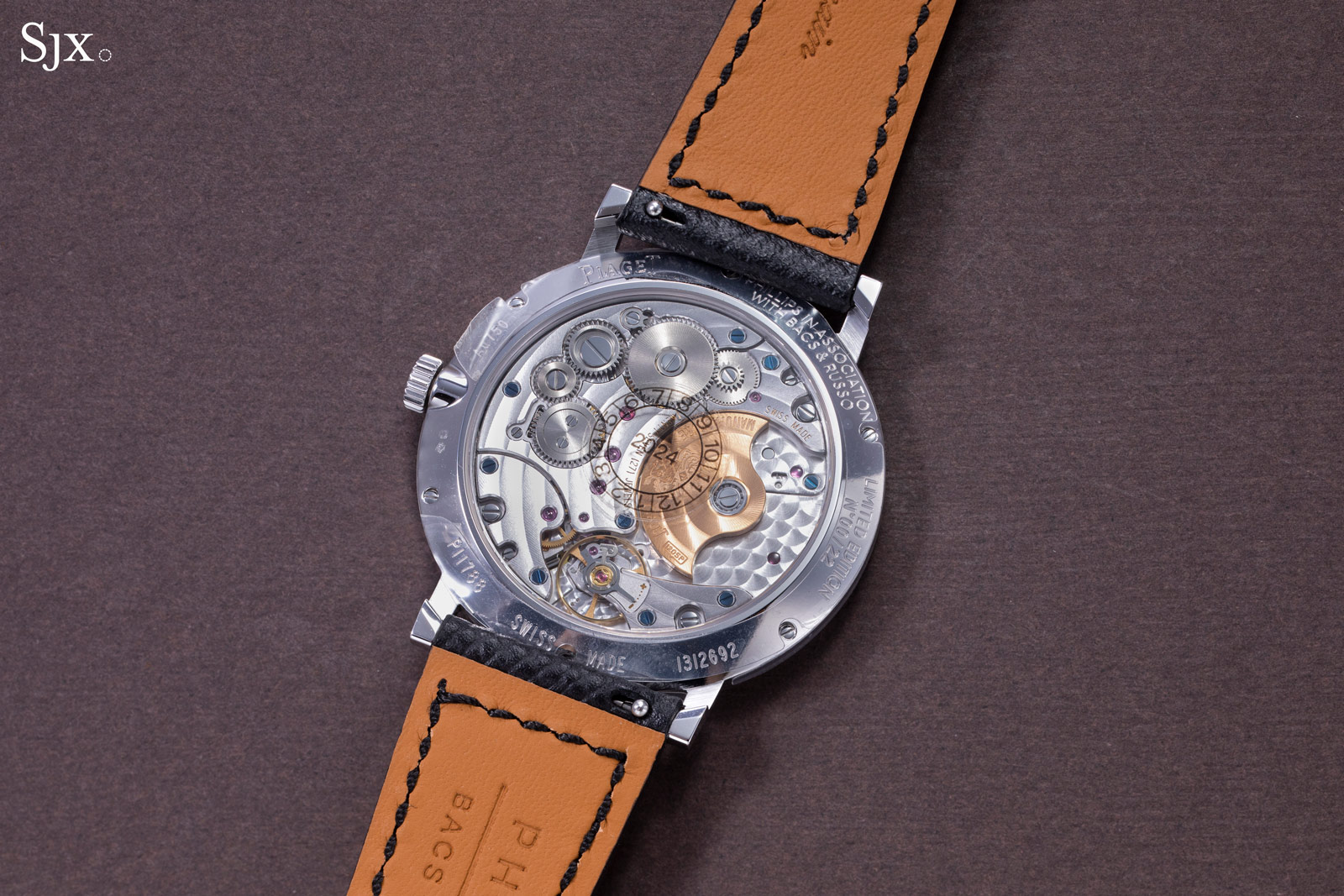 Inside is the cal. 1205P that has a distinctive look characterised by an off-centre, 22k pink gold rotor and several winding wheels beside it.  Evolved from the cal. 12P of 1960, the cal. 1205P has been greatly improved over its predecessor, boasting a higher frequency and a longer power reserve, but still stays wafer thin. Measuring only 3 mm high, the movement relies on slimmed-down components and minimal vertical distance between parts to achieve its thinness. 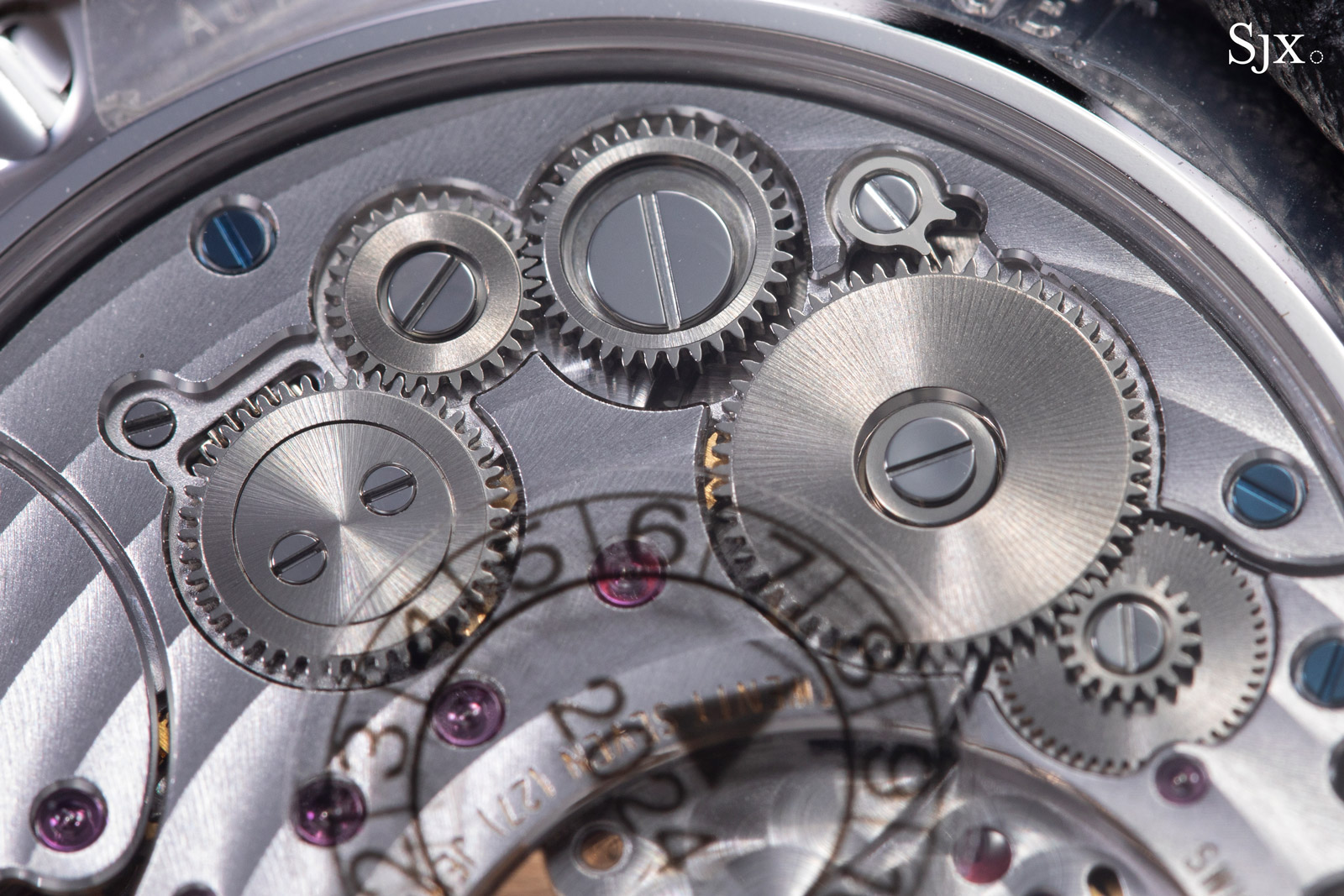 The movement is finished in typical Piaget style that’s a combination of industrial and hand finish. The bridges are decorated with circular Côtes de Genève and while many screws are blued. And two details mark out out as a Piaget calibre, one is the “P” on the regulator of the balance cock and the other is the Piaget family coat of arms on the rotor. 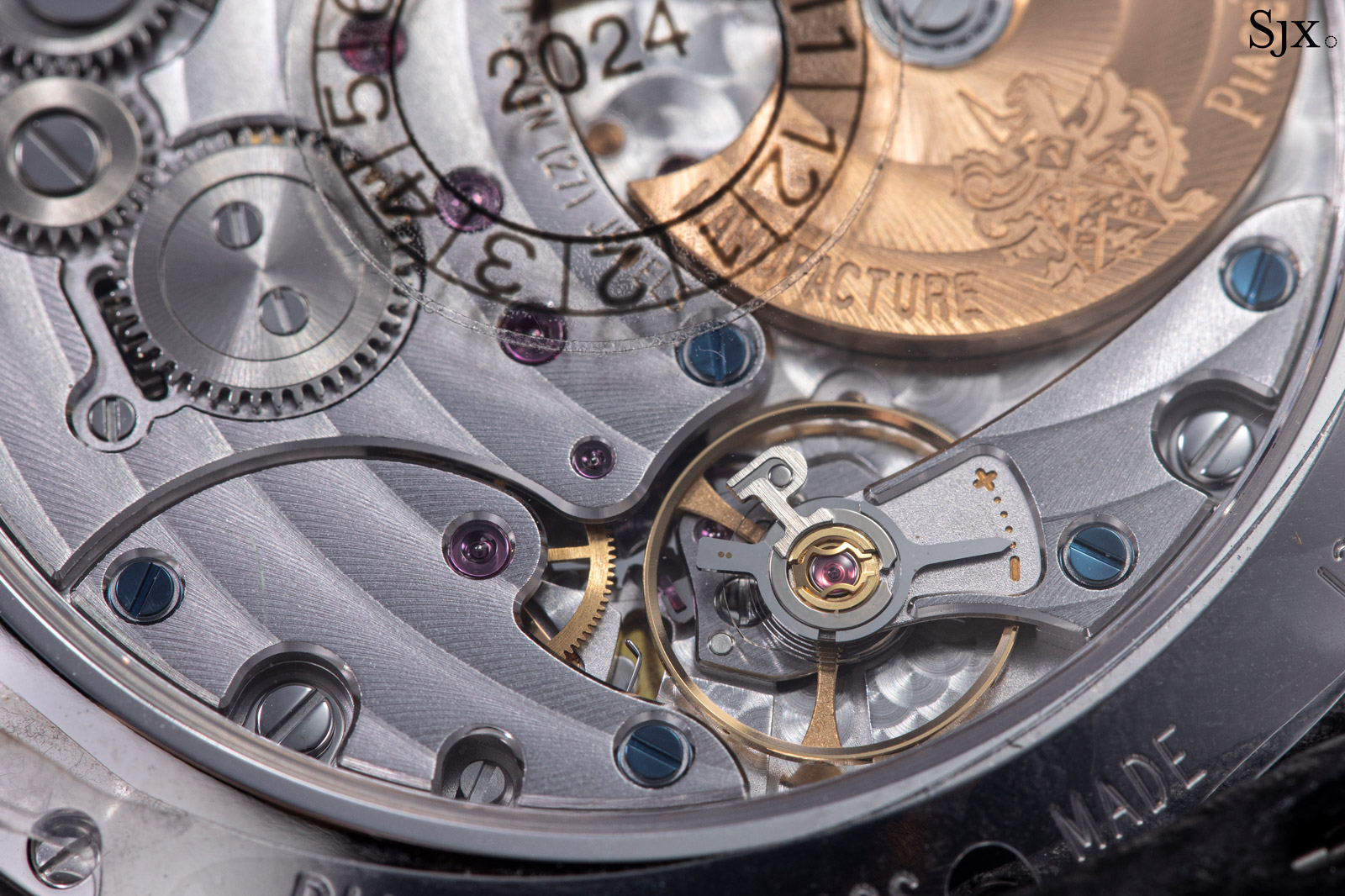 The Altiplano China edition possesses a good aesthetic that makes it appealing. It has been smartly conceived to liven up the model’s conservative looks with the addition of a striking green dial, which transforms the Altiplano into something bold and contemporary. And that comes at only a modest premium over the regular model, a difference that is easily justified with to the small number made and the enhanced visual appeal. 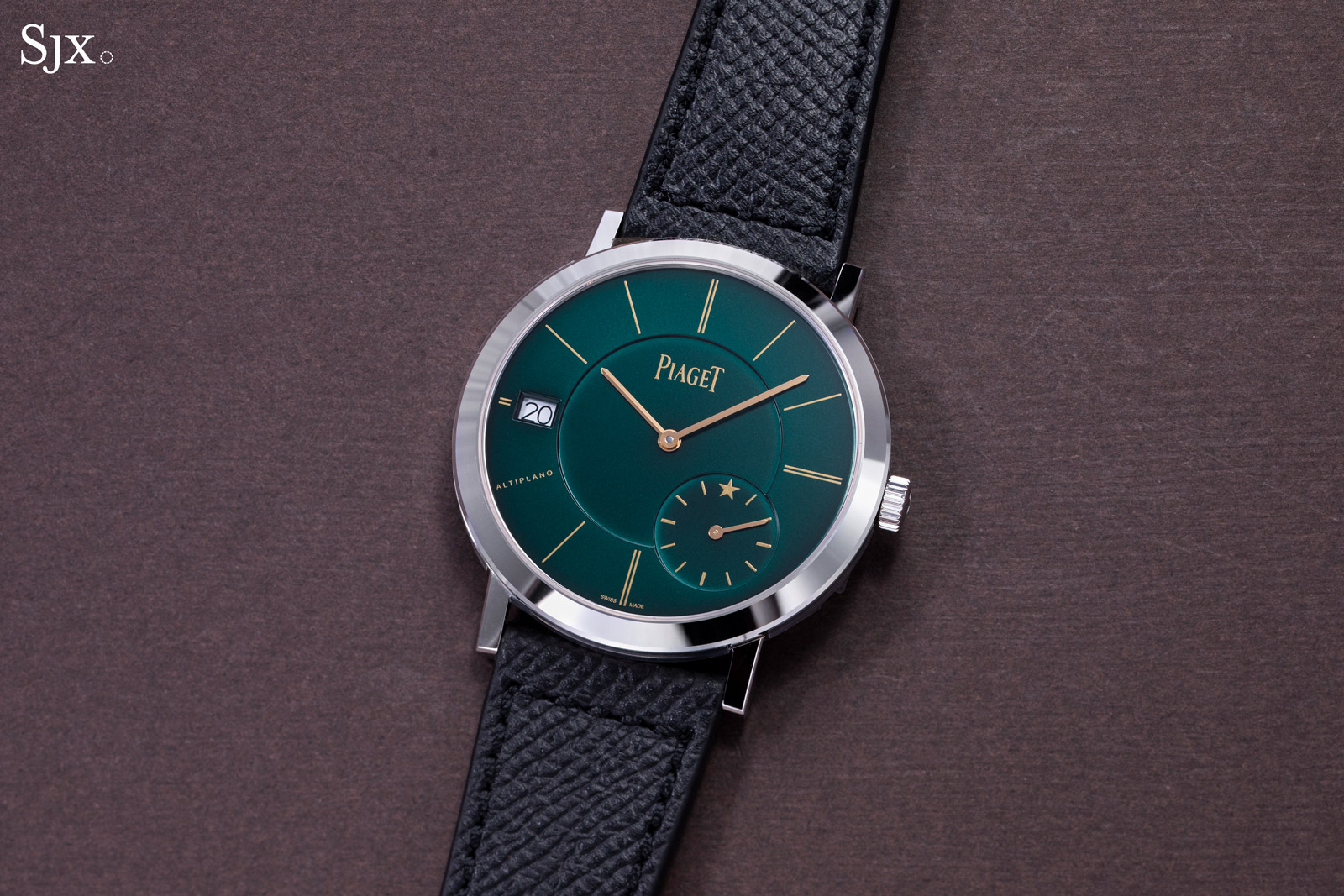 Limited edition: 21 pieces
Availability: Only at Piaget boutiques in China, with prototype to be sold at Phillips
Price: RMB228,000 (equivalent to US$31,900)