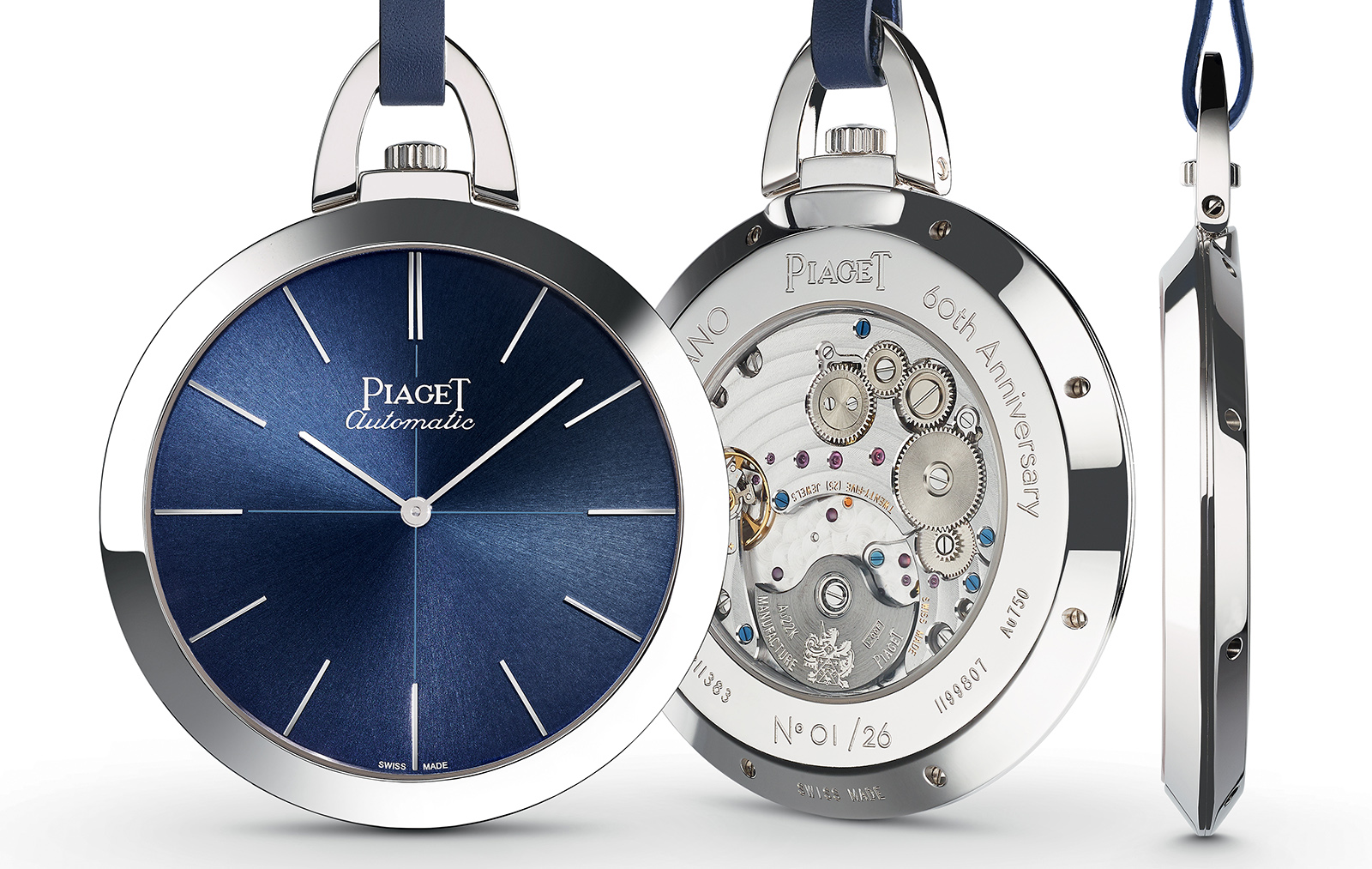 Ultra-thin watchmaking has become, to some extent, a more dynamic category in the market today, with several brands joining the arms race. But it’s been 60 years since the watchmaker synonymous with ultra-thins, Piaget, unveiled the first of its fantastically slim Altiplano watches. It was powered by the 2mm-high calibre 9P, then the world’s thinnest hand-wound movement.

To mark the 60th anniversary of the first Altiplano, the brand had earlier introduced a handful of brightly coloured limited-editions and a slim tourbillion at SIHH. And now it has just followed up with a limited edition Altiplano pocket watch.

This is not the first Altiplano pocket watch from Piaget, which launched a square pocket watch to celebrate the 50th anniversary of the same timepiece, making it something of a tradition. But this is perhaps the first time that the historical styling of the Altiplano has been fully incorporated into a pocket watch. Measuring 50mm in diameter, the timepiece features a white gold case with the same deep blue sunburst dial found on the anniversary models launched at SIHH. It bears all the hallmarks of the first Altiplano watches including the flat polished bezel, applied gold indices, slim baton hands, as well as the fine blue crosshair and “automatic” in italics on the dial. Inside its slender case is the 1200P movement – the world’s thinnest self-winding movement when it was first introduced in 2010, measuring just 2.35mm thick. A craft similar to wood marquetry, the segments of the circular frame are inlaid straw veneer, with the stalks arranged to radiate outwards, just like the brushed finish on the dial. Each stalk of straw was selected based on their shade to match the metallic sunburst effect of the dial.

The frame is punctuated with elongated markers that serve as an extension of the dial when the pocket watch is hung in its centre, transforming it into a table clock.

The Piaget Altiplano 60th Anniversary Pocket Watch (ref. G0A42108) is a limited edition of 26 pieces. Prices are to be confirmed.