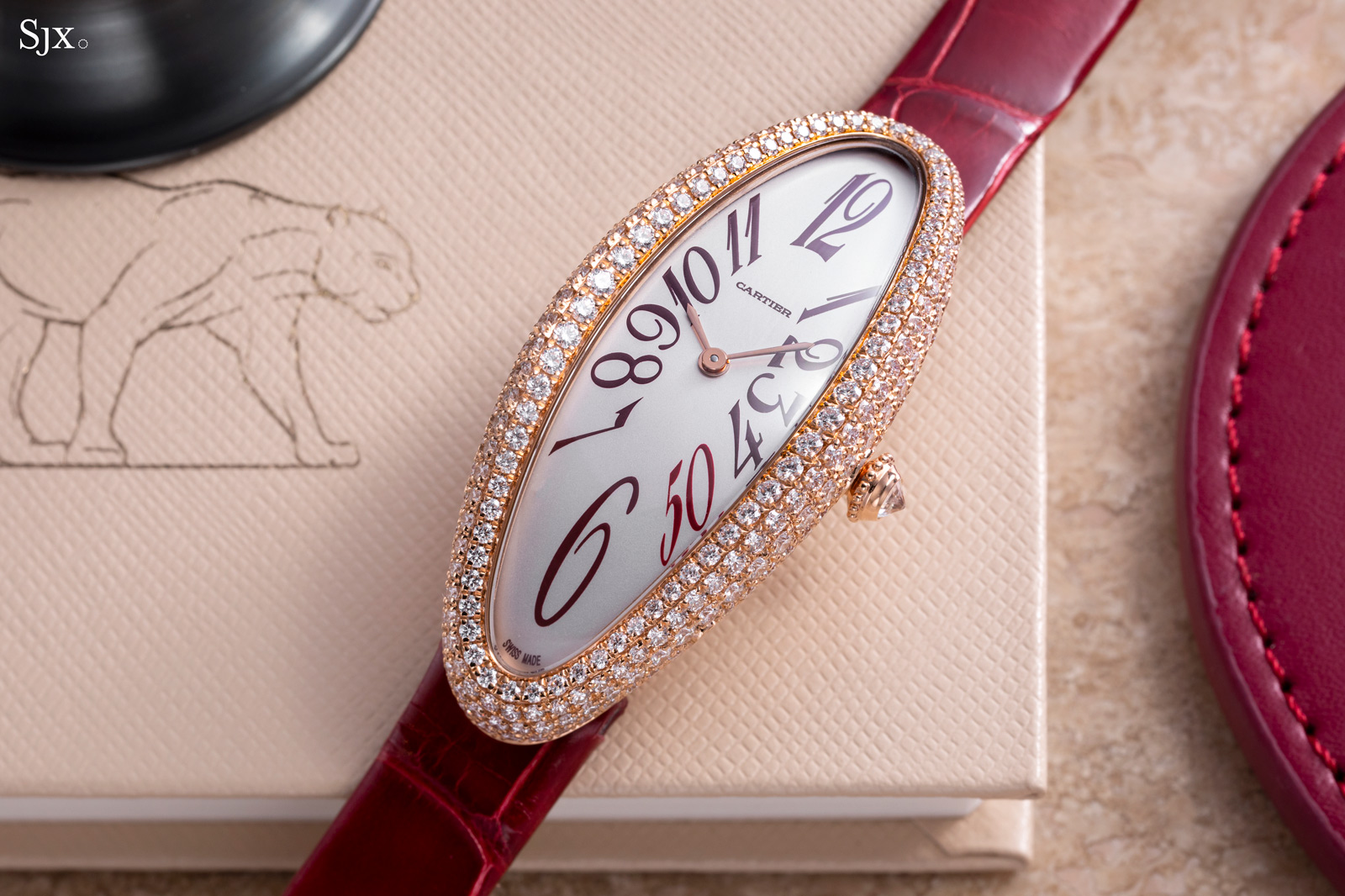 Continuing with the series of limited editions for its 50th anniversary, Singapore retailer Cortina has just debuted a new take on one of Cartier’s most overlooked timepieces, the Baignoire Allongée MM “Cortina Watch Golden Jubilee Edition”.

A limited edition of just ten watches, the new Baignoire Allongée retains the classic form, but with a subtle twist in the form of a “50” in Cortina’s corporate colour, while the case is tastefully set with diamonds. 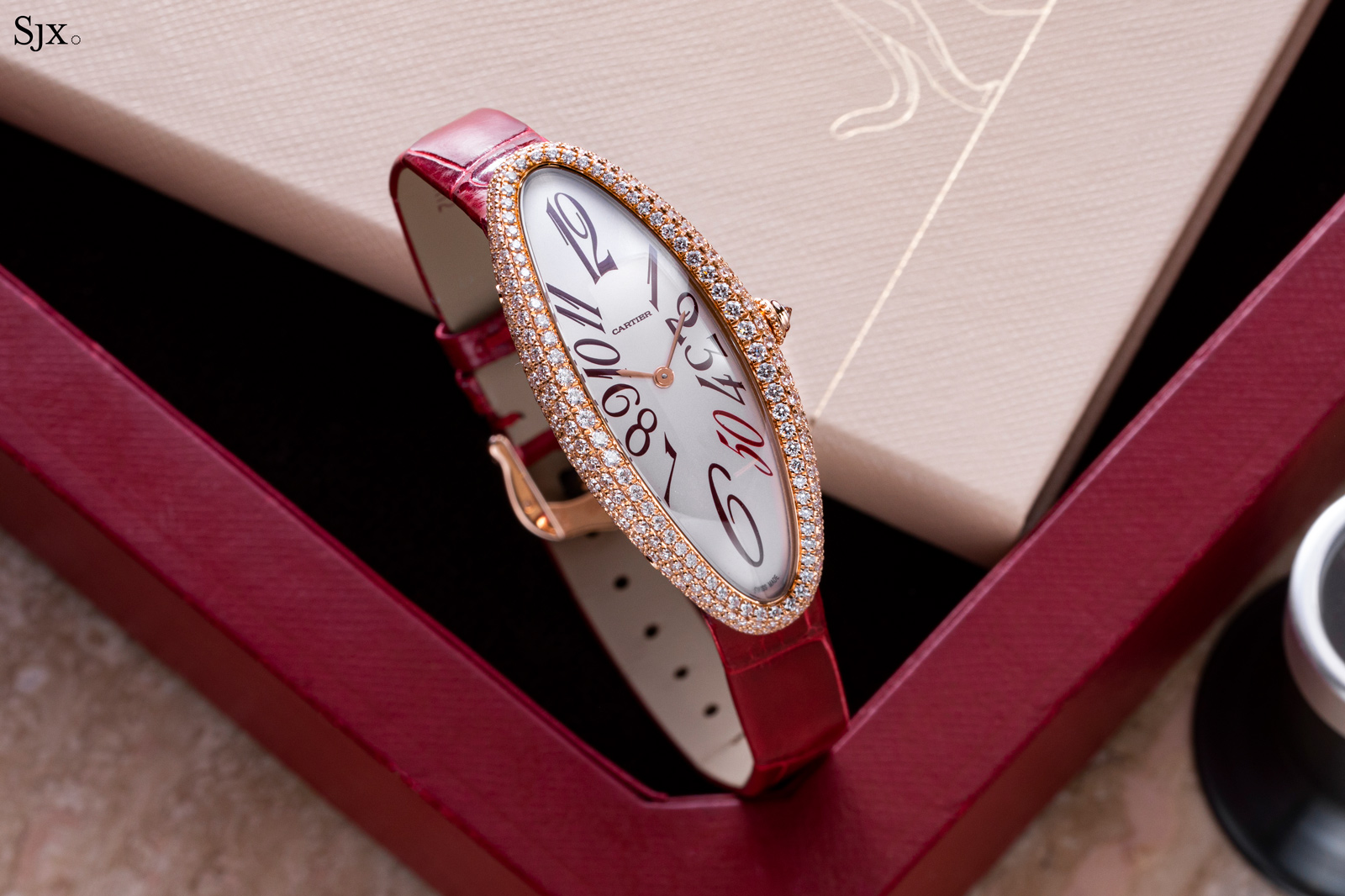 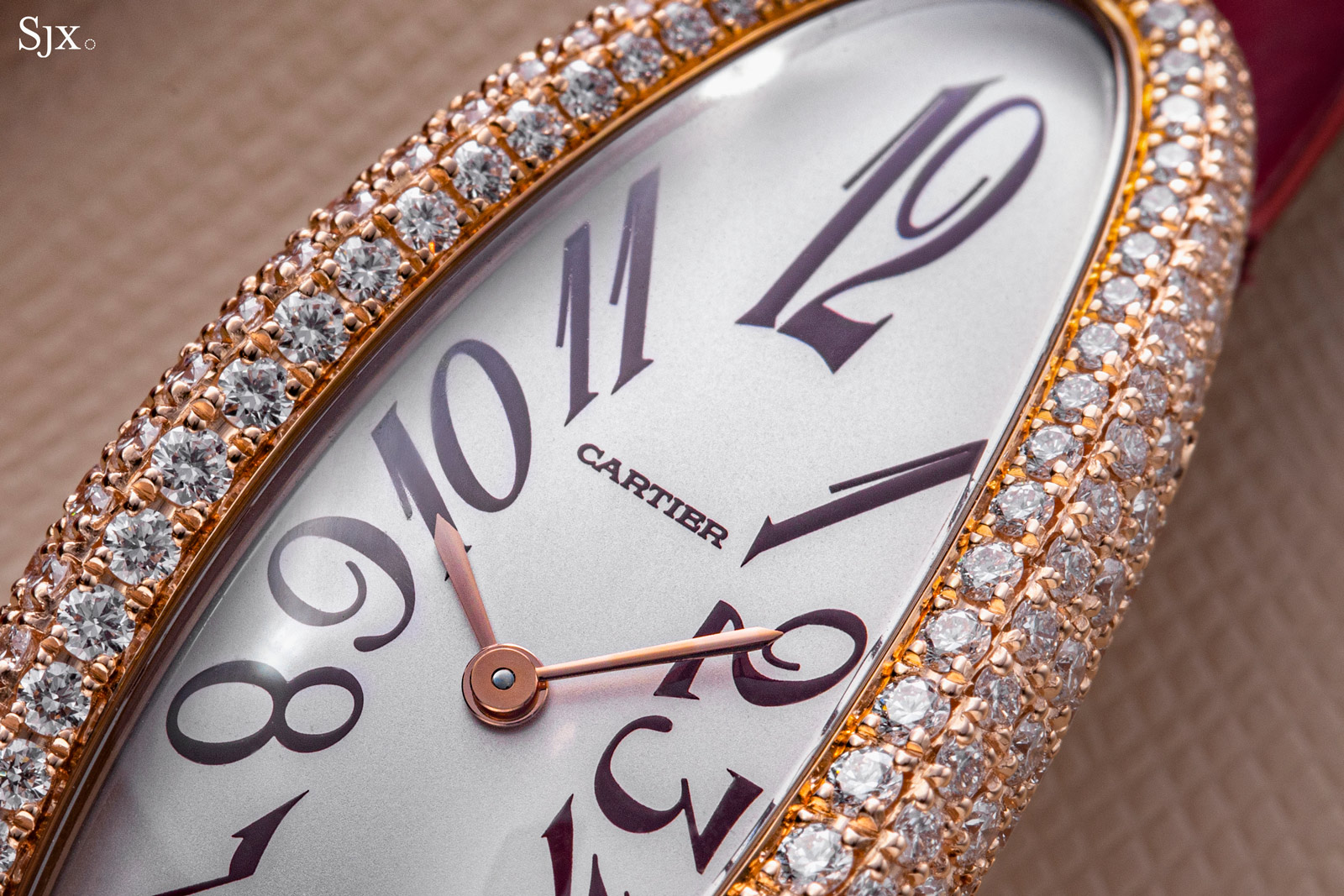 Cartier has evidently realised a new generation of watch enthusiasts has discovered its classic shapes, explaining its frequent reissues and reinterpretations of famous models. The new Baignoire Allongée is classic Cartier, both in terms of form and design, as well as the discreet details that make it a limited edition.

When I first saw this Baignoire Allongée, the first thing that came to mind was its elegant, timeless look. It could equally be a mid-century watch or even one from the 1920s. At the same time, as is often the case with Cartier’s form watches, one immediately notices how different it is from other bejewelled watches, which are often flashy and loud. 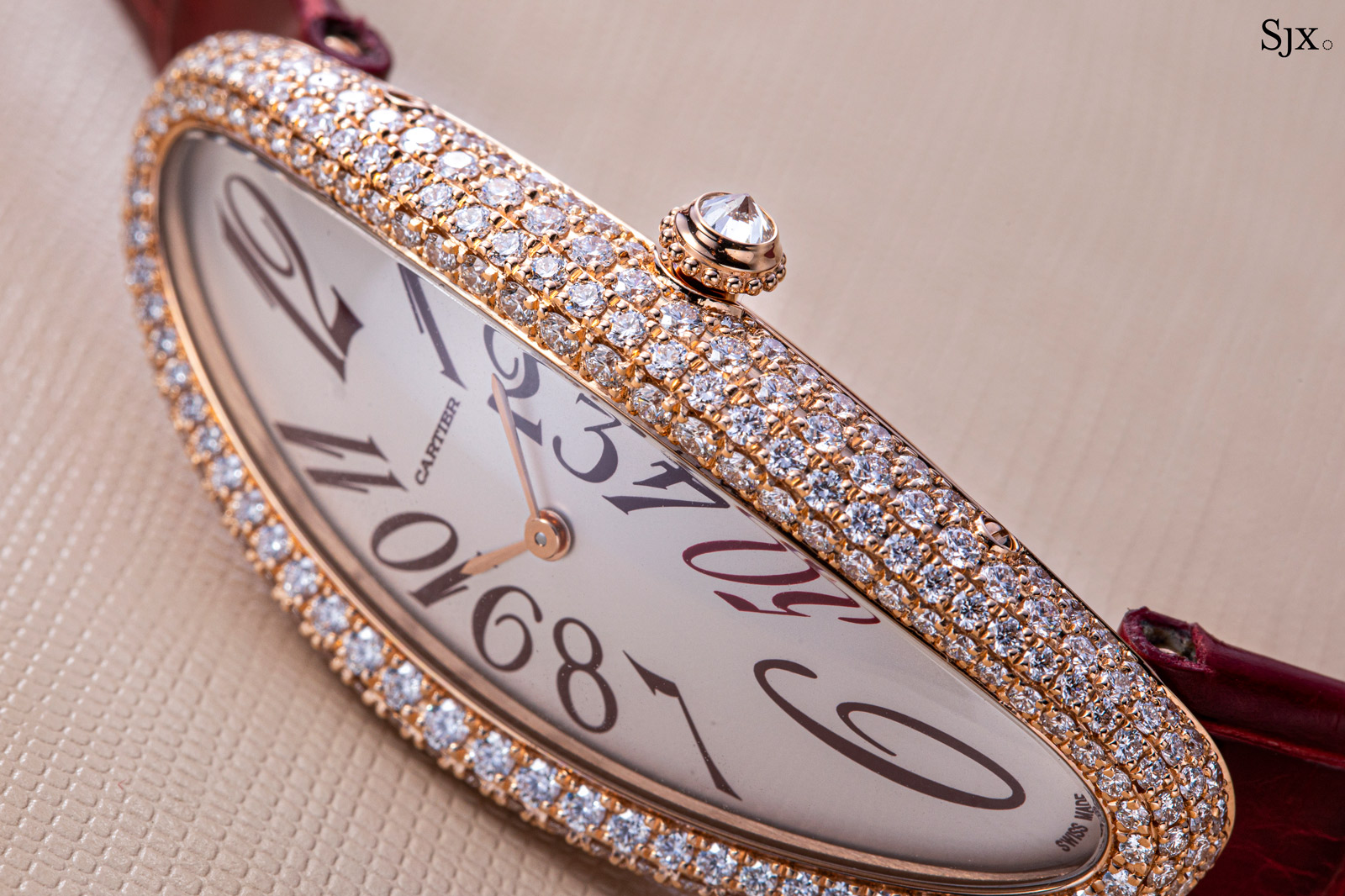 Notably, the Baignoire Allongée Cortina retails for just under US$40,000, an eminently reasonable ask considering its diamond-set case as well as in-house movement.

While it is expected that this limited model will immediately sell out, the Baignoire Allongée is unique enough that I hope it will return, particularly in a larger format as a men’s watch. In fact, I wish Cortina had created a pair of limited editions for its anniversary, this medium-sized model for women, and an extra-large size without diamonds for men. 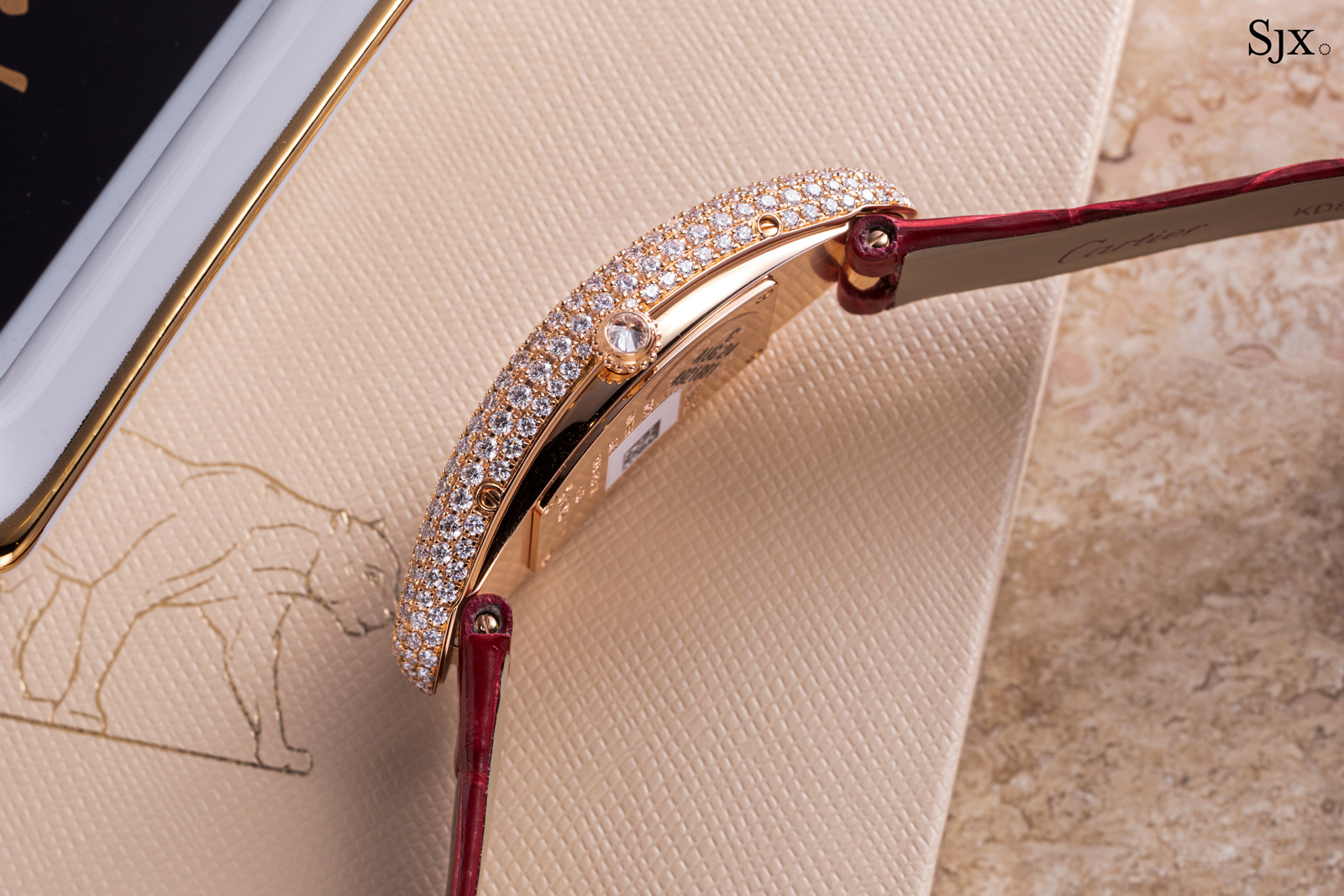 Returning to a classic

Cartier London released the Baignoire Allongée in the late 1960s as an oversized variation of the original, compact Baignoire that was unveiled in 1957. The original, in turn, was inspired by an earlier timepiece made for Grand Duchess Maria Pavlovna in 1912.

The artisans of Cartier’s London outpost conceptualised the Baignoire Allongée in the Swinging Sixties, the same period that gave birth to the Crash and Pebble. The elongated shape takes its cues from a bathtub – hence baignoire, which translates as “bathtub” – while the Arabic numerals on the dial add a touch of classicism. Only a handful of London originals were produced in the 1970s, but the Baignoire Allongée has recently enjoyed a revival. 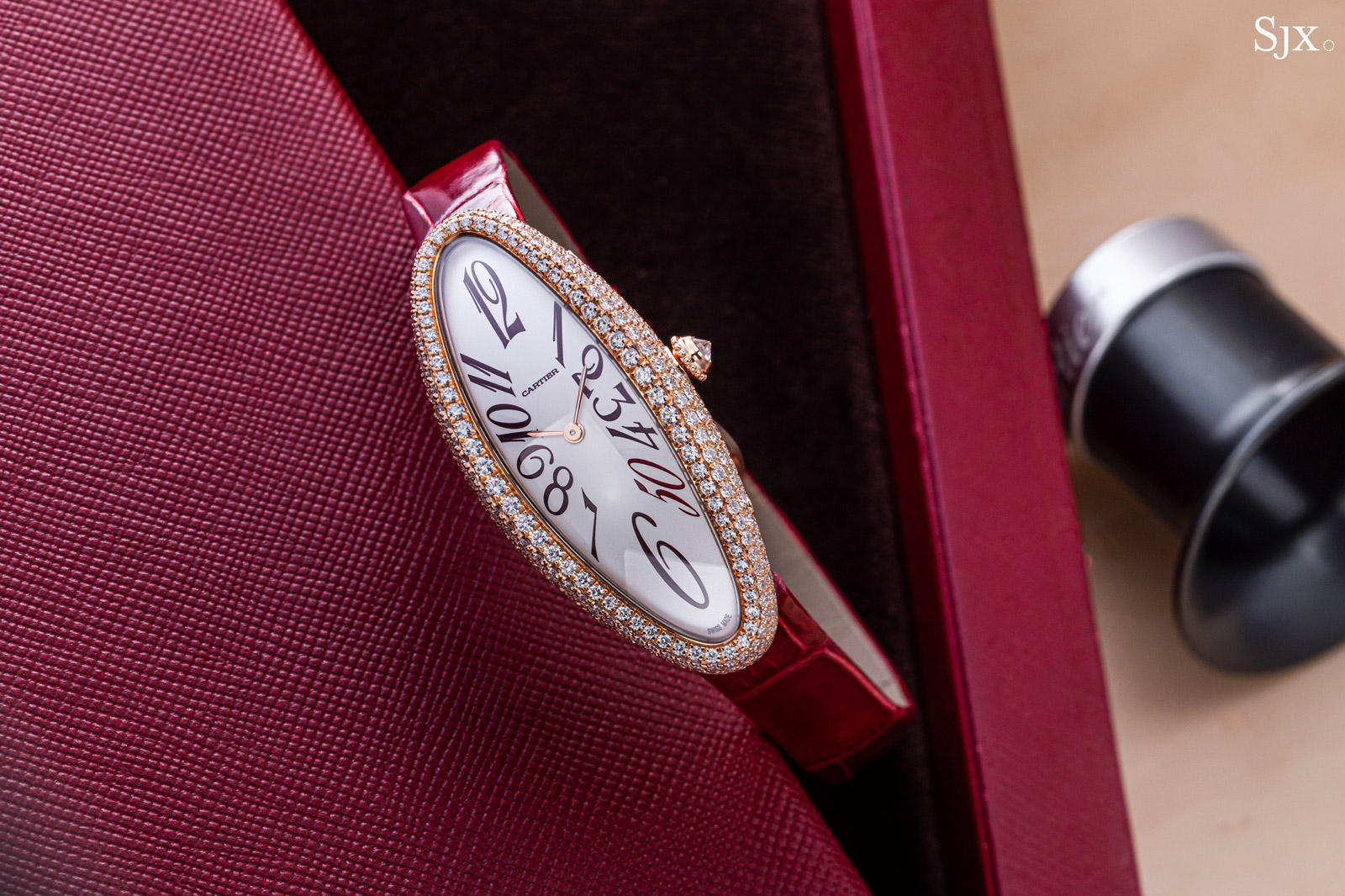 In 2021, a previously unknown example in white gold sold for a record €364,000 at auctioneer Monaco Legends. And earlier this year, a more conventional yellow gold example from 1969 sold for US$176,775 at Bonhams. It is unsurprising that Cortina chose this emblematic timepiece for its Golden Jubilee lineup. 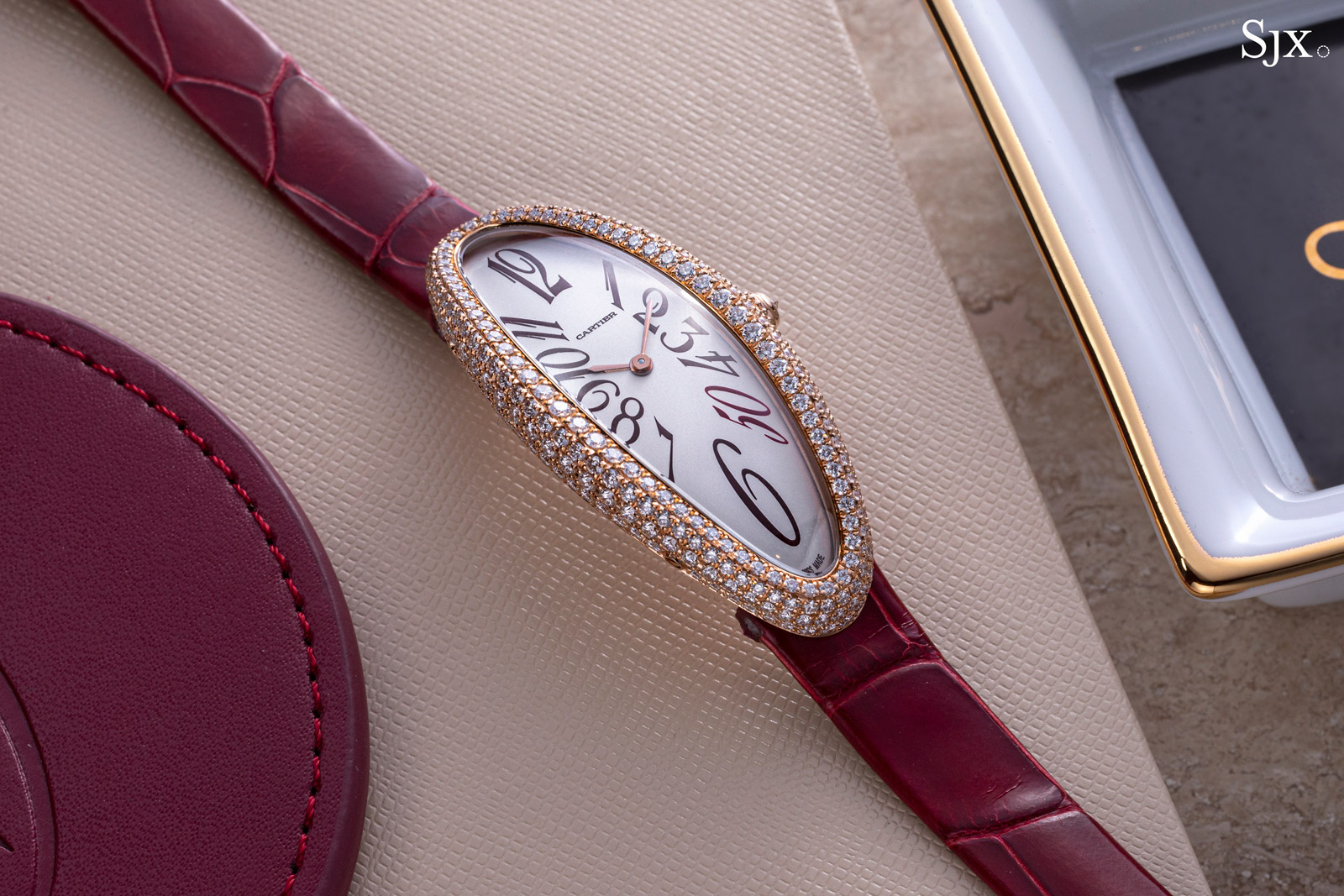 The Cortina edition is a medium-sized Baignoire Allongée and retains the oversized feel of the 1960s original. But a few details have been tweaked for this limited edition. For one, the 18k rose gold case bears a commemorative engraving on the case back. And of course the bezel is diamond pavé, while the crown is topped with a diamond cabochon, giving the watch a regal presence.

More unusually, the silvered opaline dial has Arabic numerals in brown, but the five o’clock marker has been replaced by burgundy “50”, a reference to the anniversary. 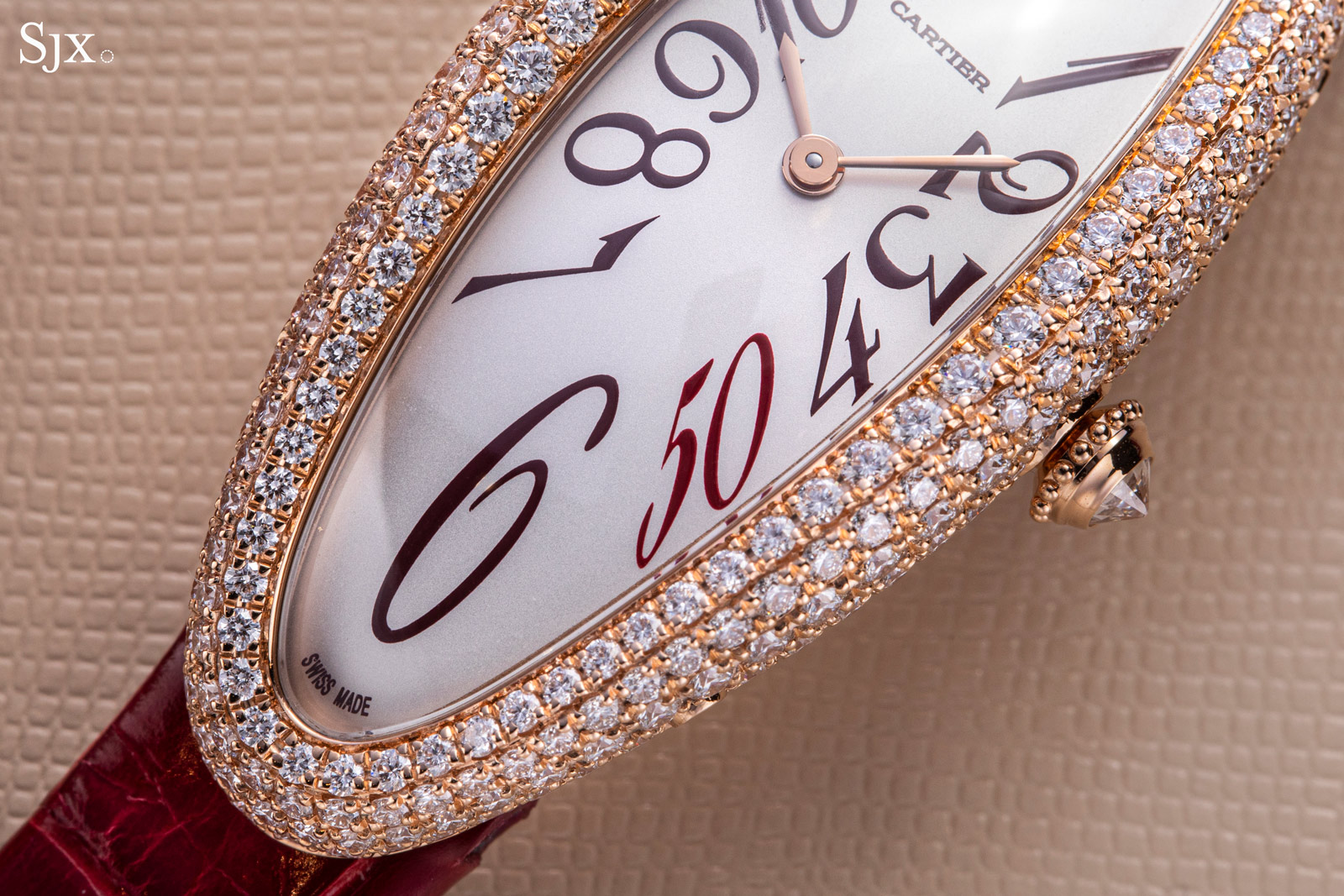 Like the standard models in the present lineup, the new Baignoire Allongée is powered by manual-wind cal. 1917 MC, a small in-house movement developed for ladies’ watches with narrow cases that’s also found in the Tank Louis Cartier. The compact size of the movement explains its relatively short 38 hours of power reserve. 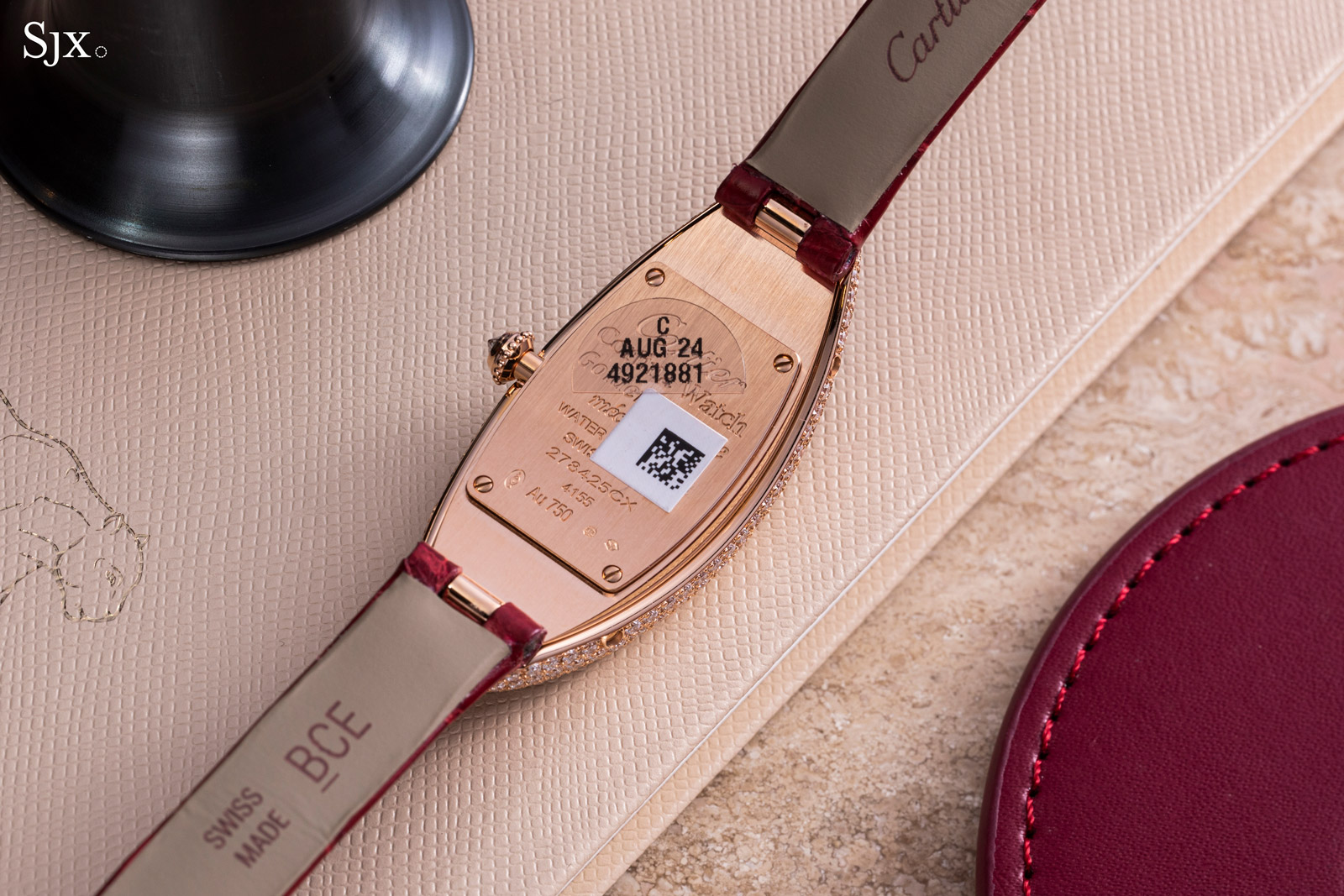 Limited edition: 10 pieces
Availability: Only at Cortina Watch
Price: 56,500 Singapore dollars including GST (equivalent to US$39,900)