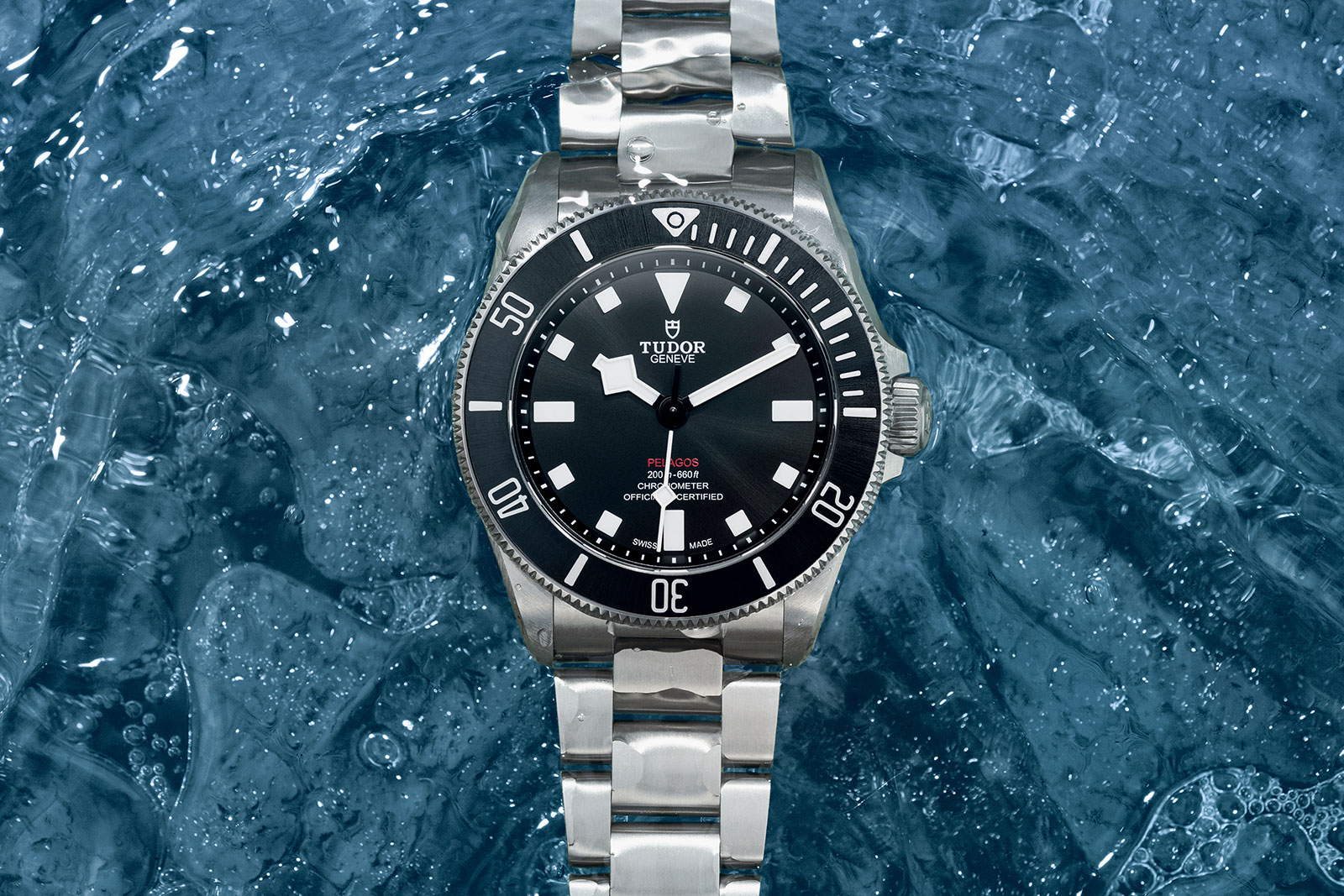 In a perhaps unsurprising but very much a welcome move, Tudor has just taken the covers off the Pelagos 39, a scaled-down and slightly dressed up version of its “professional” diver’s watch. Rated to 200 m and just 11.8 mm tall, the Pelagos 39 is essentially a condensed version of its bigger brother.

No doubt in response to feedback, Tudor has been steadily trimming the sizes of its key models. The brand has preserved the key technical features of the watches while reducing the case diameter, dialling back on the chunkiness of its first-generation models. 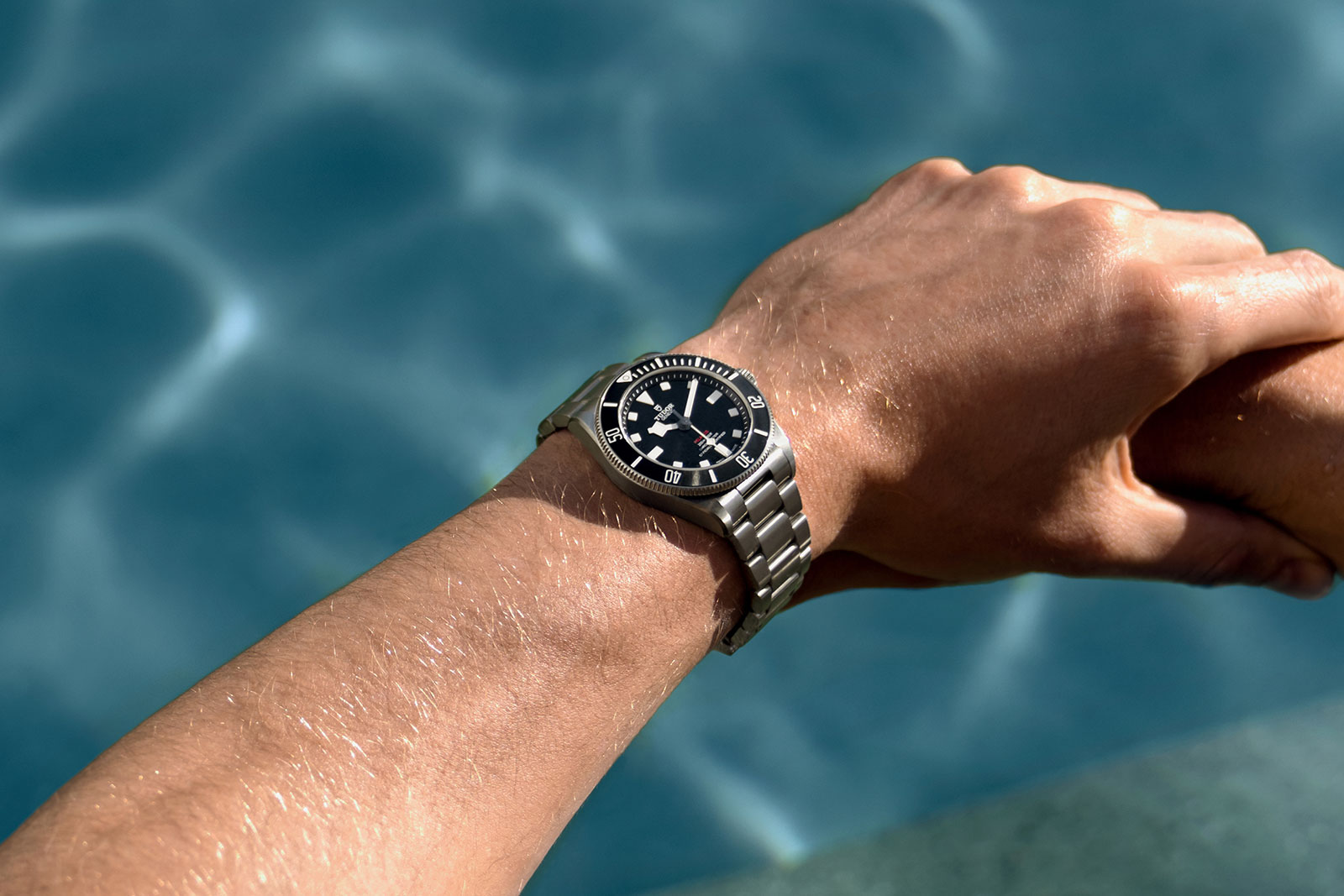 The Black Bay Pro was a smaller GMT and a few months later the Pelagos 39 arrives as the smaller “pro” diver. Besides the smaller diameter, the new Pelagos is also thinner, so it will no doubt be more easily wearable on an everyday basis than its 42 mm counterpart.

Wearability aside, the Pelagos 39 is evidently caters to enthusiasts in other ways. It has a symmetrical dial with no date display, while the text above six include a single line in red. It’s difficult not to like the Pelagos 39.

The Pelagos 39 also has subtle changes to the dial and bezel finish that differentiate it from the larger models. The brushed finish on those components give it a little bit more shine, avoiding the muted, functional appearance of the earlier Pelagos watches.

As is typical for Tudor, the Pelagos 39 is priced at just US$4,400. Considering its build quality and movement, that ranks it amongst the best in class for value. 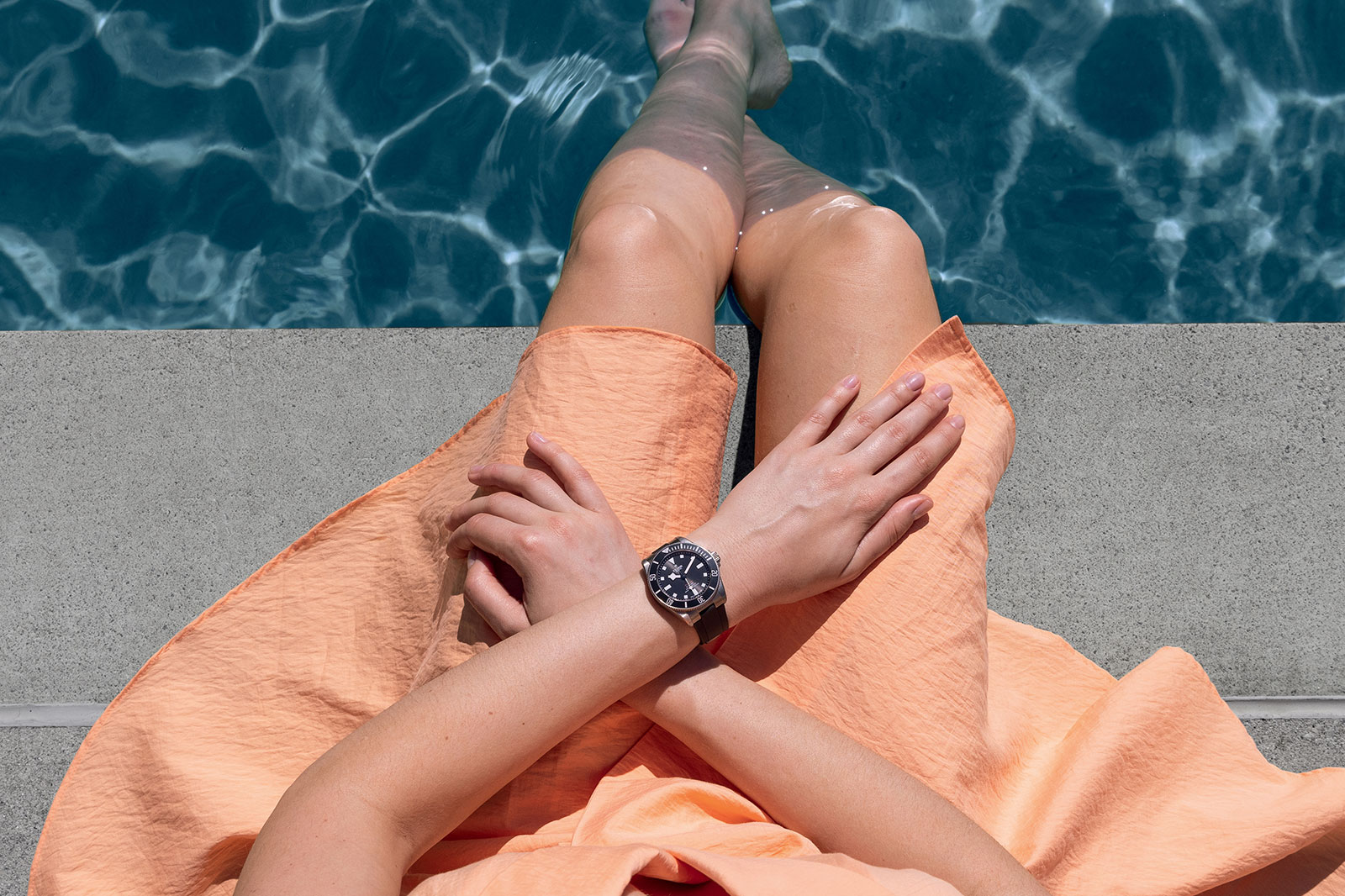 Interestingly, the stock images for the Pelagos 39 include several showing the watch on a lady’s wrist, an implicit but official confirmation that it was developed as a unisex diver’s watch, a statement rarely made by brands

In contrast to the 42 mm case that was the standard for the entire Pelagos until now, the latest addition to the line is a modest 39 mm in diameter. Though it’s been scaled down, the case retains the same form and finish as its predecessors. It’s entirely brushed for a matte finish, with the lugs sporting the signature bevel along their top edge. 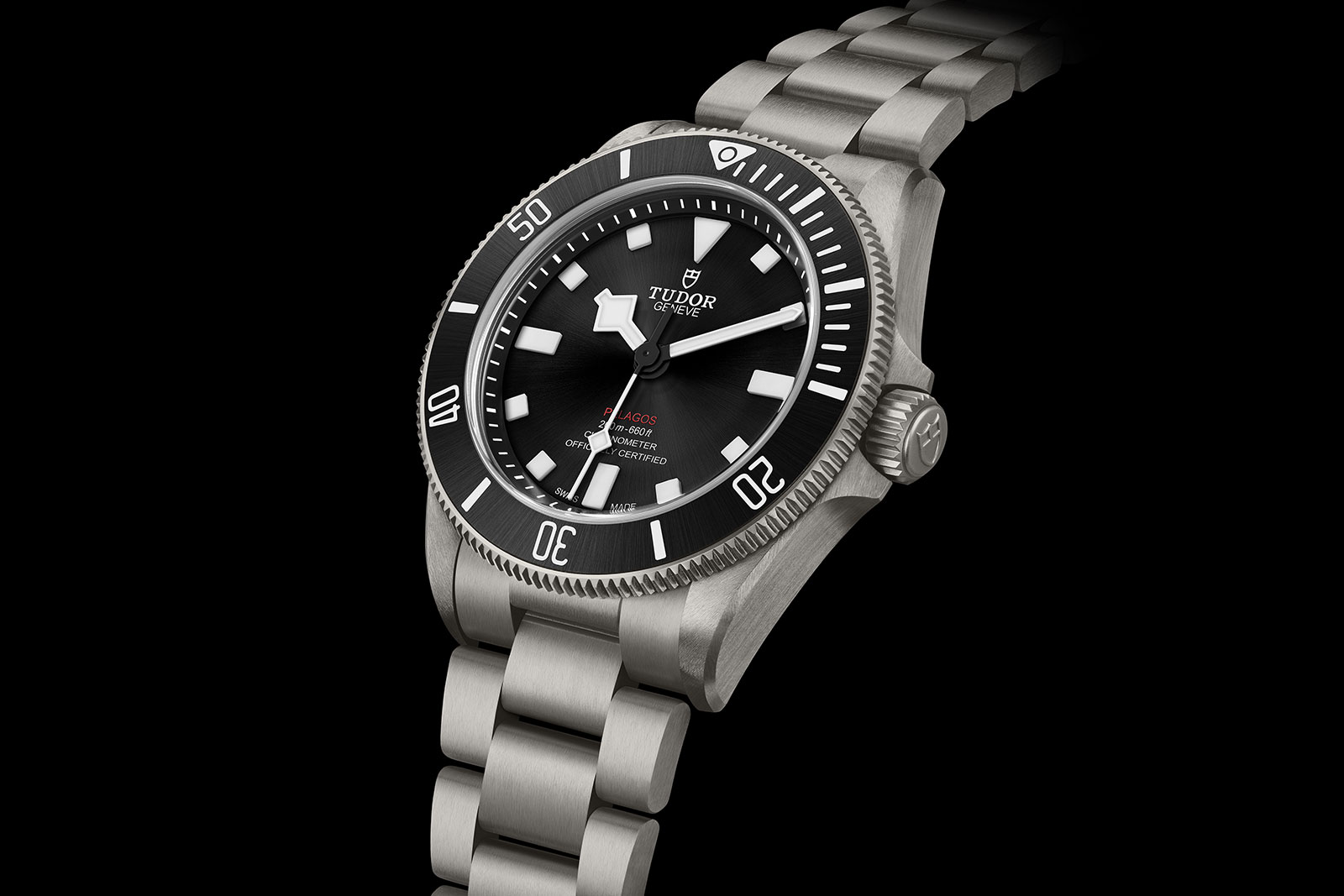 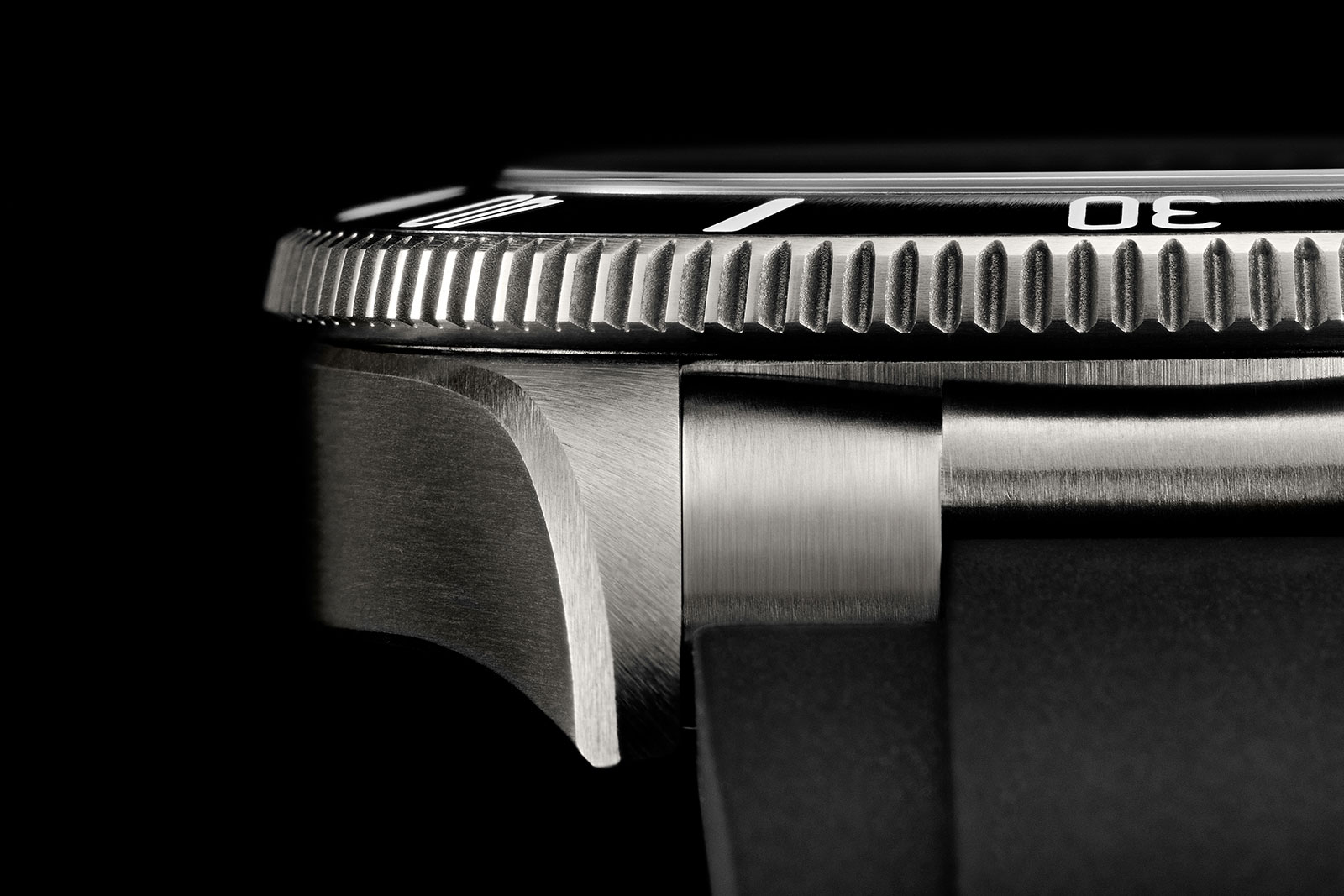 Besides the downsized case, the new diver is also substantially different in terms of dial execution, despite superficial similarities with its siblings in the Pelagos line. The most obvious is “Pelagos” in red, a nod to vintage diver’s watches of the 1970s with similar red text.

But arguably more significant is the dial finish. In contrast to flat, matte finish that characterises the other Pelagos models, the latest edition has a radially brushed dial in a metallic black, matched by a similarly brushed ceramic bezel insert. Both will gently catch the light, giving the Pelagos 39 a degree of reflectivity absent on its larger siblings.

Another notable feature are the applied hour markers that are actually blocks of ceramic-polymer composite impregnated with Super-Luminova – essentially a high-tech plastic mixed with glow-in-the-dark paint that were first used on the Black Bay Pro. 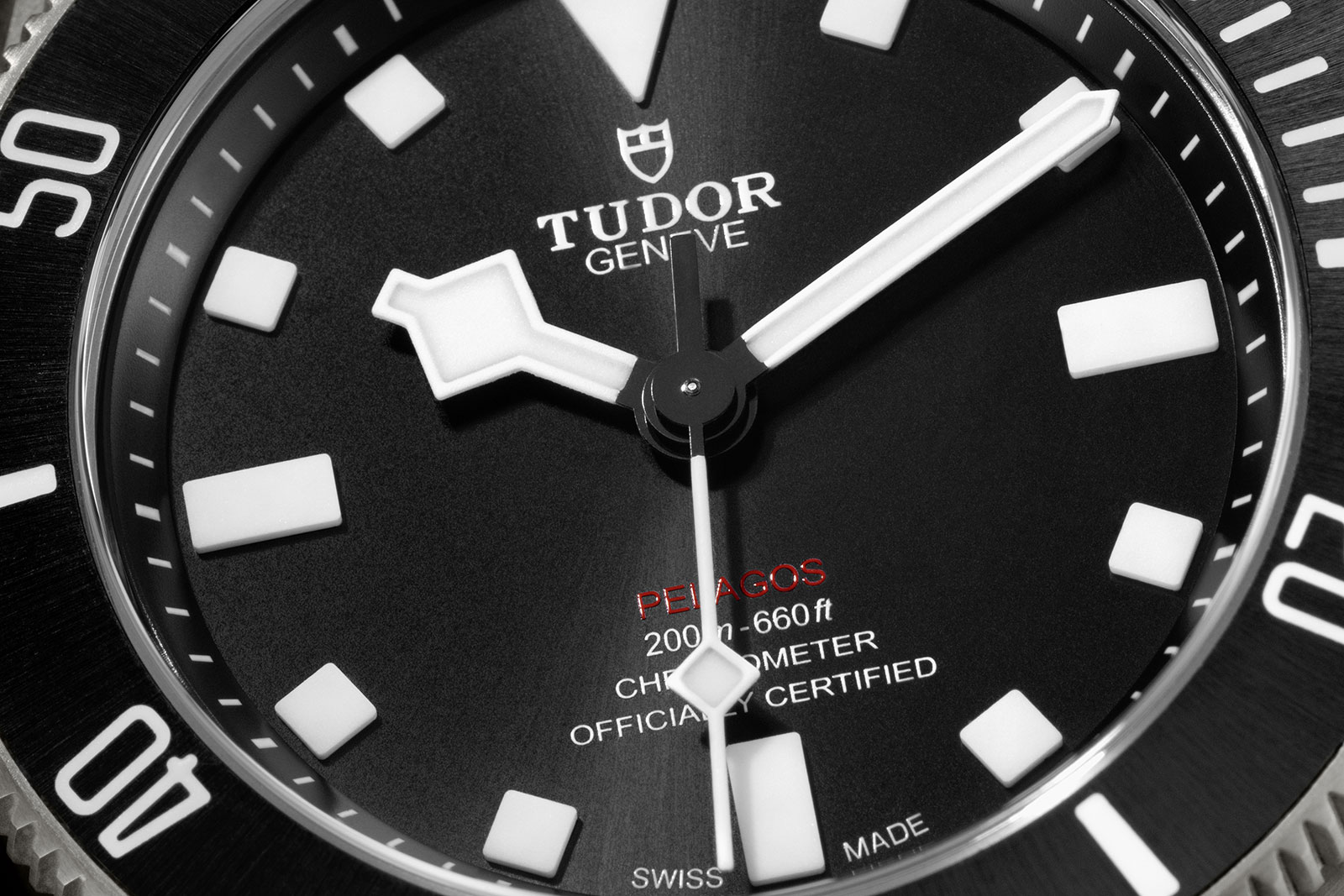 The Pelagos 39 is powered by the MT5400 movement, a variant of the calibre found in Tudor’s other compact watches like the Black Bay Fifty-Eight and Ranger. Like Tudor’s other “manufacture” movements, the MT5400 was developed by Kenissi, a movement maker in which Tudor has a controlling stake.

Despite its relatively small size, the movement has all the bells and whistles found in Tudor’s larger calibres, including a 70-hour power reserve as well as a non-magnetic silicon hairspring.

As is the norm for the Pelagos line, the Pelagos 39 is delivered with both a titanium bracelet as well as a rubber strap. The bracelet features a diver’s extension for it to fit over a wetsuit, but more practical for most owners is the “T-Fit” clasp that incorporates a quick-adjustment mechanism for on-the-fly tweaks to the bracelet length. 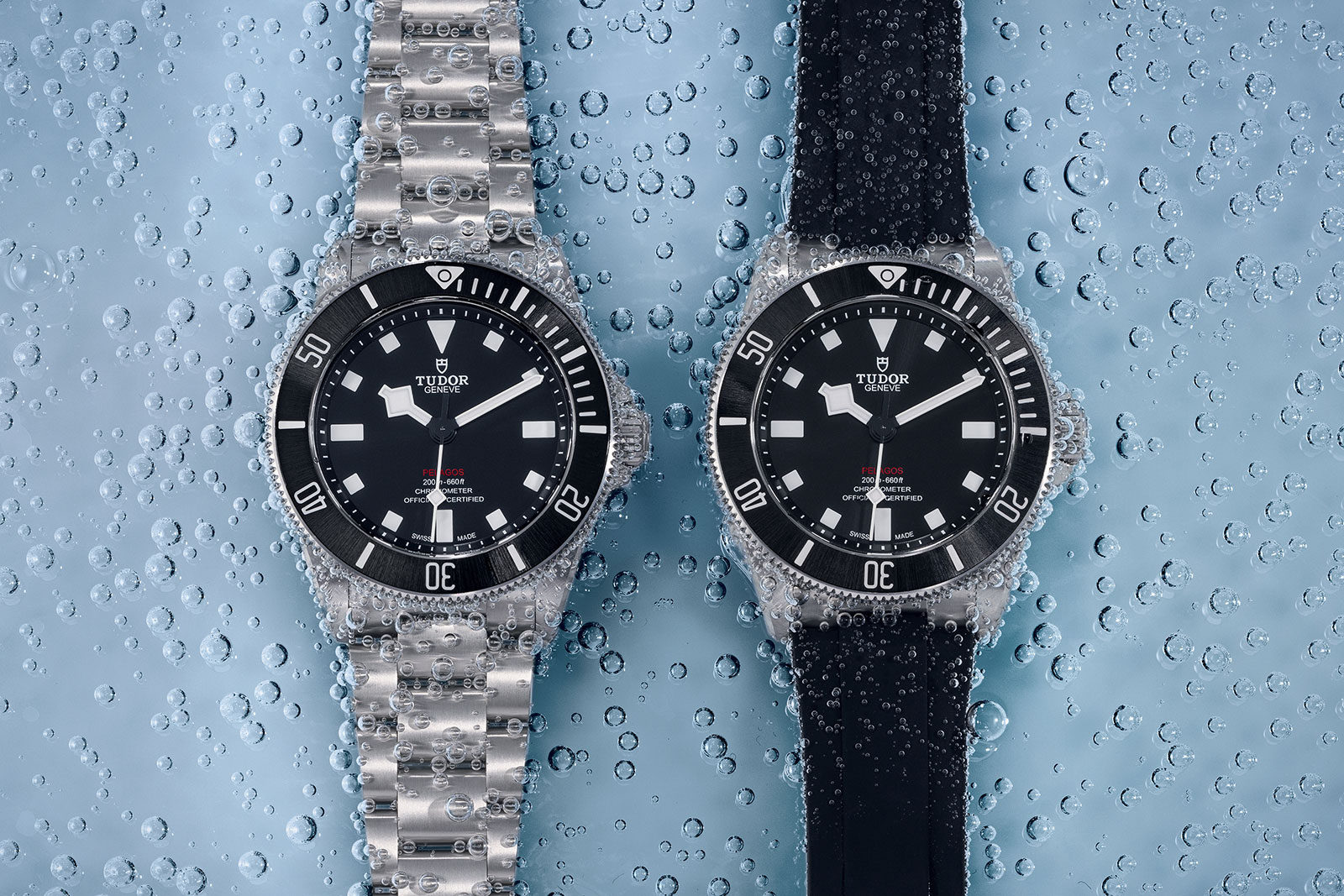 Availability: Now at Tudor retailers
Price: US$4,400, or 6,100 Singapore dollars