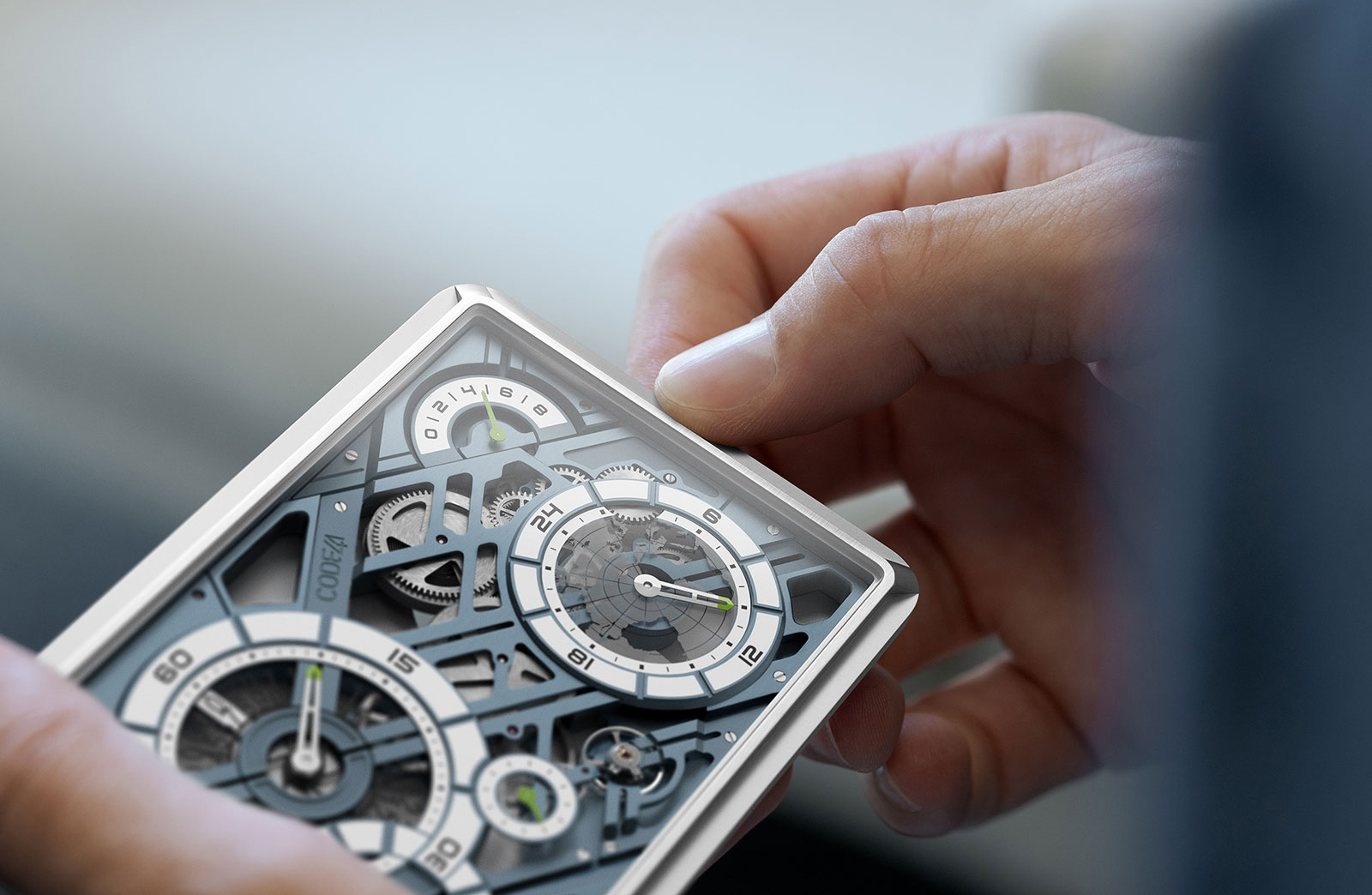 A startup that relies solely on crowdfunding for its timepieces, Code41 has launched a variety of wristwatches since its founding in 2016. All of its products to date have been wristwatches with a stylised, mechanical appearance. Now Code41 is launching its first pocket watch, the Mecascape.

Essentially a portable clock that doubles up as a desk clock, the Mecascape is powered by a manually-wound movement with an eight-day power reserve. Like the brand’s other timepieces, the Mecascape has a modern, open-worked aesthetic, but applied to a regulator-style display with each of the indications in separate sub-dials. 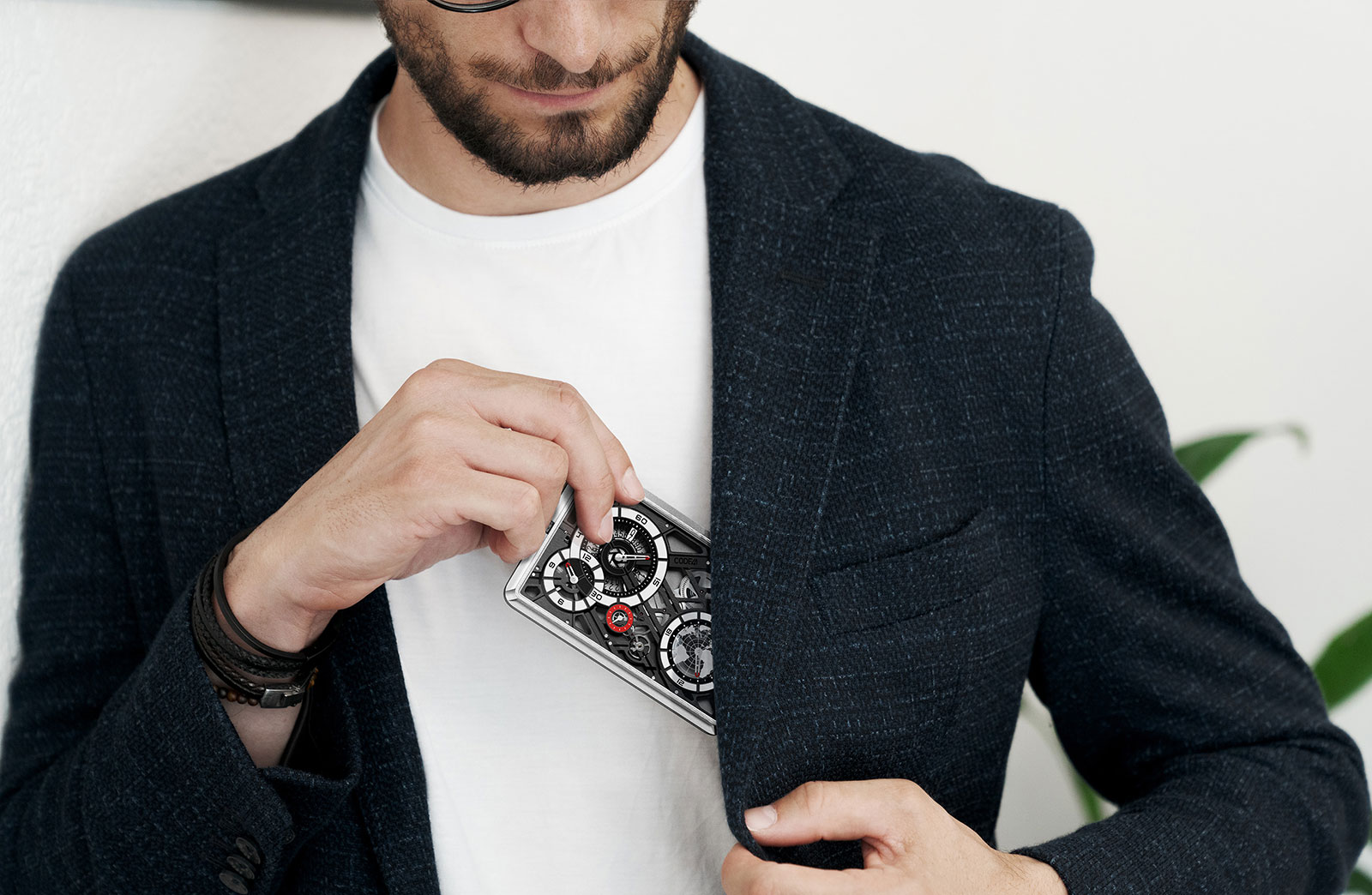 More of a portable panel clock than a pocket watch, the Mecascape is an interesting product that doesn’t quite fit into any category of timepiece. The best way to describe it would be as an interesting mechanical object that watch enthusiasts might appreciate.

Though slim, it is quite large at about 10 cm long, which is about a third shorter than an iPhone. The size means its practicality as a portable timepiece is limited. It would seem more useful as a small desk clock. 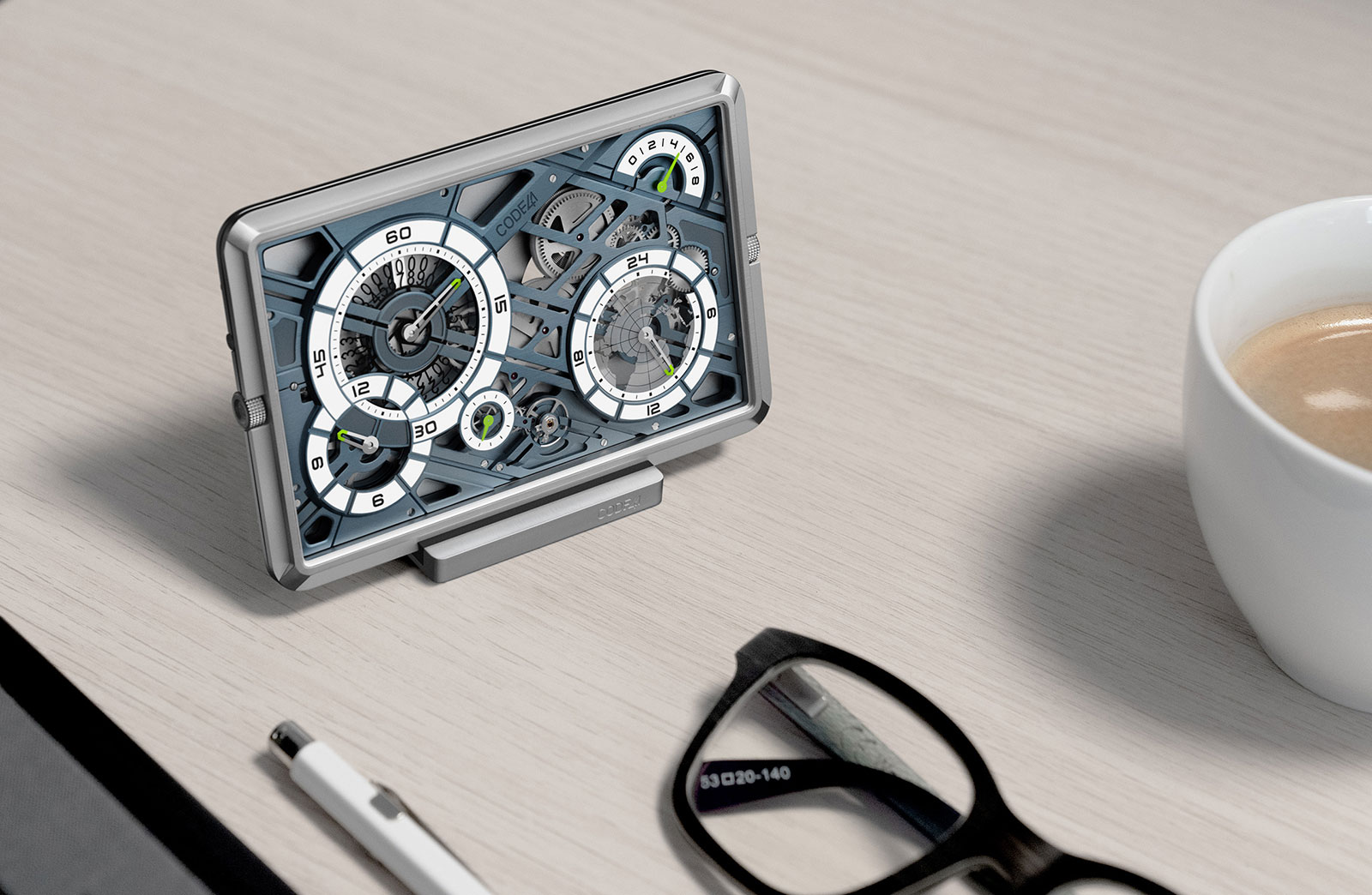 Visually it has the modern, open-worked aesthetic found on watches from the likes of Richard Mille and Hublot. The style works well with the concept of the Mecascape. And thanks to its scale the mechanics are more easily observed than on a wristwatch.

At just over US$9,300, the Mecascape seems fairly priced on initial examination, largely thanks to its unconventional form and exotic appearance. But as a small desk clock powered by a heavily reconfigured wristwatch movement, it seems slightly pricey. Still, the Mecascape is unquestionably different, making it interesting in any case.

The Mecascape is essentially a panel with separate registers for each of its indicators – hours, minutes, seconds, second time zone, and power reserve. The layout is a function of the movement construction, which spreads out the gears as much as possible, since the case footprint is less of a constraint than the height. That allows the Mecascape to be thin at just over 8 mm high.

With all of the bridges skeletonised to reveal as much as possible, a good deal of the moving parts are visible, including the twin mainsprings and secondary gear trains for each of the indicators. Developed by Le Cercle des Horlogers, a movement specialist owned by the same French family that owns Speake-Marin, the movement is manually wound with an eight-day power reserve. 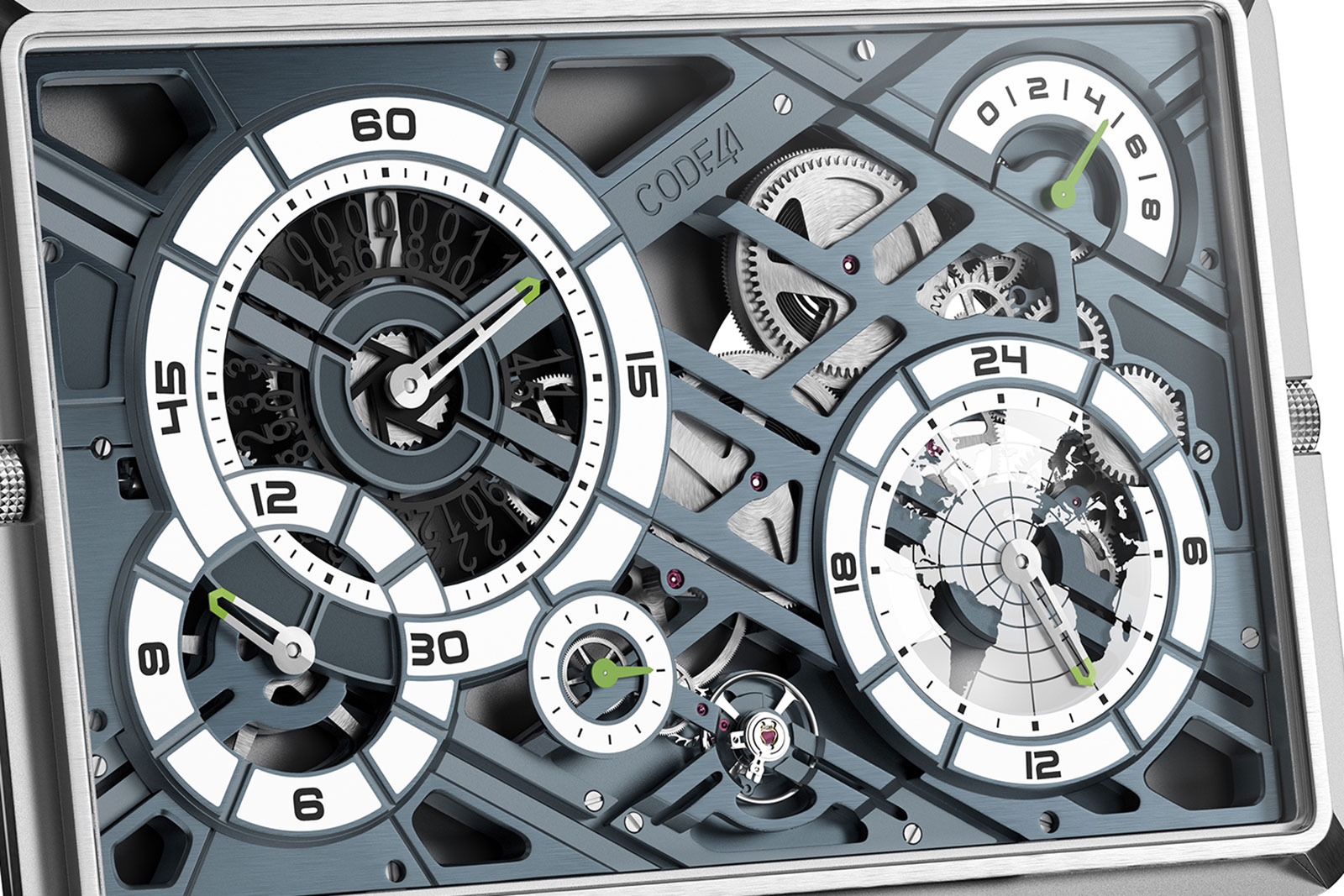 A range of colour options are offered for the movement and sub-dials, though the case is standard across all variants. About a quarter larger than a credit card, the case is titanium and made of two halves secured together by screws on its edge.

The case slots into a small stand that accompanies the Mecascape, allowing it to function as a desk clock. And the watch is also delivered with a leather pouch. 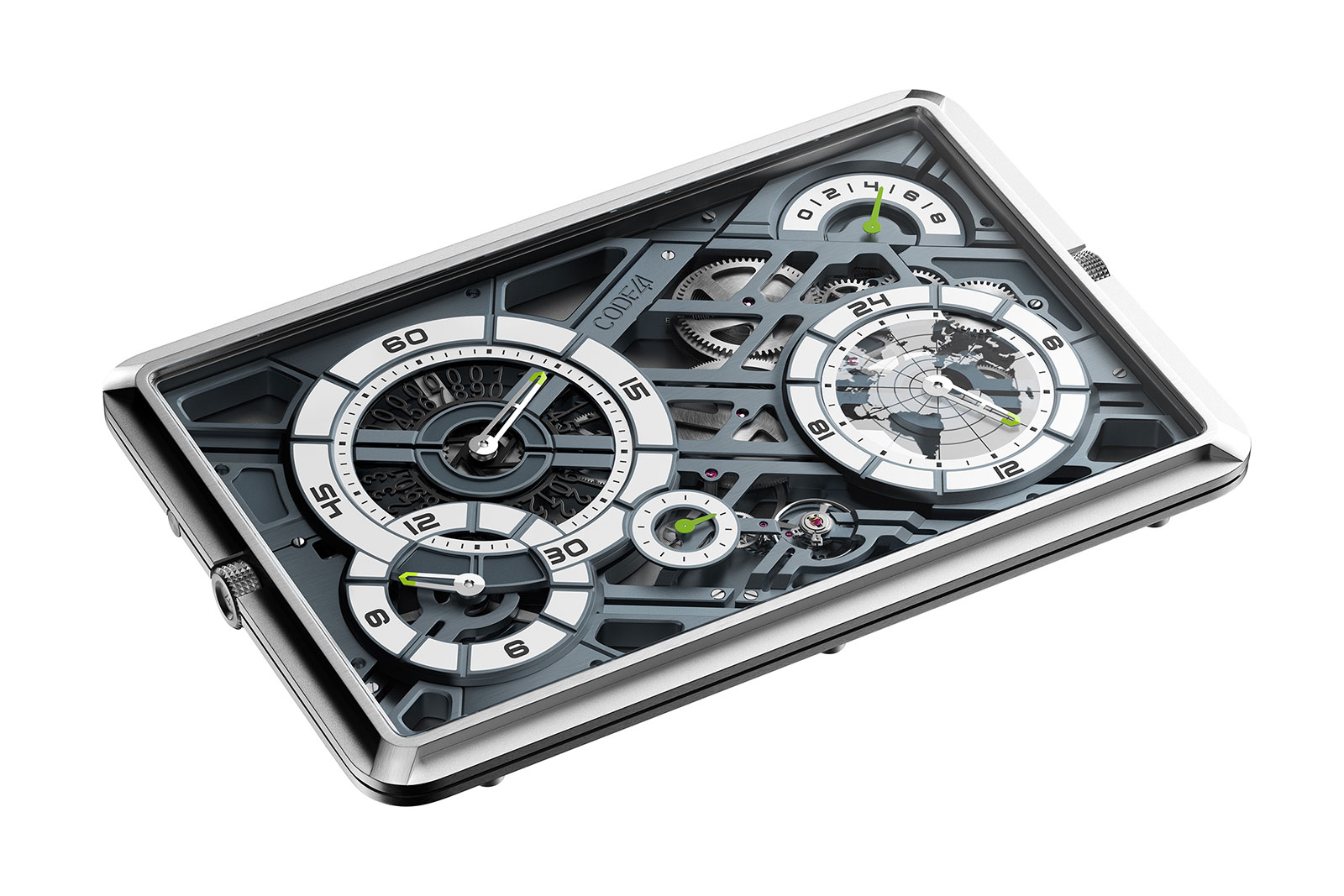 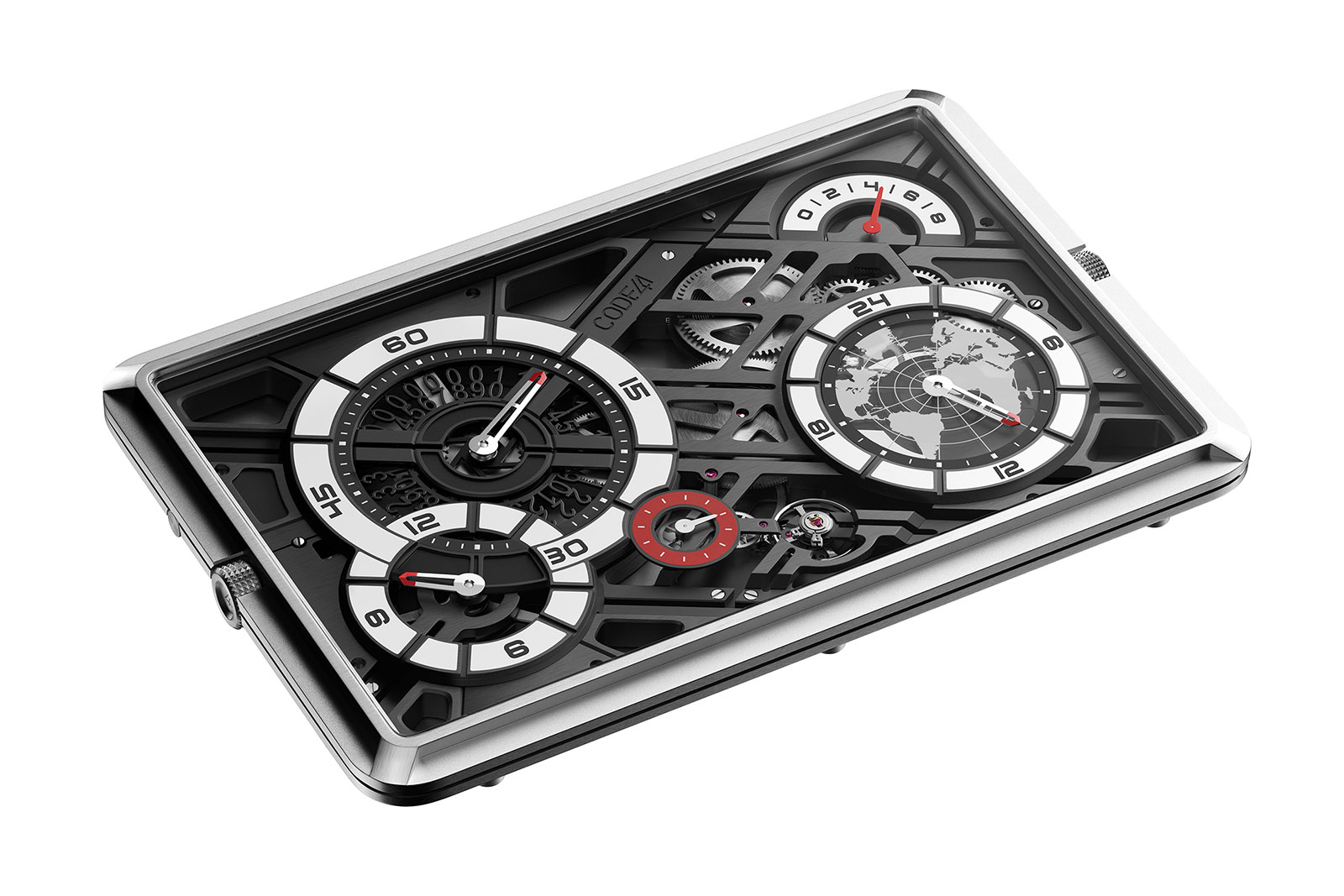 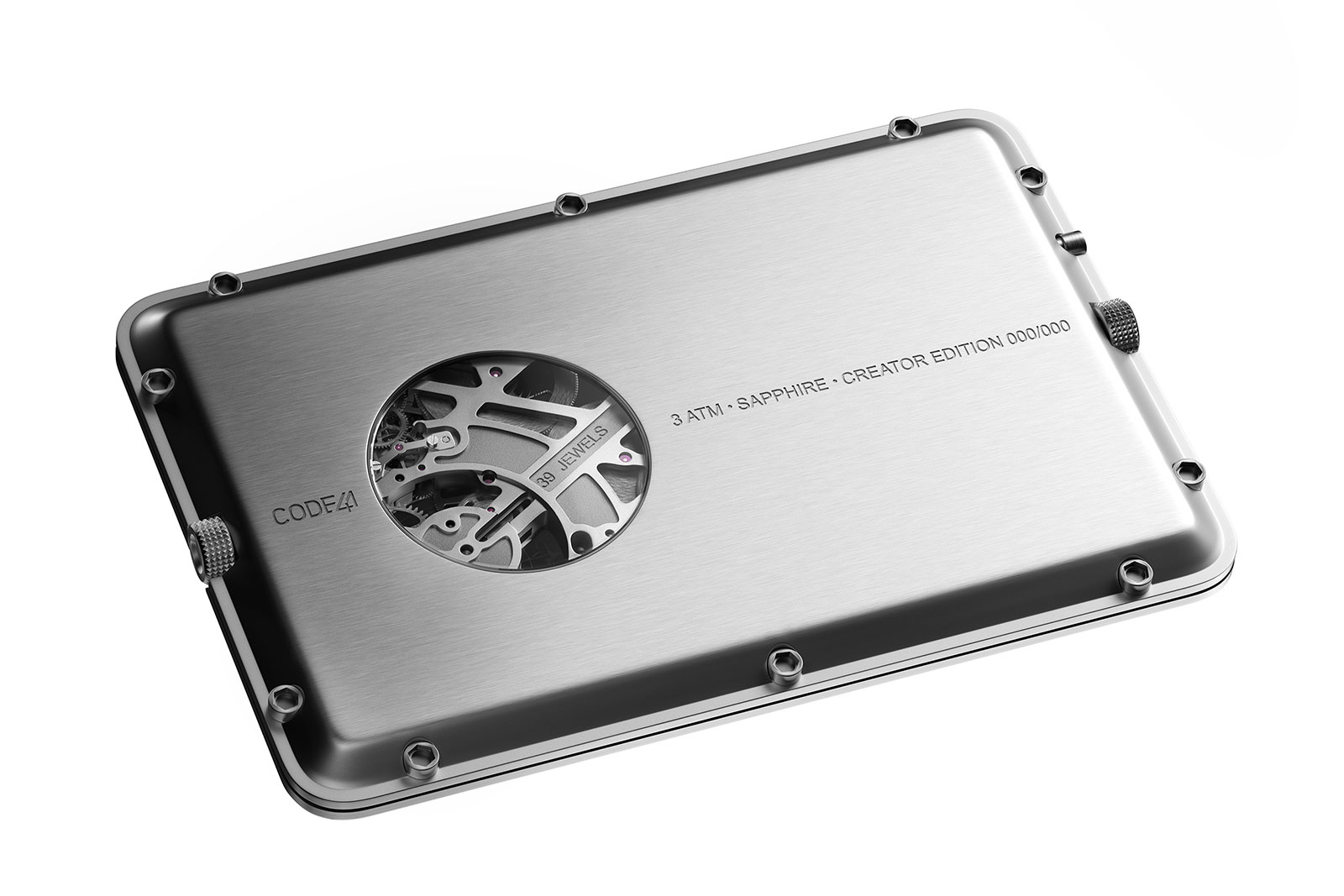 The Mecascape has two crowns on each end of the case, one for setting the time, the other for the second time zone