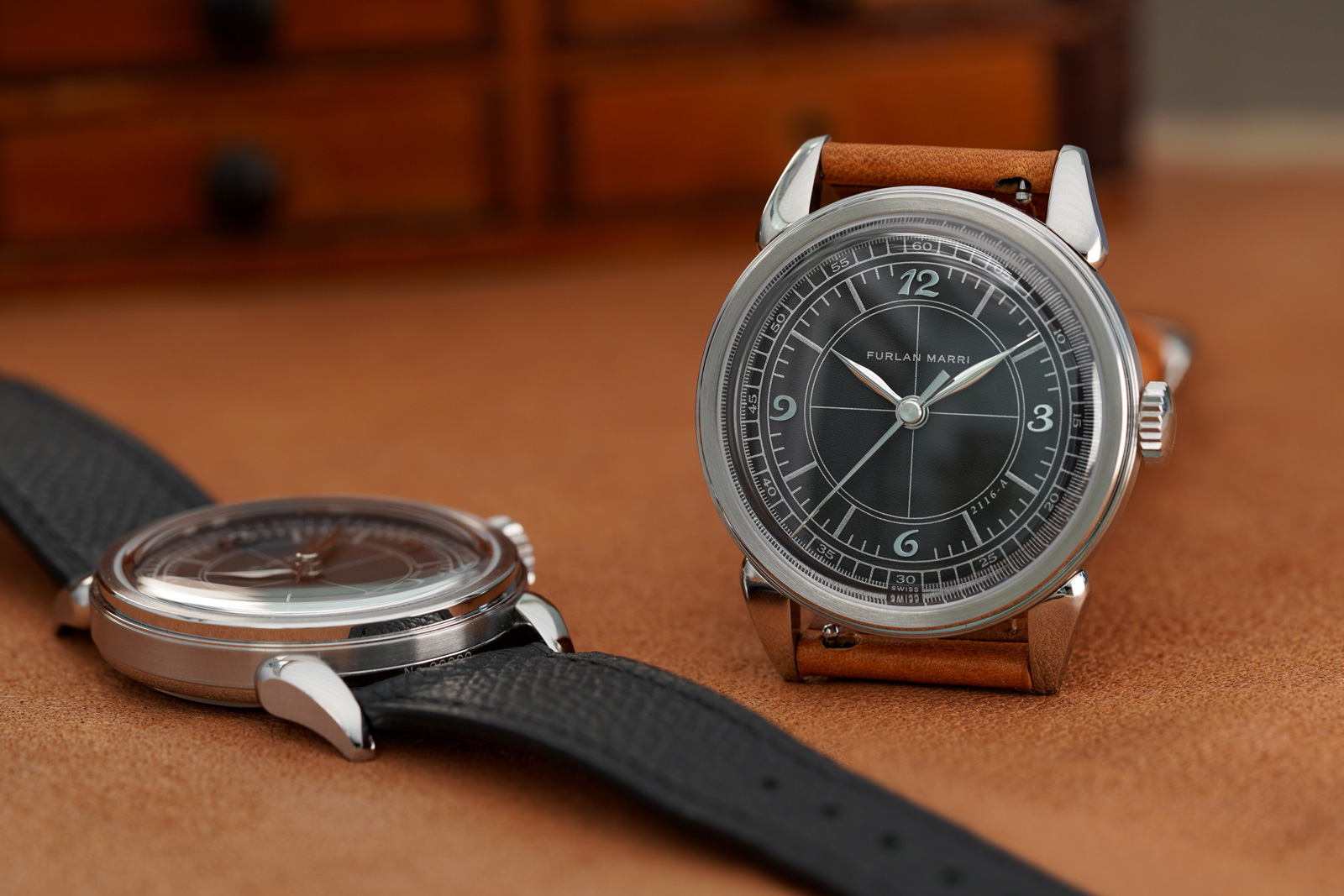 A brand that made its debut just last year, Furlan Marri is all about affordable watches with retro style – just like many of its peers that entered the business around the same time. But the brand manages to set itself apart with a keen sense for design and details, something that was evident in its inaugural model, a quartz chronograph modelled on the Patek Philippe ref. 1463.

Now the brand unveils something that’s arguably more compelling, the Reference 2116-A “Black Sector”. Once again vintage in style with compact proportions, the “Black Sector” is however automatic. 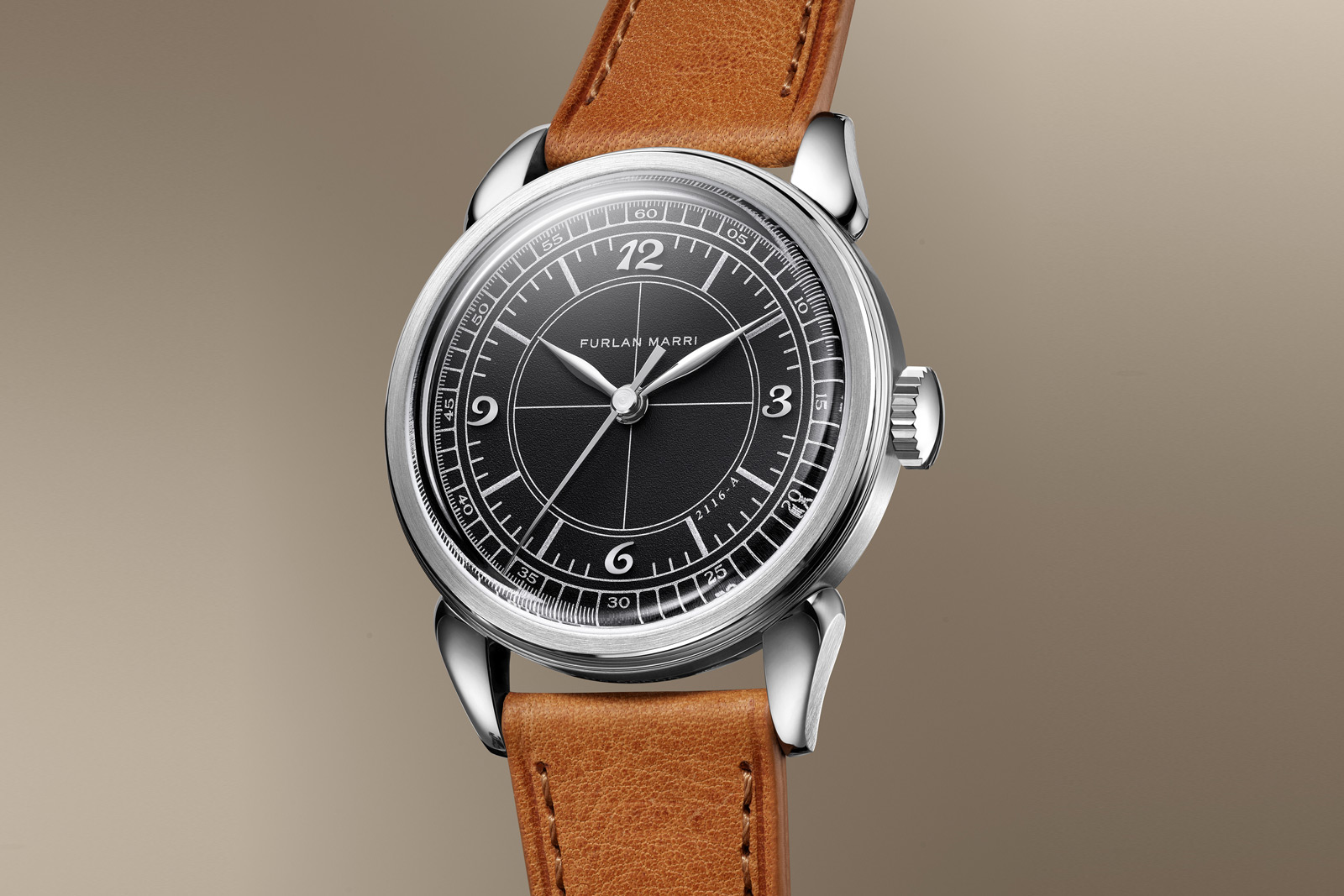 My first impression of the Reference 2116-A was positive. The styling is appealing and it is well priced, despite being a major step-up from the quartz chronograph in terms of case quality and the movement.

In fact, the 2116-A is very well priced. It costs about US$1,250 but brings along fancy features such as artfully finished “cow horn” lugs, which is typically found on more expensive watches or actual vintage watches.

At the same time, the watch is replete with retro details that collectors will like. That includes a properly proportioned dial where everything is laid out just nice, in contrast to many modern-day “sector” dial that can appear sparse. And the Breguet numerals may not be original or novel, but they are pleasing. 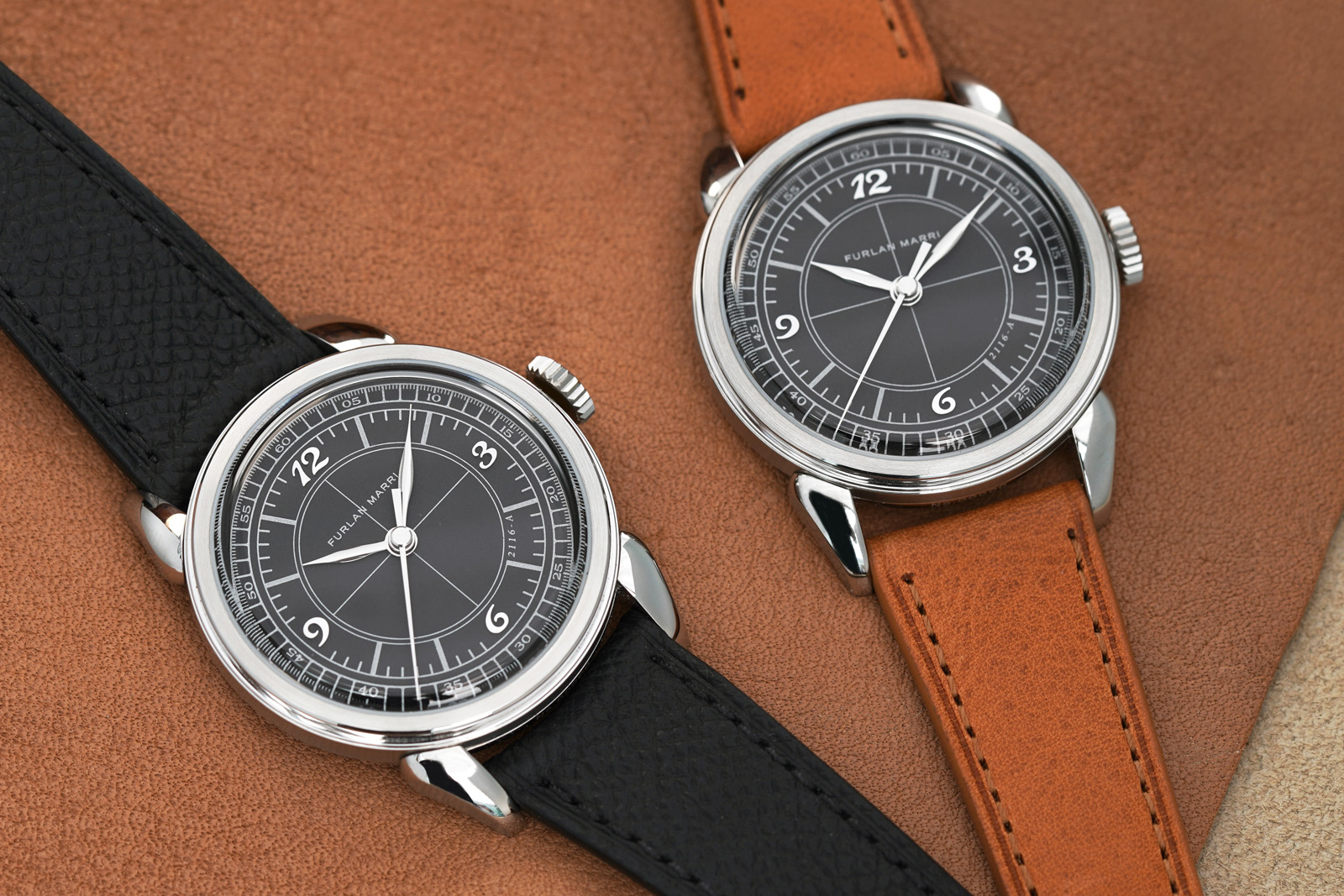 As appealing as it is, the 2116-A still has a few shortcomings, at least for me personally. One is the wide cover for the central boss of the seconds hand, and another are the flat, printed baton hour markers. And going by the photos, the finish and detailing of the case middle and bezel are not as refined as that of the lugs.

More broadly, retro design like this are derivative by definition, and they have proliferated in the affordable segment. That makes them less interesting individually, even though certain watches, including the 2116-A are notably well executed.

But all things considered, the 2116-A remains a compelling product. The aesthetic is simple but intrinsically appealing, and it is honestly priced and strong value. 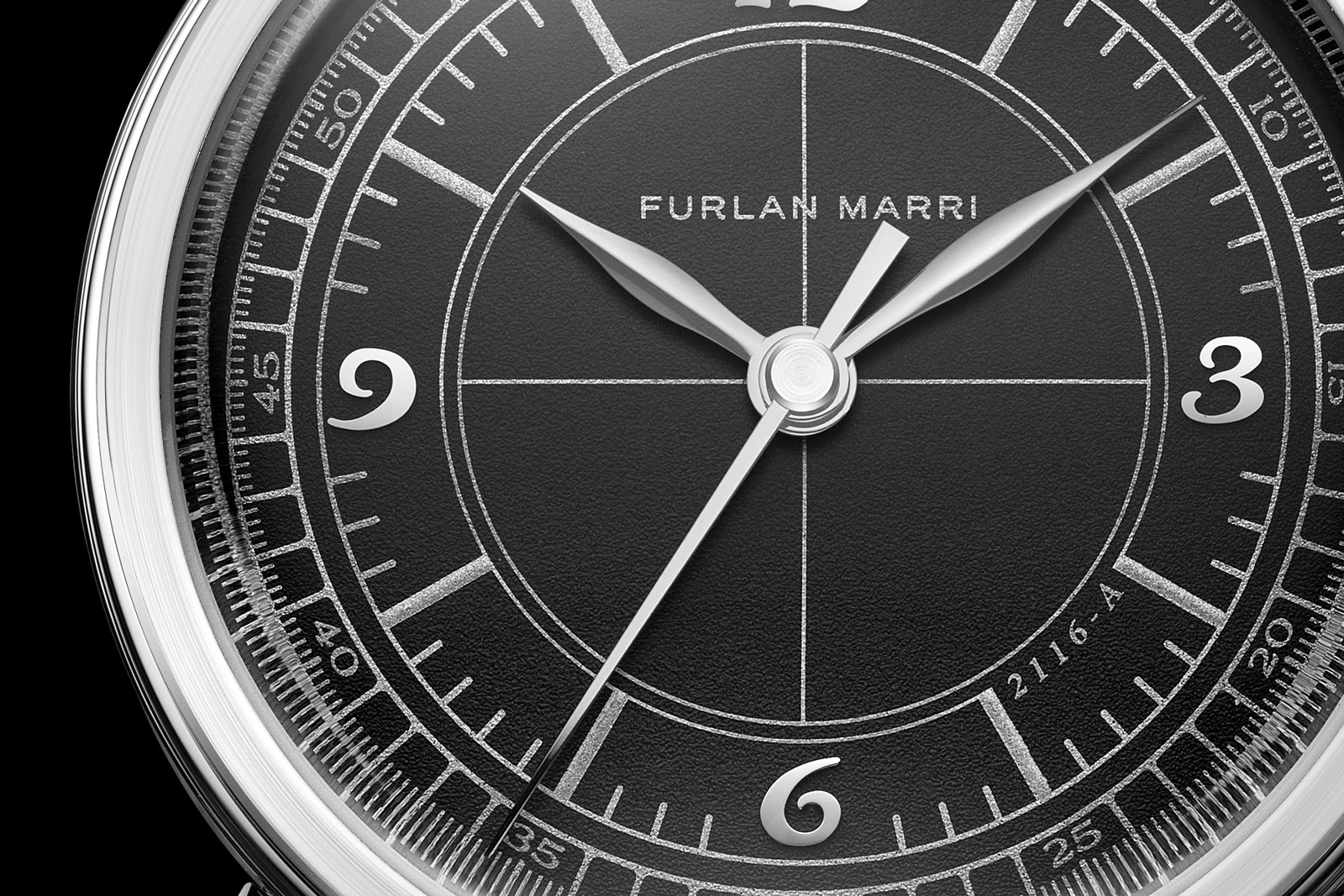 What sets the 2116-A apart from the competition are its details, all of which are thanks to the discerning eye of duo who founded the brand, Andrea Furlan and Hamad Al Marri, watch designer and collector respectively.

The good detailing is easily obvious on the dial. Its most prominent elements are the elegant Breguet numerals at the quarters, but equally important is the proportions – the “sector” has been carefully arranged to avoid leaving the dial looking empty. The length of the hands are also perfect, with each hand just touching its respective scale. 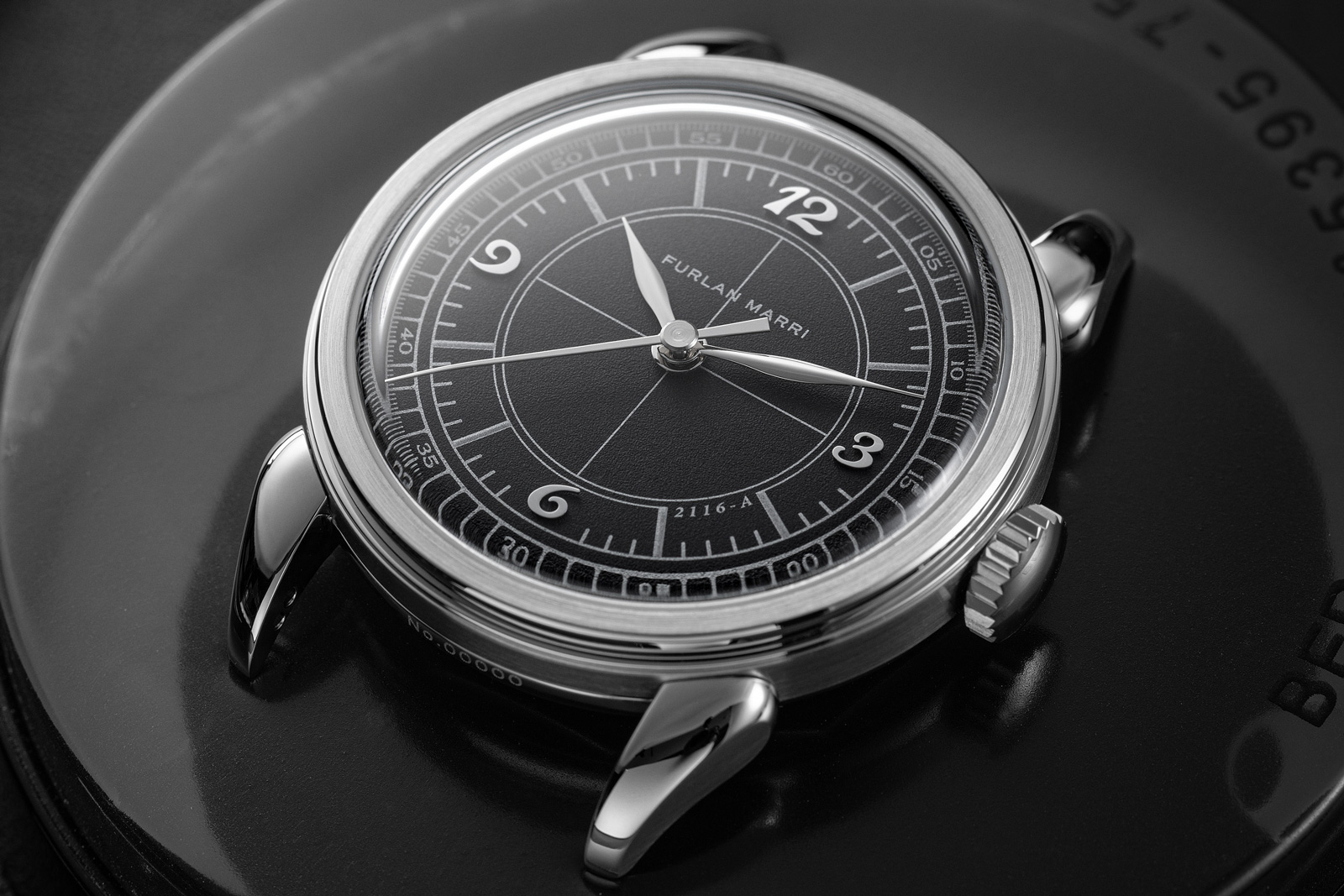 But the lugs are perhaps its best feature, and probably also the most expensive element amongst the external parts. They are separate from the case and instead attached to the case middle from the inside, allowing for a higher level of finishing – brushed on the flanks and polished on their rounded tops – than would be possible with a conventional construction.

The separate lugs, however, result in a gap between the lugs and case middle, albeit one that is minimal and forgivable at this price point. On pricier watches such lugs would be soldered to the case, eliminating the gap, but that’s an approach that would not be viable here. 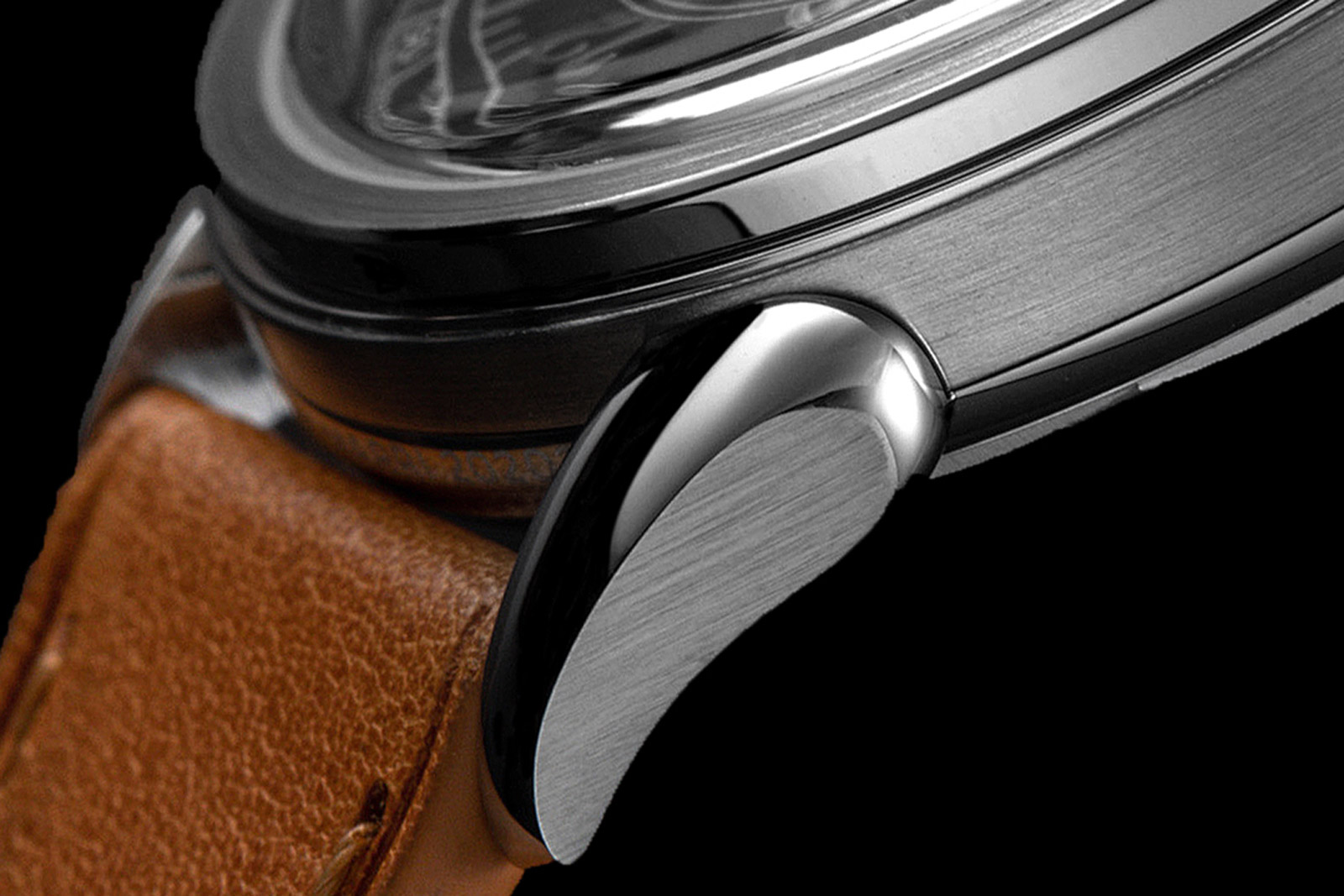 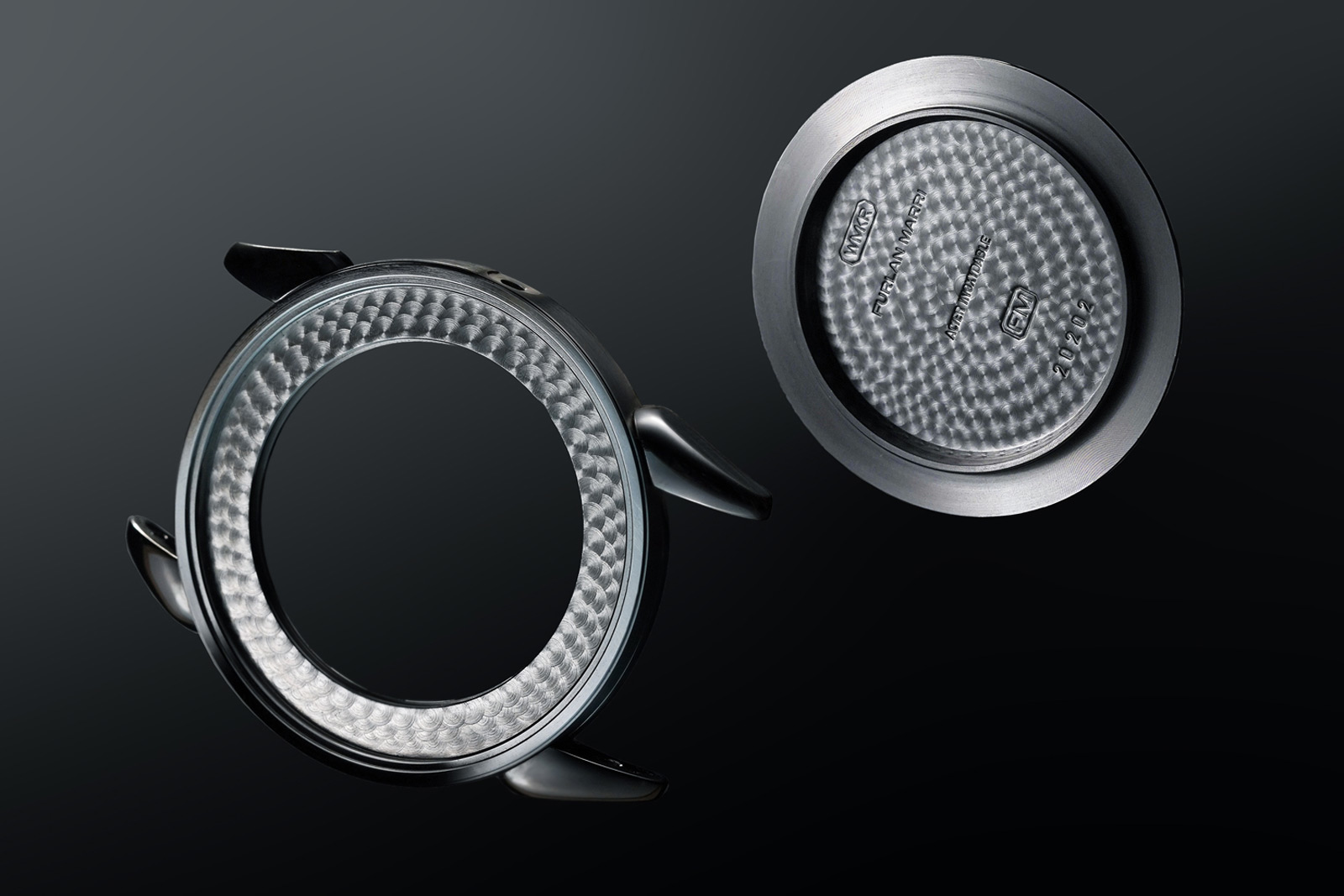 Hidden under the solid case back – itself a vintage-inspired detail – is the Swiss-made G100 made by La Joux-Perret. Thin and self-winding, the G100 is comparable to the ETA 2824 in terms of dimensions, being identical in diameter but a hair thinner.

But the roots of the G100 lie on the other side of the world. The architecture of the G100 is derived from the Miyota cal. 9015 – they are in fact nearly identical in technical terms save for thickness. The G100 is slightly thicker, which perhaps explains its longer power reserve of 68 hours, a 30% improvement over the cal. 9015 that might have been achieved via a taller mainspring or one made of a new alloy.

The reason for the similarity is a shared parentage: La Joux-Perret and Miyota are both owned by Citizen. The G100 is essentially a Swiss-made version of the Miyota workhorse calibre that ordinarily made in Asia, giving Citizen a foothold as a movement supplier to the Swiss industry. 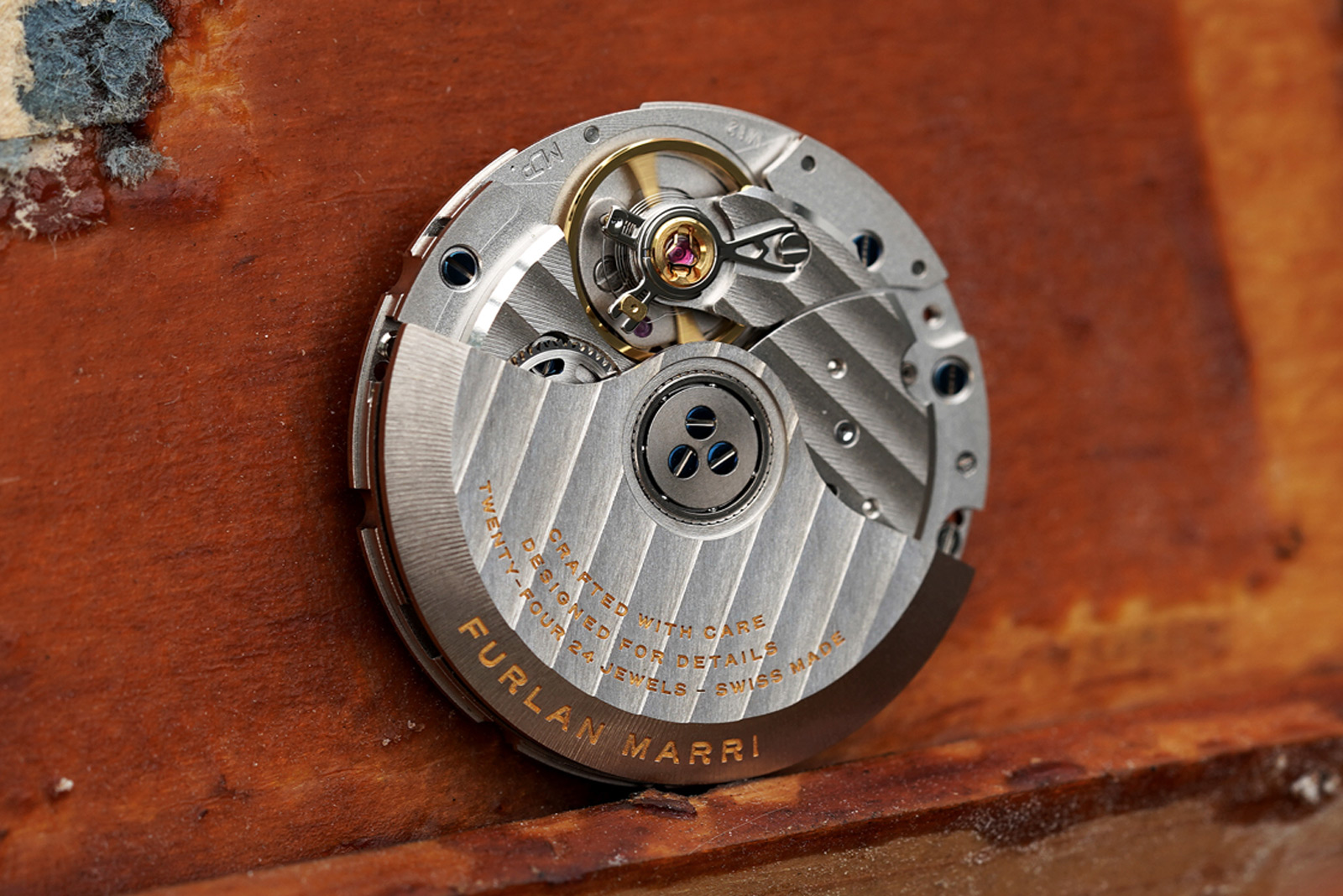 Strap: A pair in black and honey leather respectively

Limited edition: Only available during the 10-day pre-order period, with new versions to be launched in 2023
Availability: Starting June 24 from Furlan Marri
Price: CHF1,250 (excluding taxes)