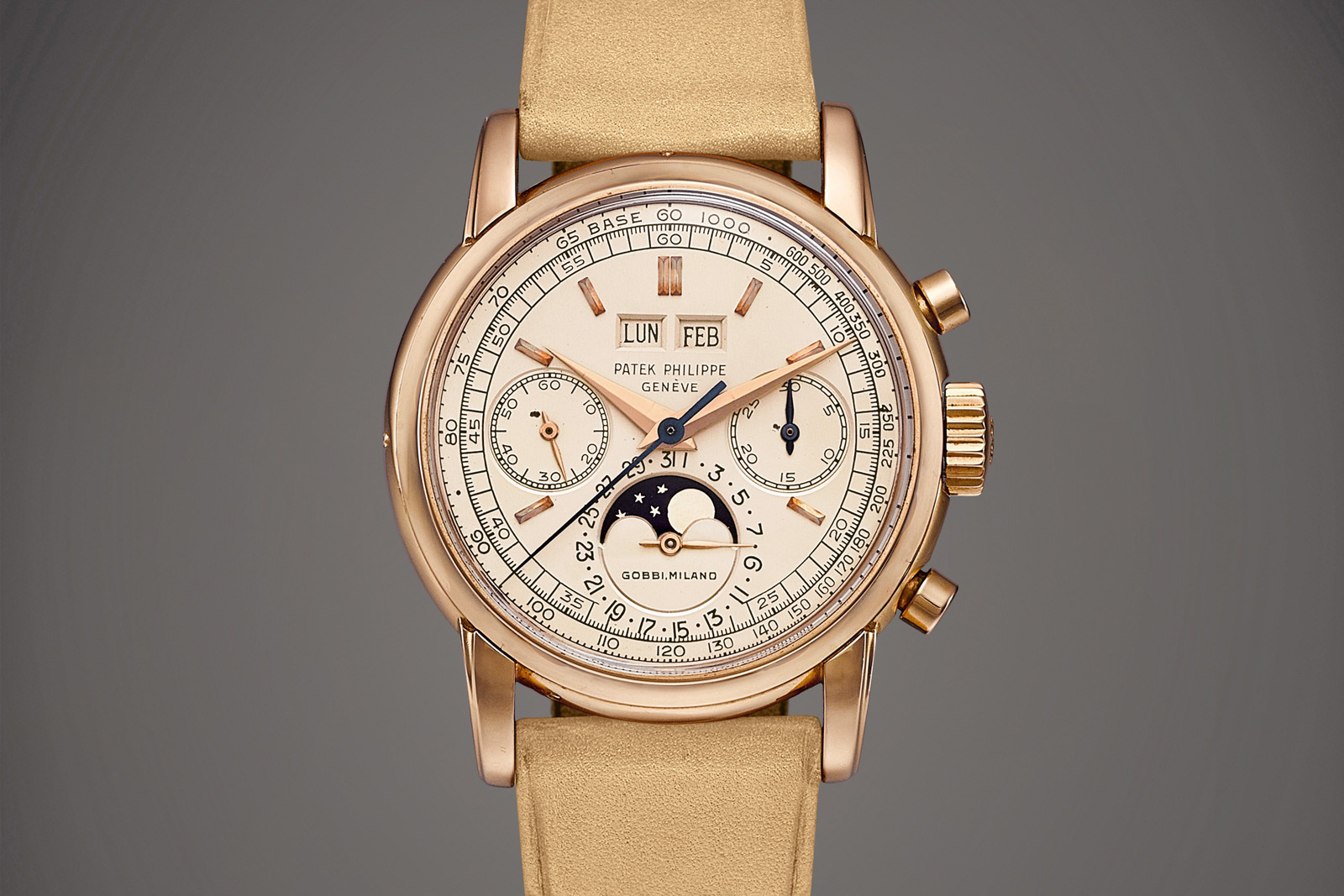 Sotheby’s just concluded the first sale of the spring auction season, which now moves to Geneva with a series of auctions in the Swiss city starting the first weekend of May. The season opened strongly with several records set at Sotheby’s, most notably with The Nevadian Collector, a sale of Patek Philippe timepieces all owned by an American collector.

Made up of 38 watches and one lot of vintage Gay Freres bracelets, the auction was led by an unsurprising favourite that sold for a record price – the possibly unique ref. 2499 in pink gold with a dial signed “Gobbi Milano”. 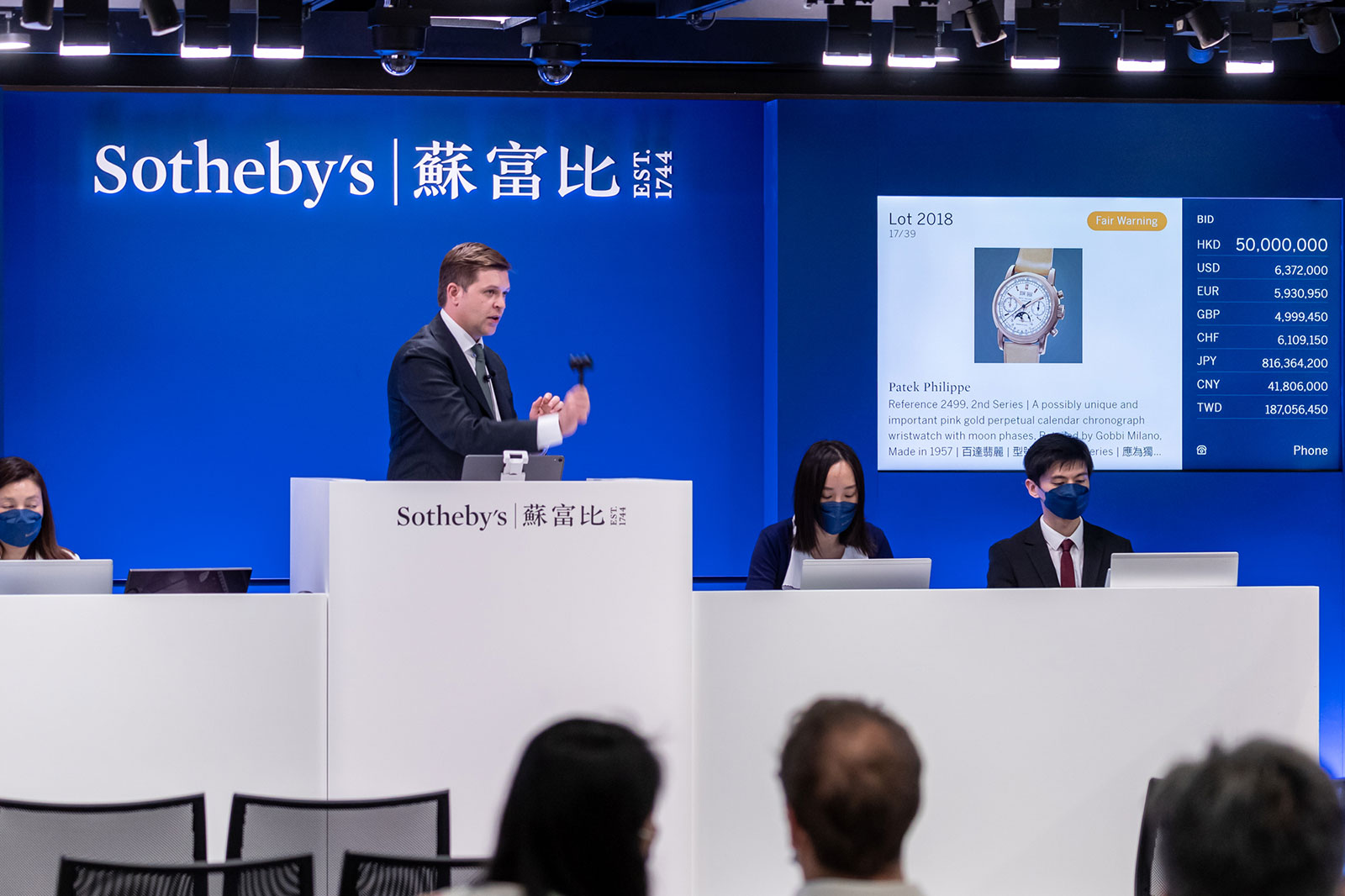 Sotheby’s consultant Sam Hines bringing the hammer down on the ref. 2499 “Gobbi”

Four telephone bidders competed for the watch, with bidding swift and aggressive. One of the bidders went big early on, taking the bid from HK$19 million to HK$30 million with one bid – an increment of about US$1.4 million.

Eventually one of the phone bidders triumphed and set the record for the most expensive ref. 2499 ever sold at auction. The pink ref. 2499 “Gobbi” hammered for HK$50 million, resulting in a total of HK$60.265 million including the buyer’s premium.

That’s equivalent to about US$7.68 million, making it the most expensive ref. 2499 ever sold at auction by some margin. The last record holder was the ref. 2499 “Asprey” that sold in 2018 for about US$ 4 million at Sotheby’s in Geneva – which was also sold by the Nevadian. 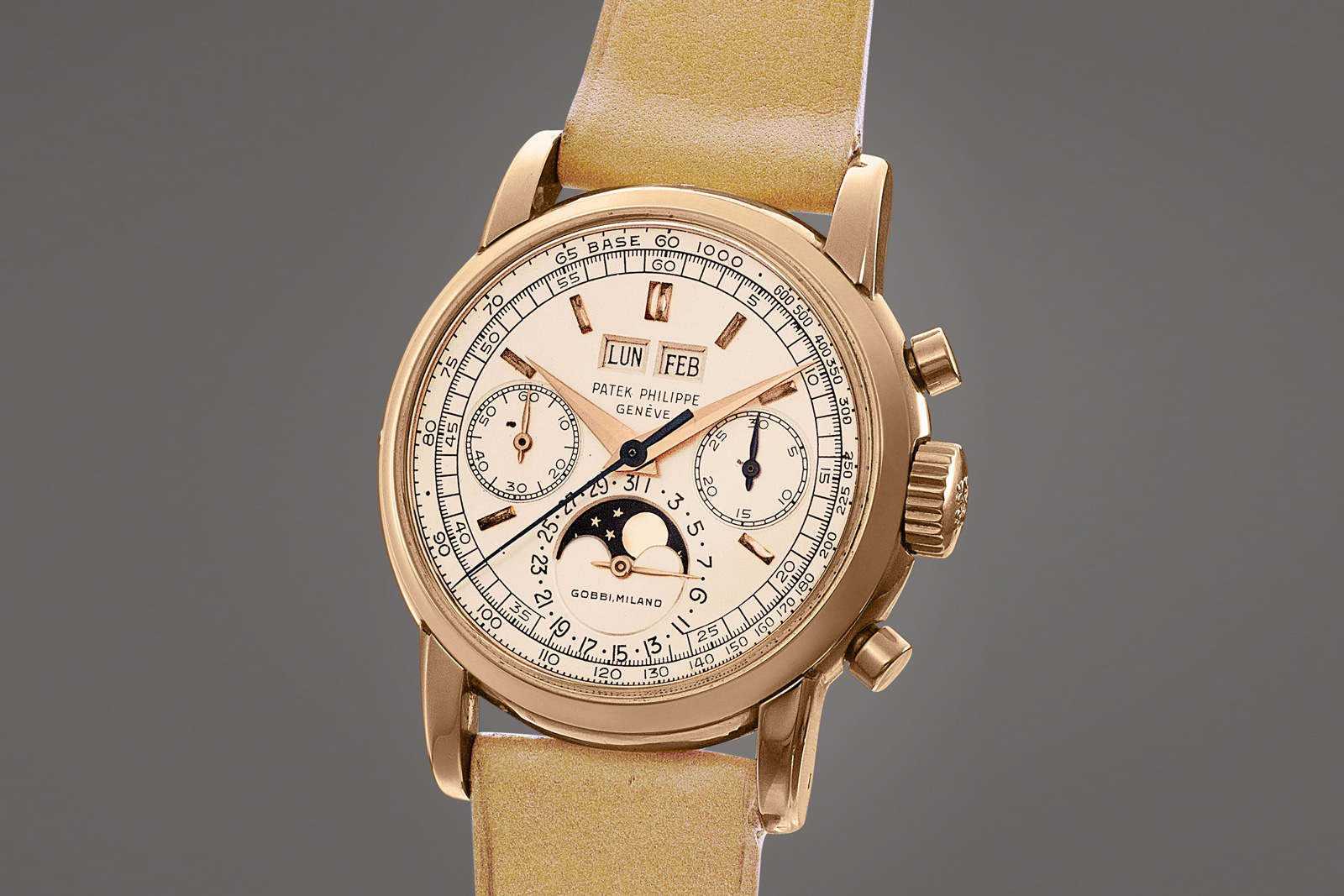 While the ref. 2499 “Gobbi” was the headline lot, all the other watches in the Nevadian sale sold well. Amongst the notable results was a second series ref. 2499 – the only example known with a luminous dial – that sold for HK$23.4 million, about US$2.98 million.

The ref. 2499 “Gobbi” accounted for a third of the evening’s take – 39 lots sold for a total of HK$162 million, or about US$20.7 million, including fees. According to industry sources, the sale represents the last of the Nevadian’s collection that once numbered some 400 watches.

Now in his eighties, the Nevadian started collecting in the mid-1990s, but began selling his collection through Sotheby’s about four years ago. He paid top dollar for his watches – widely regarded as amongst the best examples of each reference – and set several records along the way. The ref. 2499 “Gobbi”, for instance, cost the Nevadian CHF2.74 million including fees at Christie’s in 2007. That approach has paid off handsomely, with several of his watches setting records once again.