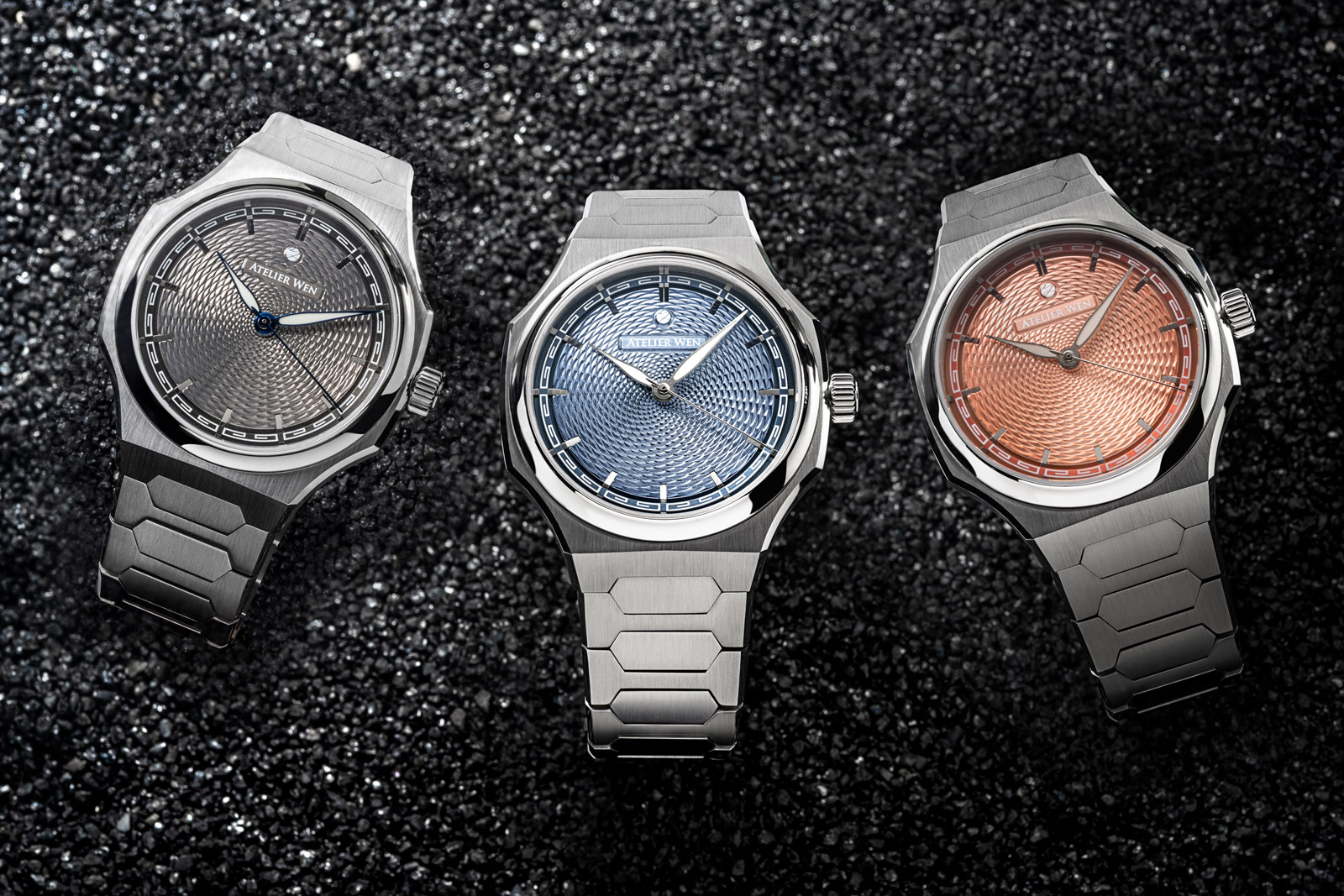 Founded by two Frenchmen living in Asia, Atelier Wen got off the ground with a pair of wristwatches featuring Chinese porcelain dials. Now the brand has just unveiled the Perception, a wristwatch that continues in the same direction, this time with a guilloche dial made the traditional way by a self-taught Chinese artisan.

Four years in the making, the Perception has an octagonal case as well as an integrated bracelet, a style that fits the today’s fashion. But the Perception is all about the dial, which is decorated with traditional guilloche done on a manually-operated rose engine. It’s the work of Cheng Yucai, who not only taught himself the craft, but also built the rose and straight-line engines in his workshop. 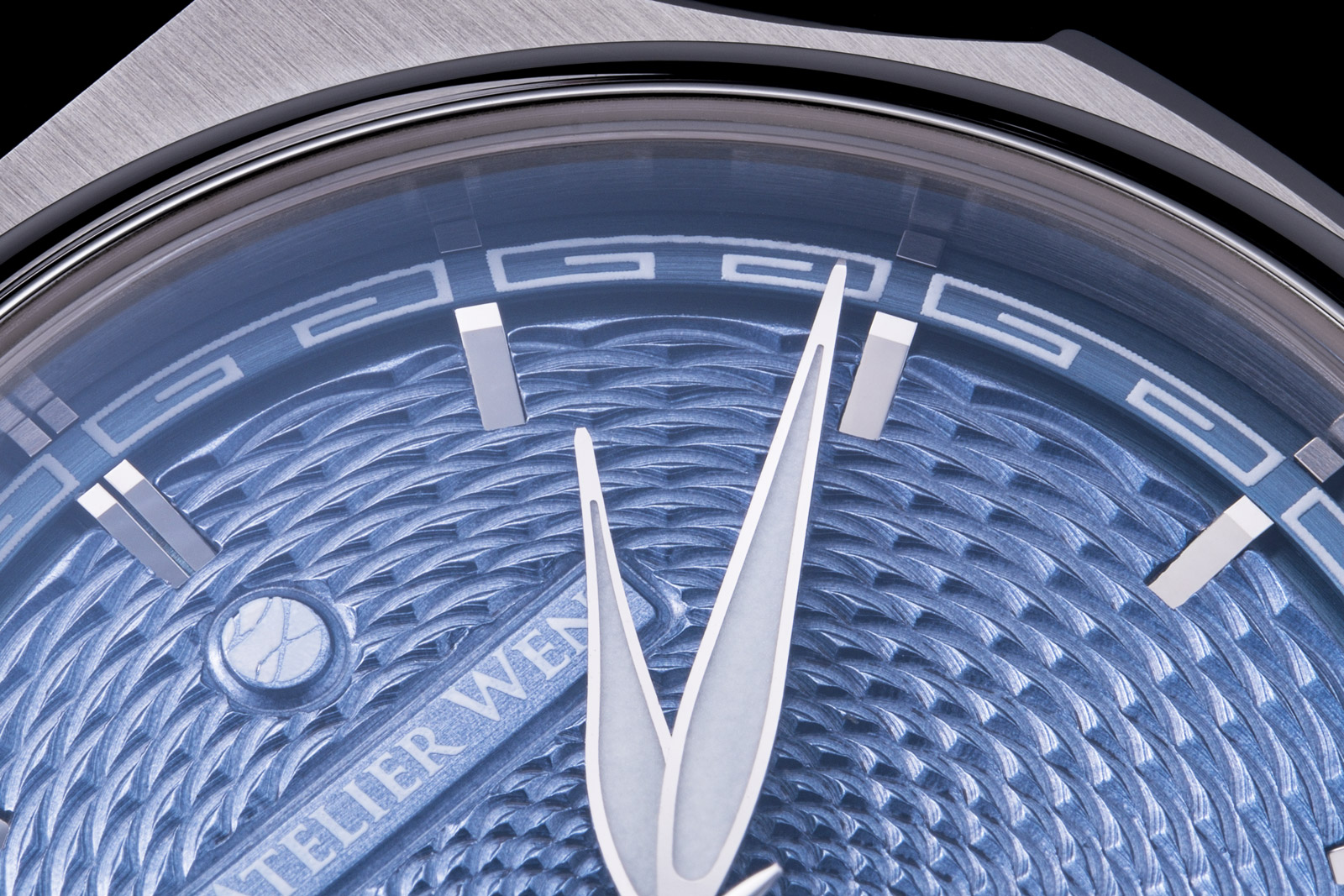 With many brands capitalising on the integrated-bracelet fad, new entrants into the category tend to be derivative. In terms of design, the Perception is just that, with its case and bracelet having a familiar, straightforward design. But still, the Perception does a good job of being what was conceived to be: an affordable watch with a hand-made guilloche dial, which justifies the price of about US$2,000 during its pre-order period.

Naturally, its most outstanding feature is the dial. Being engine turned by hand is impressive, but the fact that Mr Cheng is self taught and works far, far away from traditional centres of the craft is equally impressive. 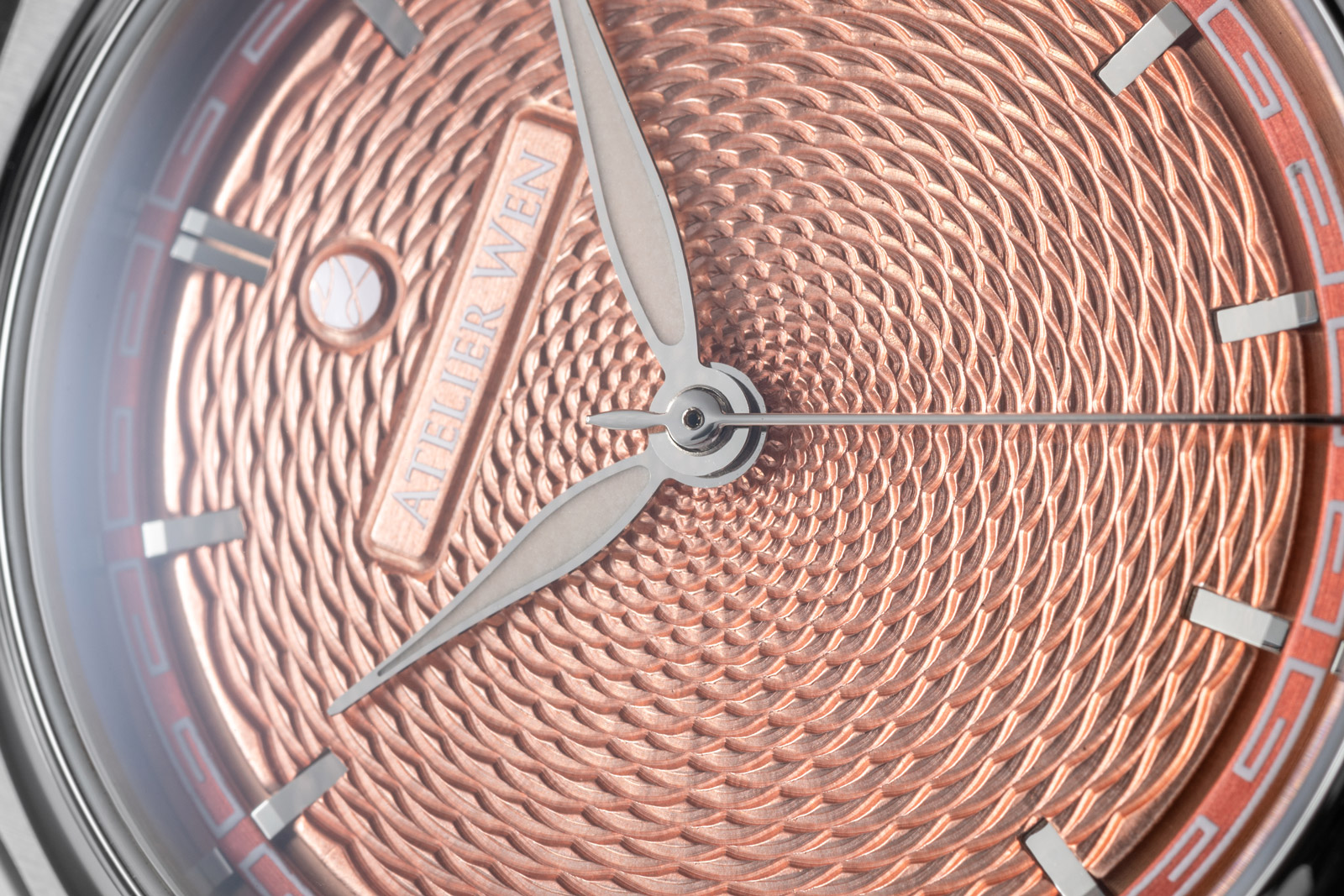 Needless to say, the Perception is priced well below watches with comparable Swiss-made guilloche dials. Even dials engraved by automated equipment like CNC machines are pricier than the Perception. And the occasional outlier such as the Louis Erard Excellence, which is done by hand but simple in style, is still twice as expensive.

Granted, the engine turning on the Perception dial is not as fine as that on pricier Swiss watches, with the engraved lines being wider and having softer edges. Still, the dial work is good for what it costs. And in terms of aesthetics, the concentric barleycorn guilloche is too complex relative to the plainer geometry of the case and bracelet, at least in my eyes. 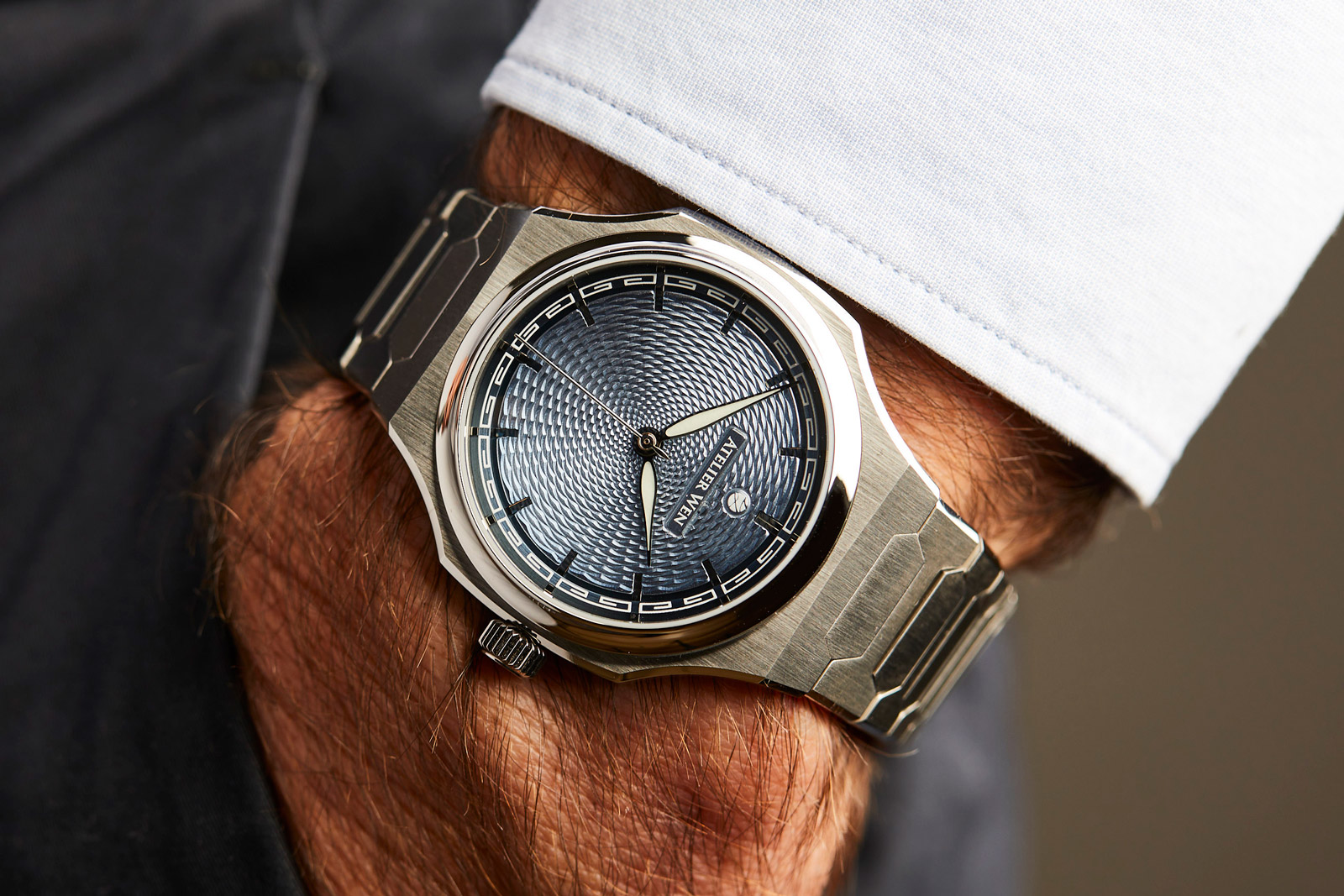 Dial aside, the rest of the watch is executed with considerable attention to detail. A detail worth mentioning is the bracelet, which may be derivative in design but is still solidly constructed and nicely finished. And the clasp incorporates a ratcheting adjustment mechanism that can vary the bracelet length without having to take the watch off the wrist, a useful but uncommon feature in any price range.

The Perception has also been built to be a proper sports watch, with the case having 100 m of water resistance along with a screw-down crown. And both the case and bracelet are made of 904L stainless steel, which has better corrosion resistance than the 316L grade typically used in watchmaking. 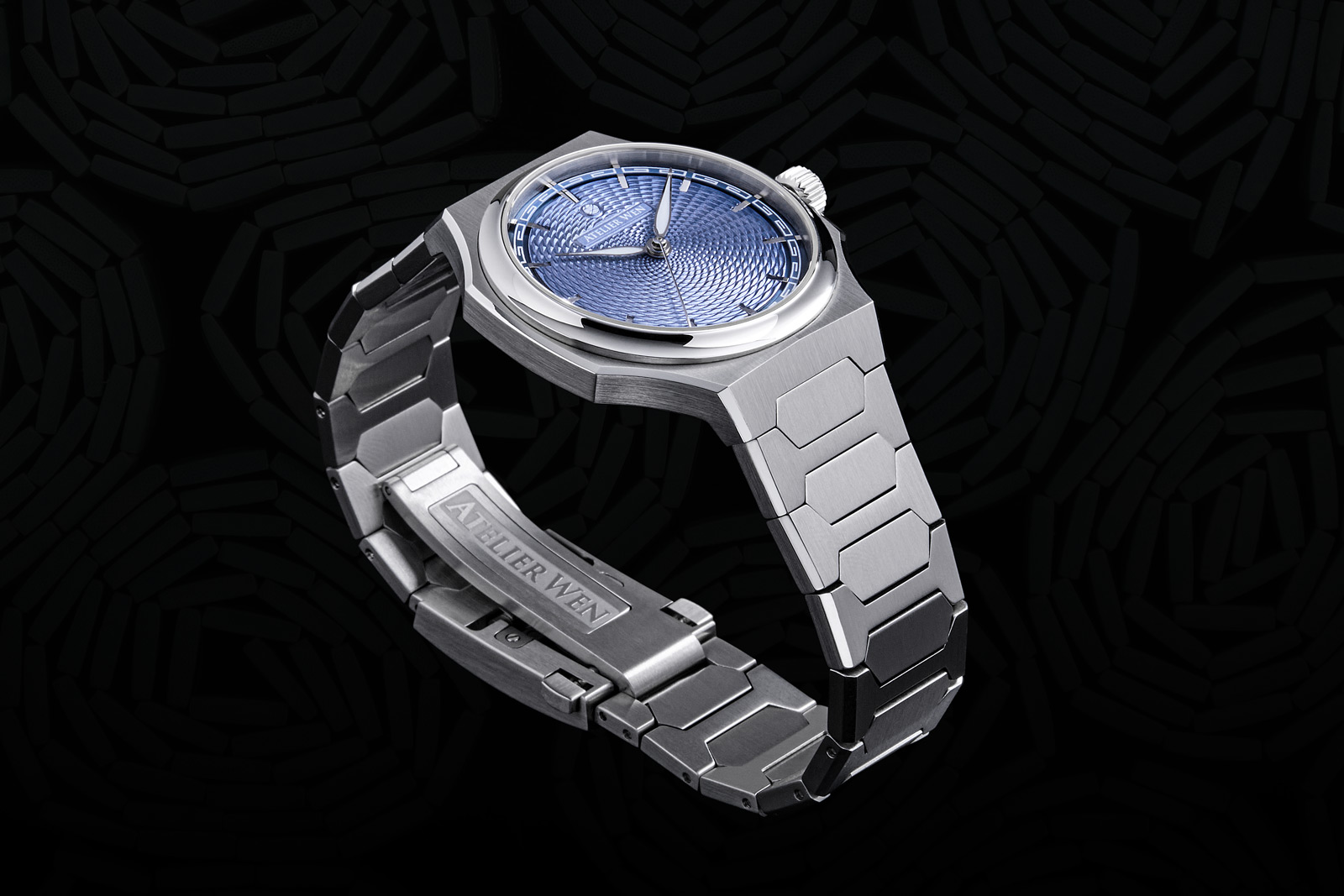 The dial is made by Cheng Yucai, a machinist by trade who began pursuing the art of engine turning after examining a enamelled guilloche cigarette case in 2013. According to Atelier Wen, the owner of the case told Mr Cheng that no one in China had ever made such guilloche items.

That set Mr Cheng off on his quest to do traditional engine turning in China. His obsession with the craft was all encompassing – not finding the necessary machines in the country, Mr Cheng resort to building his own rose and straight-line engines by hand. By 2018 he had made good progress and now has four guilloche machines in his Henan workshop, where he also has four apprentices learning the craft. 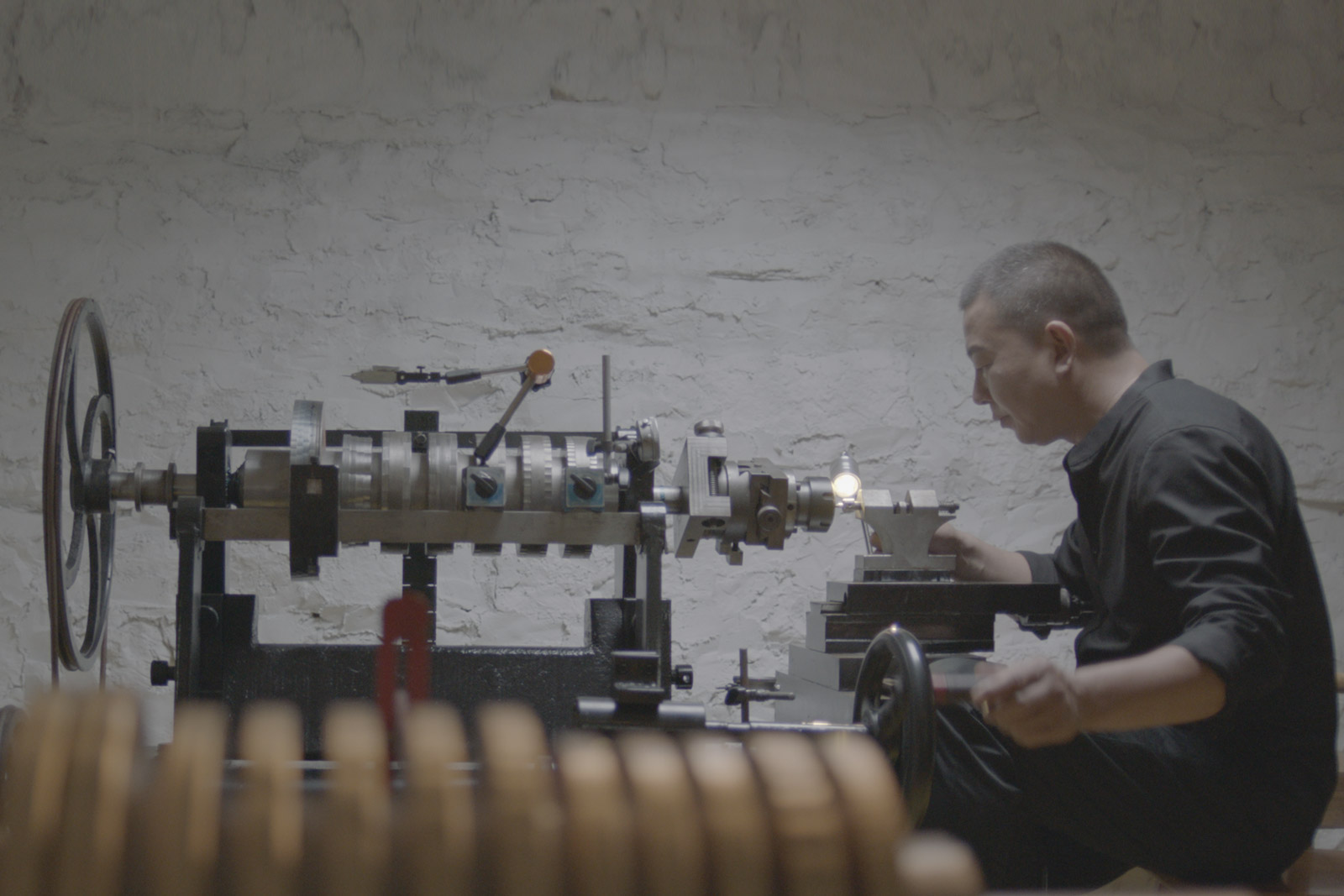 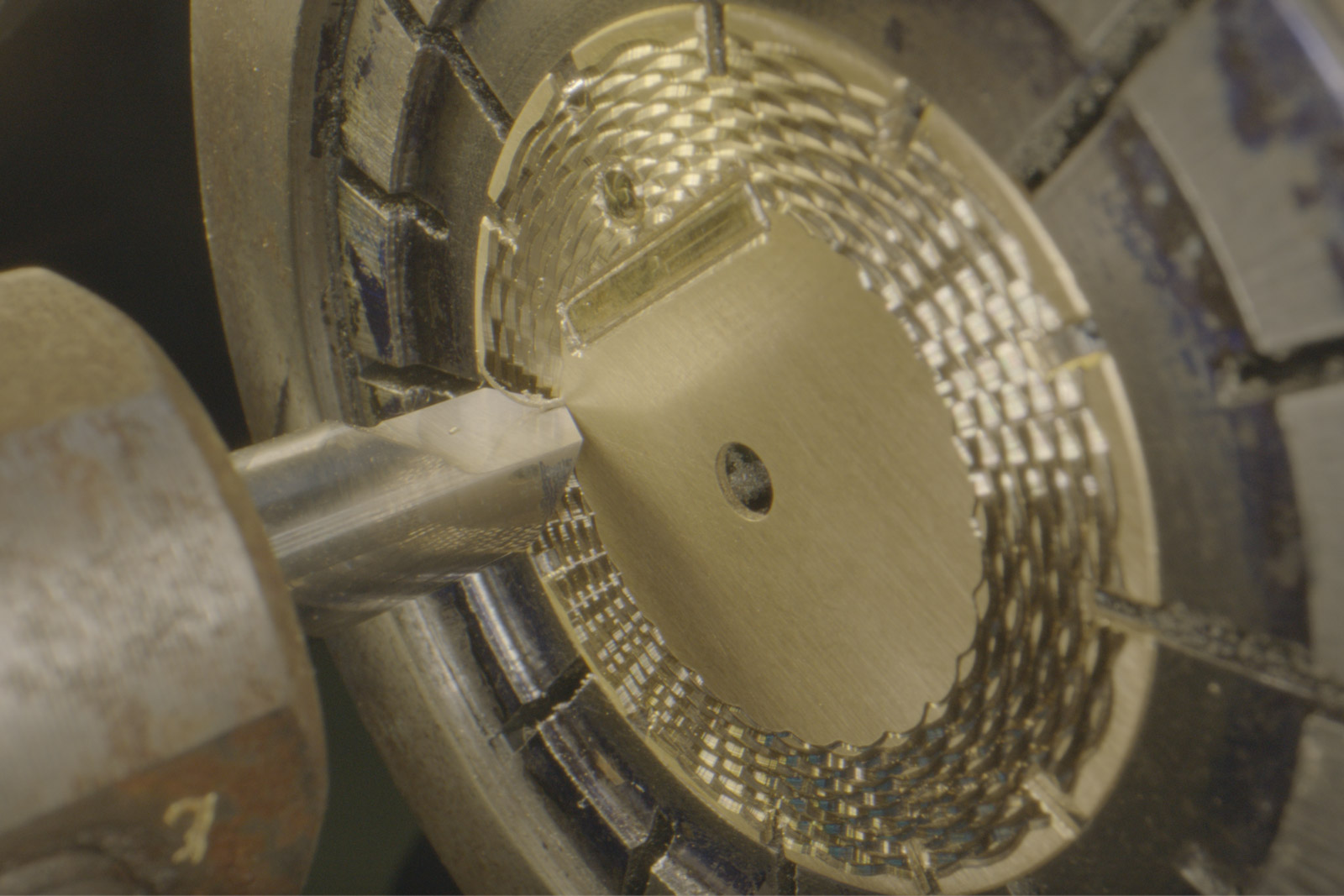 While only the central portion of the dial is engine turned, the remaining elements of the dial are surprisingly elaborate. The hour markers, for instance, sit in recessed cut-outs on the guilloche centre. That in turn sits one level above the minute track, which is painted with a quintessentially Chinese motif.

The rest of the watch is familiar but smartly detailed. The case calls to mind the Nautilus, though the simple construction means it actually resembles the Seiko 5 SNKK52. And the bracelet is a dead ringer for the Vacheron Constantin 222.

But both the case and bracelet have polished bevels along their edges, while the polished bezel is convex instead of having a more common domed or flat profile. And another point of appealing the simple but smart clasp that allows for on-the-fly micro-adjustment. 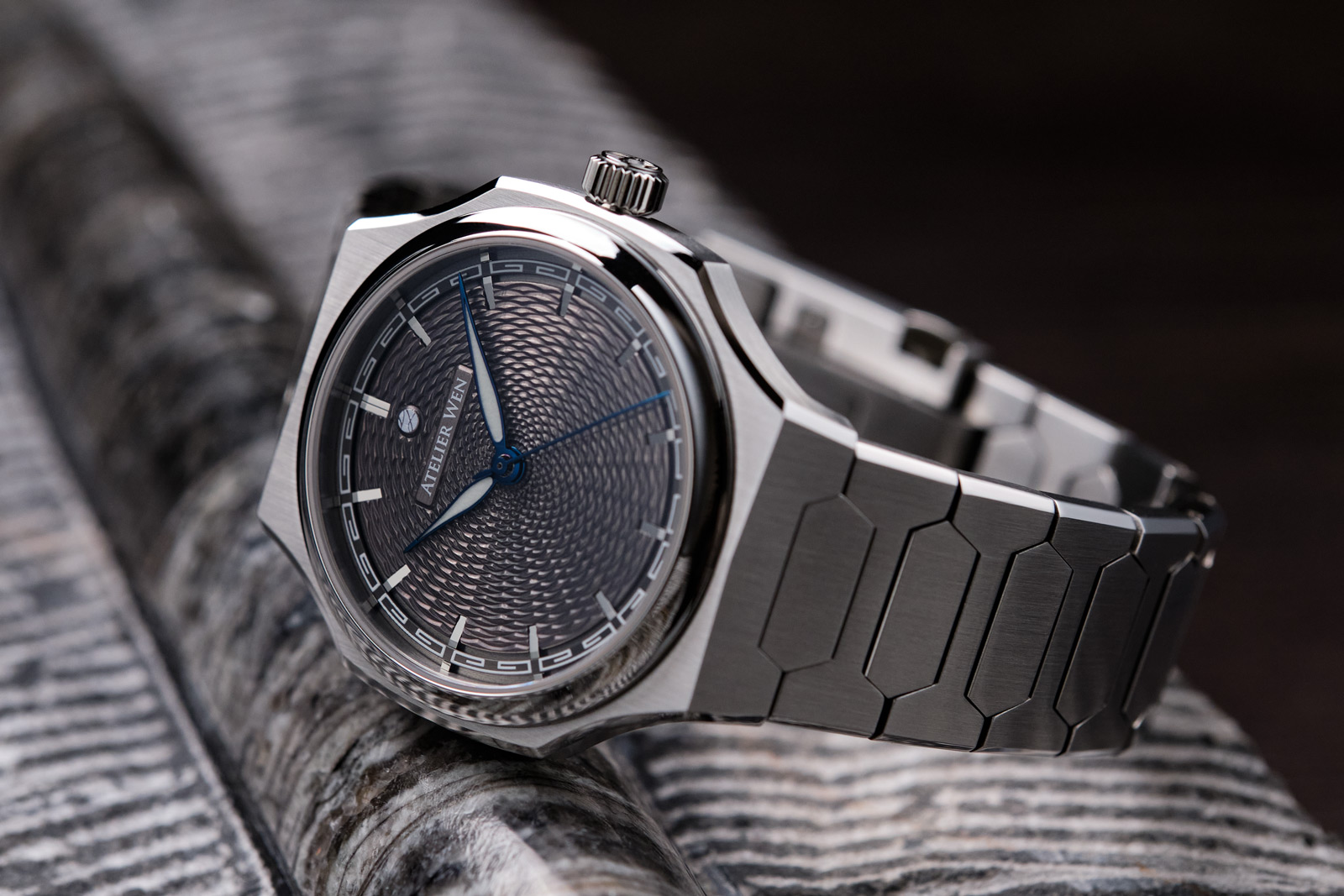 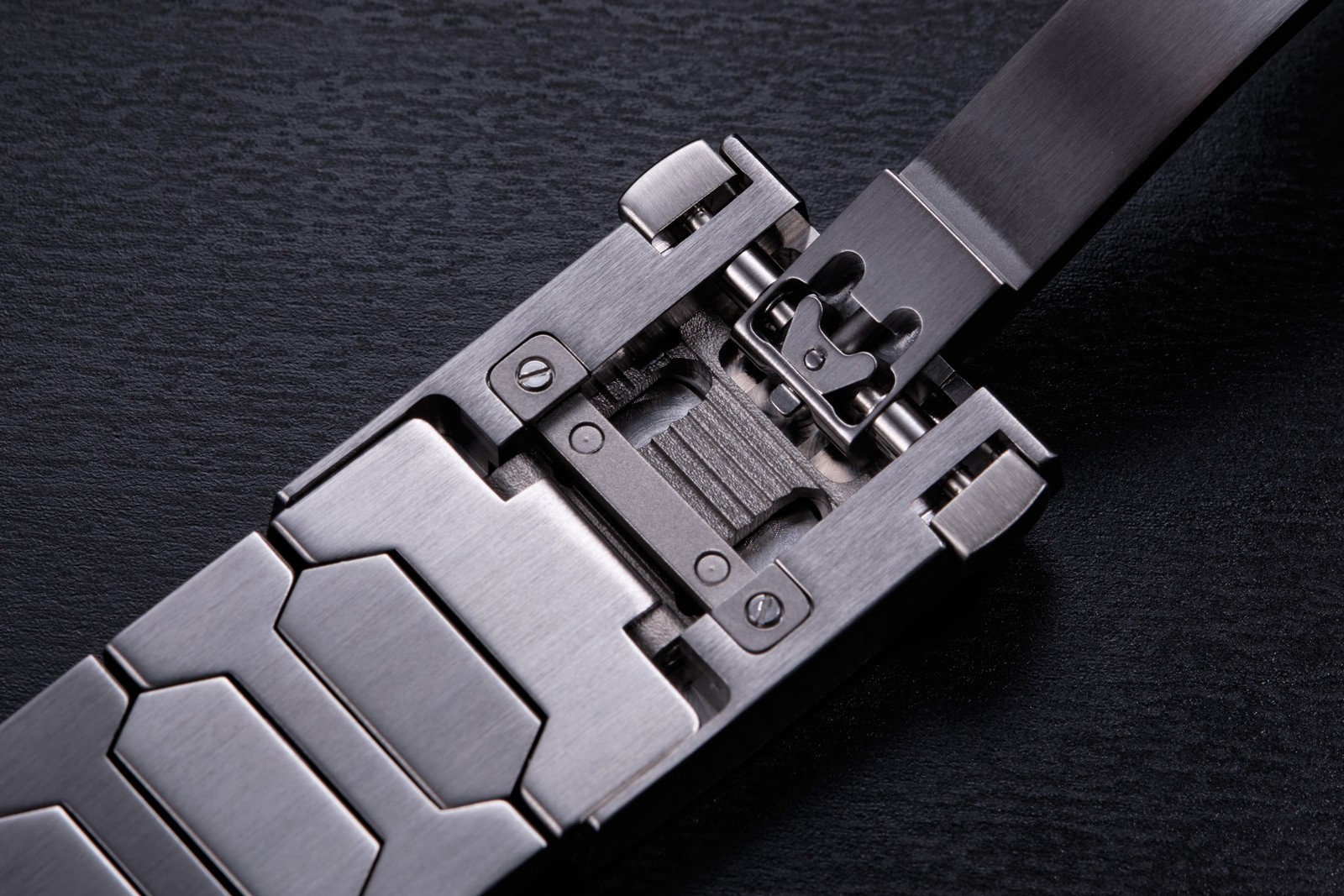 The SL1588 movement inside is made by Liaoning Peacock, a manufacturer located in the city of Dandong. Thin at 3.3 mm, the SL1588 results in a slim case of just 9.4 mm high that, when matched with the 40 mm diameter, gives the Perception appealing proportions.

According to Atelier Wen, the movement has been slightly modified to extend the power reserve from 38 hours to 41 hours, while improving the average daily variation to +/-10 seconds. Still, the movement no doubt looks industrial, so it’s smartly hidden under a partially closed case back that’s engraved with Chinese lion motif. 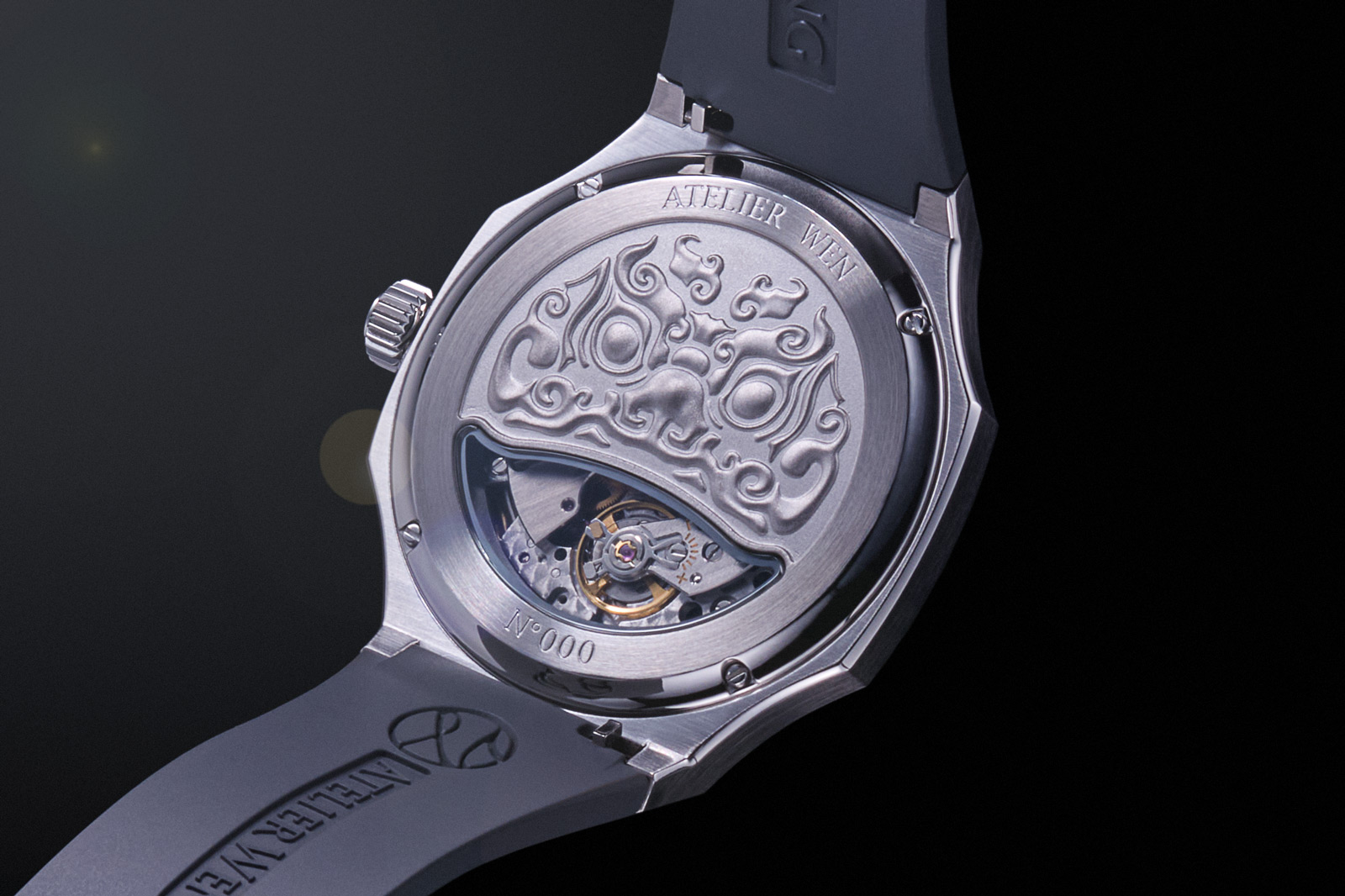 Limited edition: No, but only 300 pieces will be produced for the monthlong pre-order period
Availability: Now from Atelier Wen online; delivery in October 2022
Price: US$2,088 for a month from the date of launch, US$2,588 thereafter