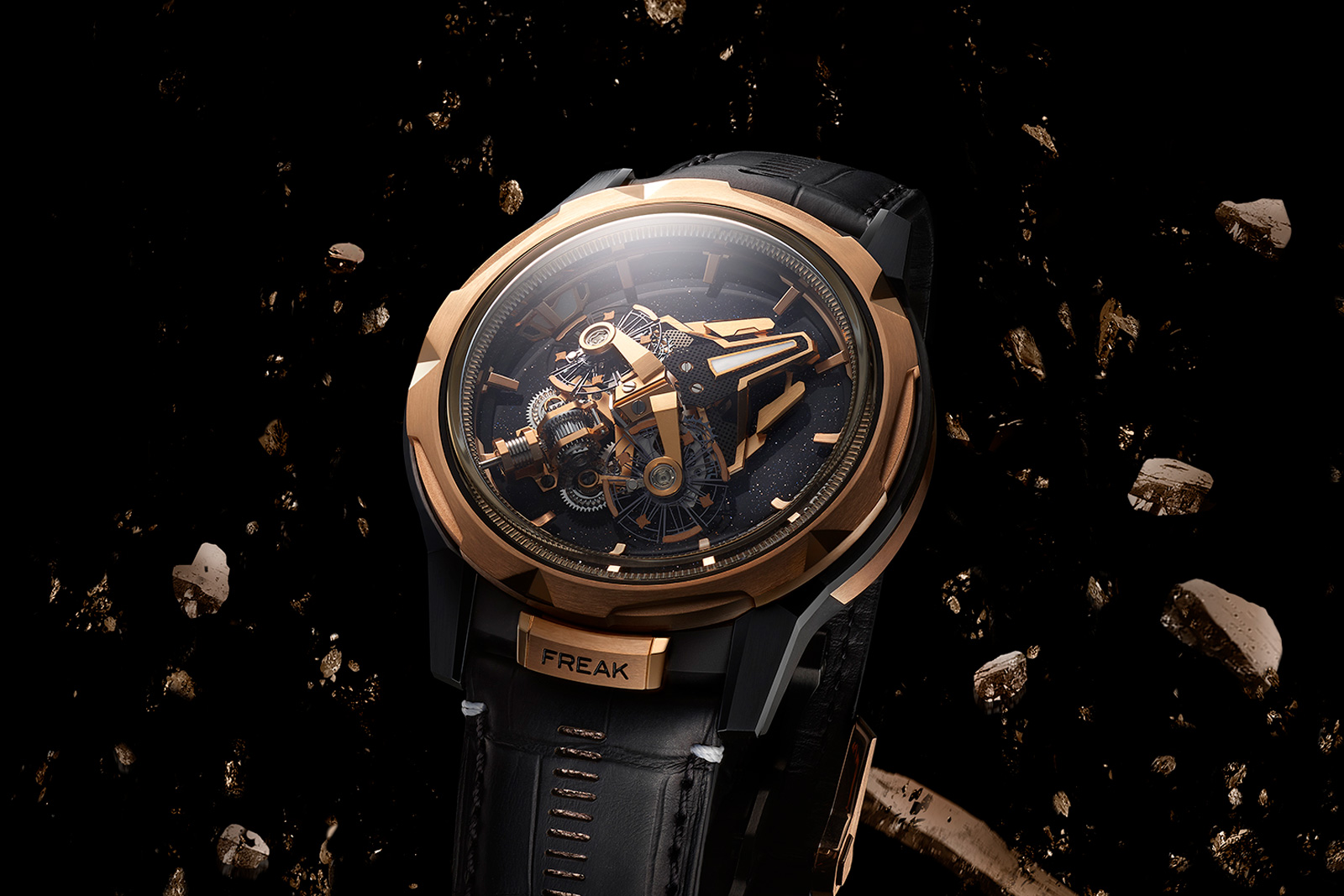 Perhaps a sleeper hit of Watches & Wonders 2022, the Ulysse Nardin Freak S is an intriguing evolution of the brand’s trademark watch that makes its debut just as Ulysse Nardin has become an independent brand. The Freak S is equipped with twin balance wheels, but mounted on a central carousel as is de rigueur for a Freak.

The first twin-balance watch from Ulysse Nardin, the Freak S is perhaps the coolest iteration of the model since its inception in 2001. It has come a long way since the original, having been obviously enhanced in both style and performance. 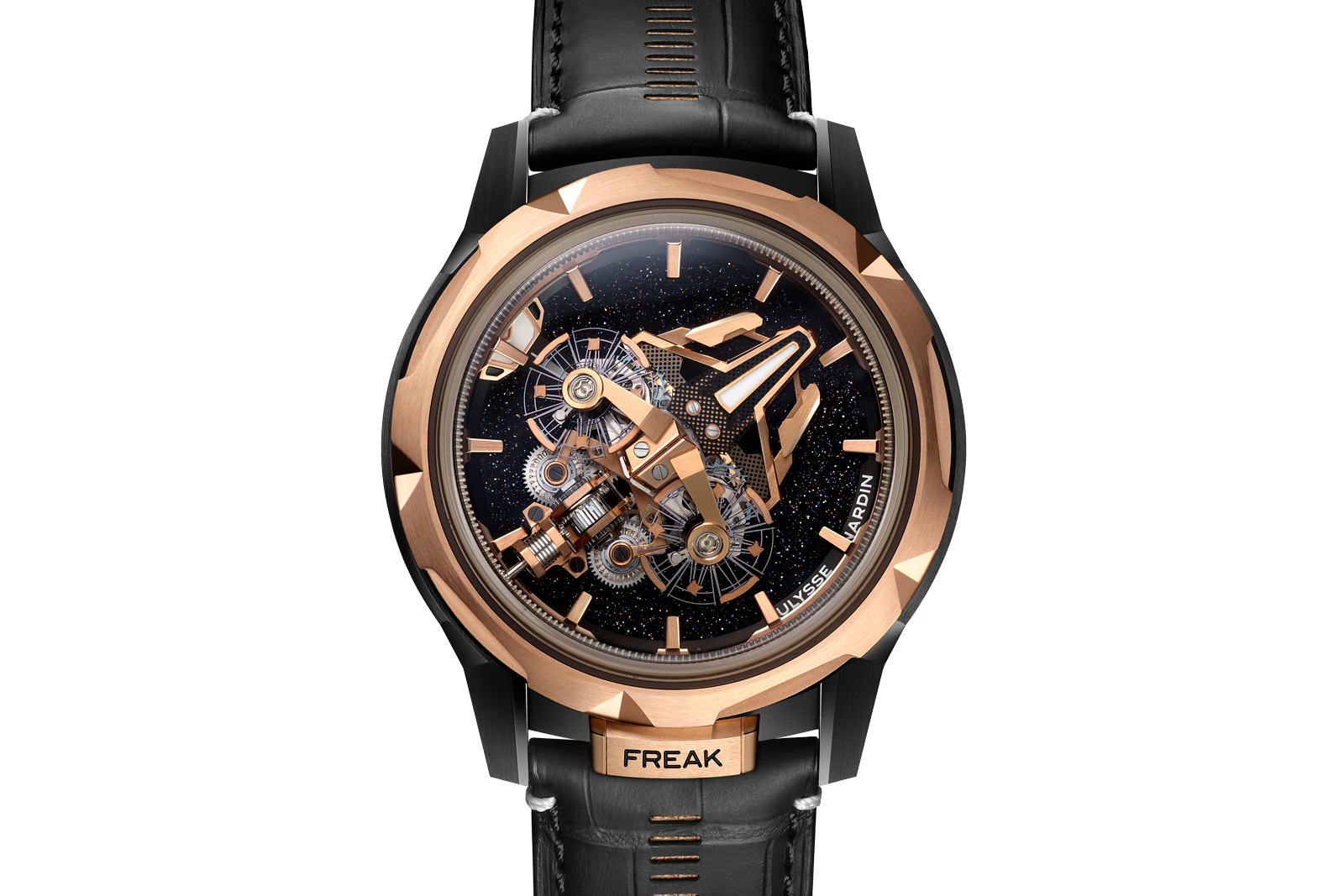 While its most obvious feature are the double balances, the Freak S also includes several details that enthusiasts will appreciate. For starters, it is a purebred Freak. Like the original, it does without a conventional dial, hands, and crown. In comparison, some of the more recent Freaks are more conventional in their execution.

Thanks to double balances linked by a differential, the carousel is more striking than ever, while promising improved timekeeping.

At the same time, the brand’s proprietary “Grinder” system means the Freak S is self-winding, eliminating the hassle of manually winding the huge mainspring via the notched back. 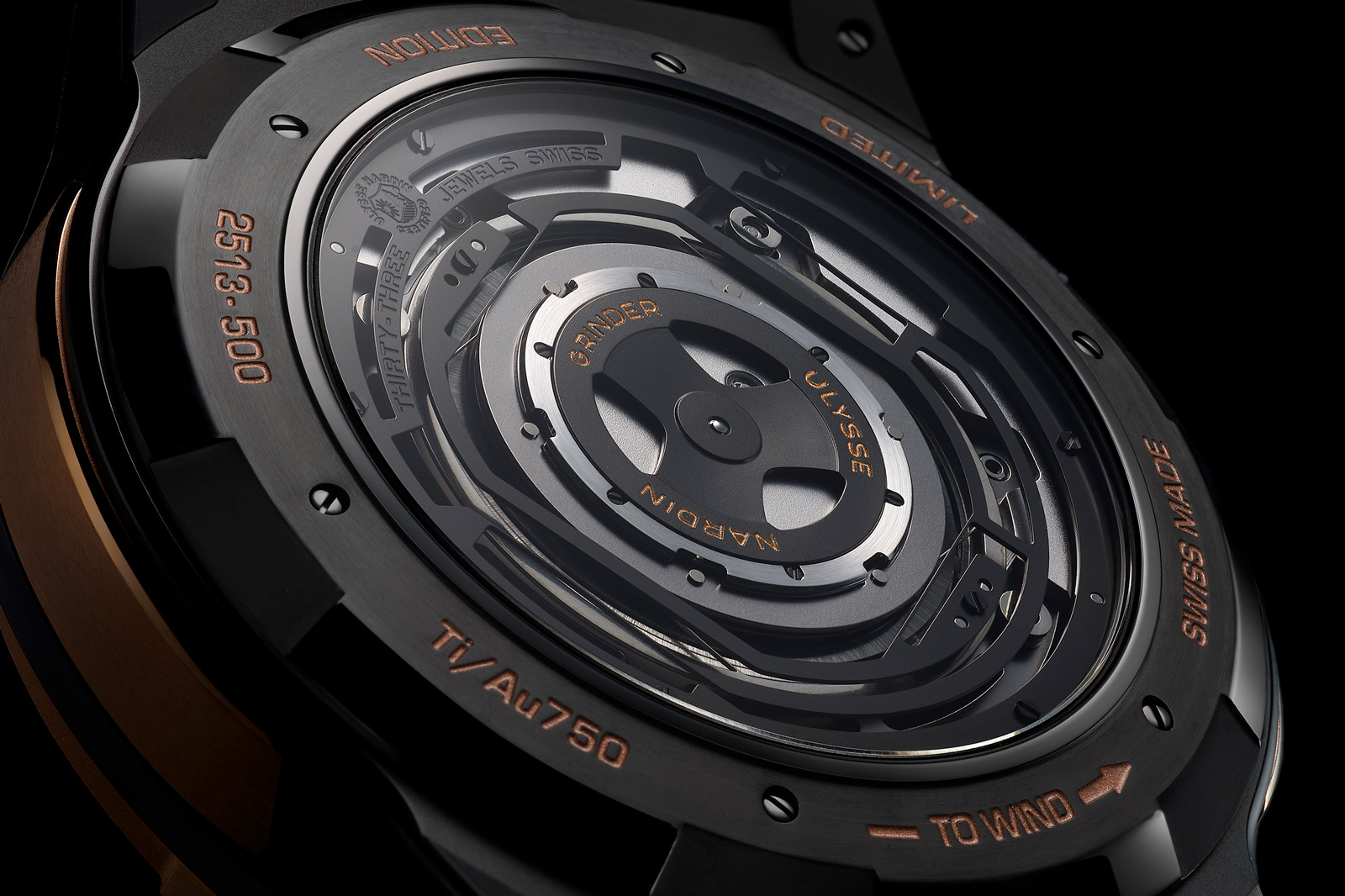 Twin balances with a differential

The overarching theme of a Freak is a movement that stands out, literally. The movement sits on three levels – carousel, barrel, and winding system, all arranged one over the other.

Most of the movement, including the oscillator and going train, is mounted on a carousel that doubles as the minute hand. And because the barrel rotates once every 12 hours, the barrel cover is also the hour hand. 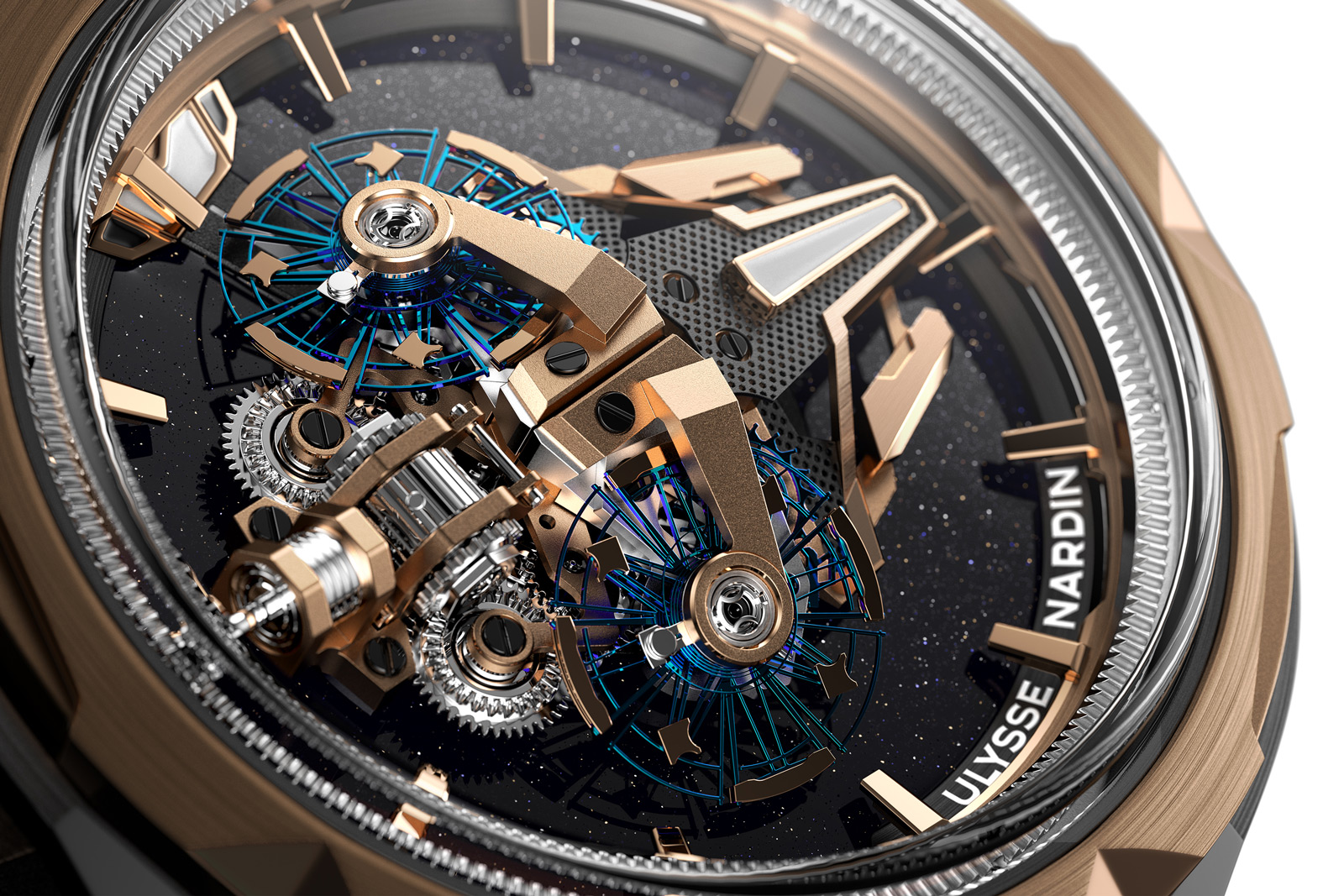 The carousel sits on top of the barrel cover, with a pinion engaging a fixed ring gear. When barrel cover rotates, it transmits energy to the carousel via the fixed gear, propelling the carousel forward to make one revolution every hour, allowing it to act as the minute hand. 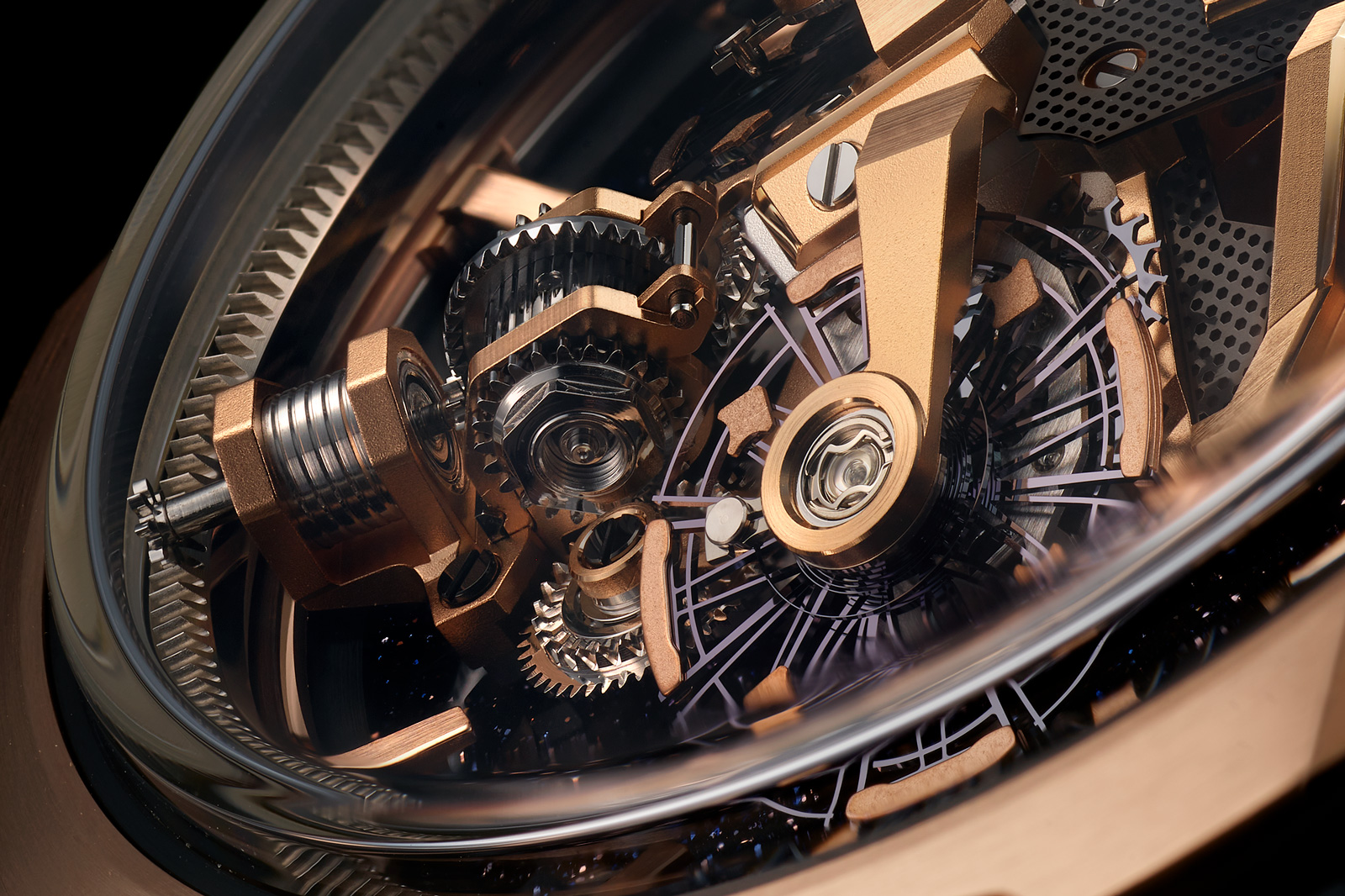 The most interesting aspect of the movement is the differential system and twin balances. Drawing from differential gearing found in automobile transmissions, the vertical differential allows the two balance wheels to beat at slightly different rates, and averages out their errors.

This is made more effective on the Freak S by inclining the two balance wheels at different angles, allowing different positional deviations of each balances and thus reducing the overall errors of beat rate. 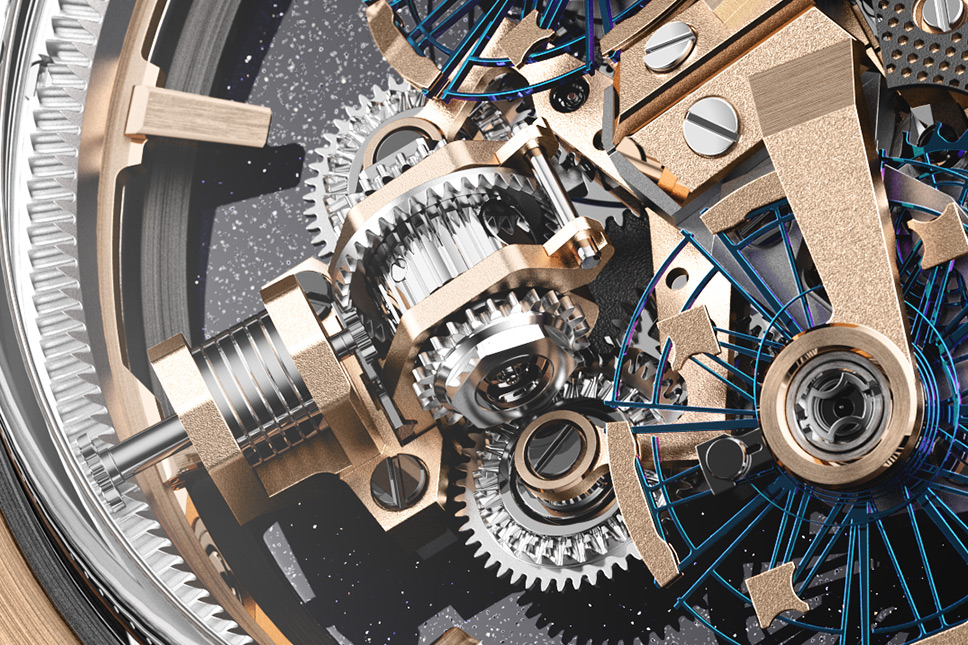 Jean-Christophe Sabatier, the brand’s Chief Product Officer, explained the differential and twin balances were conceived to improve accuracy, but are not meant for chronometer certification per se. Instead, the entire Freak S is the continued pursuit of an intriguing concept that began with the original Freak. According to Mr Sabatier, “[the] movement is king” in any Freak.

While the Freak S is brand’s first-ever double-balance watch, Mr Sabatier hinted that it will not be the last, leaving open the possibility of further development of its exotic oscillators. 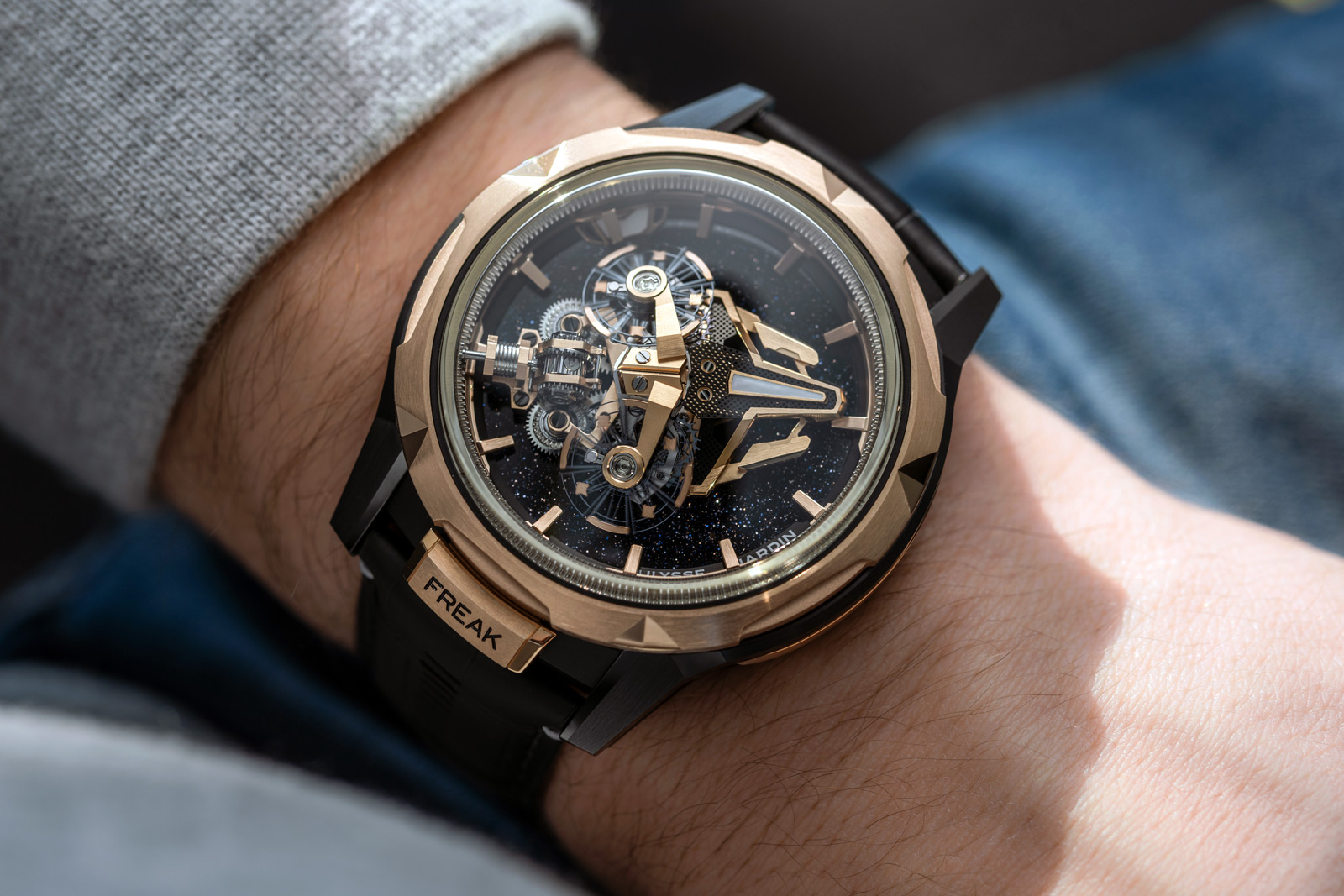 Availability: At Ulysse Nardin boutiques and retailers
Price: US$137,000