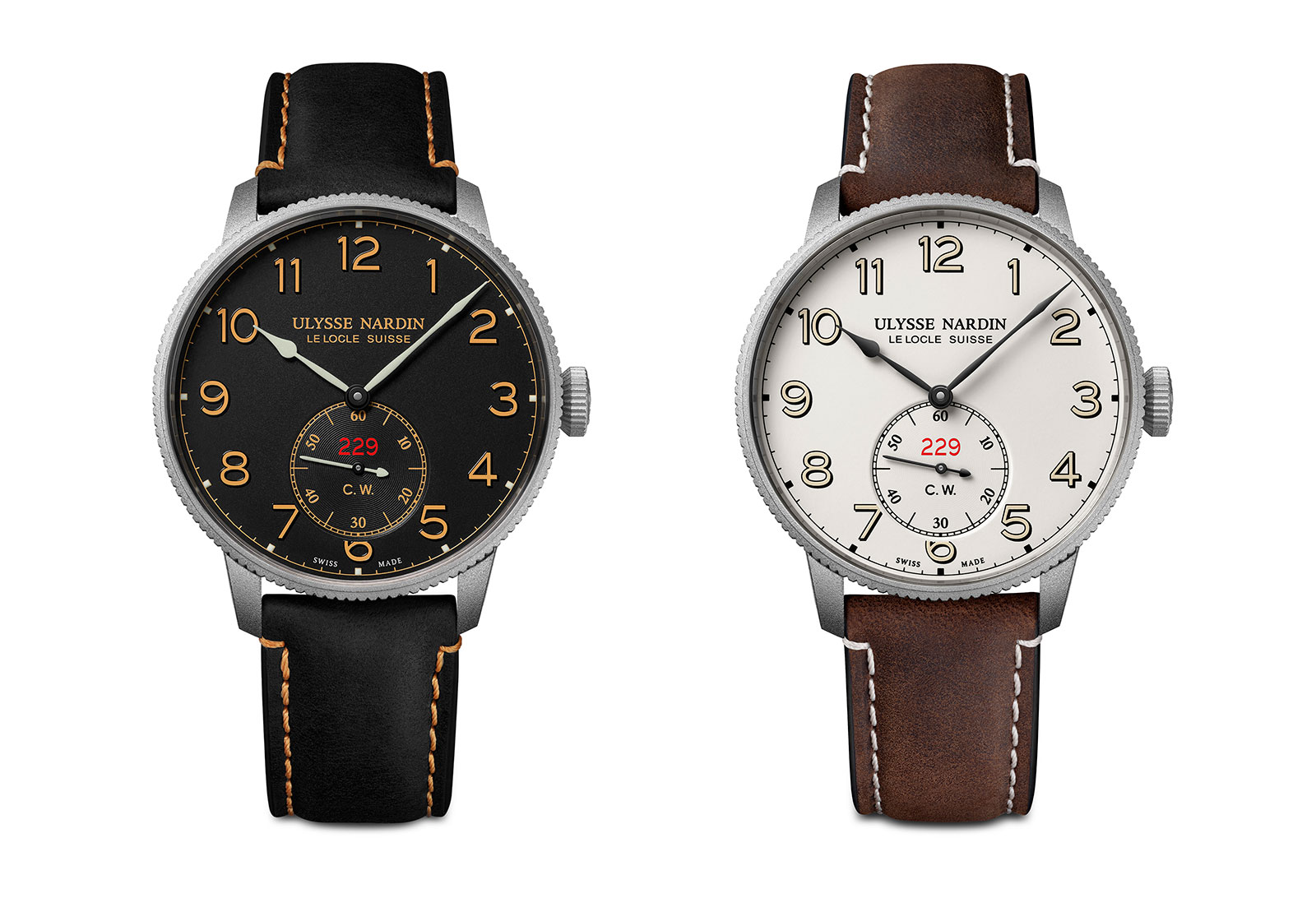 Back in June, Ulysse Nardin introduced the Marine Torpilleur, a streamlined and more affordable take on its classic Marine Chronometer. And now ahead of SIHH 2018, the Le Locle watchmaker famous for being a supplier of navy deck chronometers has unveiled a military-inspired variant of the Torpilleur, named after a small torpedo boat.

A blend of military watch elements rather than an out and out remake, the new Torpilleur has a stainless steel case that’s been bulked up to 44mm, making it 2mm larger than the civvy Torpilleur. More unusually, it’s sandblasted to a matte, grained finish – a detail that suits the military look but one often overlooked on military-style watches. And the case is also matched with an onion-shaped crown that’s more familiar on military aviation watches but passable. Despite the modern proportions, the look remains vintage-inspired, in both guises. The first is a a cream-coloured dial with luminous Arabic numerals, while the second is a striking black with burnt orange numerals. Both versions have clean, functional dials, with neither power reserve display or date. A red number on the small seconds at six o’clock indicates the timepiece’s serial number within the limited edition run of 300, and below that “C.W.”, short for “chronometer watch” and somewhat clumsy looking. The Marine Torpilleur Military is technically identical to the civvy sibling, with the same sized case and the in-house UN-118 movement, which features a silicon hairspring as well as escape wheel and lever made of diamond-coated silicon.

The Marine Torpilleur Military is a limited edition of 300 pieces total in both colours and is priced at SFr7900, or about US$7940.