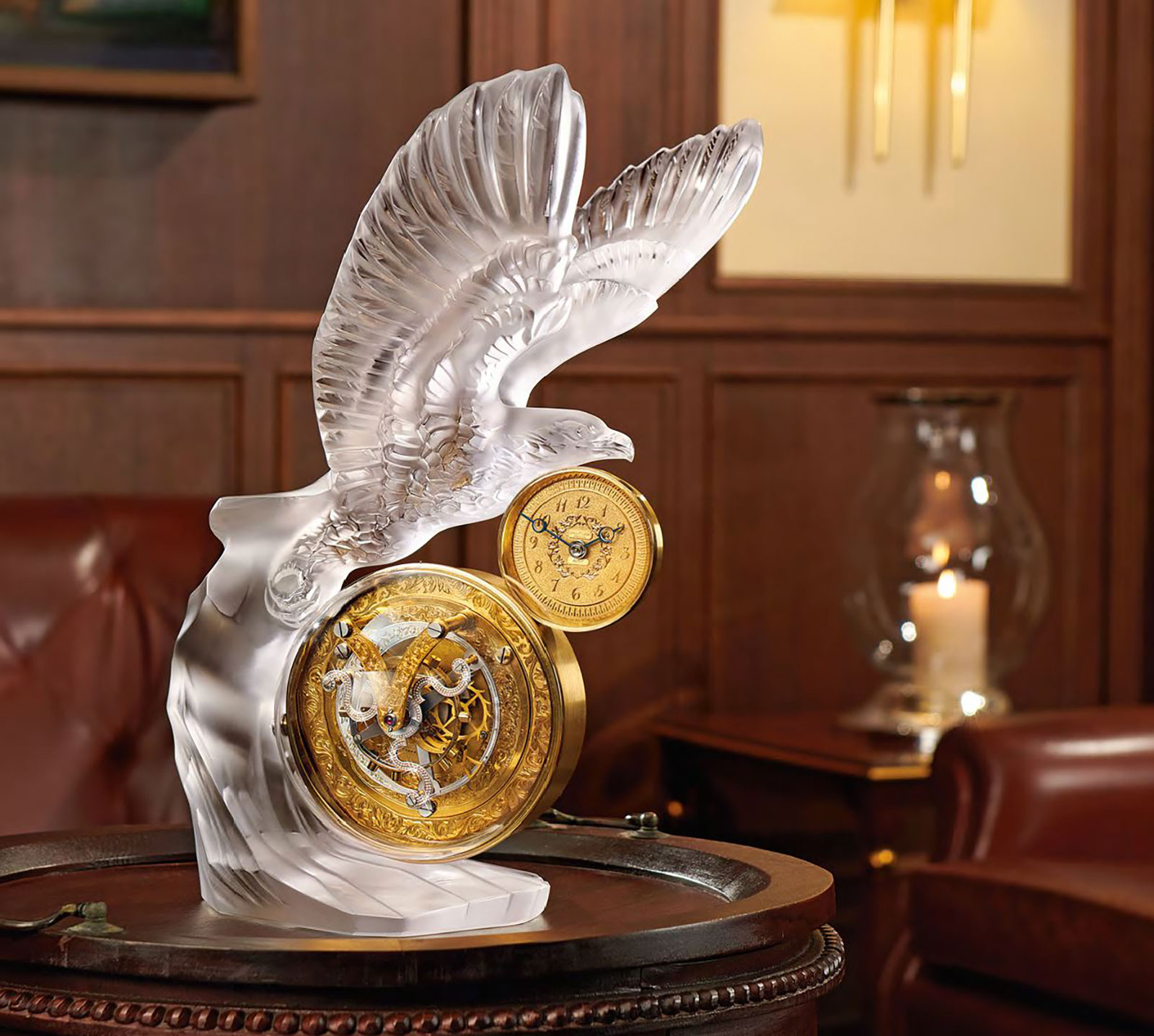 German independent watchmaker Rolf Lang produces both wristwatches and clocks – including a lavish gold egg containing a marine chronometer – and he now turns to French glassmaker Lalique for his latest sculptural clock. Their collaboration resulted in the Phoenix Clock that is entirely hand engraved and equipped with a gigantic tourbillon – held aloft by a glass-crystal sculpture of a soaring eagle with wings spread. 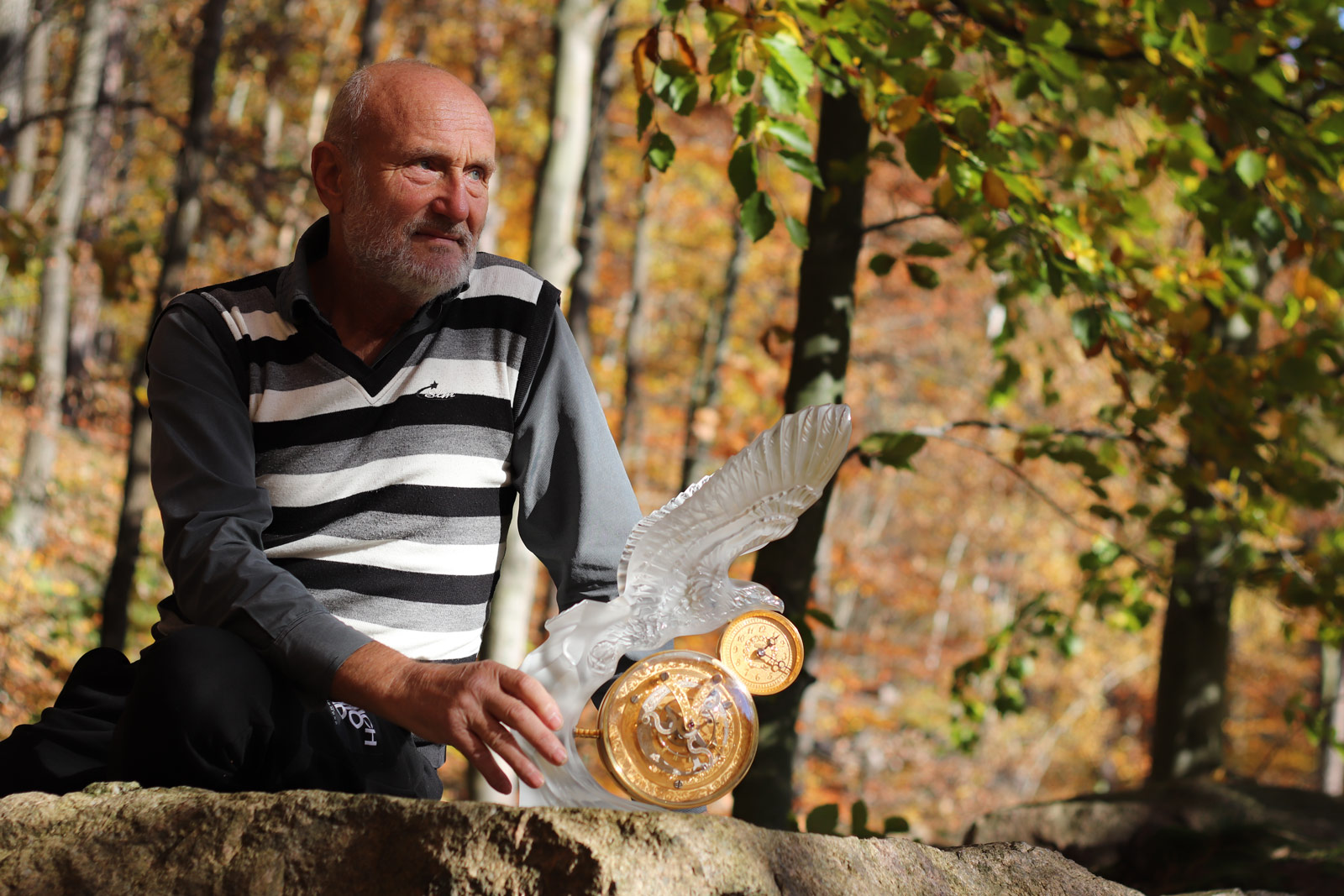 Like the ultra-luxe egg clock of 2018, the Phoenix is appealing for its strong design and craftsmanship. The father of independent watchmaker Marco Lang, Rolf Lang’s house style is highly decorative and rooted in 19th century watchmaking so the aesthetic means the clock is not for everyone, but it is certainly impressive for those who appreciate what it is.

With its ornate decoration, the Phoenix evokes the elaborate clocks and watches made for the Chinese market in the 19th century. It has an old-fashioned style and quality that stands in contrast with most contemporary watchmaking. And the clock excels at what it does, which is to impress while sitting on a desk.

Still, it manages to be different and slightly modern as a result of the to the clever use of high-contrast materials. The crystal sculpture is splendid, and the clock itself is even more attractive with the ultra-large tourbillon sitting in full view under a glass sphere. 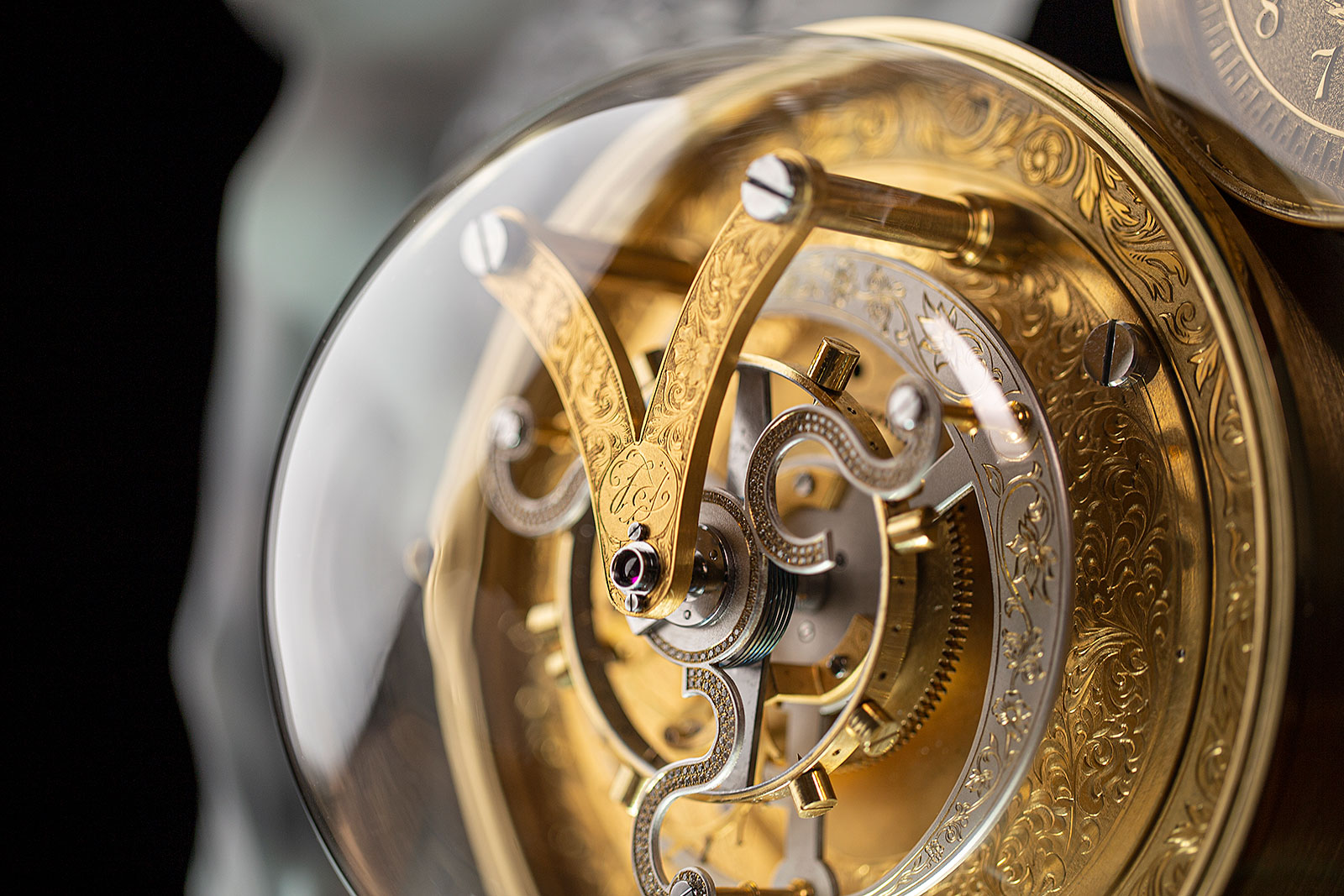 Limited to 25 pieces that will be produced on demand, the Phoenix is priced at around US$110,000. That is within the ballpark for high-end, hand-made clocks such as this.

While it has a big price tag, the Phoenix is special; there are nothing quite like it on the market. And the Phoenix has the added appeal of being hand made by an old-school watchmaker. At the same time, it is certainly easier to digest than the golden-egg marine chronometer clock that cost well over a million dollars (in part due to the 6 kg of gold used in its construction). 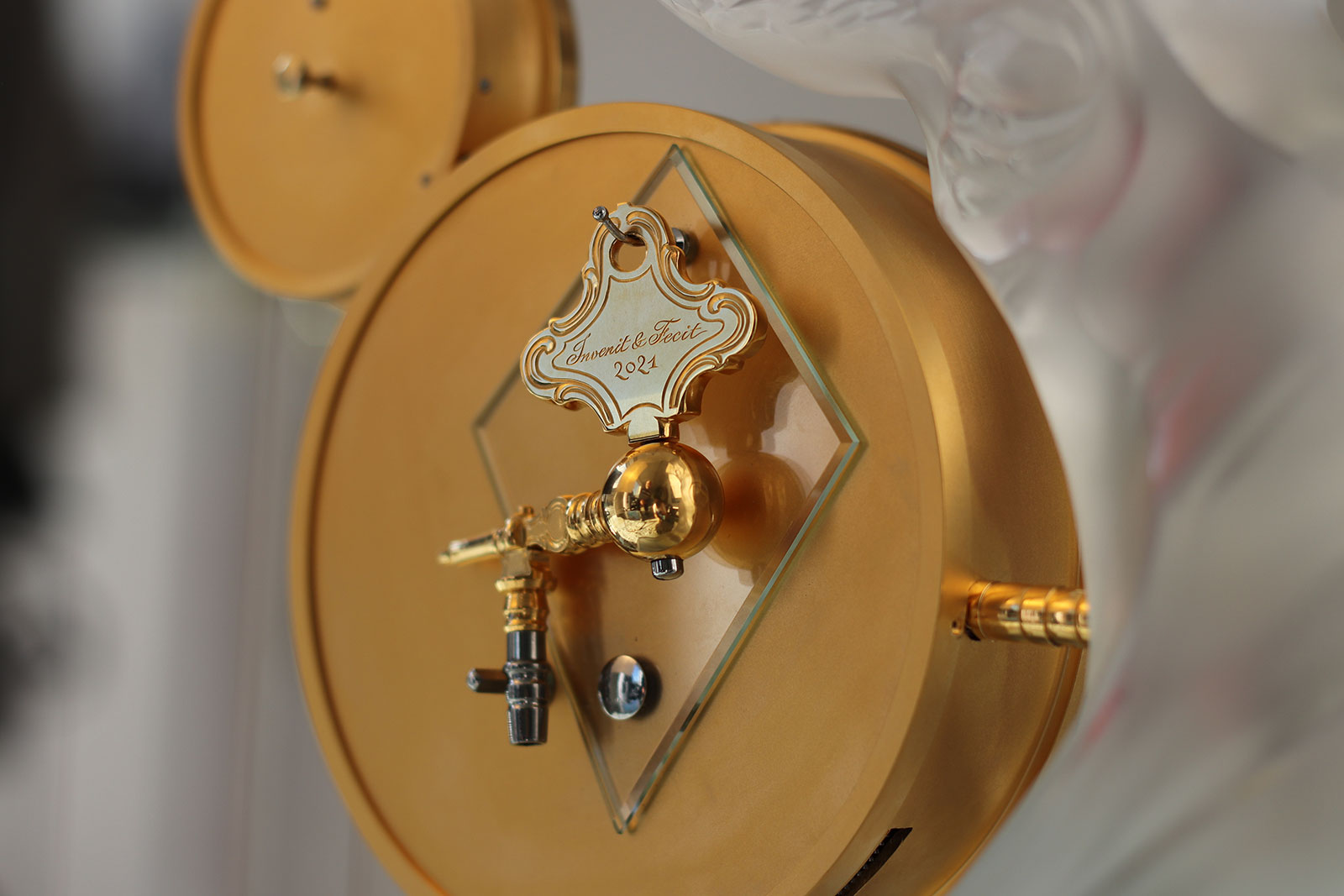 “Invenit et Fecit” engraved on the key is Latin for “invented and made”, which is also the motto of F.P. Journe

The Phoenix is a sculptural clock but also a sculpture in the literal sense. The eagle is made by Lalique, a famed French glassmaker that’s in operation for over 130 years.

Like all Lalique creations, the eagle is crystal glass, essentially a type of glass with high lead content that gives it better malleability and greater weight. And like the clock itself, the sculpture is fabricated in a traditional manner that involves a good deal of hand work, from mixing the molten glass to forging it into shape and finally the surface finishing. 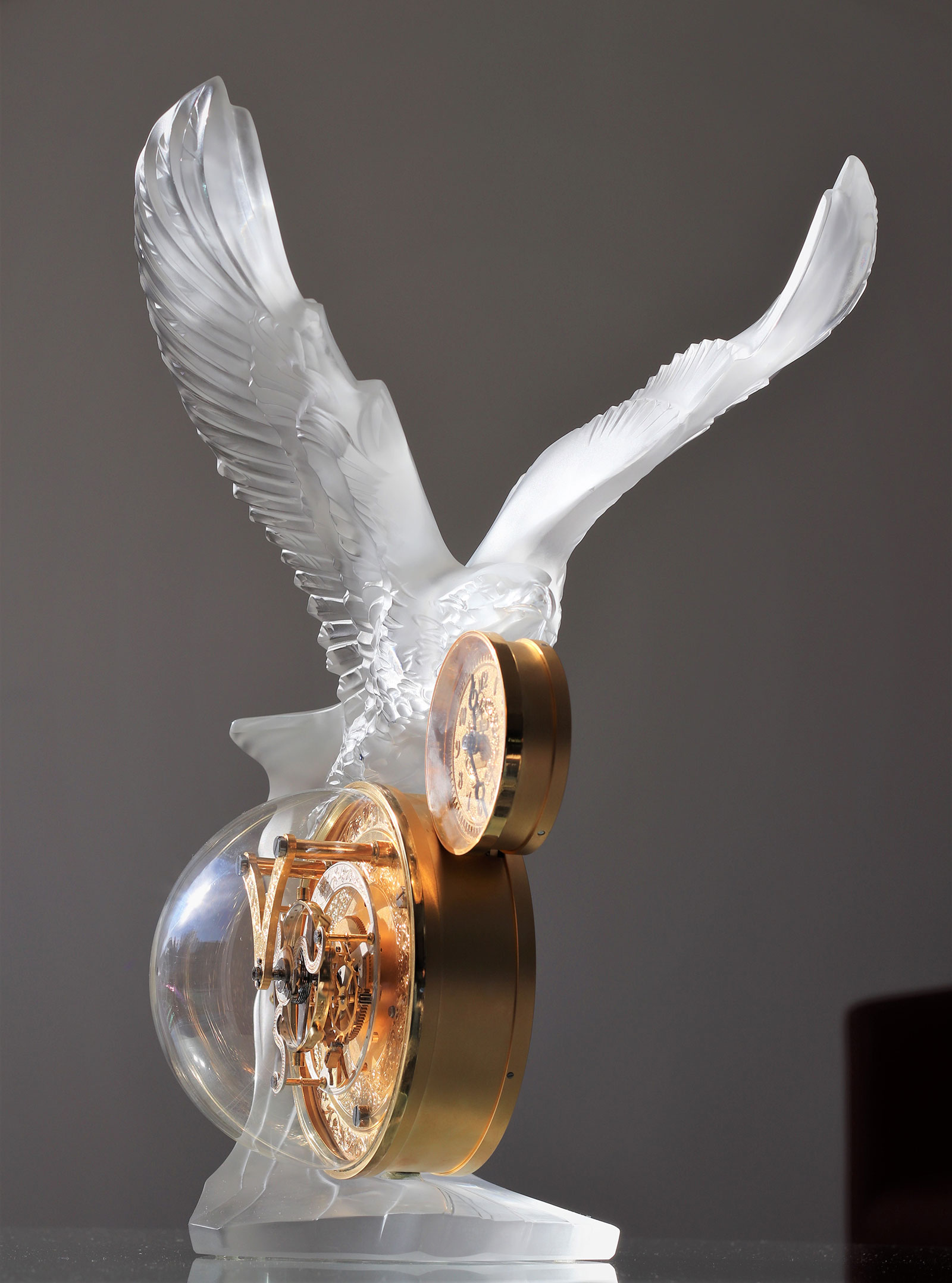 The eagle is lightly frosted on the surface, giving it more dynamic light reflectivity that resembles ice

While the crystal eagle is crucial to the sculptural look, horology enthusiasts may find the tourbillon the star attraction. It’s been constructed to separate the tourbillon from the dial, while enlarging the tourbillon. Impressively three-dimensional with its large cage and tall bridges, the tourbillon sits under its own highly domed crystal to showcase the mechanics. 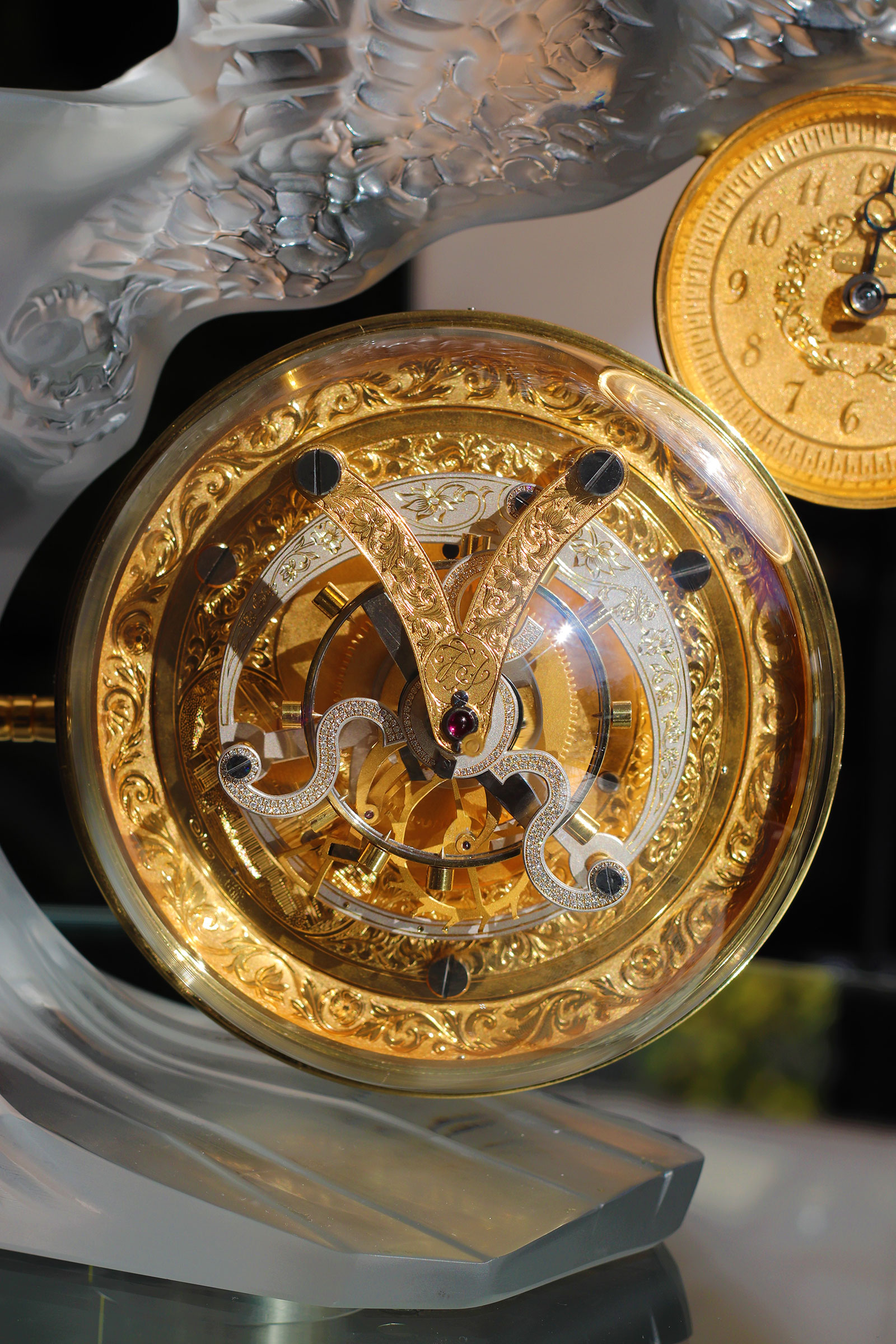 To maximise the visual impact, the cage is set with brilliant-cut diamonds 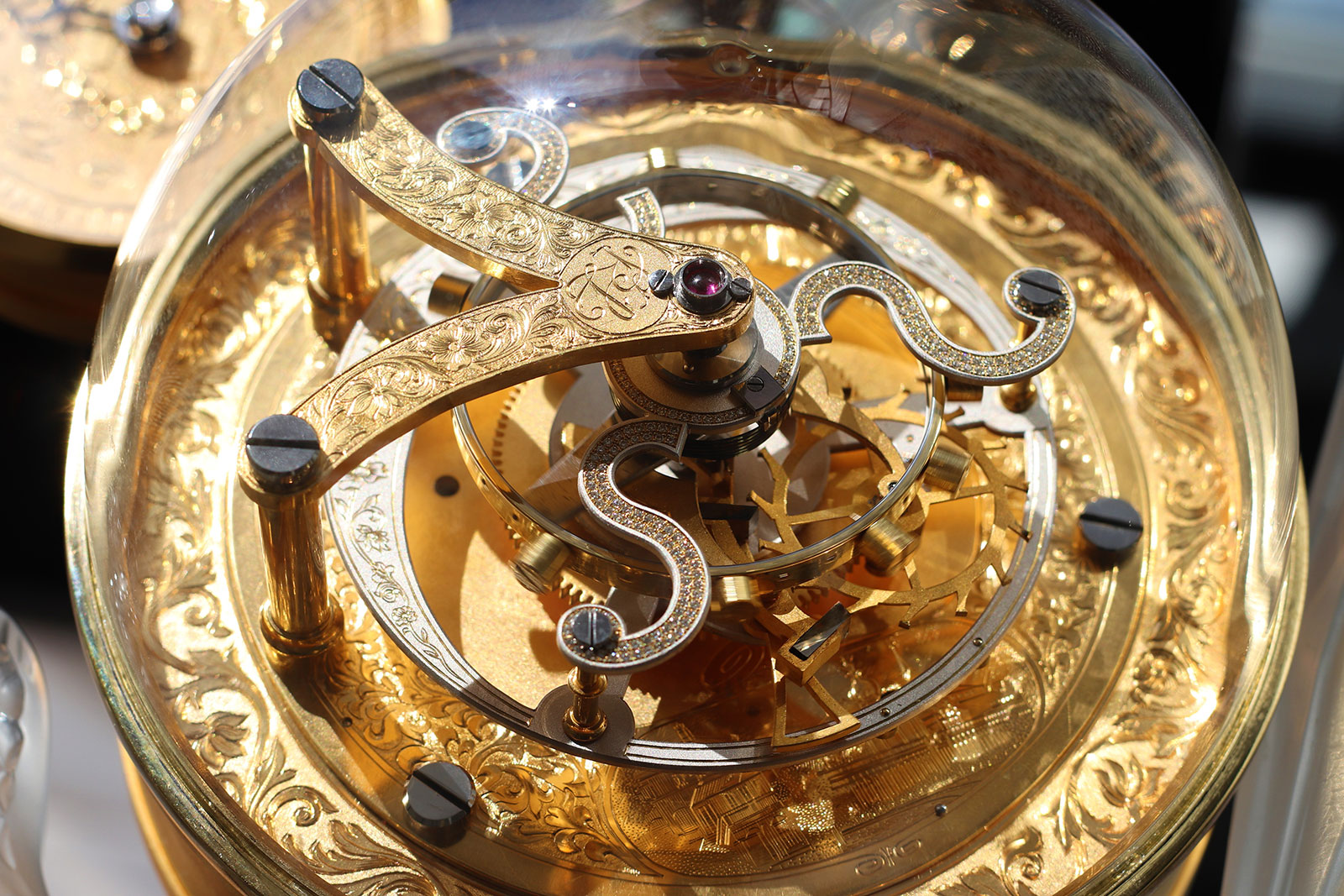 The bridge for the tourbillon is entirely engraved and includes a depiction of Dresden, Mr Lang’s hometown

The movement is entirely gilded and engraved in the style of 19th century pocket watches. The relief engraving on the matte, frosted bridges is especially attractive, though the engraved motif isn’t as dense or intricate as one might find on a pocket watch, perhaps due to the scale. 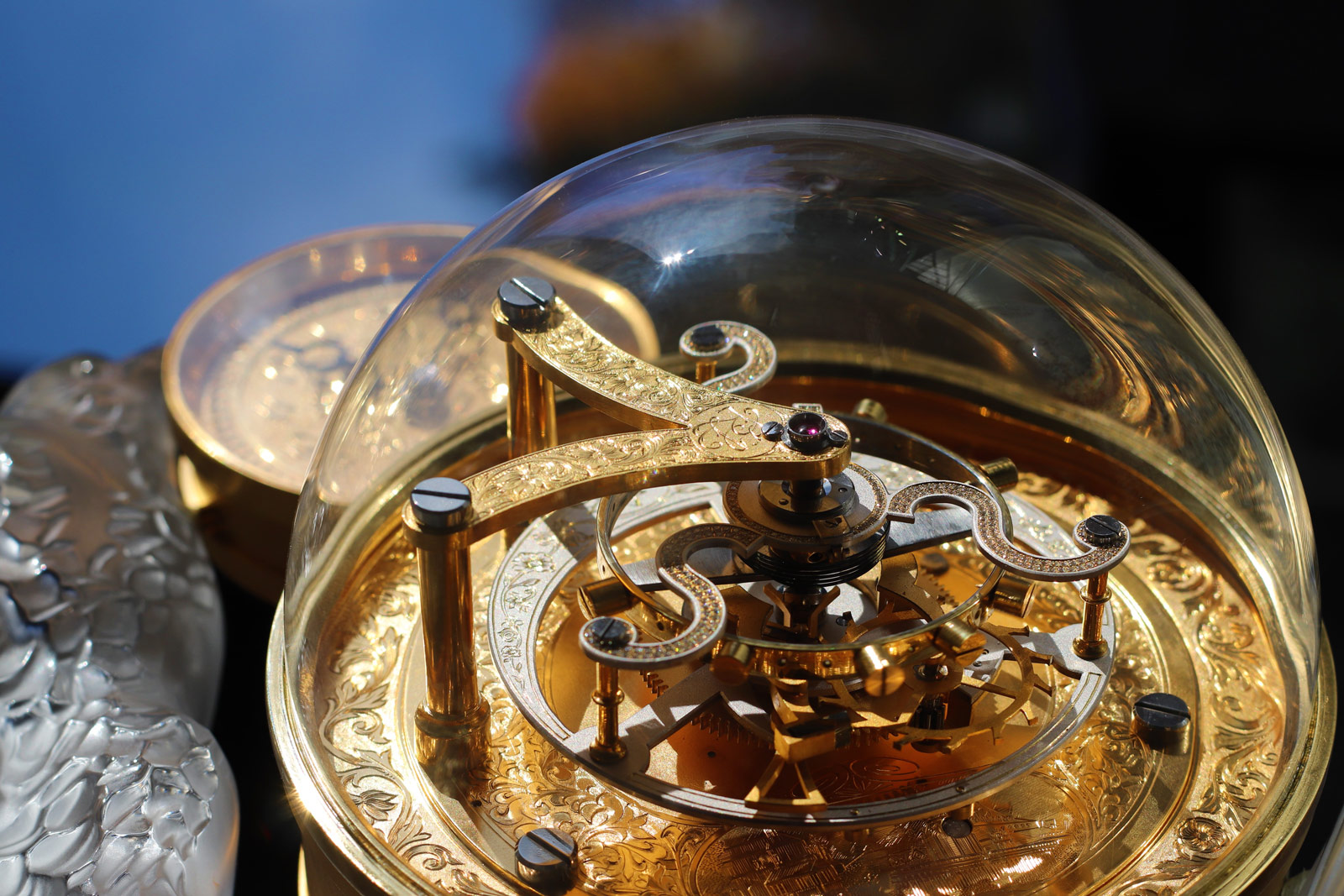 That said, the engraving is varied in its complexity across the components, with the scale of the engraving matched to the size of the component. The tourbillon bridge, for instance, sports the most delicate pattern. As a result, although the decoration is heavy and ornate, it remains balanced and appealing. 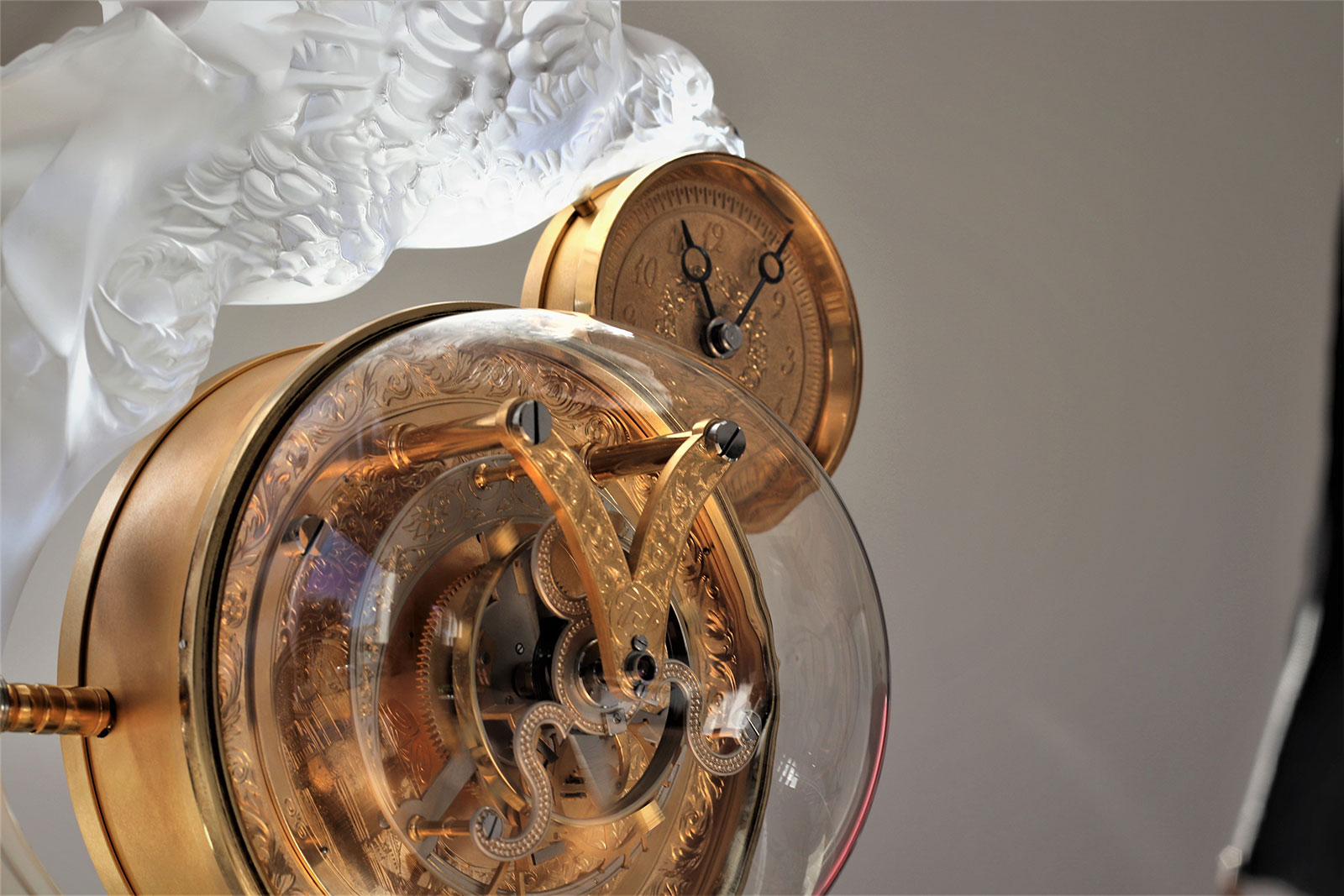 Almost an afterthought, the dial for the dial continues the decorative theme with a frosted finish and engraving around its centre

A marine chronometer housed in an exquisite nest-egg made of gold.