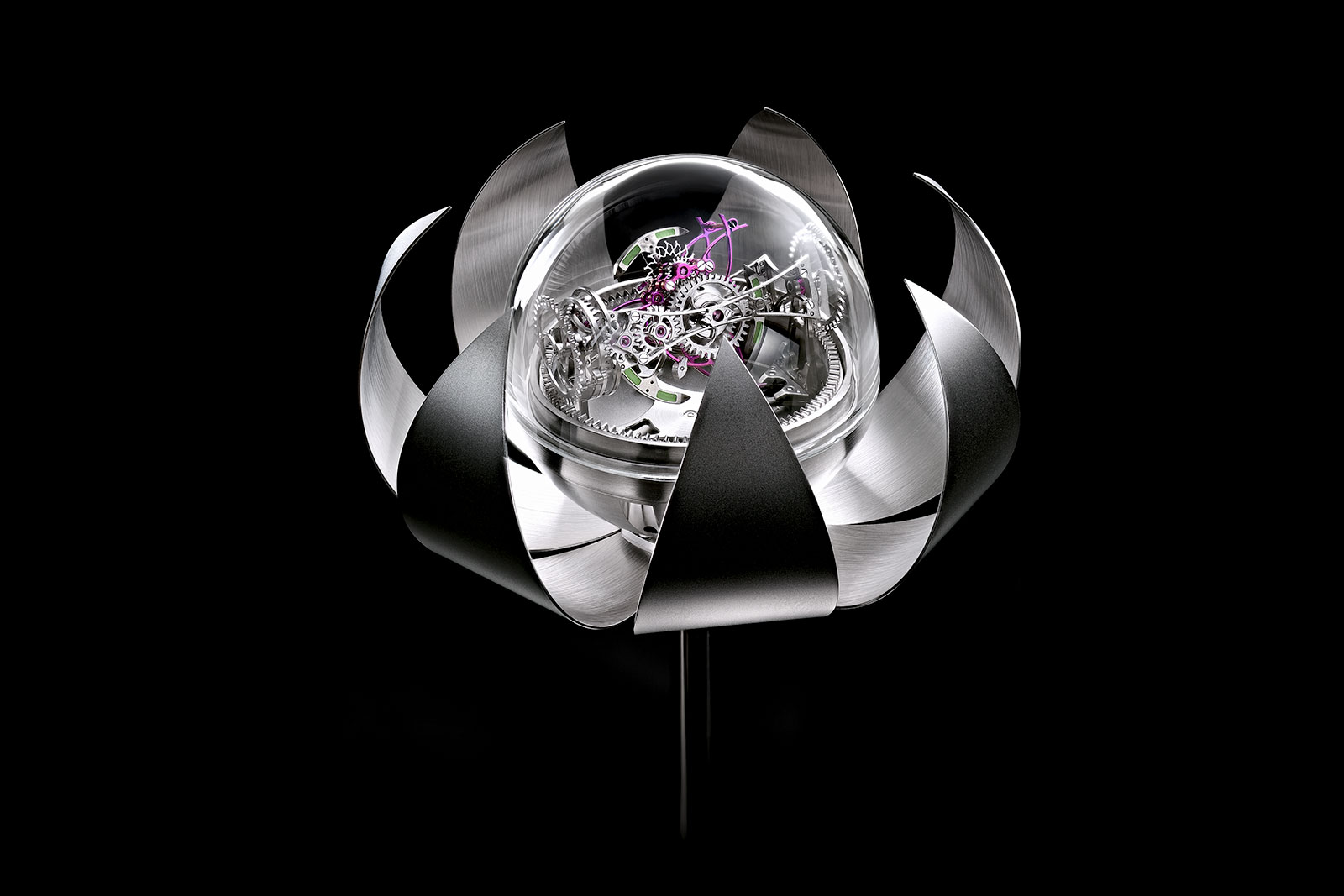 Russian clockmaker Anton Suhanov has just unveiled his next table clock, one that is even more monumental than his preceding creation, last year’s Alexandria lighthouse-inspired Pharos.

Standing on a long, thin stem, the Lotus is a flower-like clock with a triple-axis tourbillon within a sphere enclosed by metallic petals. Running for 14 days when fully wound, the clock is also an automaton – the petals open and close slowly in a 12-hour cycle, much like a real flower.

A feat like this inevitably costs a substantial amount of money – €45,000 in this case – but it is worth every euro, because the clock is incredible, and there is nothing else like it. 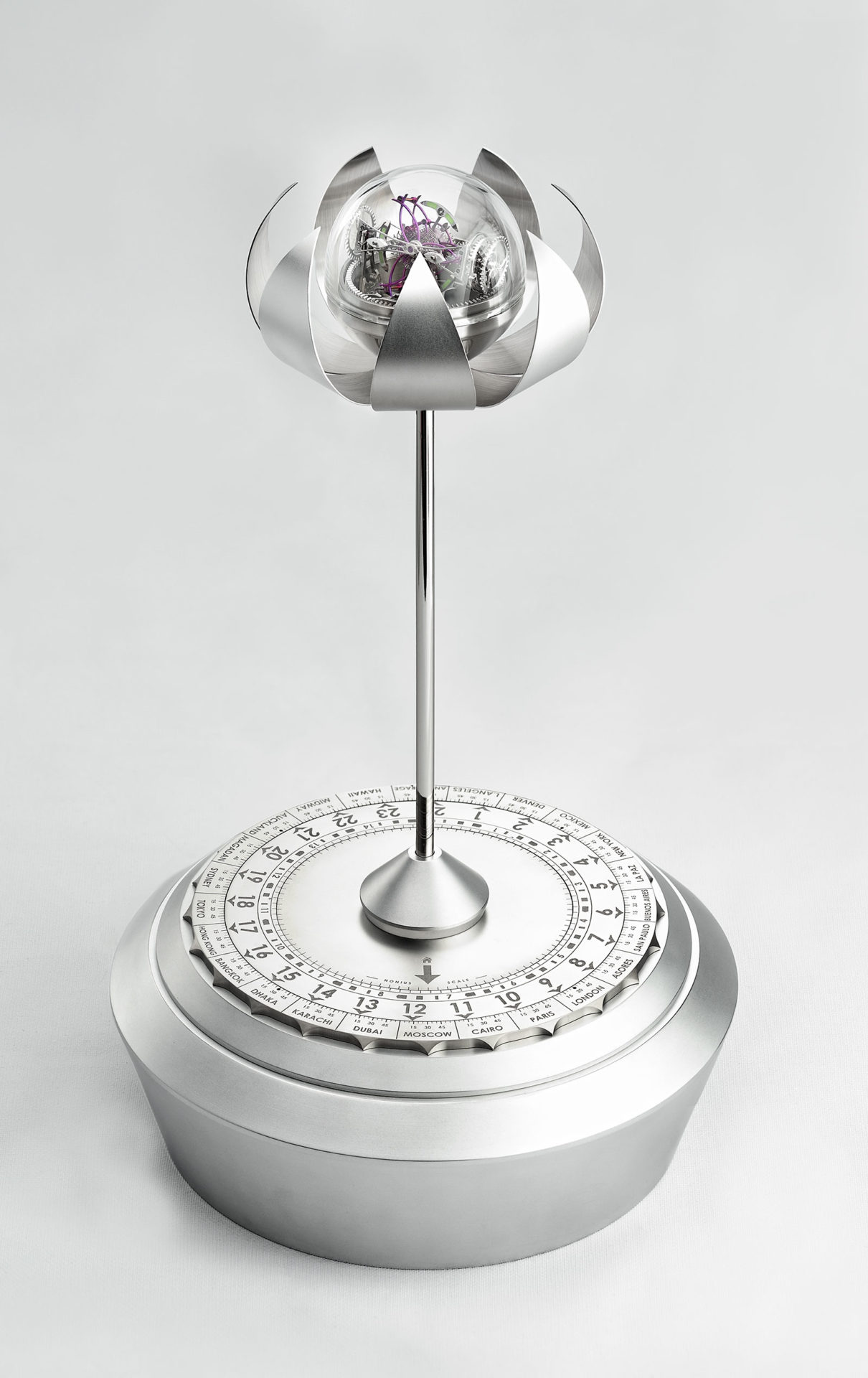 Mr Suhanov makes almost the entire clock himself in his workshop – and there is a lot of clock. Beyond the obvious features, namely the world time within the base and the intricate yet organic triple-axis tourbillon at the top, the mechanism of the clock is ingenious and intriguing. Like the mystery clocks Maurice Couet invented for Cartier, the tourbillon is driven by a long, narrow pinion, one so long it runs all the way up the stem.

Beyond the mechanics, the clocks is also impressive for its design, which manages to blend organic forms and colours with vast expanses of metal, resulting in an appealing, sci-fi aesthetic.

The central feature of the clock is within seven petals made of rhodium-plated brass, which function as a day and night indicator. Fully open at midday, the petals slowly close over the next 12 hours, becoming closed once again at midnight before starting the cycle again.

The time is indicated by two rotating discs on the base, one for the hours and the other for the minutes, while a cities ring on the circumference of the base can be adjusted manually to set the world time indicator. 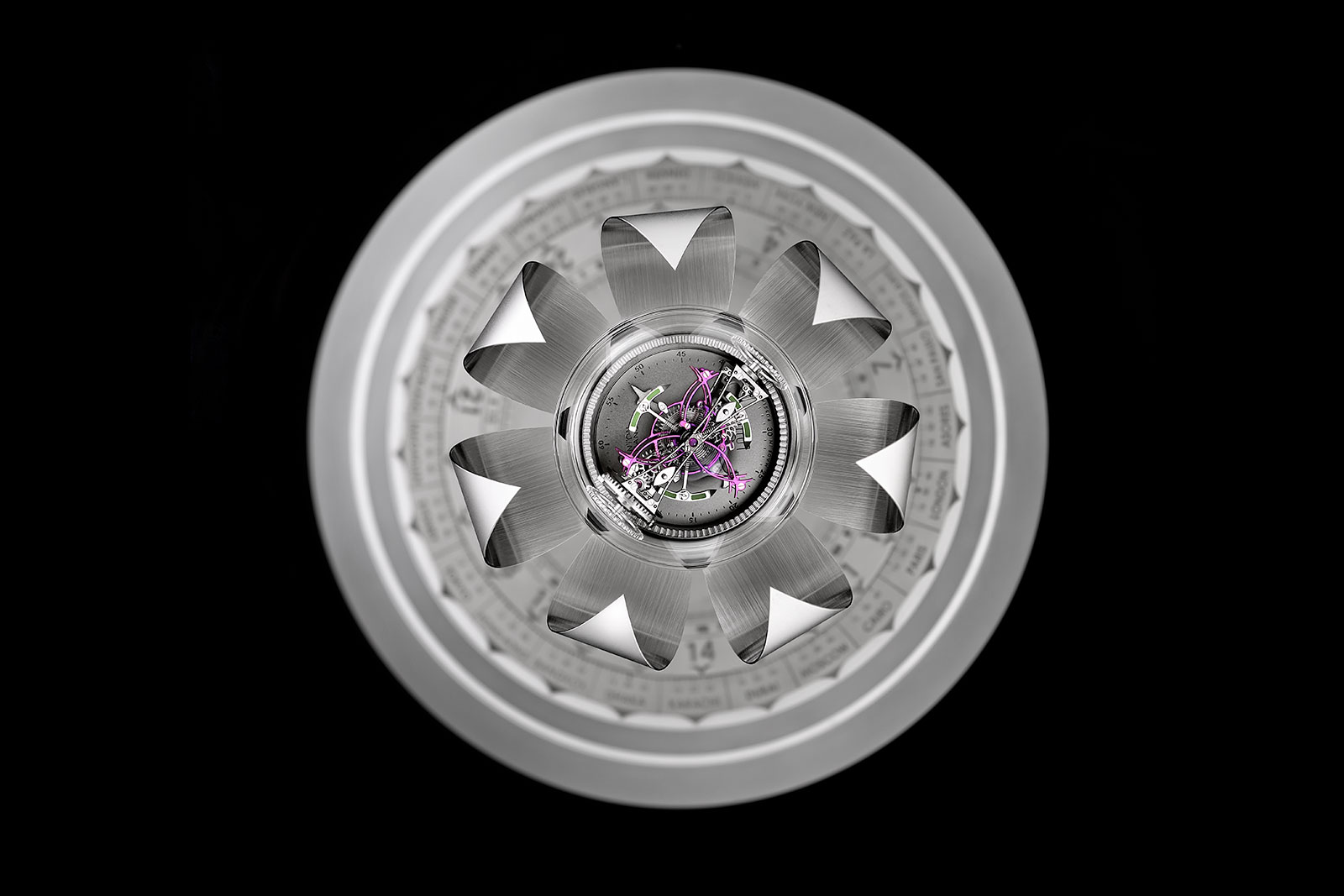 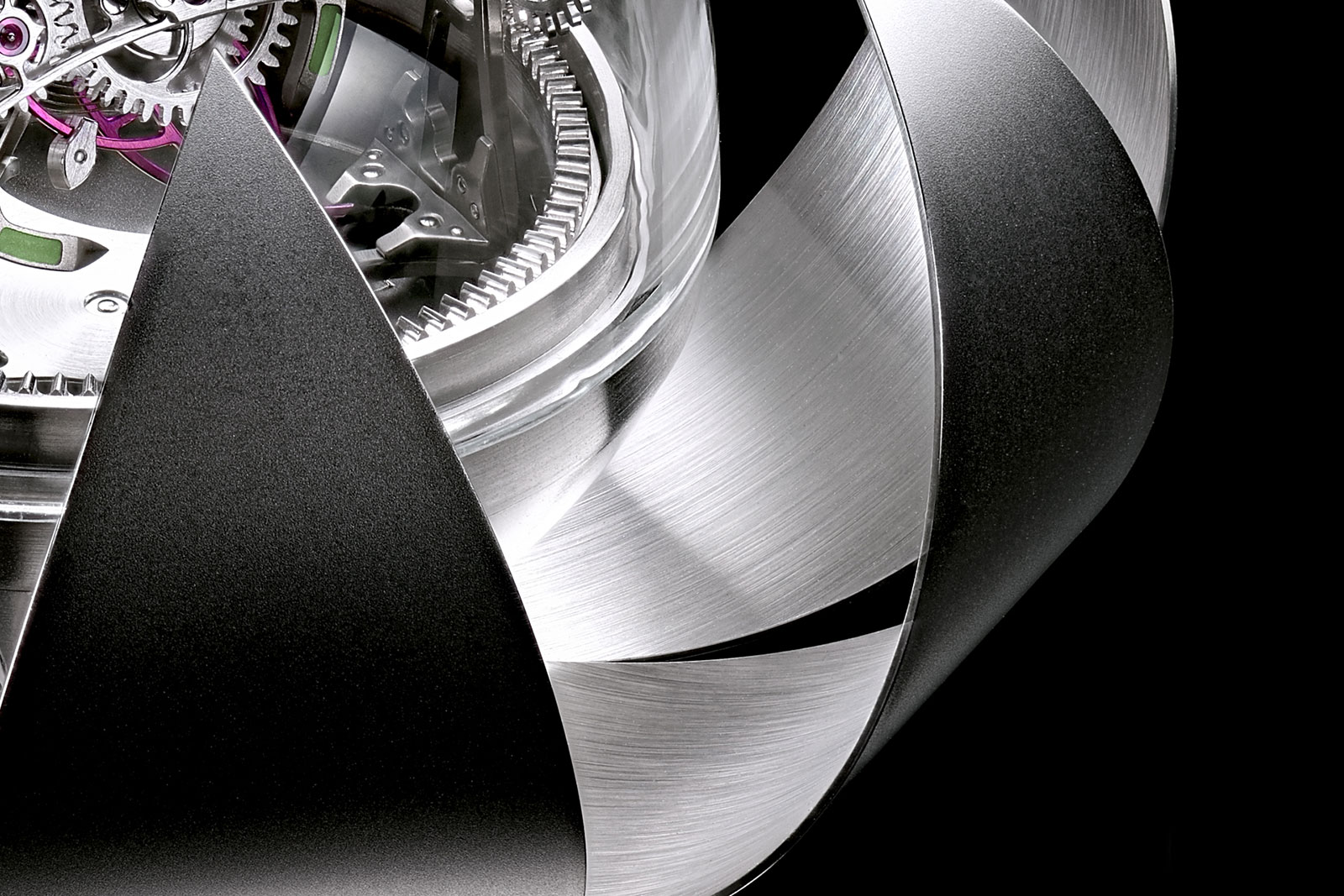 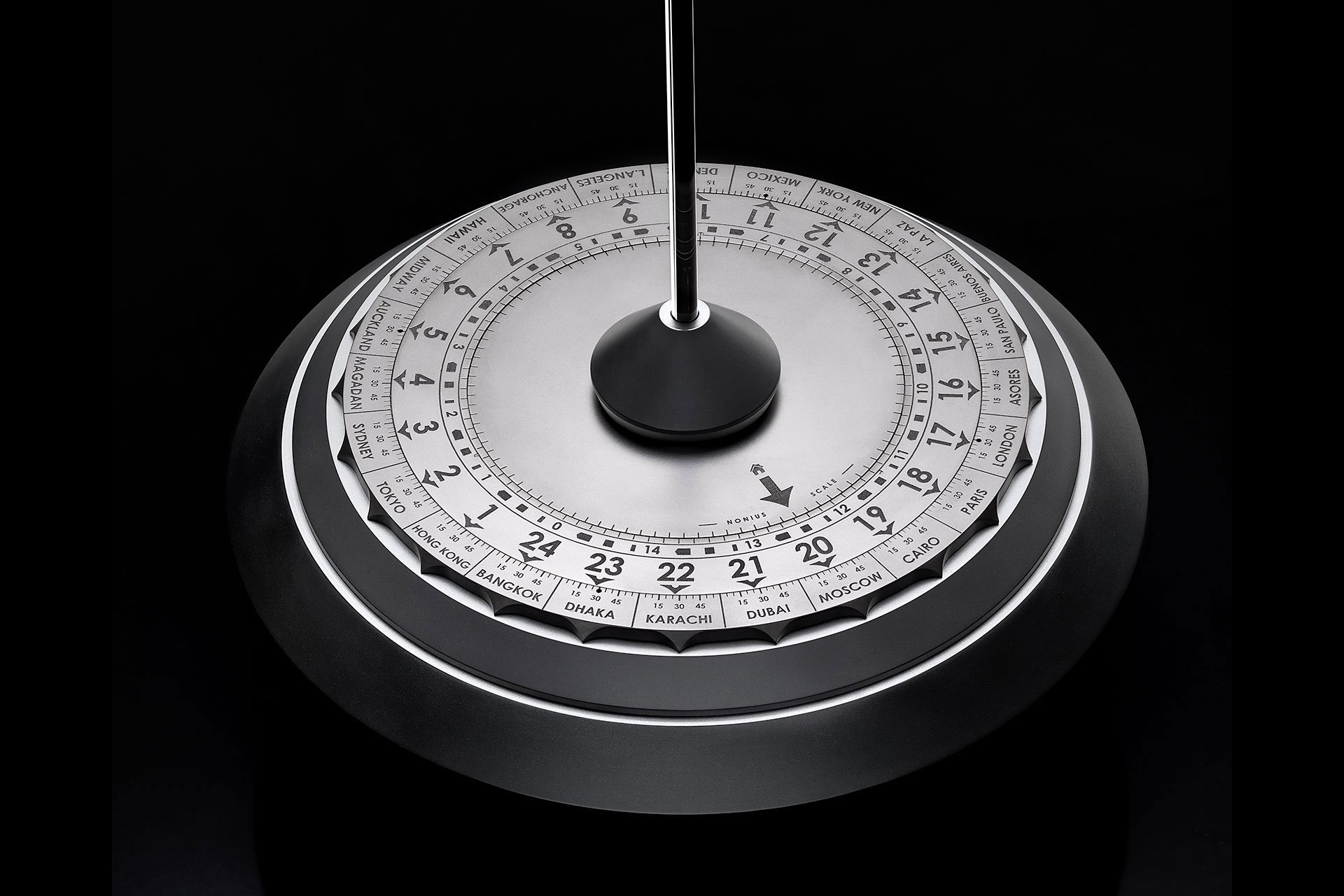 Inside the petals sit a large glass sphere containing the triple-axis tourbillon made up of three cages. Made of purple anodised titanium, the innermost cage makes one revolution every 18 seconds, the middle cage does the same in 21 seconds, and the outmost cage has a one-minute period. 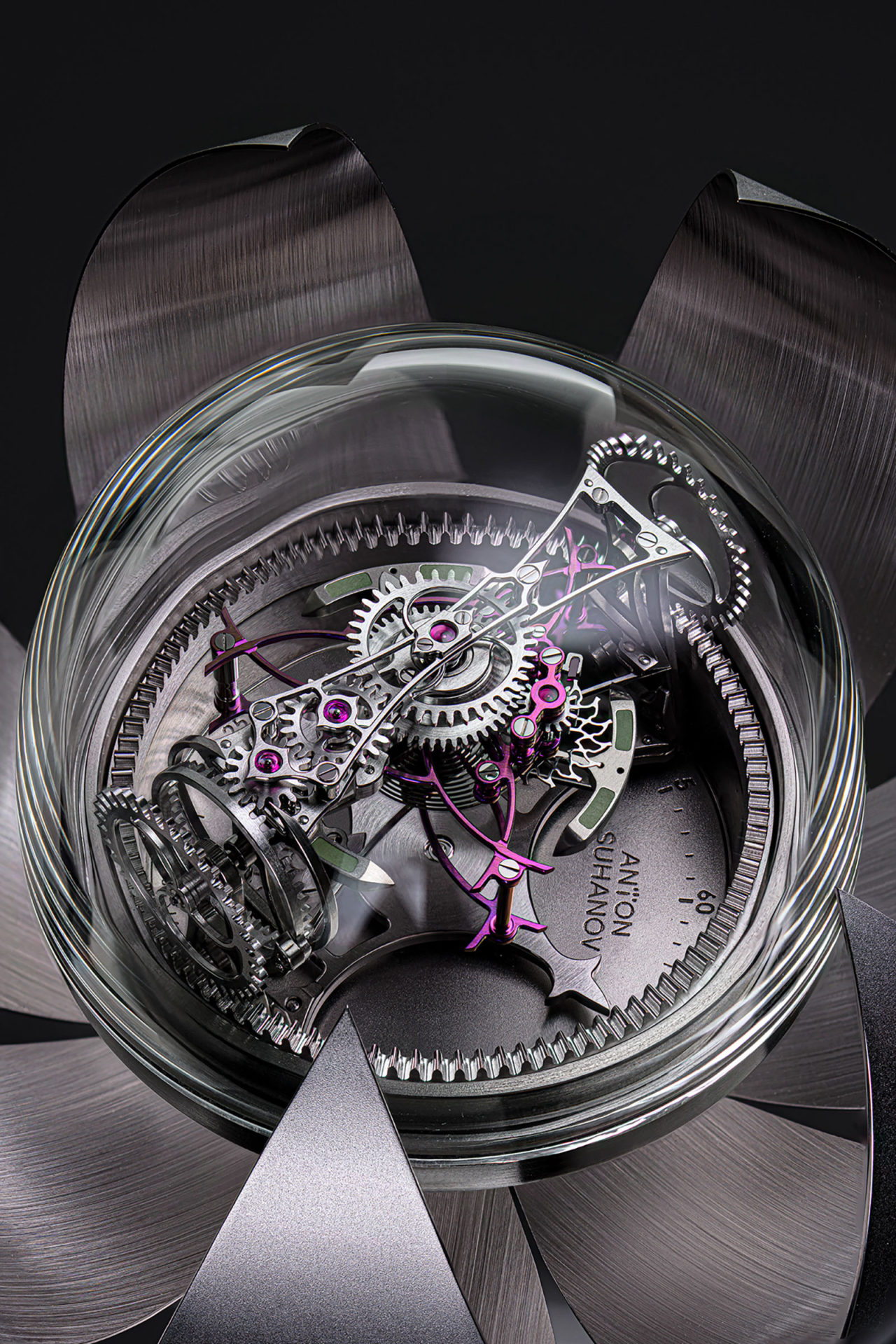 The balance wheel is a three-armed construction of Mr Suhanov’s own design that’s fitted with adjustable weights for regulation, and inlaid with inserts of glow-in-the-dark Super-Luminova, allowing its motion to be observed in the dark. 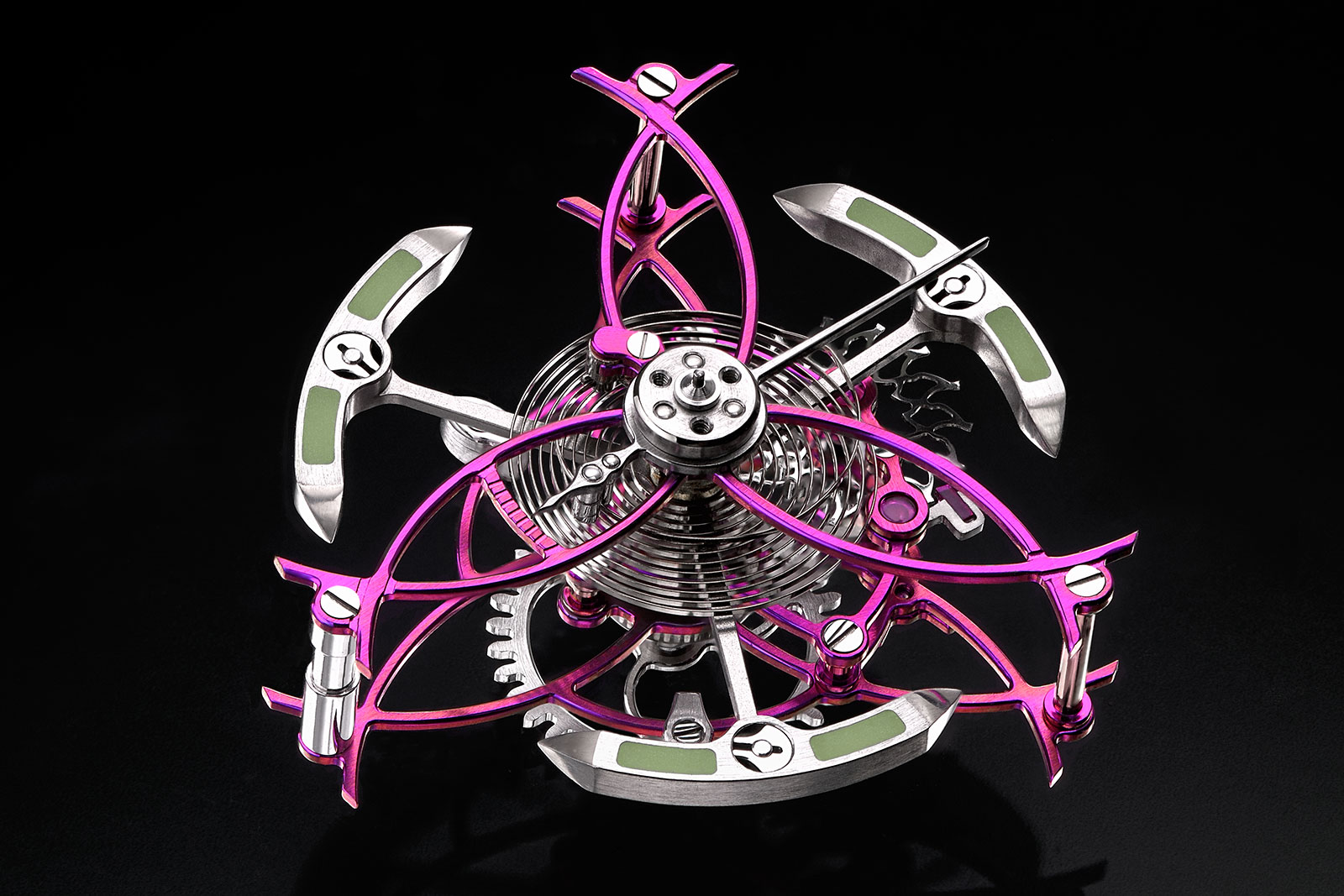 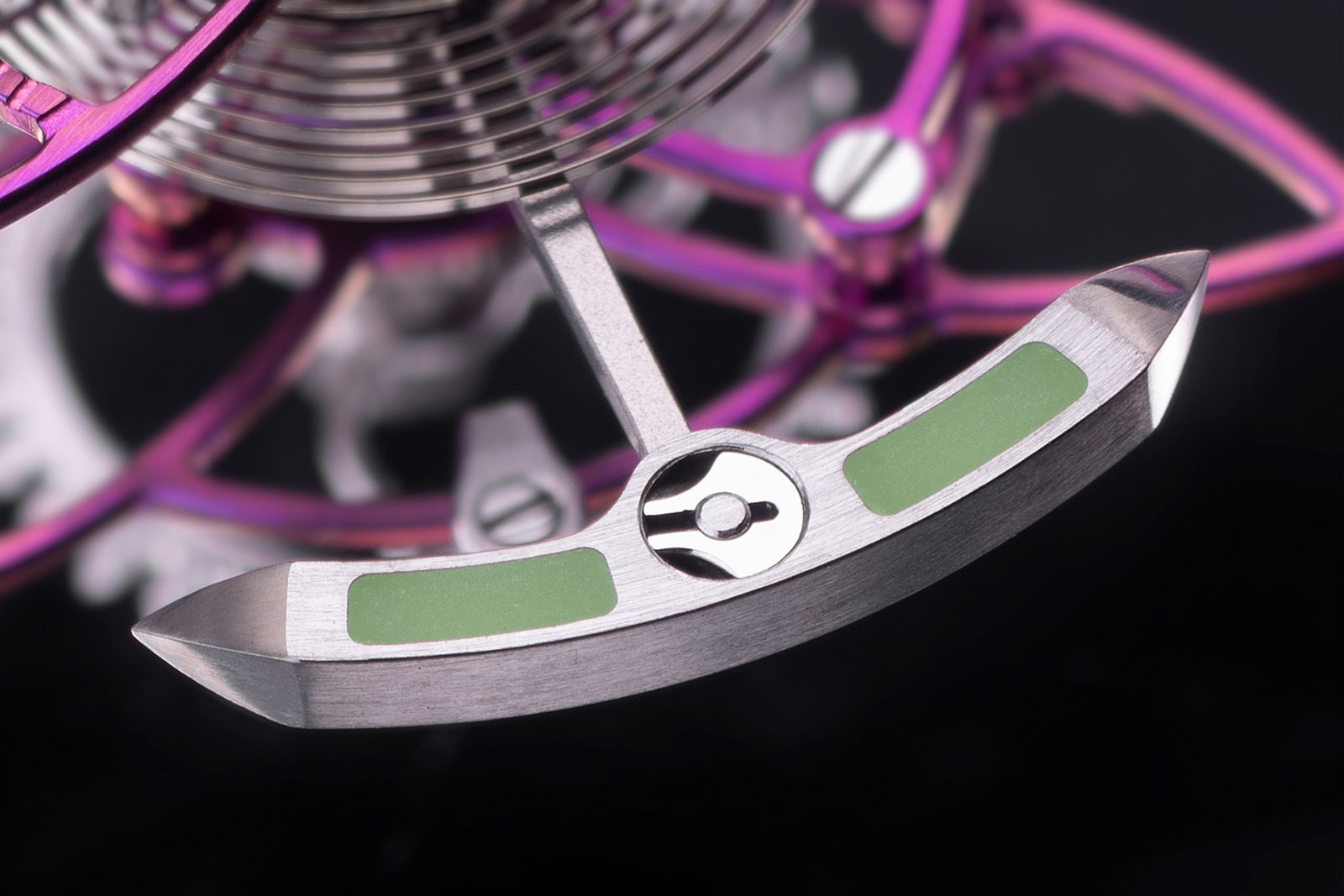 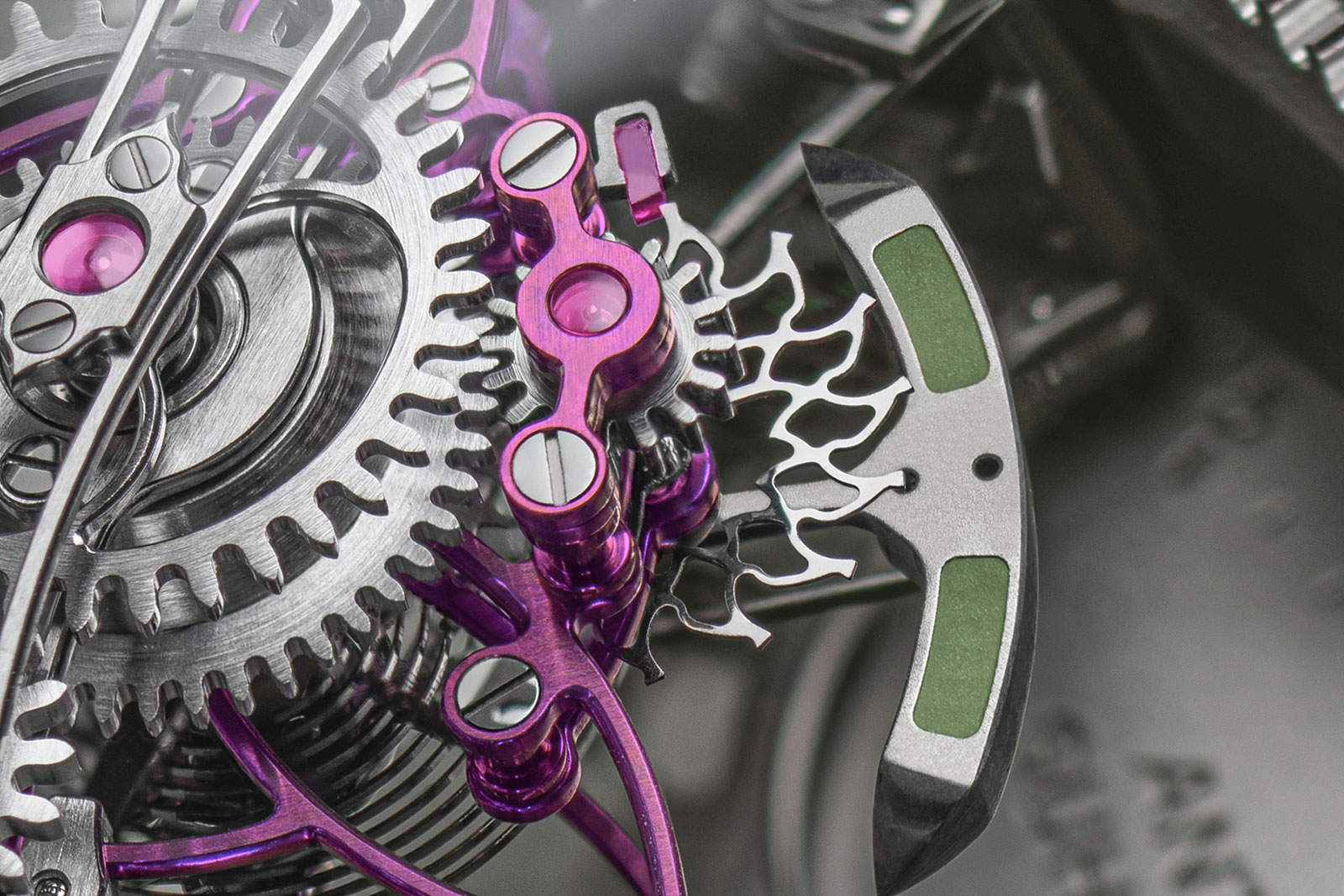 In contrast to wristwatch movements where such parts are fabricated with lithography techniques due to the small scale, the skeletonised escape wheel is made via milling

Weighing 4.5 kg, or about 10 lb, the clock stands 29 mm high, which is about 11.5″. It is wound and set via a key that goes into a socket within the base of the clock, which contains its very large mainspring. As such, the Lotus is delivered with a custom made stand that allows for access to the sockets without having to move the clock. 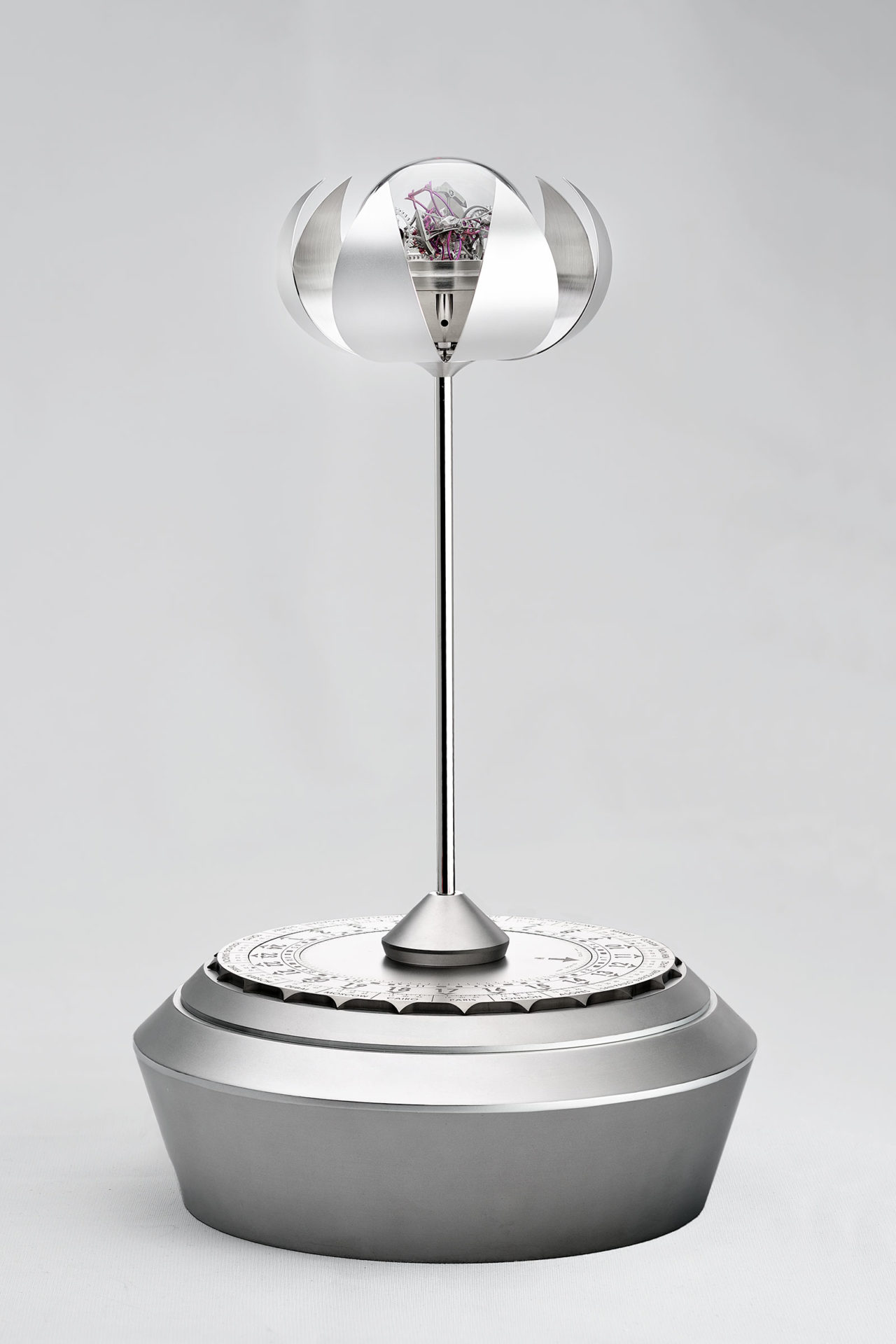 A desktop wonder of the ancient world.