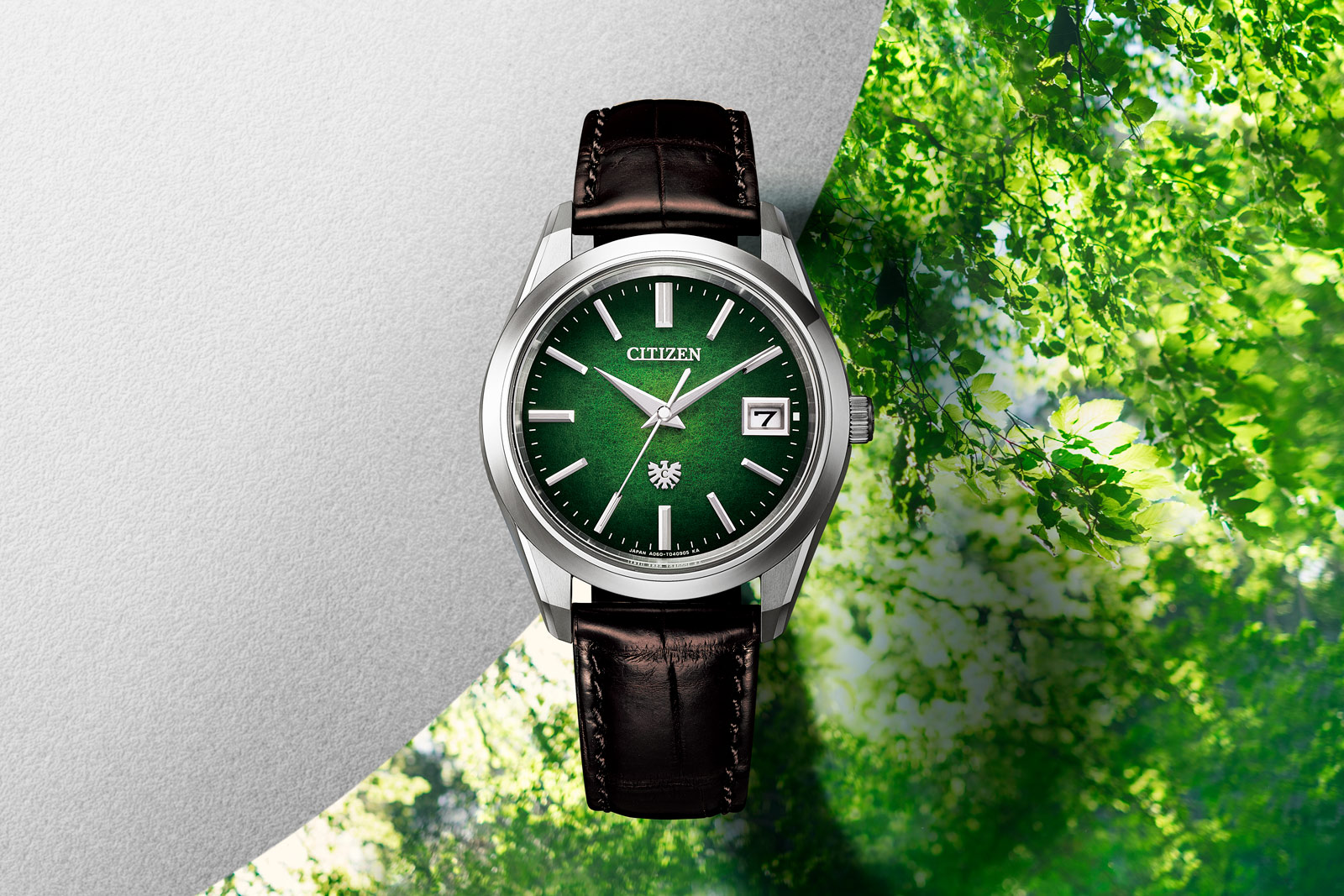 Long available only to the Japanese domestic market, Citizen’s top-of-the-line quartz watches have been slowly making their way into foreign countries in recent years (although last year’s high-end mechanical Caliber 0200 was launched internationally).

The latest high-end quartz model, however, is being launched globally. The Citizen Iconic Nature Collection is a quartet of lightweight titanium watches featuring dials made of traditional, translucent Japanese paper dyed in vivid, natural colours. But the mechanics are cutting edge in contrast – a solar-powered quartz movement accurate to within five seconds a year. 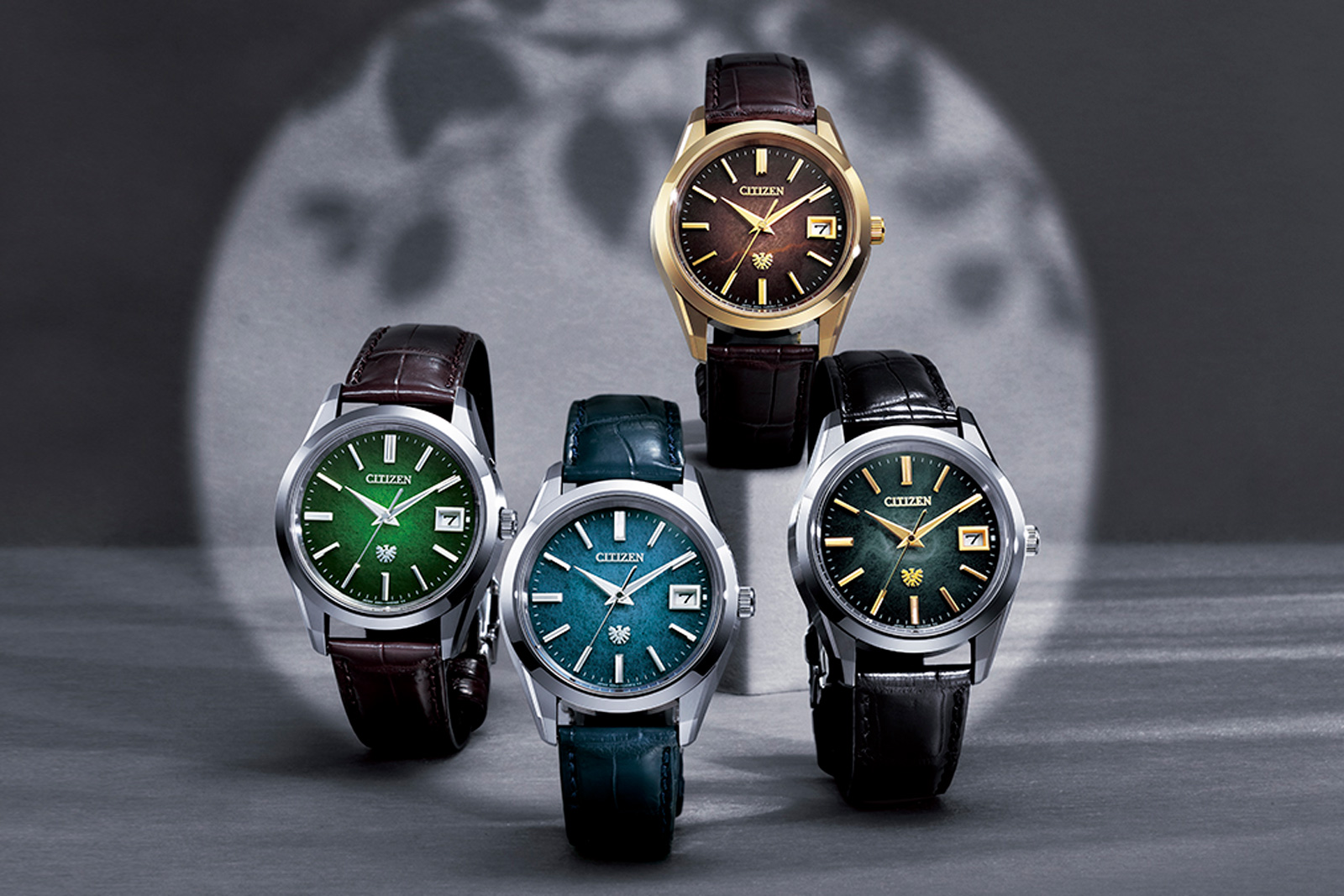 Citizen’s ultra-accurate quartz watches are largely unknown outside of Japan, but that is gradually changing with the global rollout of new models, which are crucially dressed in eye-catching colours instead of the muted dials historically found on these watches. Citizen has used washi for dials on The Citizen before, but usually in a low-key white.

The solar-powered A060 inside the Iconic Nature is accurate to +/- 5 seconds per year, while the Grand Seiko 9F movement is rated to +/- 10 seconds per year. And the practicality of the A060 is boosted by a perpetual calendar as well as an “on-demand” power reserve indicator. 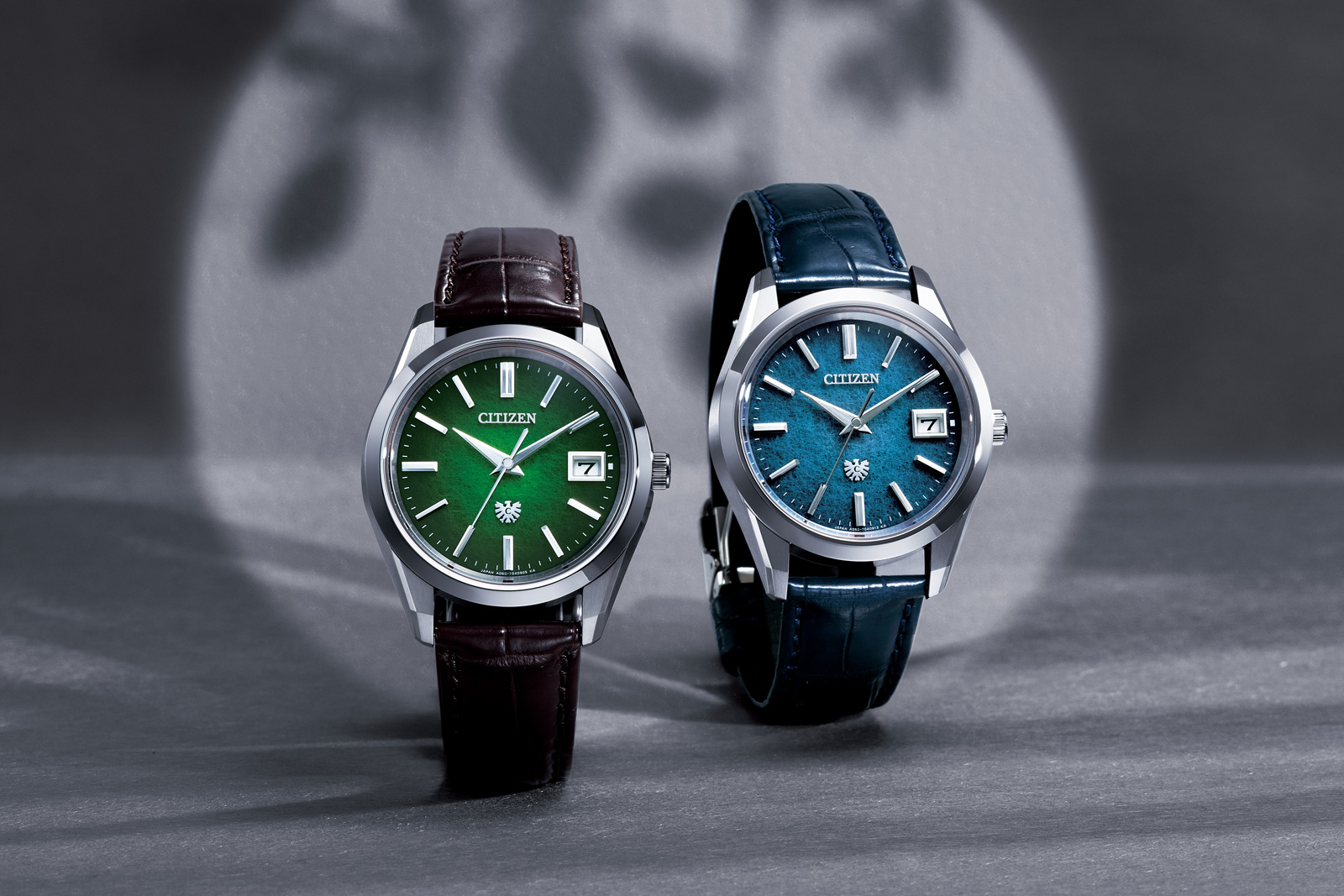 The price tag of US$3,500 is might seem high for anyone unfamiliar with high-end quartz watches, but it is entirely reasonable for the excellent quality.

Similarly priced mechanical watches will be equipped with basic movements that are decades-old and usually having a simpler case and dial finish. The Citizen, in contrast, boasts one of the world’s most advanced analogue quartz movements, as well as excellent external fit and finish.

Like most high-end quartz watches from the brand, the Iconic Nature has a case made of Citizen’s proprietary Super Titanium. The alloy undergoes a surface-hardening process known as Duratect, leaving it five times more scratch resistant than a typical steel case. The surface hardness not only gives the case an appealing gleam but also preserves the beautiful finishing found on the multiple facets on the case. 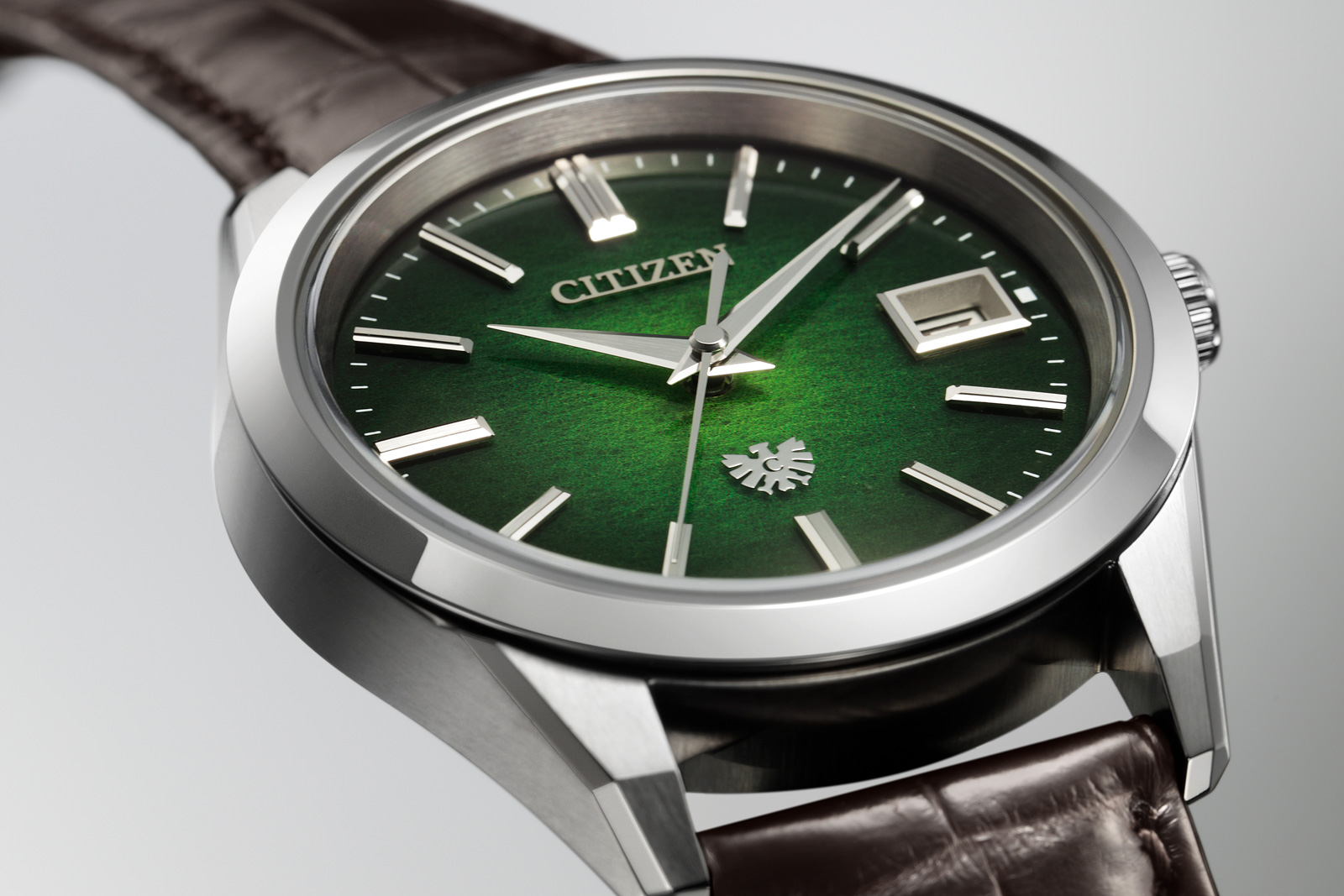 Similarly executed to a high level is the dial, which is a two-piece construction. The top plate is a transparent disc that holds the applied logo and markers, while the bottom later is Washi, the traditional material used for sliding doors and lanterns in Japan because of its light diffusing quality.

The distinct texture of Washi makes for an intricate surface, but one that is entirely functional: the translucent paper allows light to pass through and reach the solar panels beneath that charge the battery. 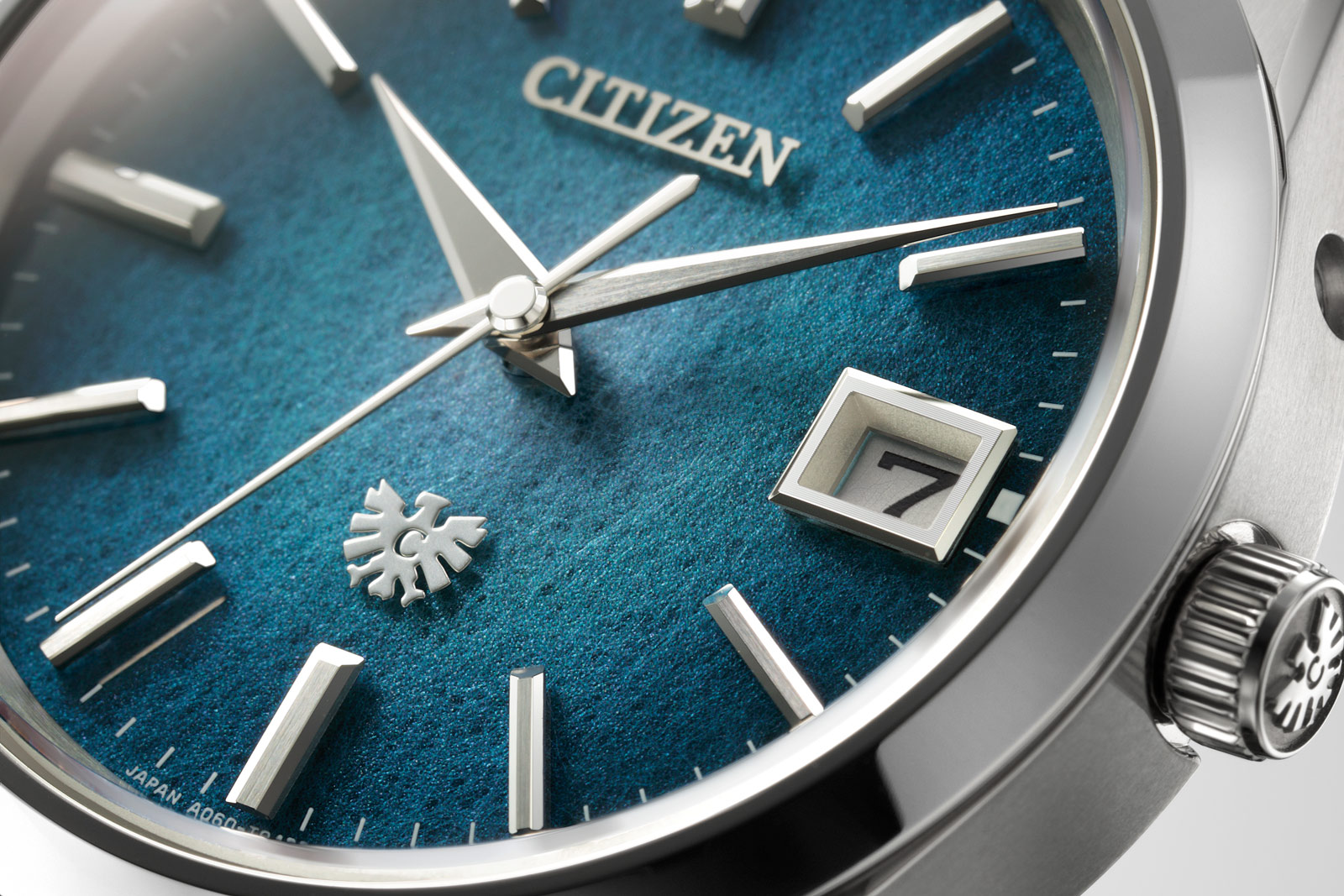 But the star is the A060, a high-accuracy quartz movement introduced in 2015. Its prescribed accuracy of +/-5 seconds per year is thanks to several features. One is the six-month ageing of the quartz crystal, which is then paired with an integrated circuit specifically programmed with an algorithm that measures ambient temperature fluctuations once every minute and then compensates for the oscillator’s frequency changes resulting from the fluctuations.

In addition to its impressive accuracy, the A060 has been kitted out with several practical functions. The hour hand, for example, can be independently adjusted without stopping the movement, preserving the current time synchronisation. And more importantly, the date display has been electronically programmed to be a perpetual calendar, eliminating the hassle of adjusting it at the end of each month.

The A060 also has an on-demand power reserve indicator that is otherwise hidden: the recessed button above crown temporarily engages the second hand to serve as an indicator of the battery charge. Three o’clock indicates a full charge while an empty battery will see the seconds pointing to one. 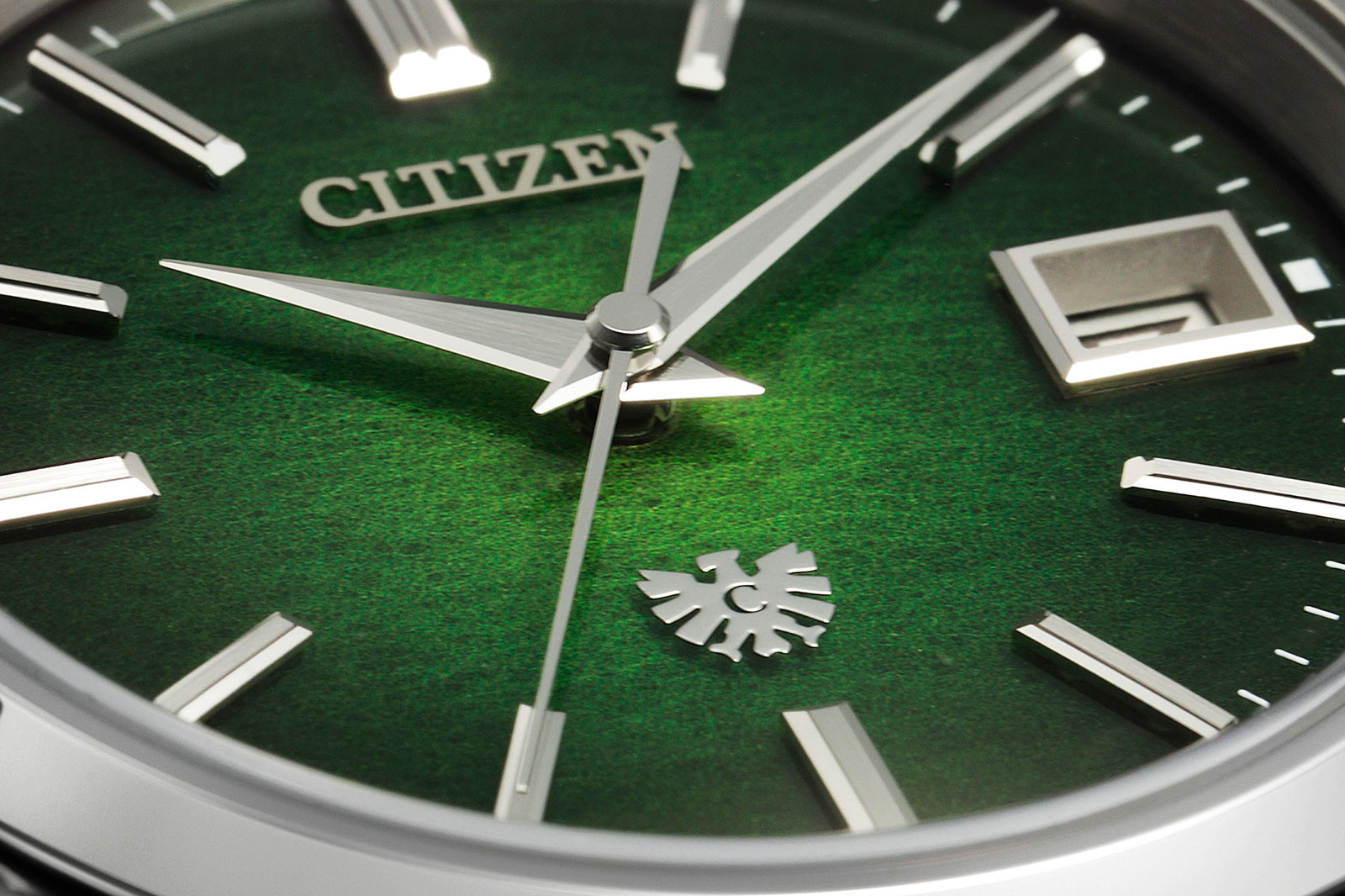 Because the A060 is an Eco-Drive movement – the brand’s term for solar-powered calibres – it forgoes the need for periodic battery replacement as the the solar panels under the dial constantly charge the battery as long as they are exposed to light.