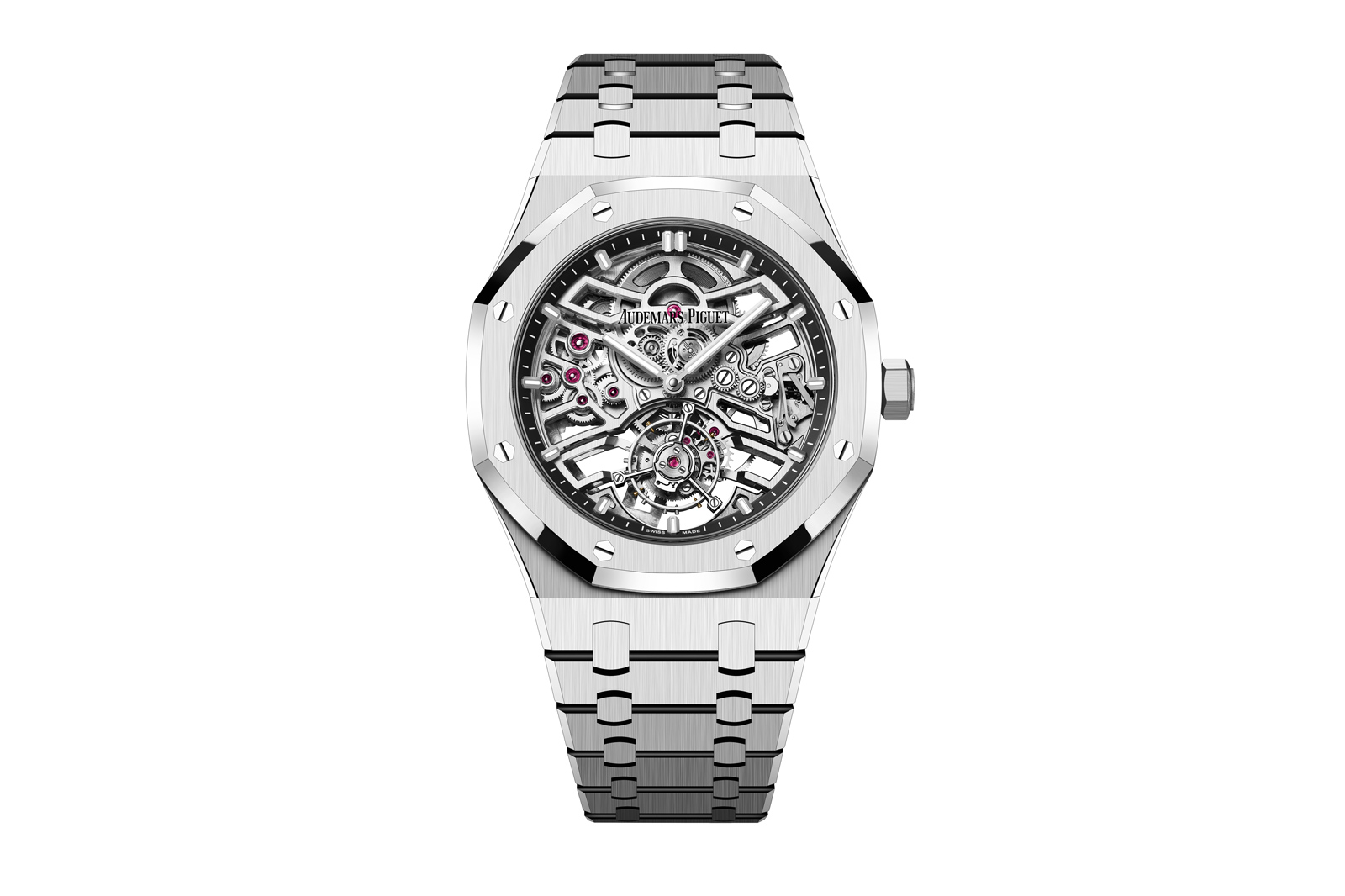 Implemented in models across Audemars Piguet’s catalogue, the tourbillon has been found in the Royal Oak since 1997, though it’s only recently that the model got a major upgrade with the automatic flying tourbillon introduced last year.

Audemars Piguet has now taken the covers off its skeletonised sibling, the Royal Oak Selfwinding Flying Tourbillon Openworked (ref. 26735). The new model is equipped with the brand-new cal. 2792, an automatic movement that’s modern in both aesthetics and construction, with thoughtful details that are typical of Audemars Piguet’s approach to movement construction. 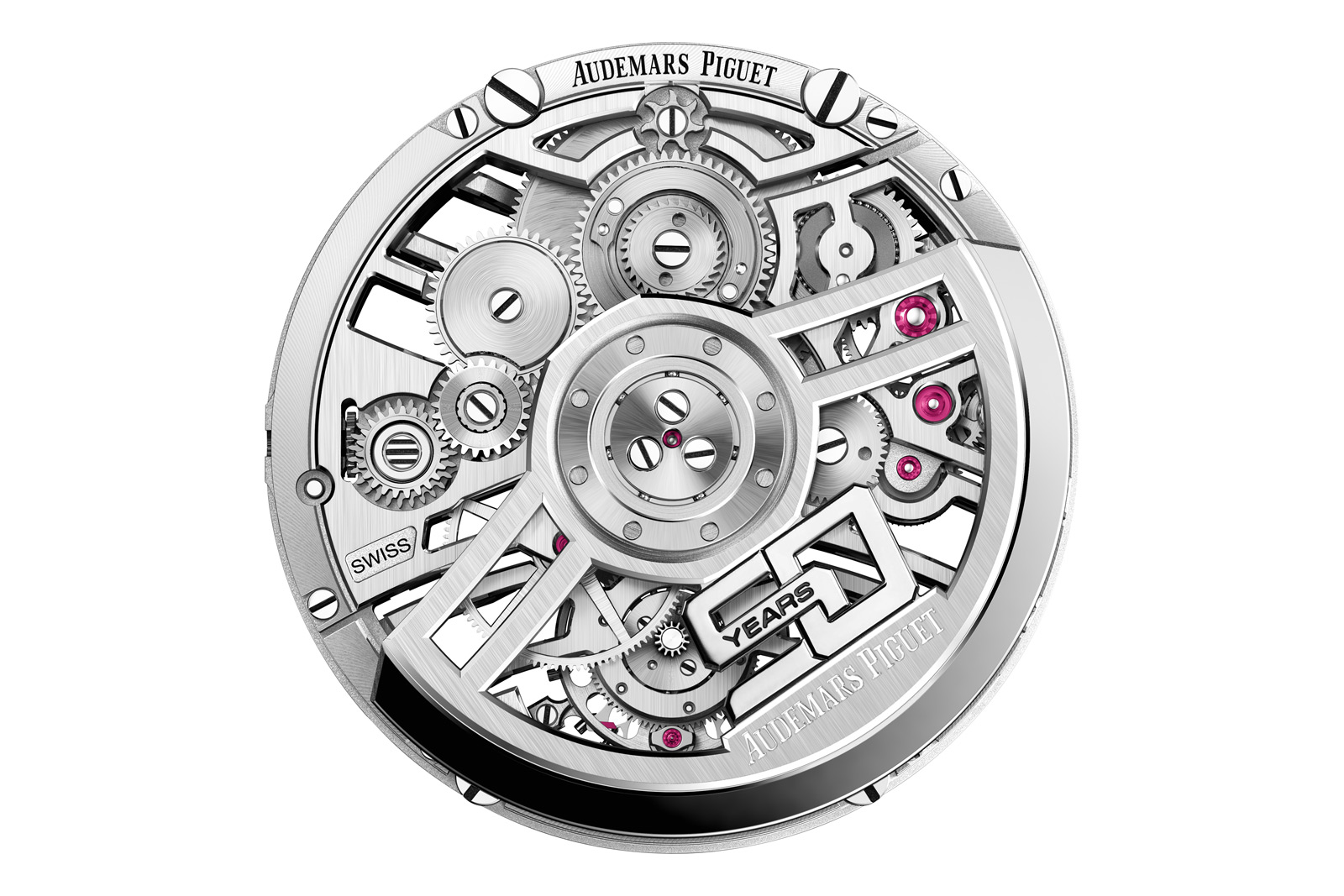 The cal. 2792 with the Royal Oak 50th anniversary rotor that’ll be available only during 2022

But the movement is more than just a styling exercise. It incorporates several details that are cleverly engineered, which speaks to the watchmaker’s effort in making timepieces that are rooted in contemporary watchmaking concepts.

Even though skeletonised watches are neither new nor rare, the exposed mechanics are still intriguing, allowing geeks to connect the dots between the visible parts on the front and back. And as is typical of AP skeleton movements, the cal. 2972 is finished in a manner that is very much modern haute horlogerie – mirror polished anglage and countersinks contrasting against straight-grained bridges, creating a monochromatic appearance. 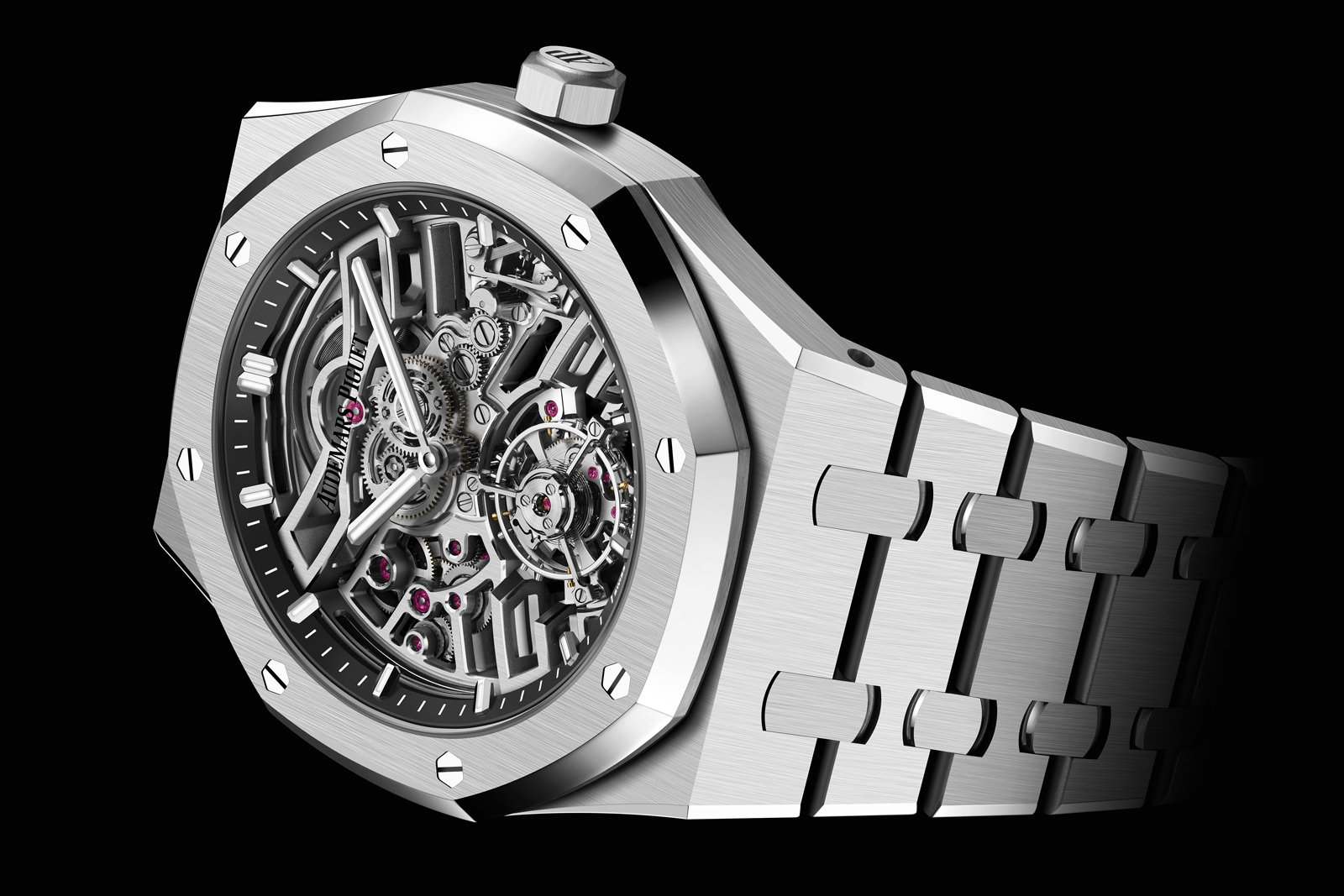 Personally I find the layout of the cal. 2972 perhaps too intricate, with its many sharp-cornered bridges and single tone creating a repetitive and complex look.  A comparison with the recent “Jumbo” Openworked is inevitable. That has a more streamlined architecture, and slightly better finishing going by the stock images, despite its simpler mechanics (or perhaps because of it).

That said, the watch does well in preserving the proportions of the classic Royal Oak, being 41 mm wide and 10.6 mm tall, which is thin given the complexity and three-dimensionality of the movement.

Inside the Tourbillon Openworked is a new movement, the cal. 2972 that’s based on the cal. 2950 found in the non-skeletonised version of the watch. Both movements shares the same architecture, but the former has been open-worked as well as modified in several aspects.

The fact that the movement looks coherently stylish after being open-worked suggests that the two movements were developed simultaneously with skeletonisation in mind from the get-go, as it was with the cal. 7121 and cal. 7124 inside the Jumbo “Extra Thin” and its skeletonised sibling. 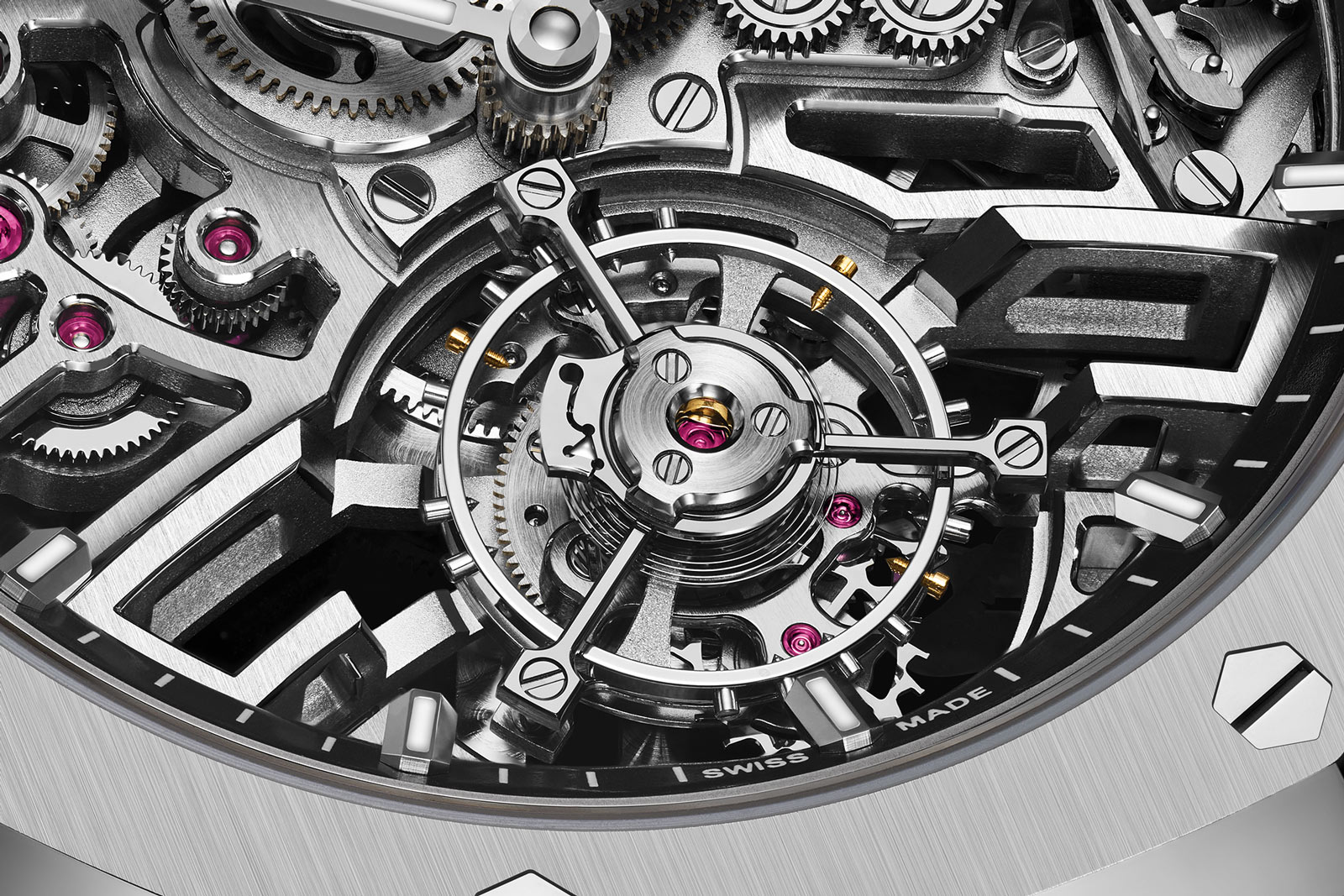 Notably, the movement was clearly conceived to showcase the tourbillon, as the motion works have been reworked to avoid having wheels positioned over the tourbillon, resulting in an unobscured view of the regulator.

Another thoughtful detail in the engineering of the cal. 2972 is the anti-backlash gear located in the motion works, which comprises twin stacked gears that incorporate springs within their spokes. These reduces “play” between the gears and makes setting the time more tactile and precise. 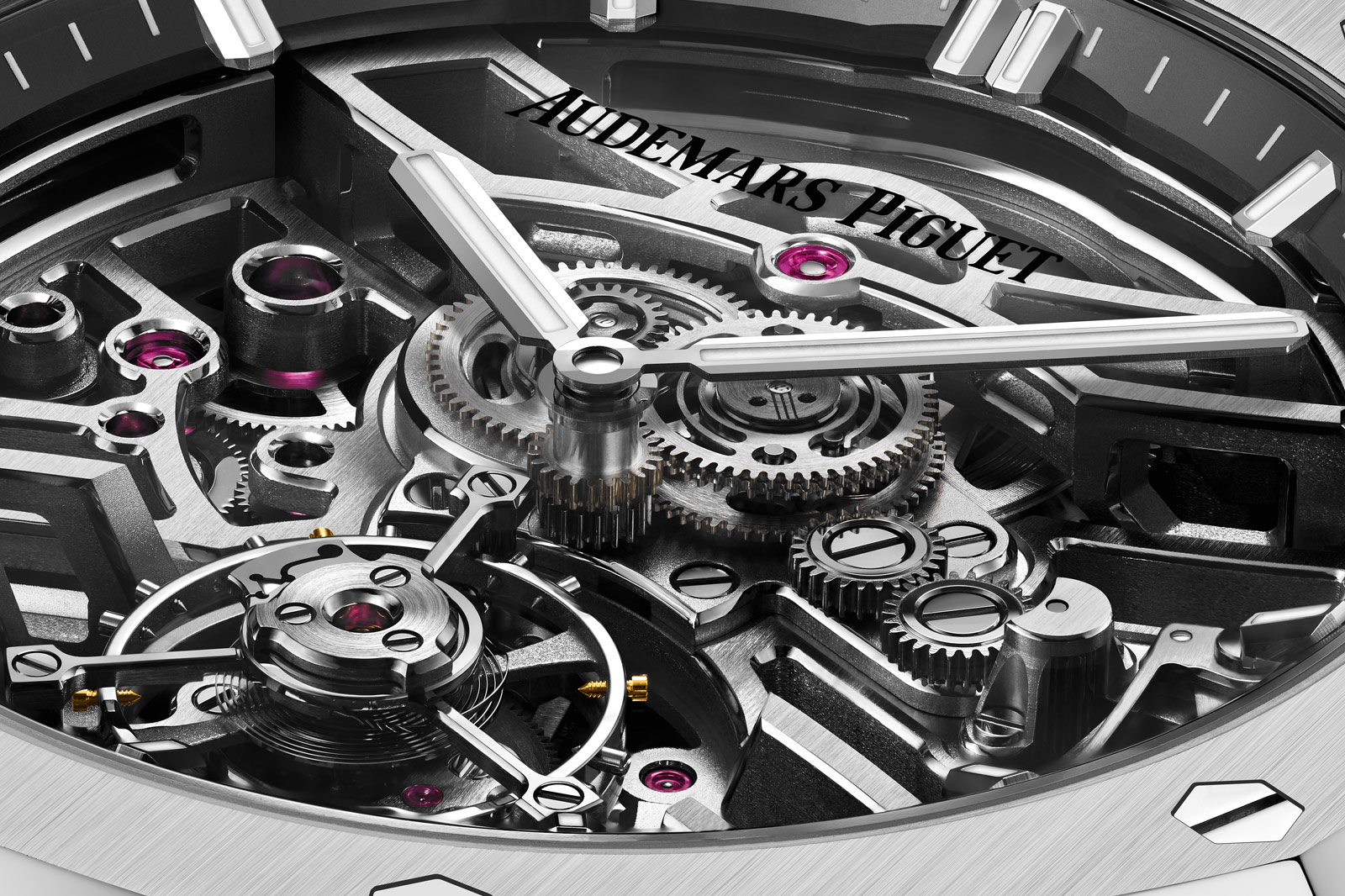 The anti-backlash gears are visible under the minute hand

While the movement is clearly modern in style, it includes an outstanding classical detail visible on the back: the winding click is a simplified version of that found in a traditional grand sonnerie, with the click and tension spring integrated into the barrel cover. 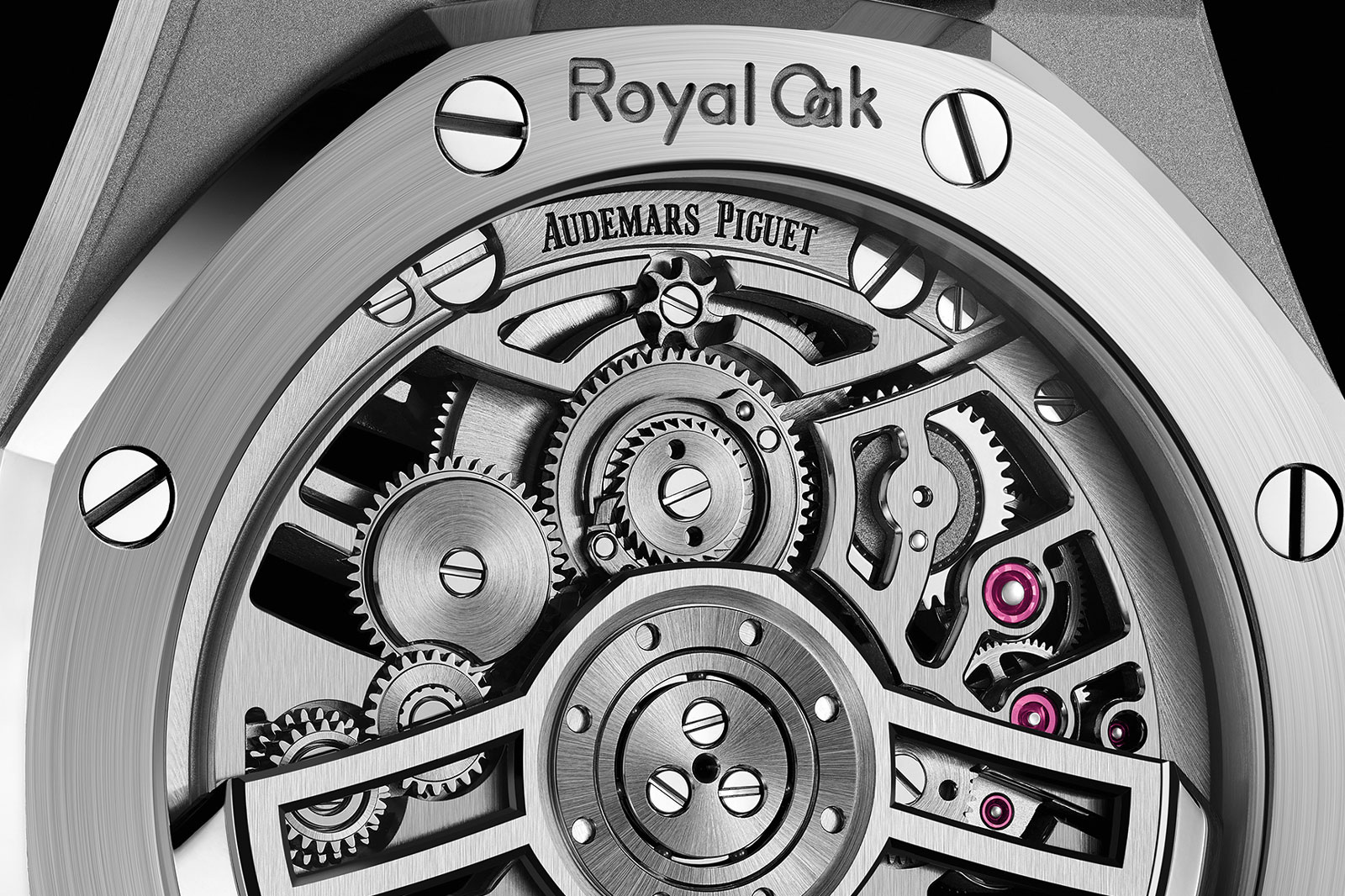 A new look and new movement.