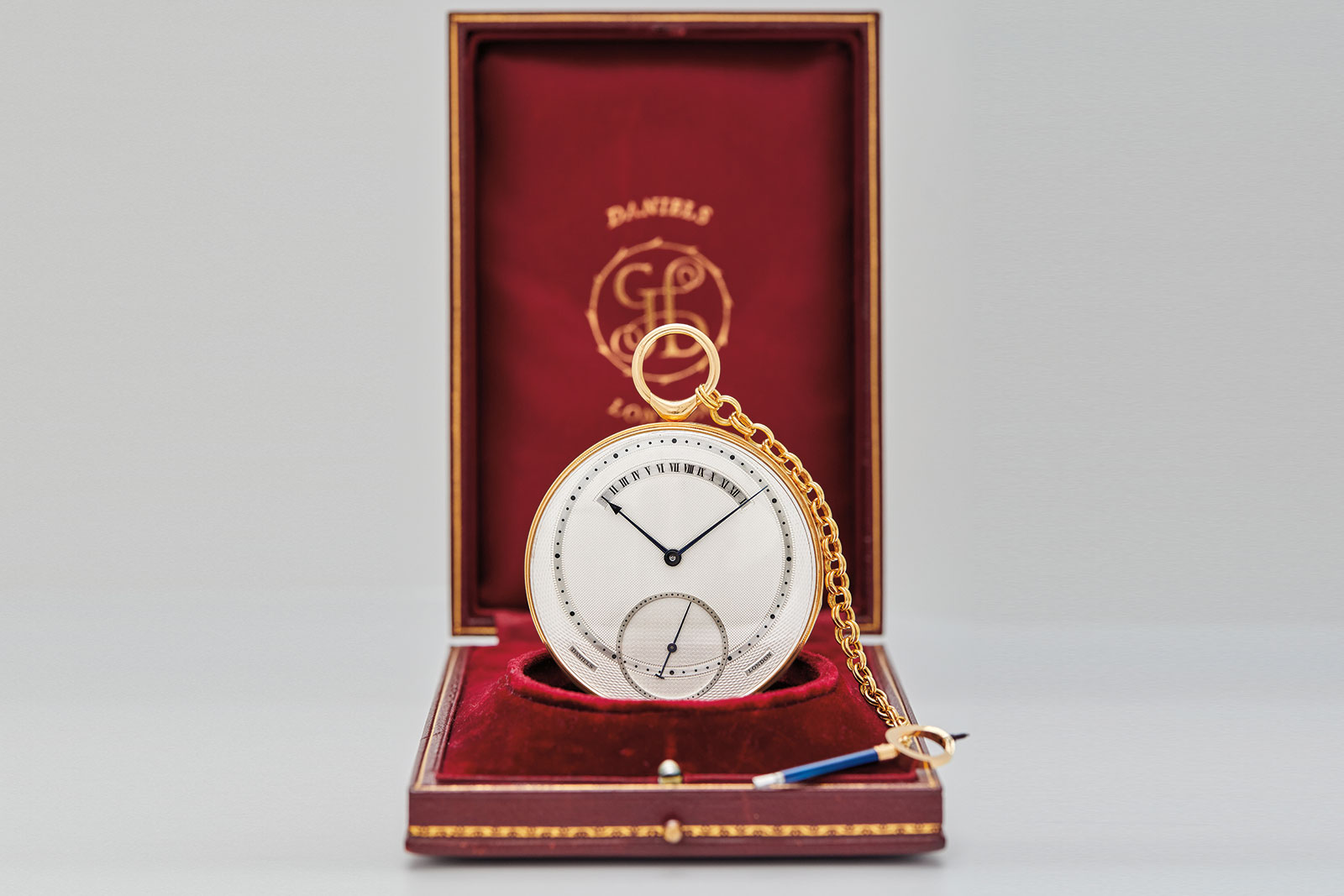 While the most high profile lot at Phillips’ upcoming New York sale is surely the Patek Philippe Nautilus ref. 5711/1A-018 made for the 170th anniversary of Tiffany & Co., there are a handful more watches in the sale that are notable for different reasons.

One is unquestionably the tourbillon pocket watch George Daniels made for Edward Hornby in 1971 for its sheer horological merit. And another notable watch sits at the opposite end of the spectrum in terms of horological quality – it’s a standard Omega Speedmaster Moon Watch – but it is historically important, having been owned by Ralph Ellison, the novelist best known for Invisible Man. 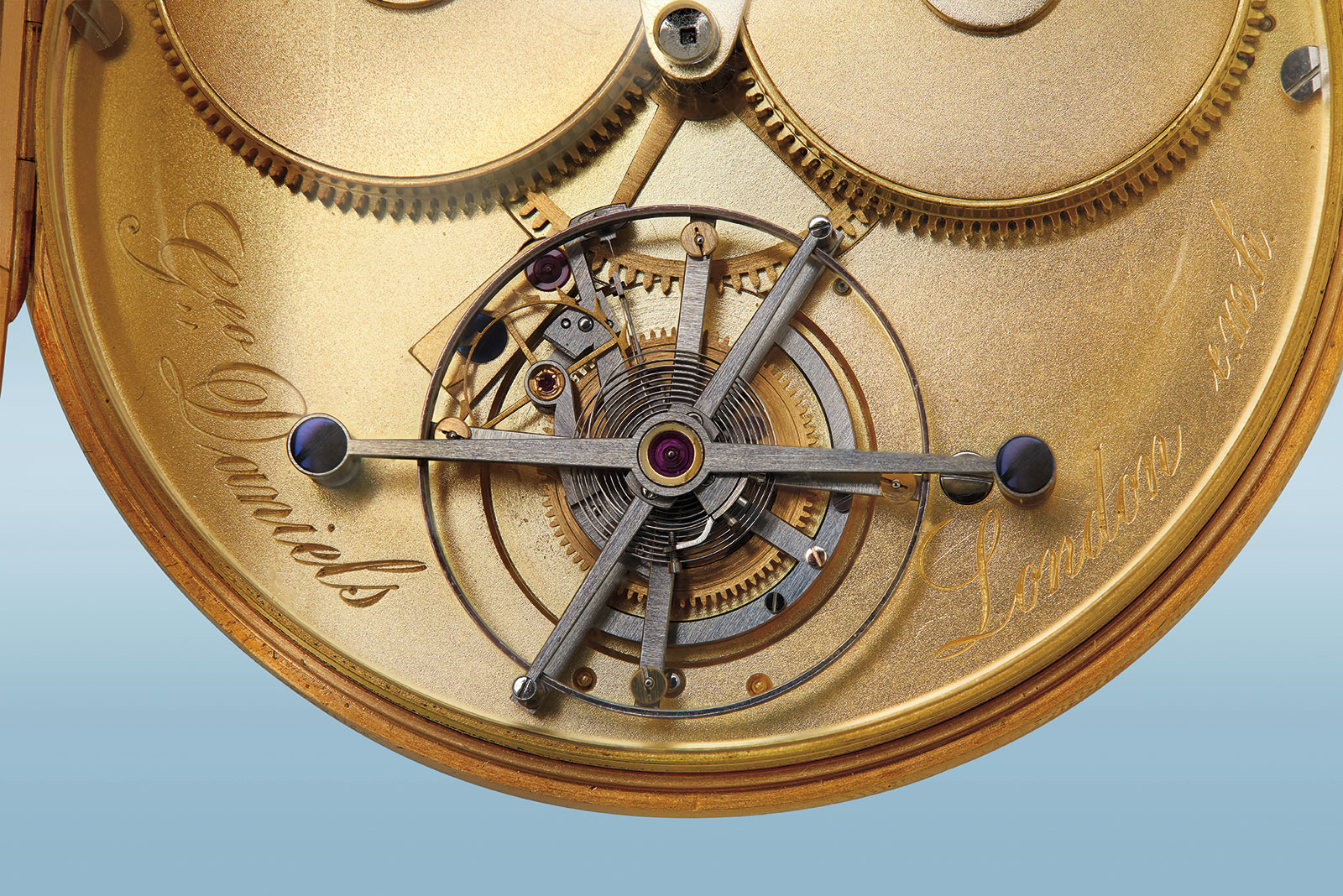 One of eight similar watches, all equipped with a one-minute tourbillon, this was made in 1971 for Edward Hornby, a lawyer who collected watches. Made during the period of 1969 to 1973, the eight watches were the first of Daniels’ own creations. Almost all were made for English collectors, save for one that Daniels made for his daughter, Sarah Jane, and another for German chemist Thomas Engel.

Named after its first owner like all the other watches in the series of eight, the Hornby watch is typical Daniels, and consequently, also very much Breguet in style. Entirely hand made by Daniels, the watch conveys the simple, unfussy quality heavily influenced by Breguet that defined Daniels’ watchmaking.

The dial is strikingly simple and entirely classical in style, yet quirky with its widely spaced indications and off-centred hands – all traits that can be found in original Breguet timepieces. Hours are indicated on a fairly narrow retrograde scale on the top third of the dial, with minutes on a track that is slightly off centre, while the seconds at six overlap the minute track in an elegant manner. 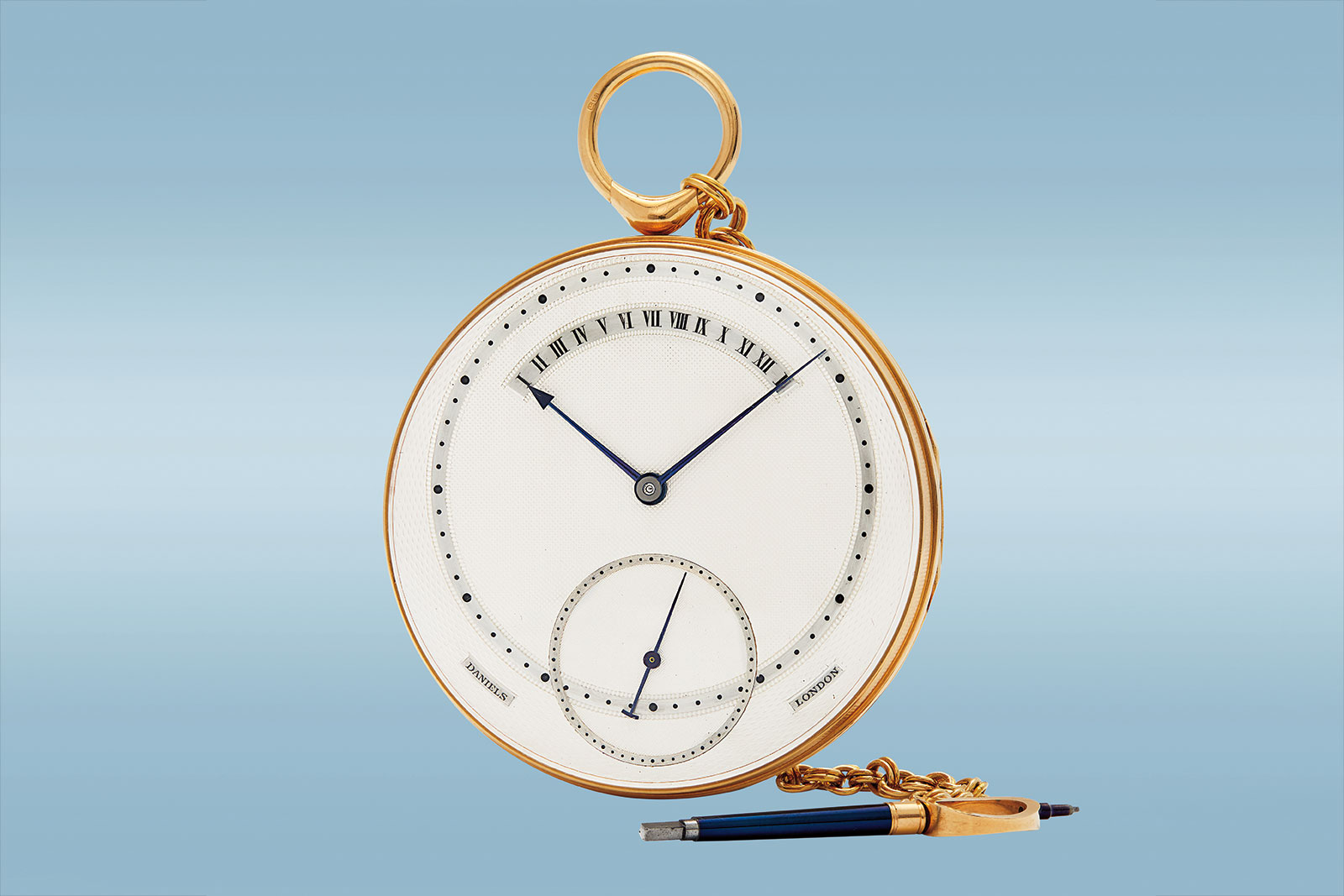 Like all of Daniels’ pocket watches, the Hornby watch is large at 62 mm in diameter. The 18k gold case has a hinged back that lifts to reveal the movement, where the classical inspiration continues to be evident. A pair of very large barrels – secured by a three-fingered bridge – power the one-minute tourbillon that’s equipped with an Earnshaw spring detent chronometer escapement.

Although the watches of the series were nearly identical on the front (though the example made for Thomas Engel had the extra of a power reserve indicator), they varied slightly in terms of the movement. The Hornby watch, the fourth in the series, has a longer tourbillon bridge than its predecessors. 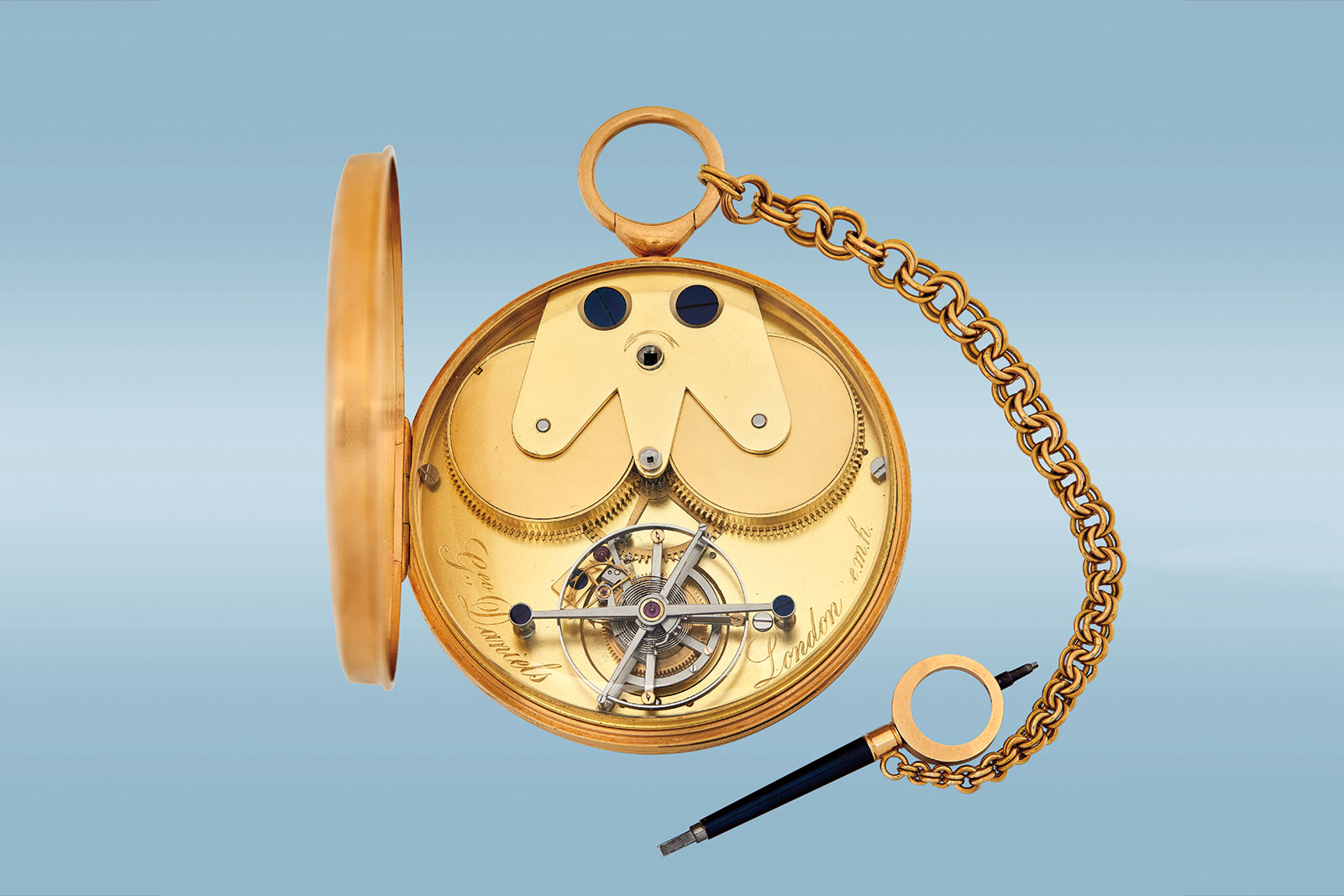 The base plate is engraved “e.m.h.” – the initials of Hornby 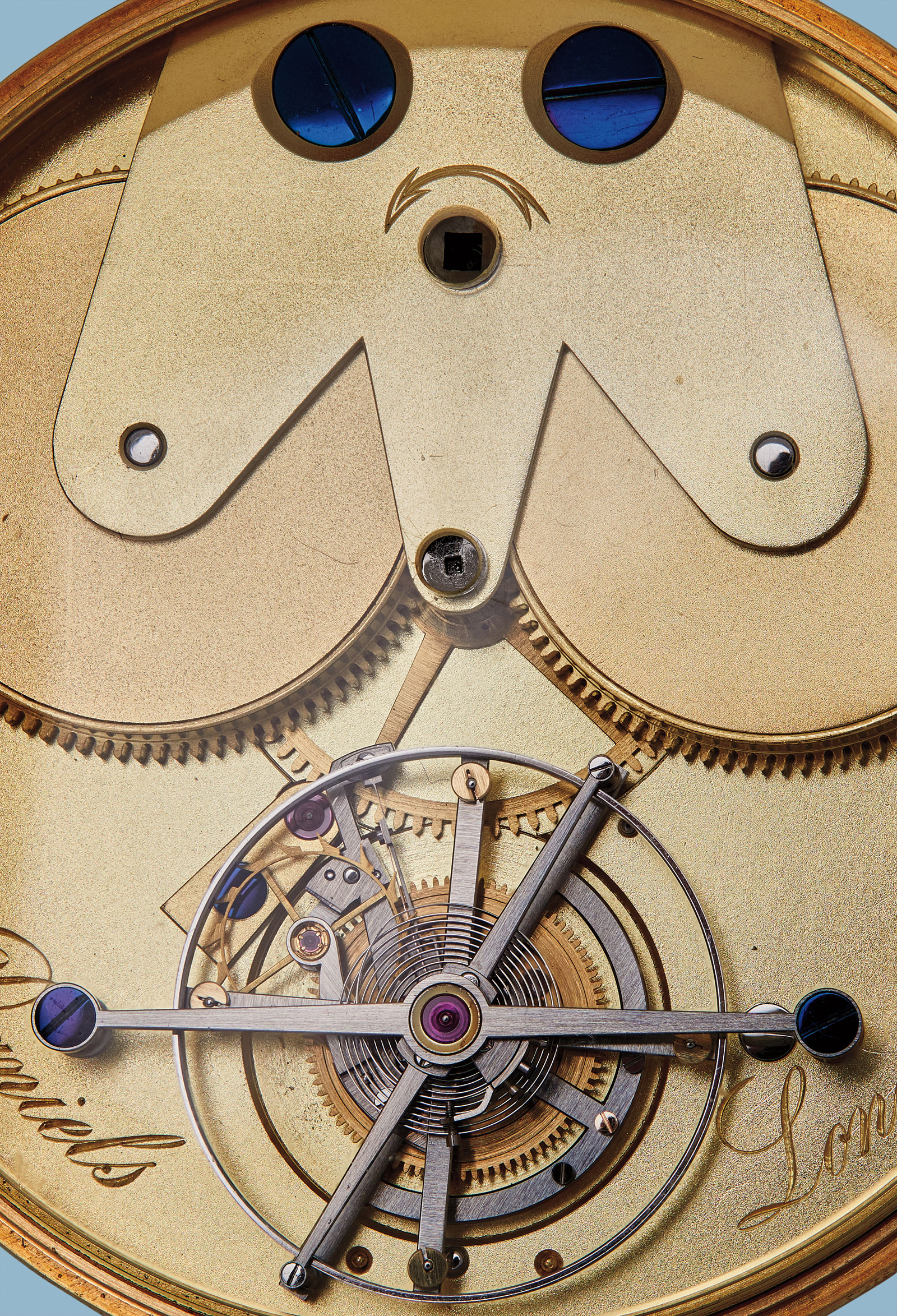 This watch was last sold publicly at Sotheby’s in London in 2017, where it went for £464,750 including fees. Now it’s been consigned by the collector who bought it in 2017, and it has an estimate of US$600,000-US$1.2 million. I expect it will finish closer to the high estimate than the low.

One of the preeminent American novelists of the 20th century, Ralph Ellison was the first African-American to win the National Book Award. He received the award in 1953 for Invisible Man, a novel that dealt with many of the topics relevant to African Americans at the time.

Now Ellison’s Speedmaster is on the block, having been acquired by its current owner almost by chance. According to Phillips, the consignor of this watch bought it at an estate auction in Long Island, New York, in 2016. 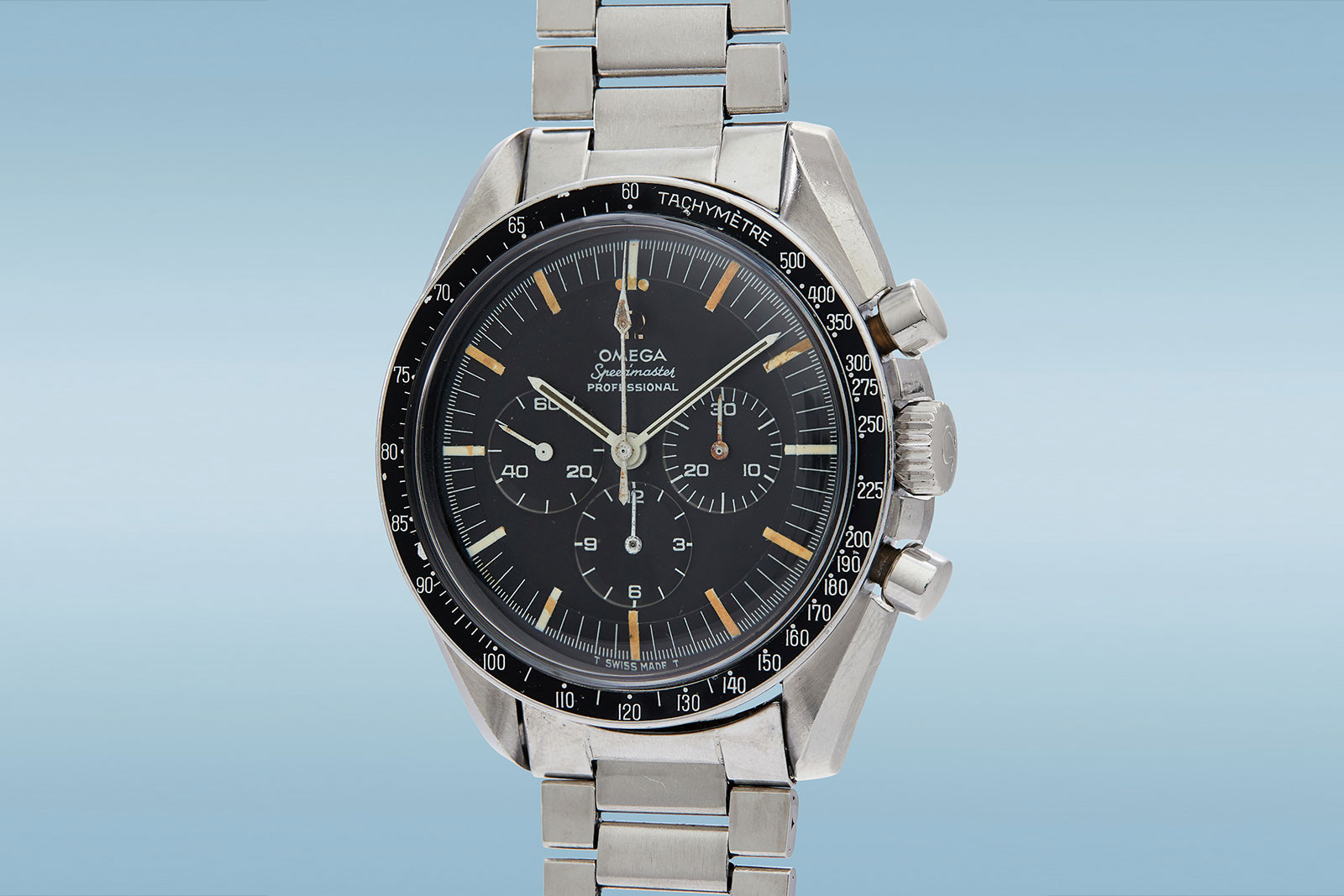 The watch was missing a pusher – as it is in photos of Ellison wearing the watch – and described as being from “The Ralph and Fanny Ellison Charitable Trust”. But that wasn’t the primary draw of the watch for the buyer, who was “merely looking for an all-original example of the reference, rather than a monumental and historical wristwatch”. 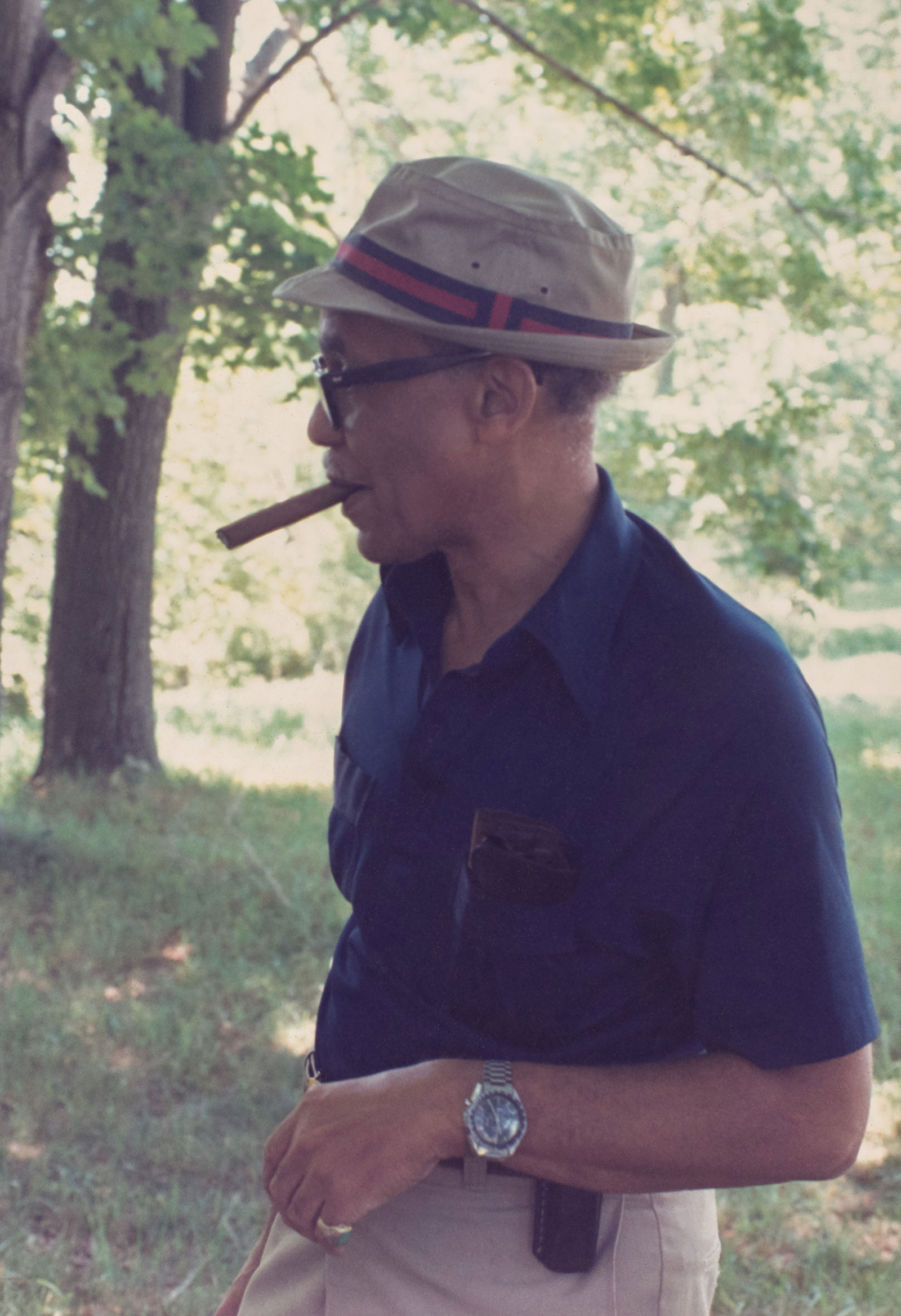 Fortunately for the buyer, research into Ellison’s archives at the Library of Congress turned up copies of insurance statements that listed the serial number of Ellison’s watch – it was insured for a mere US$185 – confirming that this was indeed his timepiece.

Although nothing is known about how Ellison came to possess the watch, the archive extract that accompanies the watch does note it was sold in the United States in 1968. And the balance cock is stamped with “OXG”, the import code for the American importer of Omega during the period, Norman Morris.

According to Phillips, the watch has been serviced, with a period-correct pusher installed and the crystal replaced, though the original crystal is included with the watch. In short, the watch is pretty much as it was found at the estate sale.