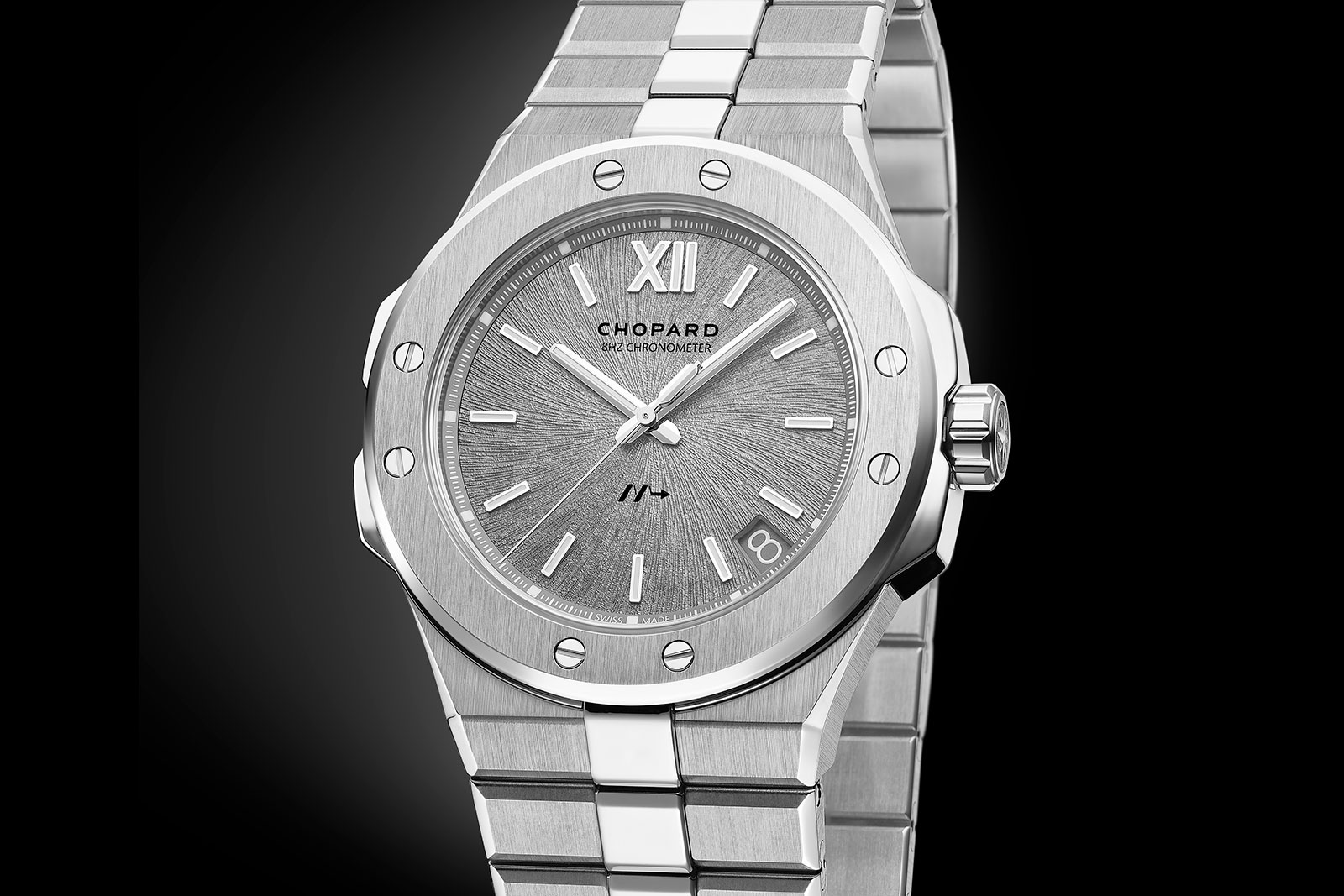 First introduced in 2012 in the L.U.C 8HF, Chopard’s proprietary escapement was notable for being ultra-high frequency, running at twice the speed of a conventional escapement, and also one of the first such escapements to make it to serial production.

But whatever the merits, the brand’s past high-frequency watches were a mixed bag in terms of design, and for that reason the brand’s technical accomplishment never gained the recognition it deserved. But now the 8 Hz escapement finally arrives in an appealing package, the Alpine Eagle Cadence 8HF. 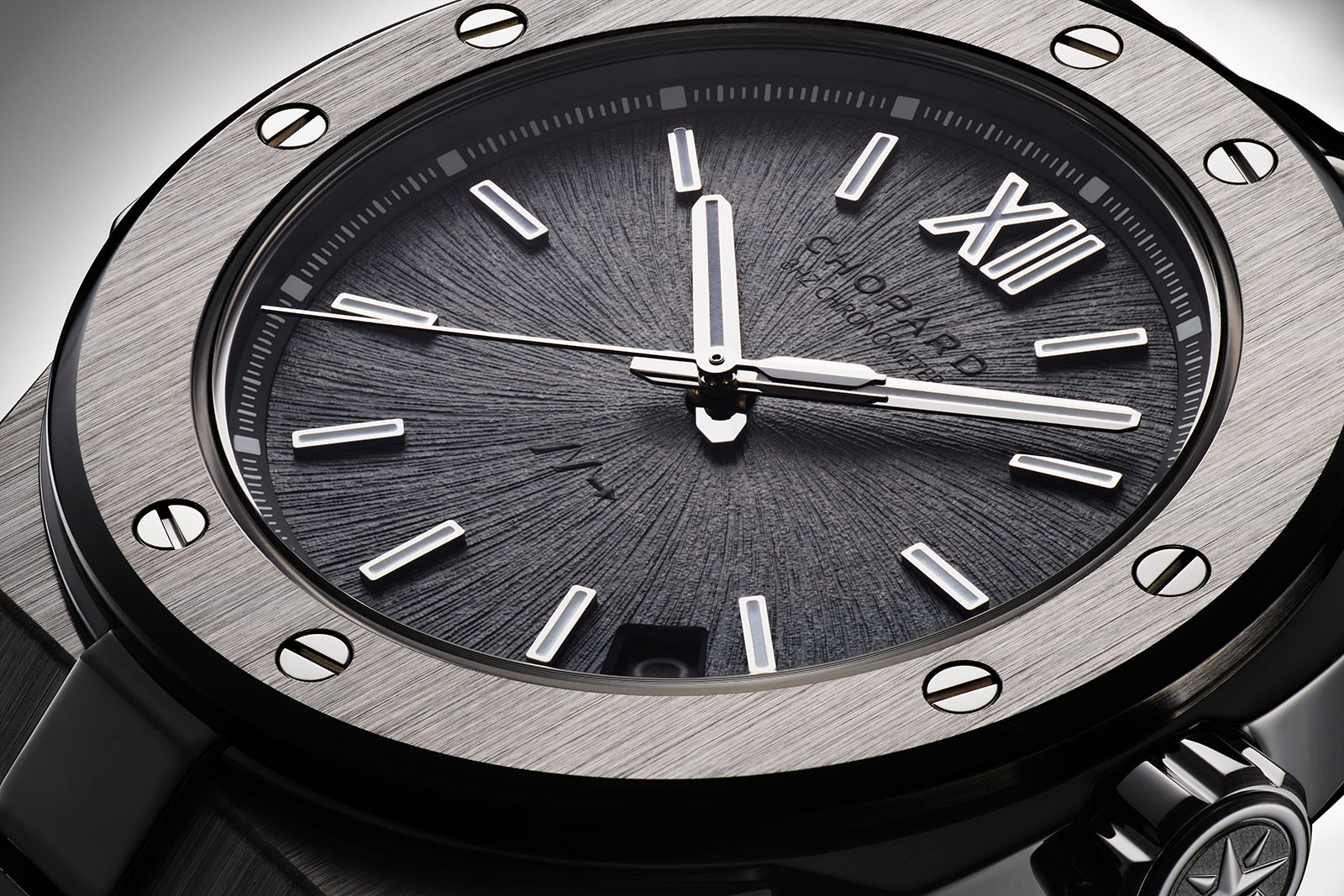 The new Alpine Eagle is an unusual combination of a luxury-sports watch and an interesting movement with a novel escapement that runs at twice the normal speed.

Like the standard version of the Alpine Eagle, the Cadence 8HF is finished to an impressively high level on the case and bracelet. That’s especially more impressive given that it’s entirely titanium, instead of steel.

The design does come in for some minor criticism – the polished centre links of the bracelet are too narrow – but it is still good looking. And the Cadence 8HF has a cleaned up dial, which adds to the appeal.

While impressive technically, the movement isn’t too much to look at, since the finishing is workmanlike and monochromatic. That said, the movement’s aesthetics suit the style (and price) of the watch perfectly. 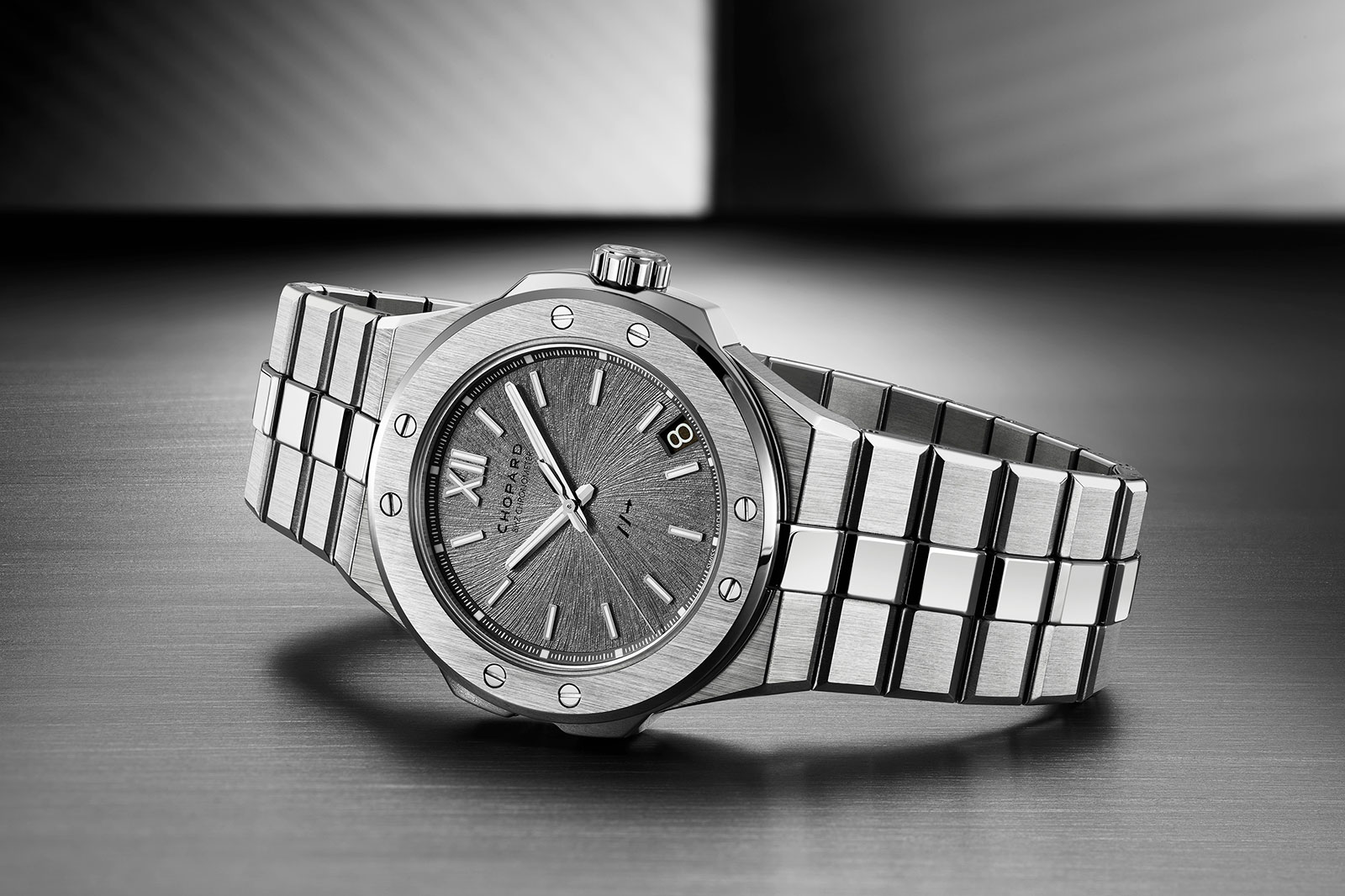 The Cadence 8HF is almost 50% more expensive than the regular model in steel – but it’s worth the stretch in my opinion. Not only is the movement superior in terms of tech and performance – a high-frequency movement keeps time more stably over long periods – the watch itself is more intrinsically attractive than its steel counterpart.

And set against the broader market where most luxury-sports watches are so desirable they sell for multiples of the retail price, the Cadence 8HF is a value proposition.

Visually, the Cadence 8HF is only subtly different from the standard model. At a distance, it is difficult to tell the two apart. It has the same size and dial texture, though the dial is in a pale grey that is not found on the standard model. 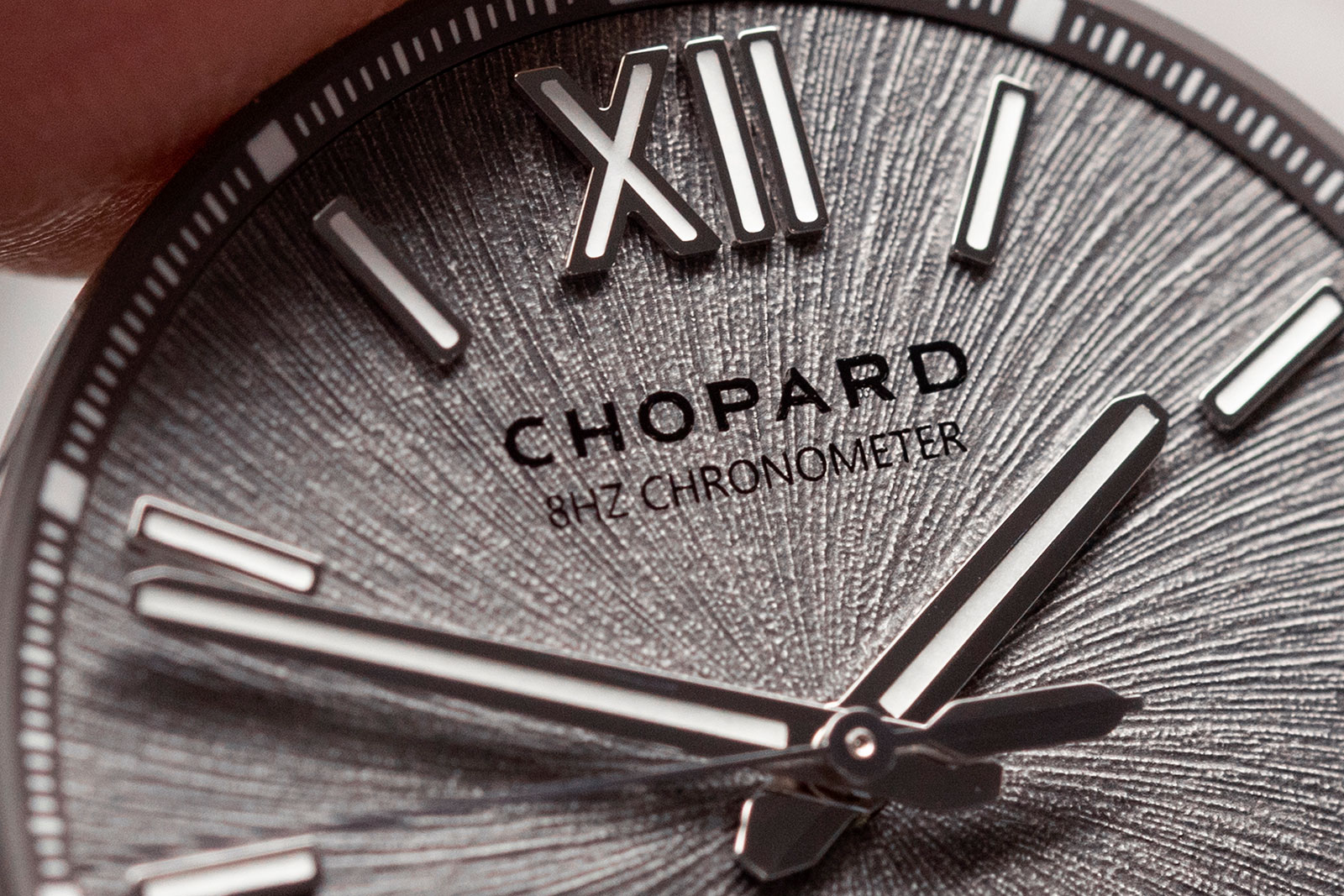 That said, the Cadence 8HF does look and feel substantially more attractive when in hand. For one, the dial is cleaner, having only a single Roman numerals instead of four at the quarters.

Also, the titanium case and bracelet are lightweight, but still retain the gleam of steel that results from the high-quality surface finishing.

The key feature of the Cadence 8HF – and the reason for its name – lies in the movement, and even its distinguishing feature is barely visible, though it is audible when listening to the beat of the movement. 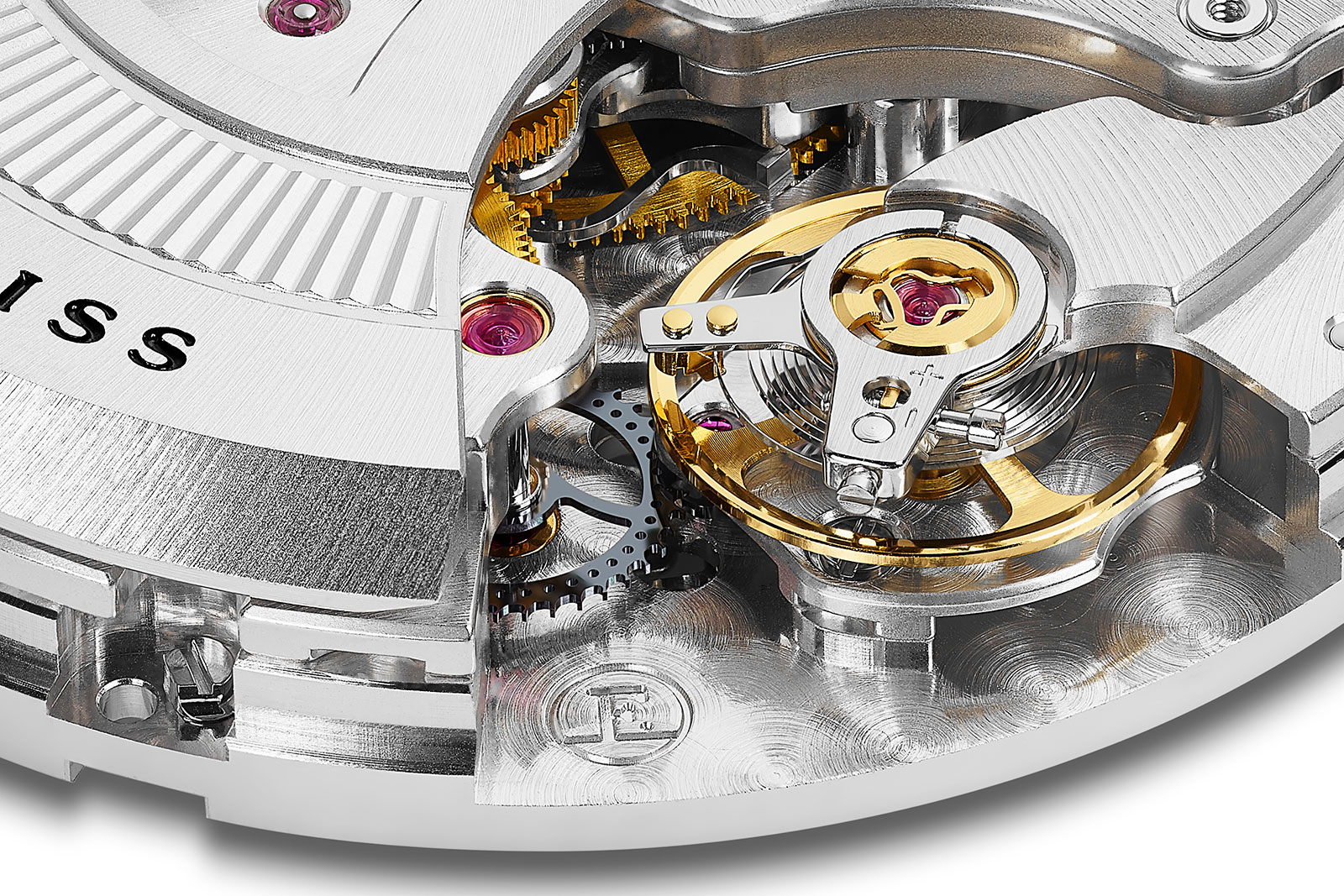 What sets the cal. 01.12-C apart is essentially the balance and escapement, namely the balance wheel is smaller while the escapement has an escape wheel in silicon that’s larger in diameter than usual, resulting in it having more teeth on its circumference. 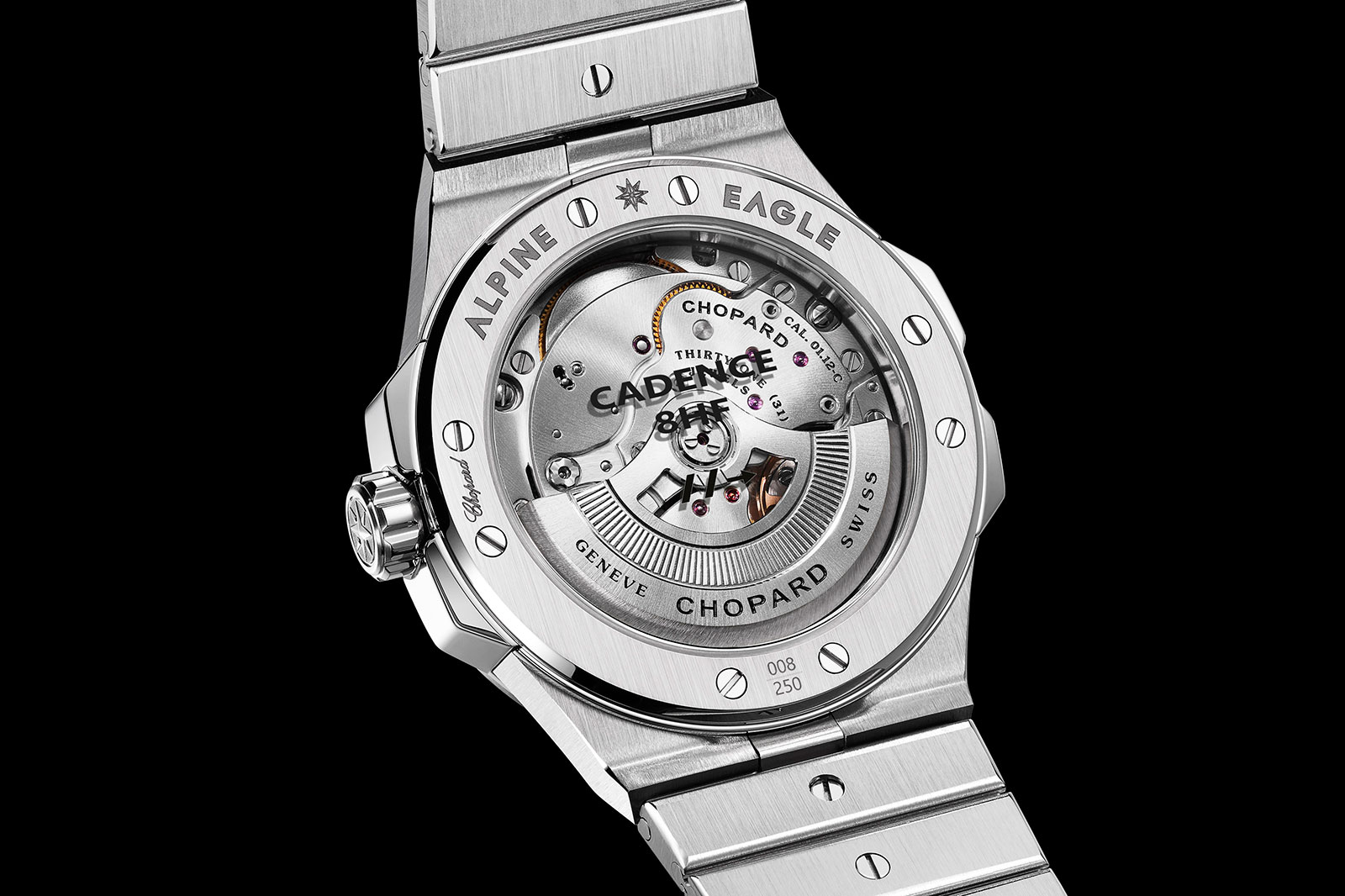 Notably, the cal. 01.12-c has the same 60-hour power reserve as the standard version of the calibre, despite the much higher frequency. That’s because the higher escapement frequency is compensated for with the smaller balance wheel. It has a diameter that’s about a third smaller than the cal. 01.01-C, meaning it requires less energy to oscillate. 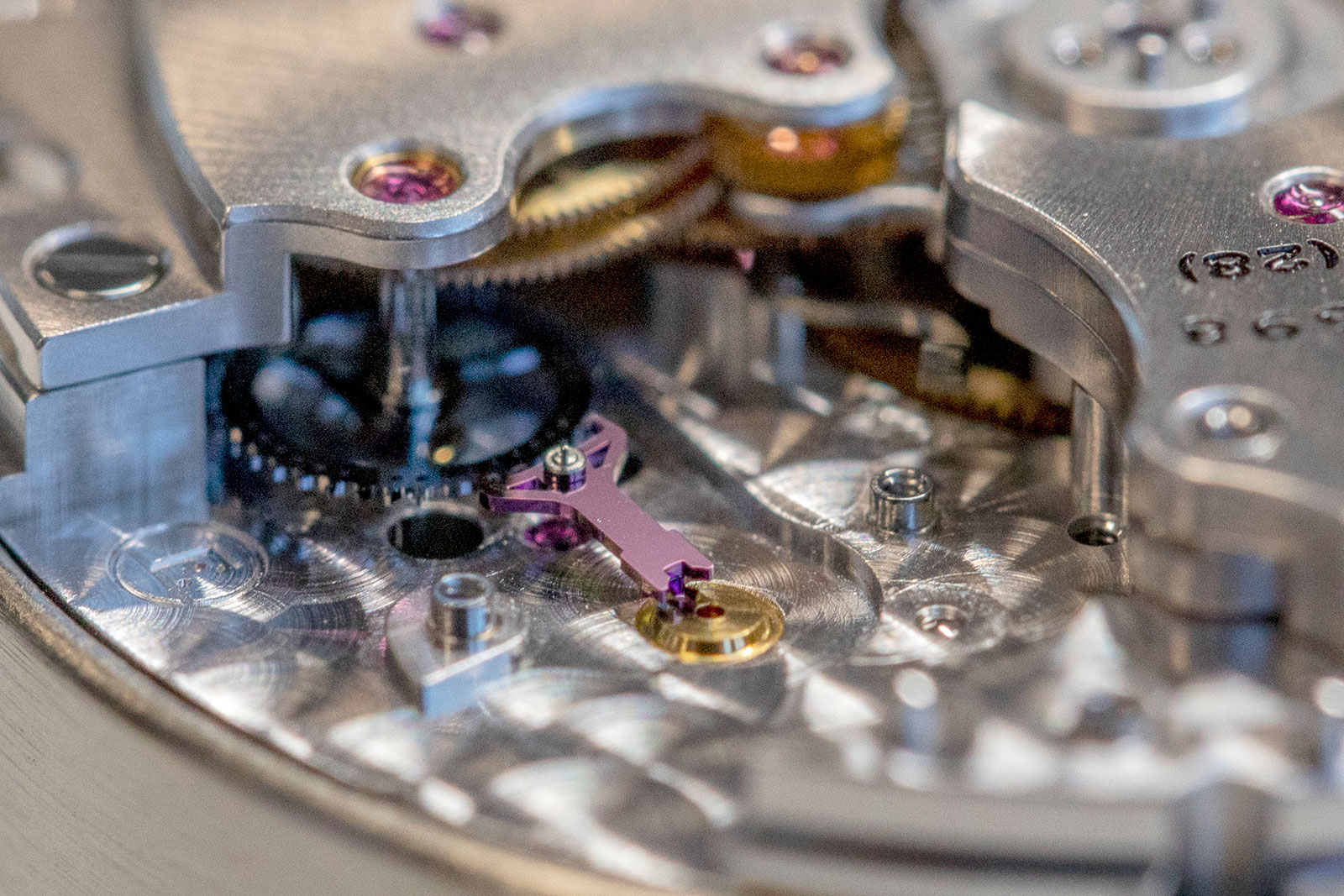 Correction September 28, 2021: The power reserve is 60 hours, and not days as stated in an earlier version of the article.