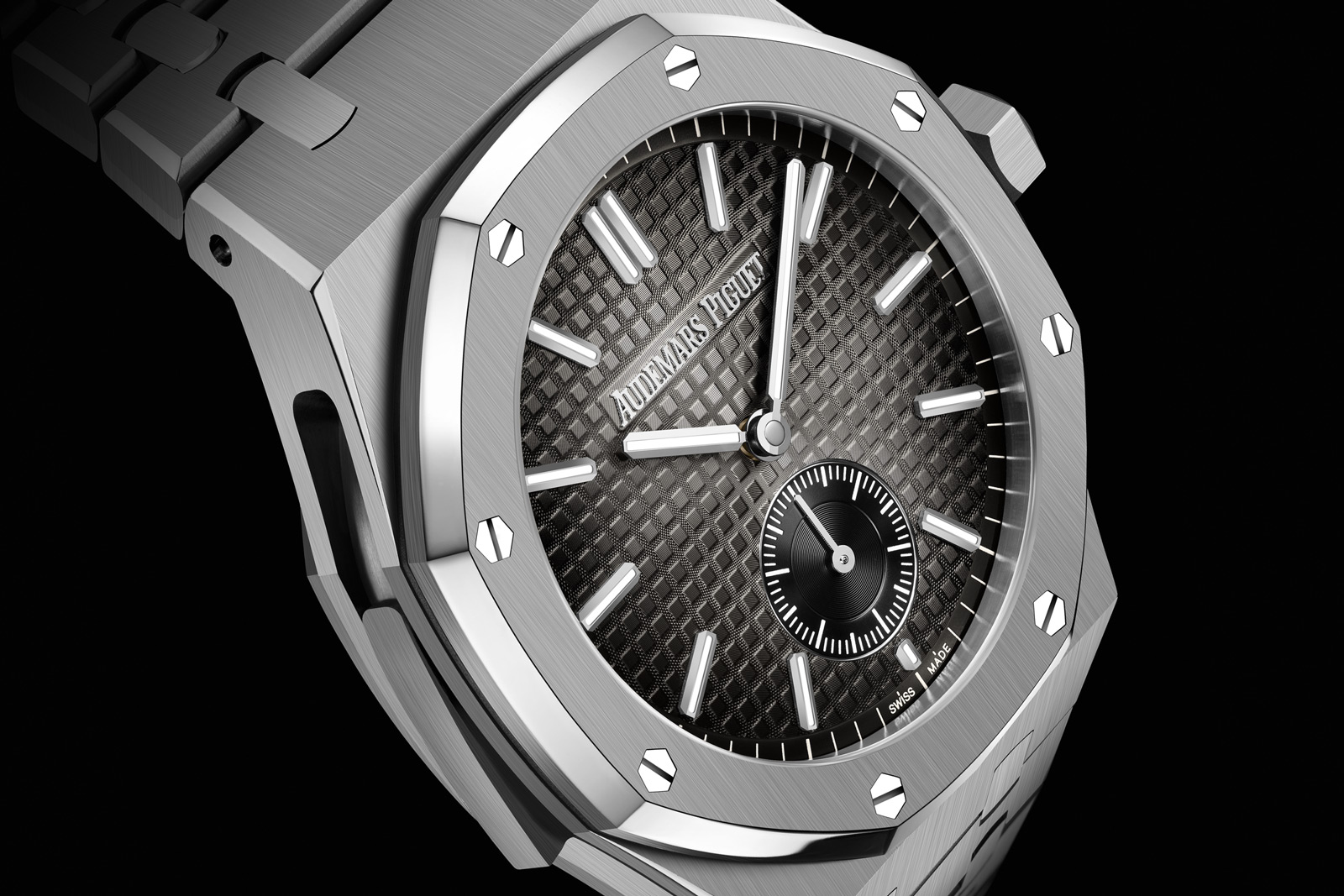 First introduced as a handful of limited editions (including for Japanese retailer Yoshida), the minute repeating, luxury-sports watch has finally become a permanent addition to the Audemars Piguet catalogue with the Royal Oak Minute Repeater Supersonnerie in Titanium.

Despite its low-key looks, a tone-on-tone palette of a smoked, grey dial and brushed titanium case, the Royal Oak repeater  is loud – literally – thanks to the patented Supersonnerie system within, which produces chimes that are clearer and louder than those of a traditional striking wristwatch. 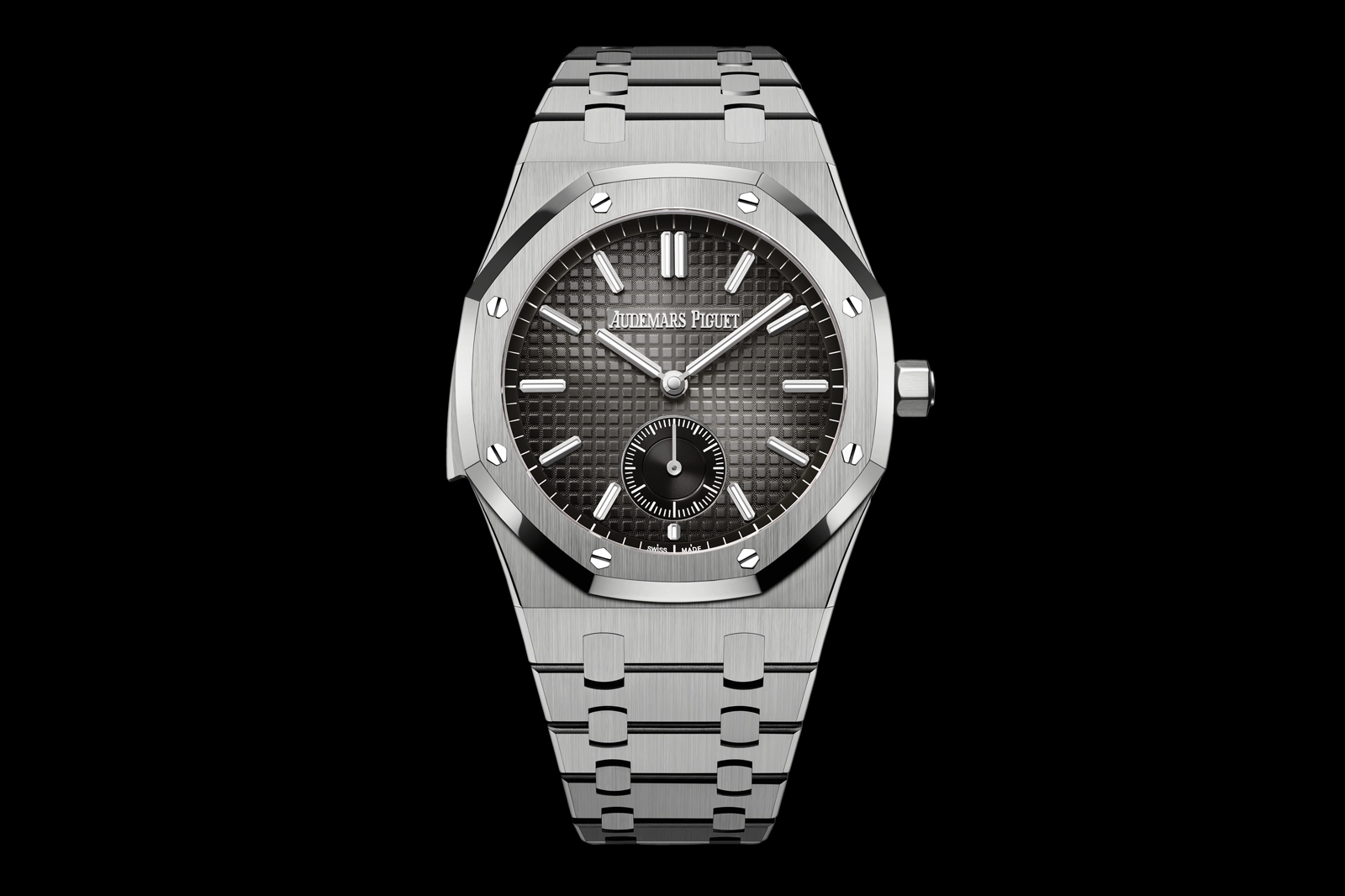 The superb acoustics are unquestionably the focal point of the latest from Audemars Piguet (AP) – it is undeniably a successful striking complication thanks to the clever case (we explained the Supersonnerie in an earlier story).

But the design of the Royal Oak repeater is arguably near perfect and worth a leading mention. At a glance the repeater looks very much like a typical Royal Oak, but the dial layout gives it perhaps the most classical face amongst its siblings. It has no date, and instead a small seconds at six to replace the central seconds found on most Royal Oak models.

The seconds-at-six layout is typical of a dress watch, and it isn’t special per se, but it is unique for a Royal Oak, which was after all designed as a sports watch. By way of its thinness (at least in its original ref. 5402 “Jumbo” guise), the Royal Oak has always retained an elegant air that resonates with the small-seconds dial.

Notably, the sub-dial is proportionately sized and sits in a good spot between the centre and the edge of the dial, which evokes vintage chronometer wristwatches. The “sector” design on the sub-dial gives it a sporty, functional appearance

Still, the Royal Oak repeater remains eminently contemporary in its materials and finish. The case and bracelet are titanium, while the dial is a smoked grey with the traditional tapisserie guilloche. The resulting aesthetic is muted and modern, balancing the old-school feel of the small-seconds layout that might have been too classical on its own.

In short, the new repeater one of the most gracefully restrained Royal Oak designs and successfully blends elements old and new.

And the Royal Oak repeater is surprisingly reasonable in price, as such things go, retailing for about US$350,000. Naturally, the state of the market today means landing one at retail will be difficult, but it remains a competitive price. The only complication of the Royal Oak Minute Repeater is its chiming function, but it is the Supersonnerie case construction that makes the repeater special. While chiming watches are impressive to begin with, AP’s patented Supersonnerie is even more impressive.

The term Supersonnerie is not related to either grande or petite sonnerie – sonnerie is French for “bell” – but instead refers to a series of innovative features incorporated into the case that enhance the acoustics of the repeater. The enhancements are significant enough that the Supersonnerie is perhaps the loudest and clearest of all chiming wristwatches. 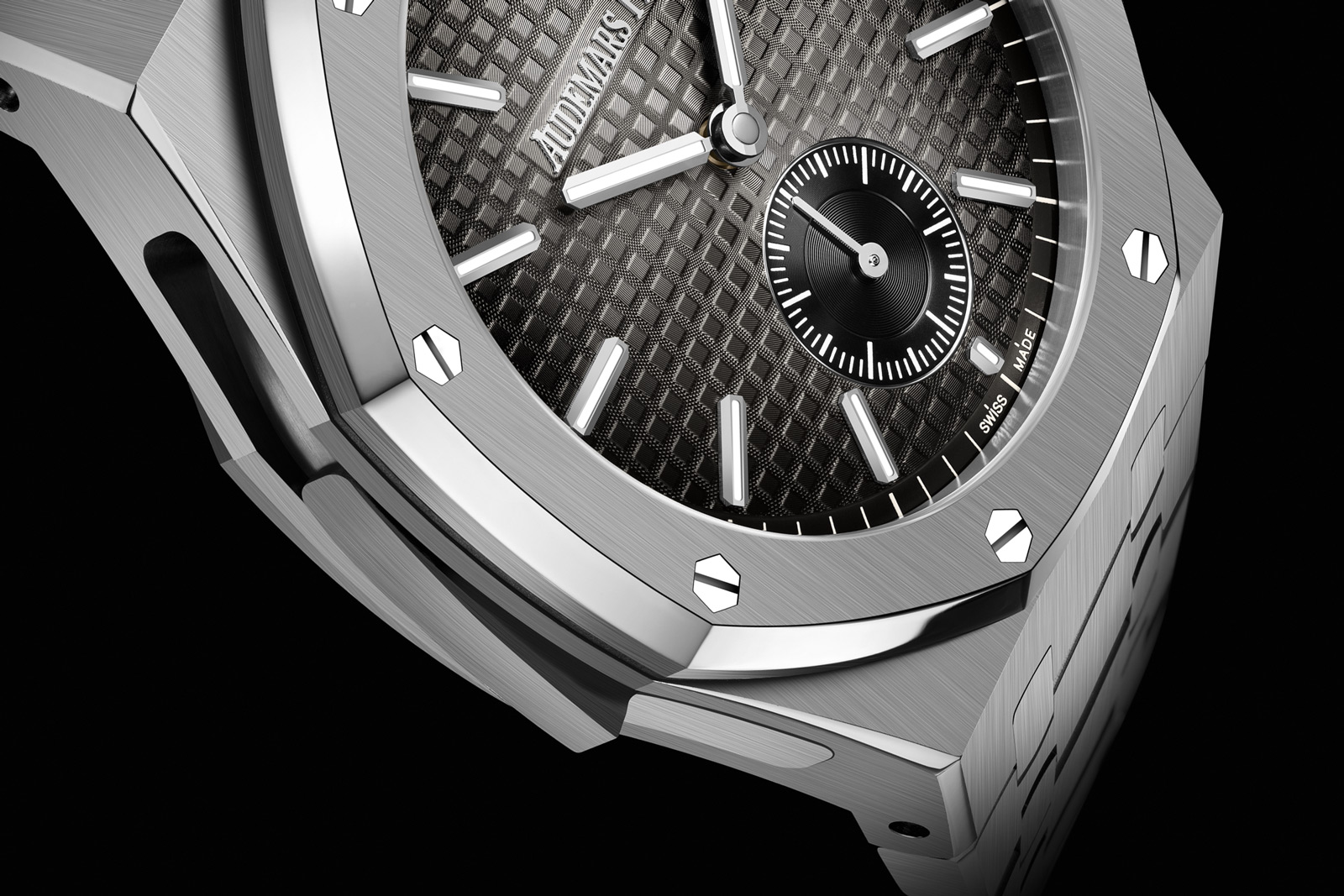 The Supersonnerie is primarily composed of three features. For volume, a disc of metal known as the soundboard sits between the base plate and case back. The soundboard holds the gongs and resonates when the gongs are struck by the hammers. The larger resonating surface of gongs plus soundboard amplifies the sound, which means more of it is transmitted out of the case.

And because titanium is less dense than steel or gold, it transmits sound better, which further improves the volume of the chimes. 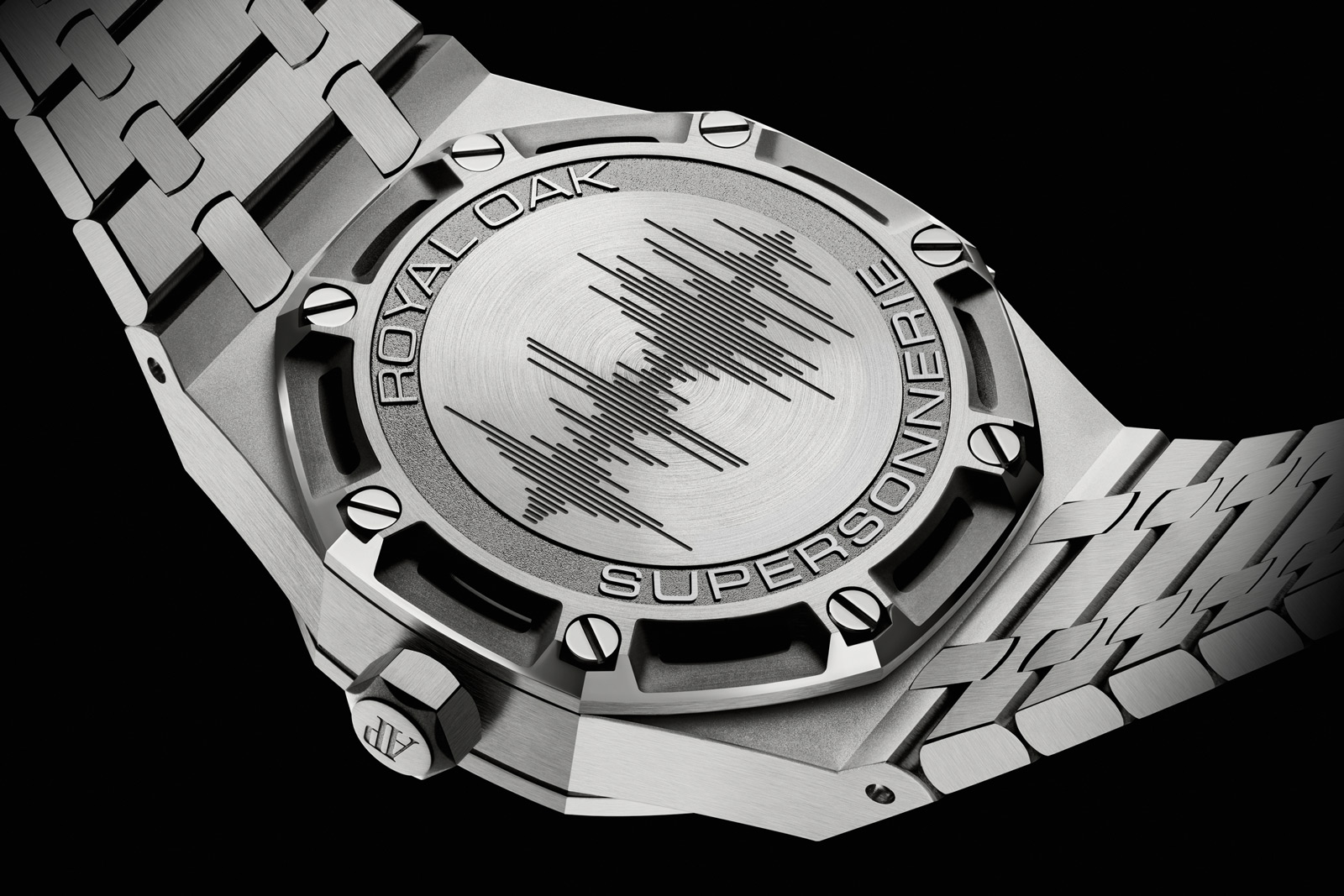 A solid case back sits over the soundboard, but it is not actually solid: the back has cut-outs on its periphery to allow the sound to escape from the case

Another aspect of the Supersonnerie sits within the movement and has to do with the governor, which regulates the pace of repeater’s gear train and hence the speed of chime. There are two basic types of governors, an anchor system that operates with an audible buzz, or the almost-silent fly wheel.

The Supersonnerie movement relies on the fly-wheel system, also known as a centrifugal governor, but with improved with a shock absorber that eliminates as much of the operating noise as possible, preventing it from interfering with the chimes.

And importantly for a sports watch, the Royal Oak repeater is water resistant, unlike majority of minute repeaters. The soundboard within its case is secured by rubber gasket, giving the repeater a 50 m water resistance – a feat given that most repeaters are merely moisture- and dust-proof.