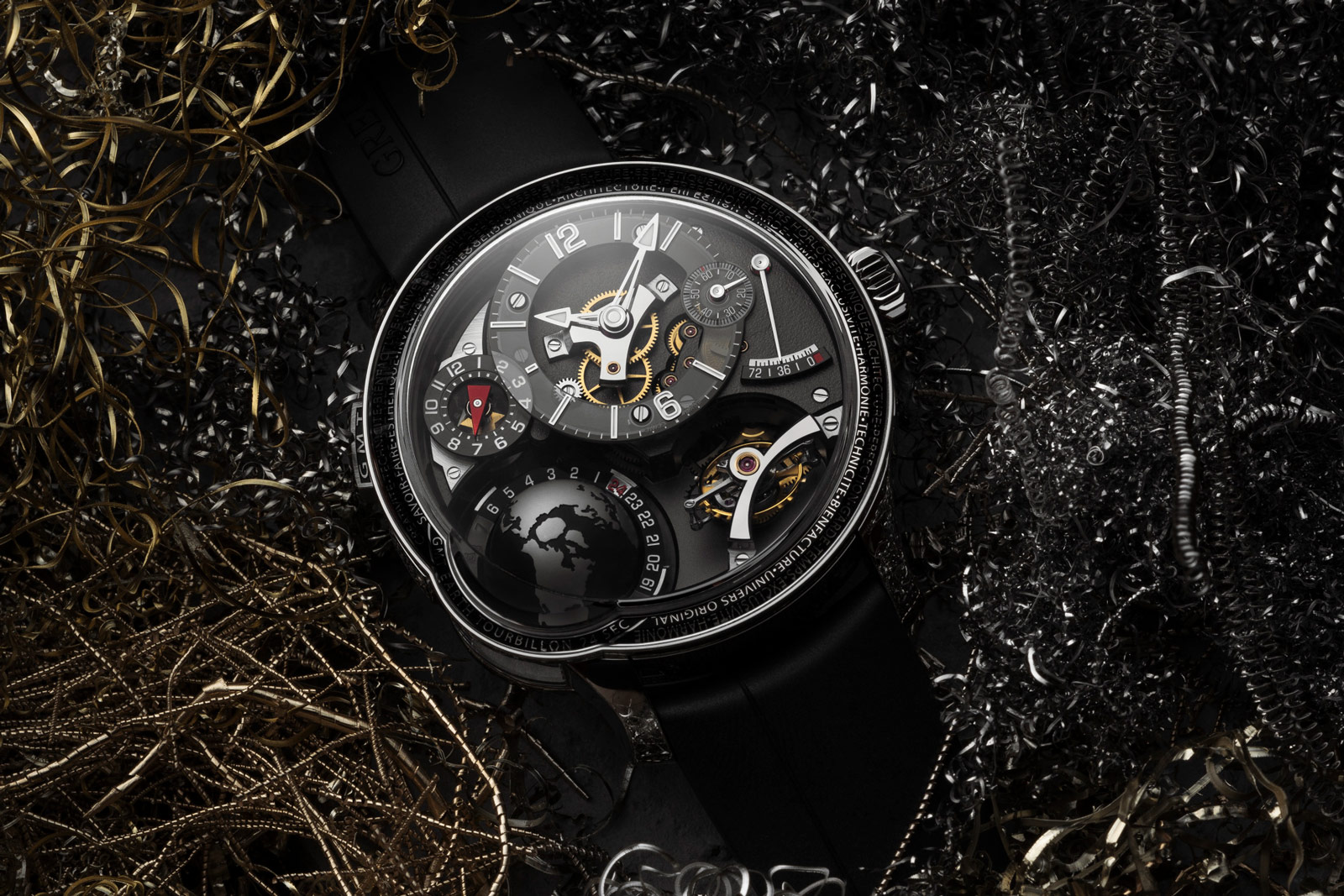 The GMT and tourbillon have long been a favourite combination at Greubel Forsey, but the watchmaker is bringing the combo to an end – at least in its current form – with the GMT Earth Final Edition.

Greubel Forsey (GF) is closing the model’s run with a version in titanium, matched with an all-black palette, giving it a look and feel that’s sportier than the earlier GMT Earth models, which were primarily cased in precious metals. 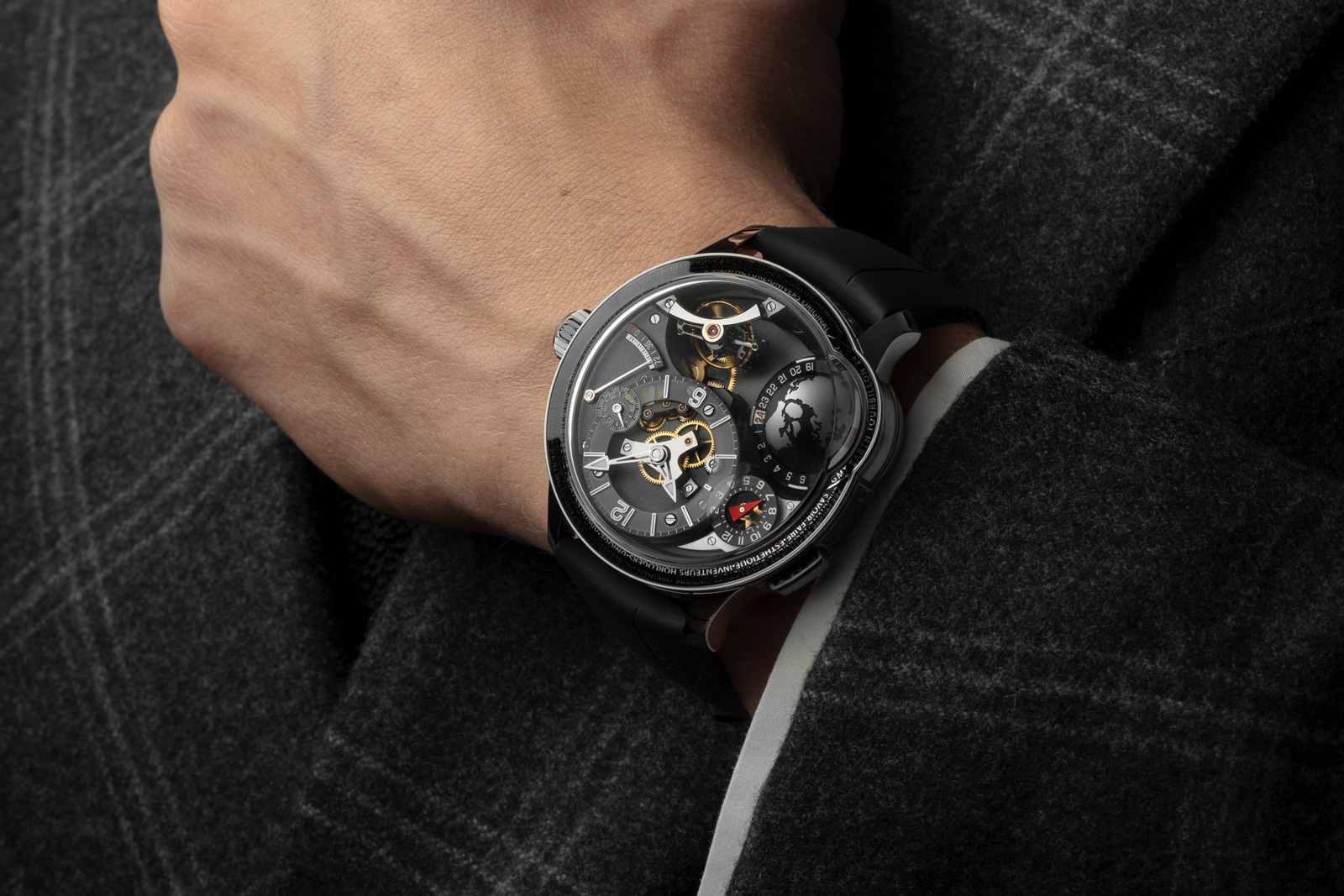 GF has offered a variety of models with a GMT complication, with each having being iterated several times in small runs. But the GMT Earth has always stood out for its simplicity – compared with the model boasting twin double-axis tourbillons for instance – yet it packs in all the defining features of the brand’s travel-time watch, such as a fully-visible rotating globe that indicates day or night around the world and of course the 24-second, inclined tourbillon. That makes it ideal for someone who wants the essence of a GF travel watch in a simple (relatively speaking) package.

And the GMT Earth Final Edition the coolest looking of the bunch, with a dark dial that goes well with the greyish titanium case. It’s a good look that’s gives the watch a more edgy, futuristic design, setting it apart from the typical GF. And the darker colours should leave the 45.5 mm case appearing smaller. 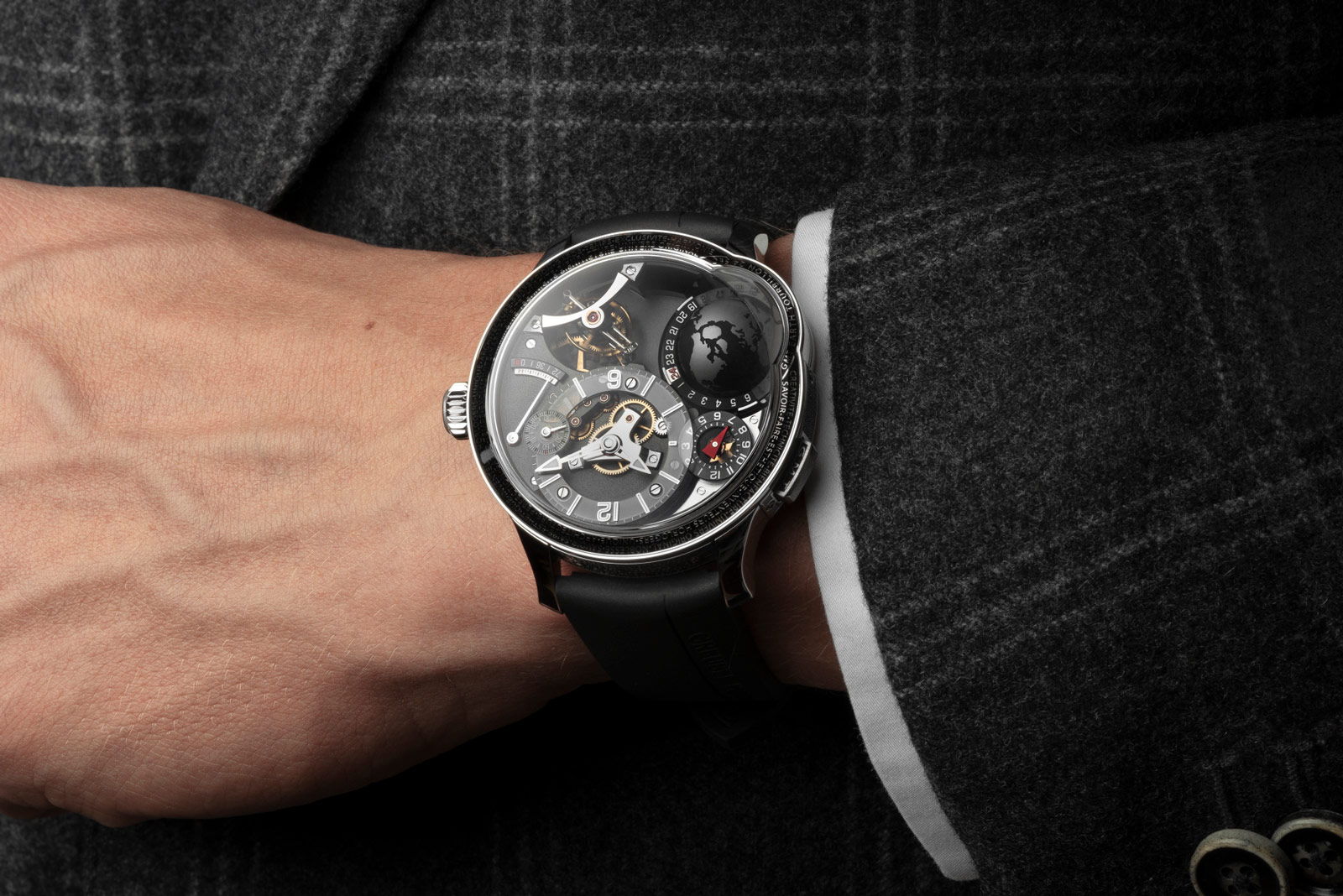 Unlike other ultra high-end sport(y) watches, such as those from Richard Mille, GF is slightly restrained in terms of aesthetics, but that’s made up with finishing that’s amongst the best in class. And thanks to that the watch avoids the monotonous look of many all-black watches.

And the gilded wheels and polished bridges visible are on the front. In earlier versions of the GMT the components and the other moving parts didn’t add much to the dial due to the lack of colour contrast, but here they stand out against the cool, dark tone of the watch, adding a bit of classical refinement.

Debuted three years ago, the GMT Earth was an update to the original GMT launched exactly a decade ago, with the primary difference being a rotating globe that’s visible from all angles – front, side, and back.

Uber-complicated with 453 parts, the movement incorporates a several useful functions. To start with, the local time is presented on the top right in a sub-dial. A power reserve indicator sits just below – a useful feature since this is a hand-wind watch. 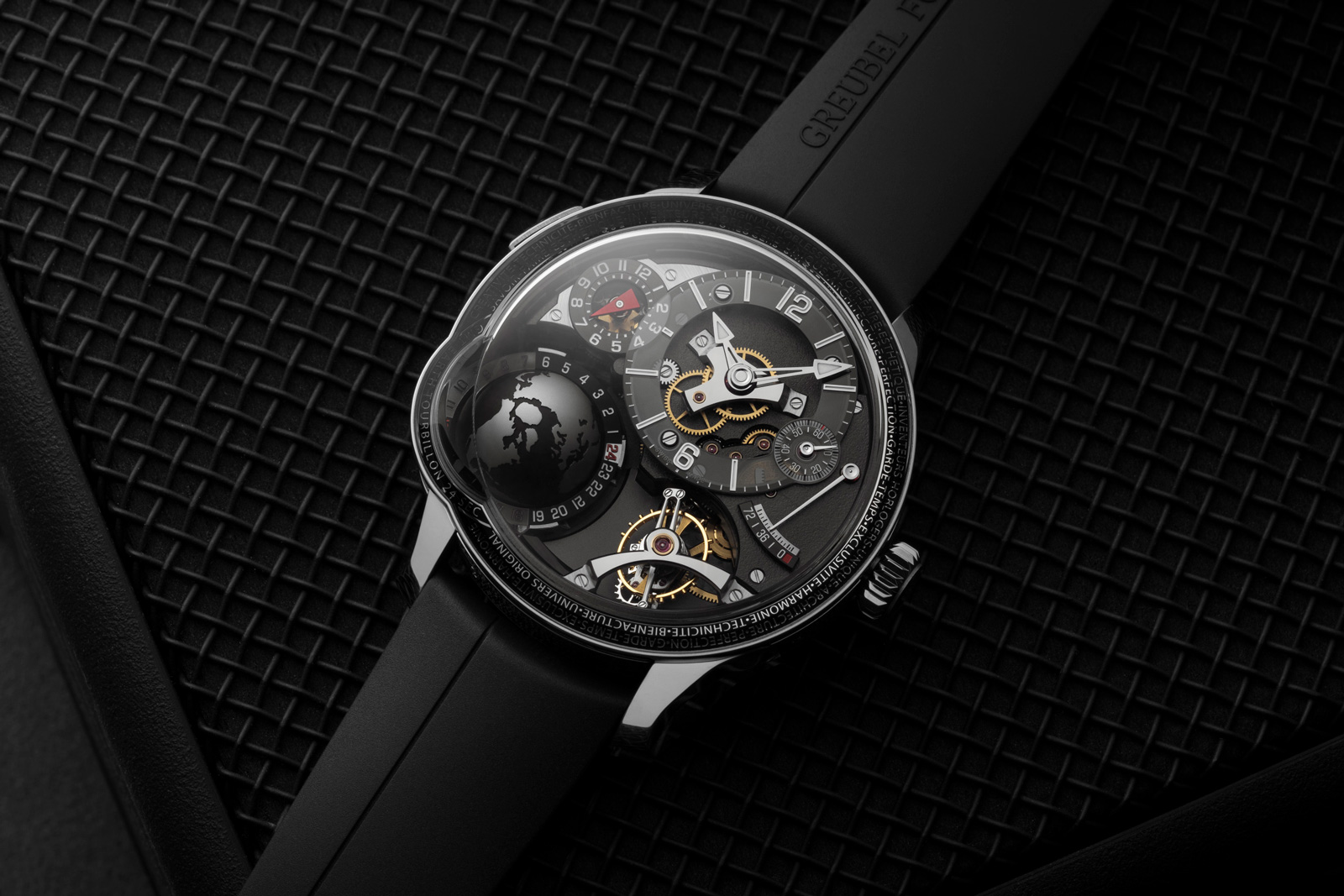 The second time zone indication is also fairly conventional, shown with a triangular red hand on top left. And that can be easily adjusted with a pusher at 11 o’clock.

And from there, the rest of the displays are exotic, literally. A three-dimensional globe that makes one revolution every 24 hours indicates the approximate time at any point around the world. It can be read by picking a spot on the map and reading the corresponding time on the 24-hour sapphire ring.

The precision of telling the time based on a tiny a map isn’t stellar, so Greubel Forsey includes a more useful feature on the case back: a 24-city disc encircled by a ring that indicates summer time and an additional, outermost ring to indicate winter time – making it a world time display that takes daylight savings time into account.