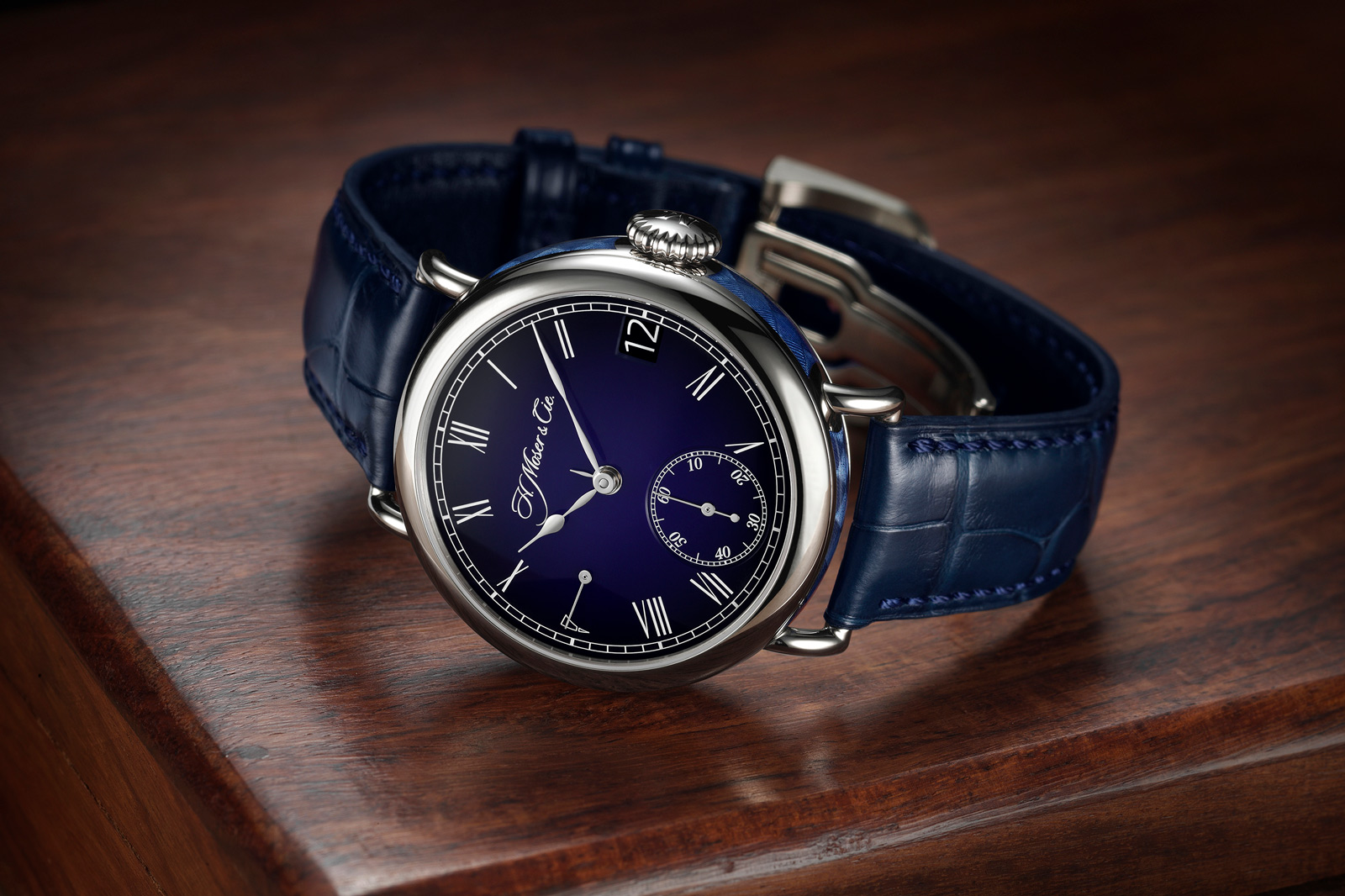 H. Moser & Cie. is quietly marking the 15th anniversary of its flagship complication with the Heritage Perpetual Calendar Midnight Blue Enamel. It was, in fact, this very simple and smart perpetual calendar that helped put the brand on the map when it was revived in 2005 (while the original brand was established in 1828).

Like the commemorative edition made for its 10th anniversary – which was essentially a fancy pocket watch with a strap – the new perpetual calendar is a departure from the brand’s typical design and instead relies on more classical flourishes, most notably an enamelled dial and case band. But true to the brand’s inclinations, the design remains relatively clean, largely to the concise calendar display. 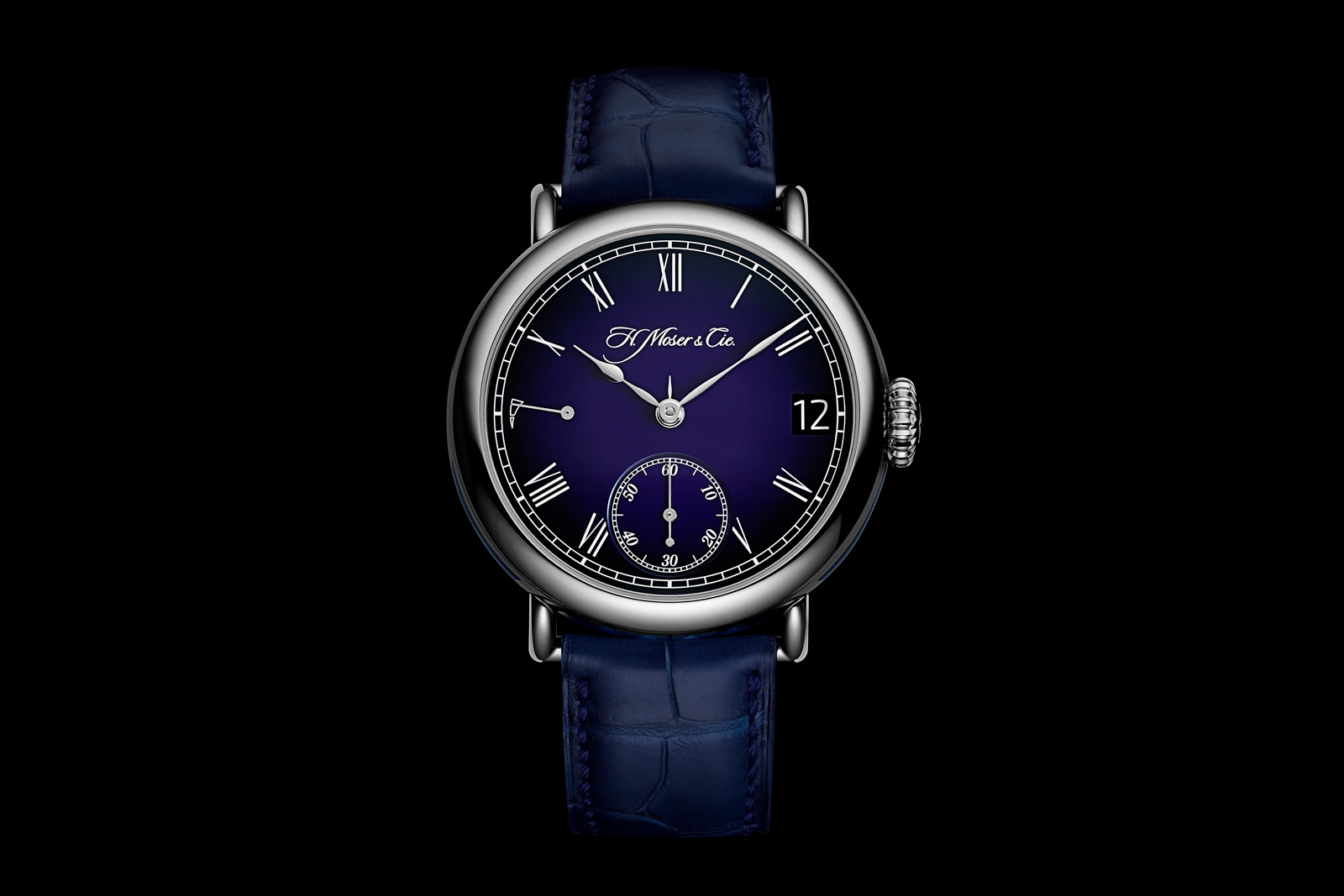 Moser’s perpetual calendar has long been applauded – for good reason. For one, the display is an elegant alternative to the typical, in-your-face layout made up of multiple sub-dials. Despite being less, the Moser perpetual manages to do more, being eminently legible. And the calendar is also convenient in a tactile sense – it can be set forwards as well as backwards.

But being introduced 15 years ago, the complication is now familiar, familiar enough that it might be forgotten. The presentation then becomes important. And here the new edition is successful. 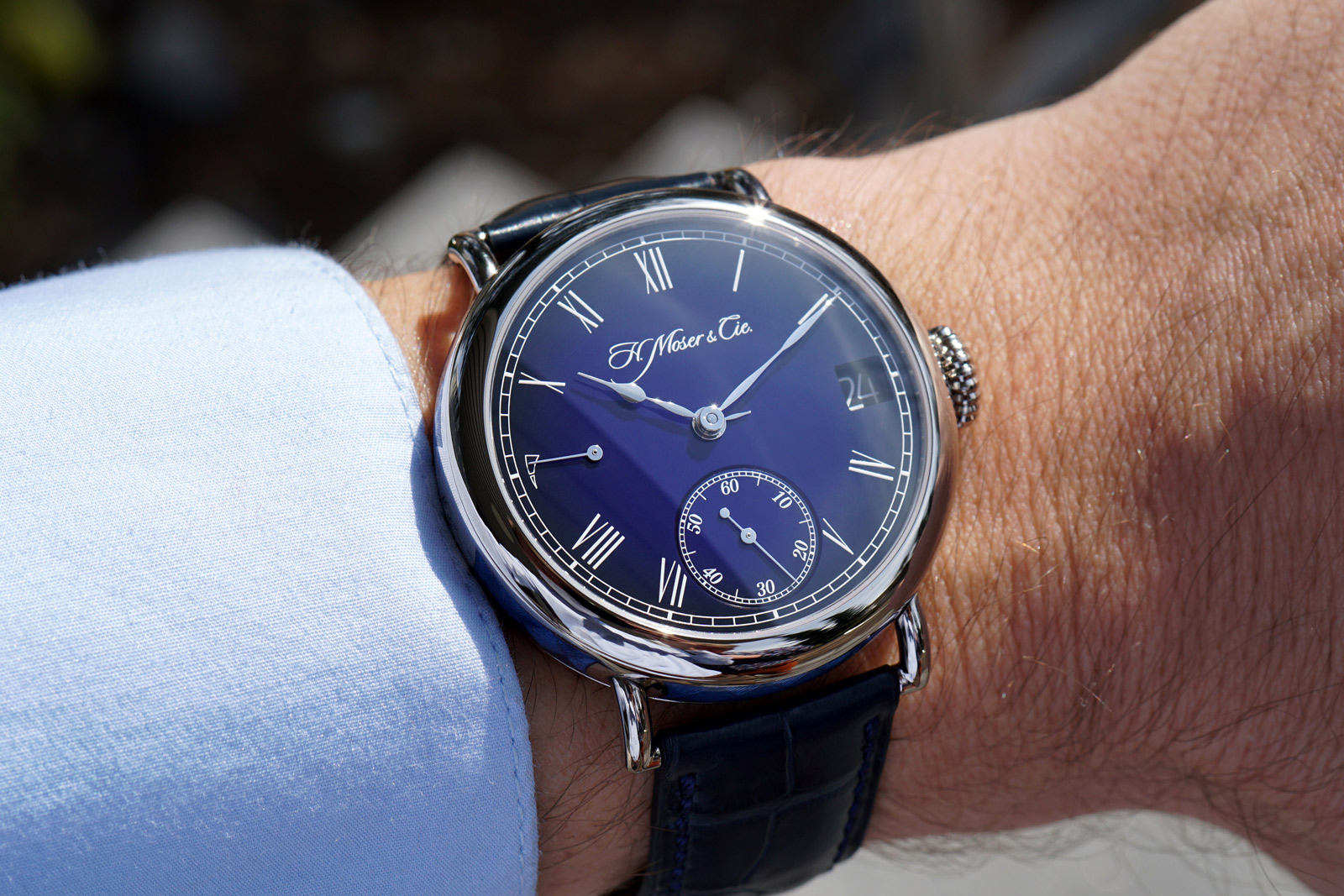 Being part of the Heritage collection, the new model is quite different the brand’s usual offerings, like the Pioneer and Endeavour. Instead of modern, flowing lines, the Heritage case is inspired by a pocket watch, having a rounded case and thin lugs that evoke the wire lugs of early wristwatches.

And the new perpetual is finely decorated. The dial, for instance, is blue grand feu enamel, but with a graduated finish that darkens towards the edges, which is synonymous with Moser in modern watchmaking. 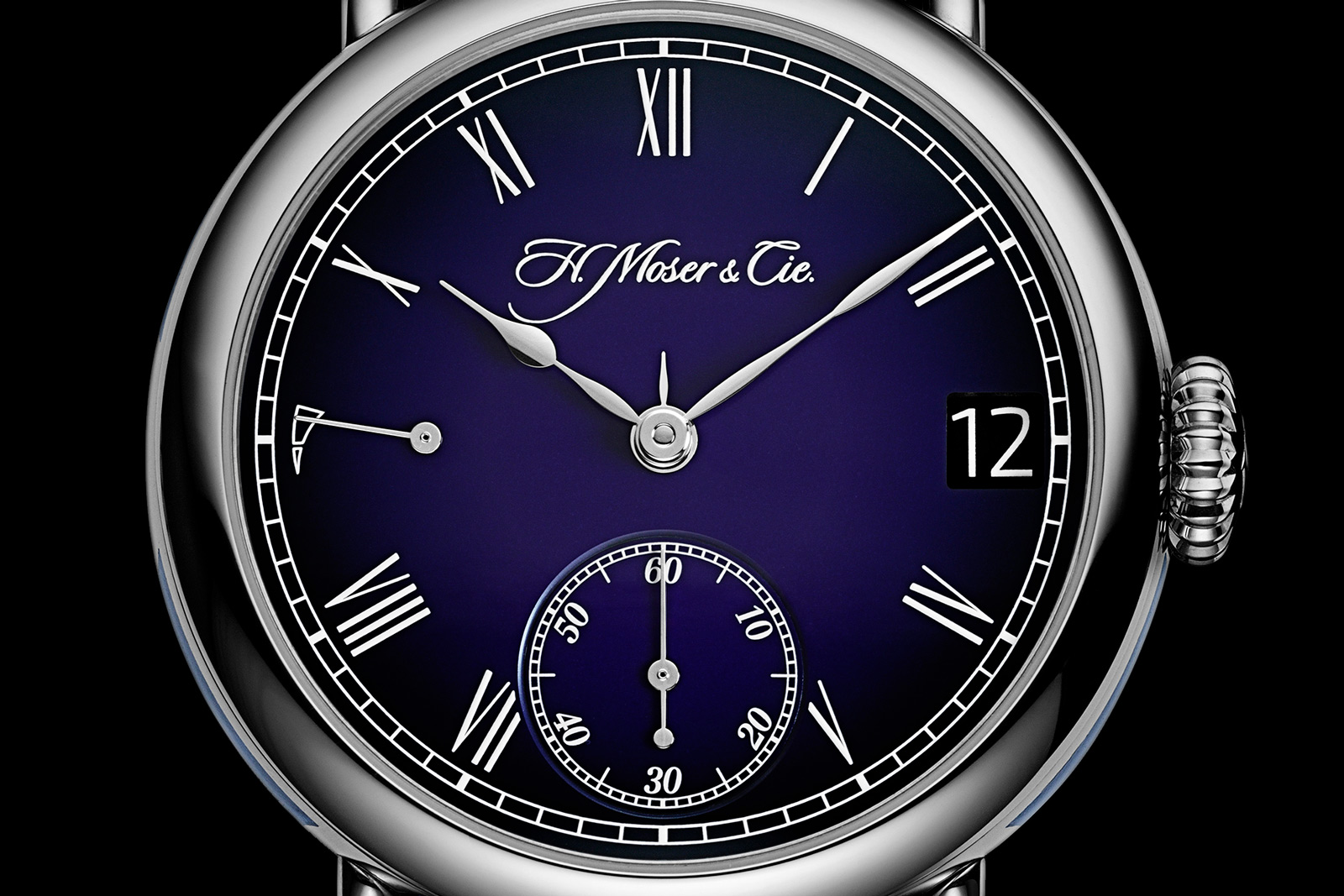 Crucially, for those who find the aesthetic of the 10th anniversary edition over the top – it had hinged lids covered in enamel on the front and back – but appreciate its craftsmanship, the new model is the ideal. It’s simple enough to be practical for daily wear, but still different and more artisanal than Moser’s usual style.

But it comes with a US$110,000 price tag. At that level, the Heritage Perpetual Calendar stretches the value proposition that the average Moser watch offers. That said, it’s being made in a small quantity of just 20 pieces, which probably makes the price a moot point.

Much of this is identical to the 10th anniversary model, save for the hinged lids covered in enamel, but it remains elaborately detailed. The Roman numerals and railroad track, for instance, are uncommon for Moser, since its best known watches – the “Concept” series – have no hour markers or minute tracks. And the hands are different as well, executed in an old-school spade shape.

It’s worth noting that the perpetual calendar has been altered to avoid clutter. For example, the months indicator in the centre of the dial does away with its usual arrow tip, transforming it into a tiny leaf-shaped hand. The streamlined hand makes sense, since the month is less important than time. The decluttering also continues with the date, which is printed in black to blend into the dial.

And the watch is also generously bestowed with enamel, on both the dial and case. Most unusual is the enamelled case band, which is engraved with guilloché then covered with enamel, a technique known as champlevé. 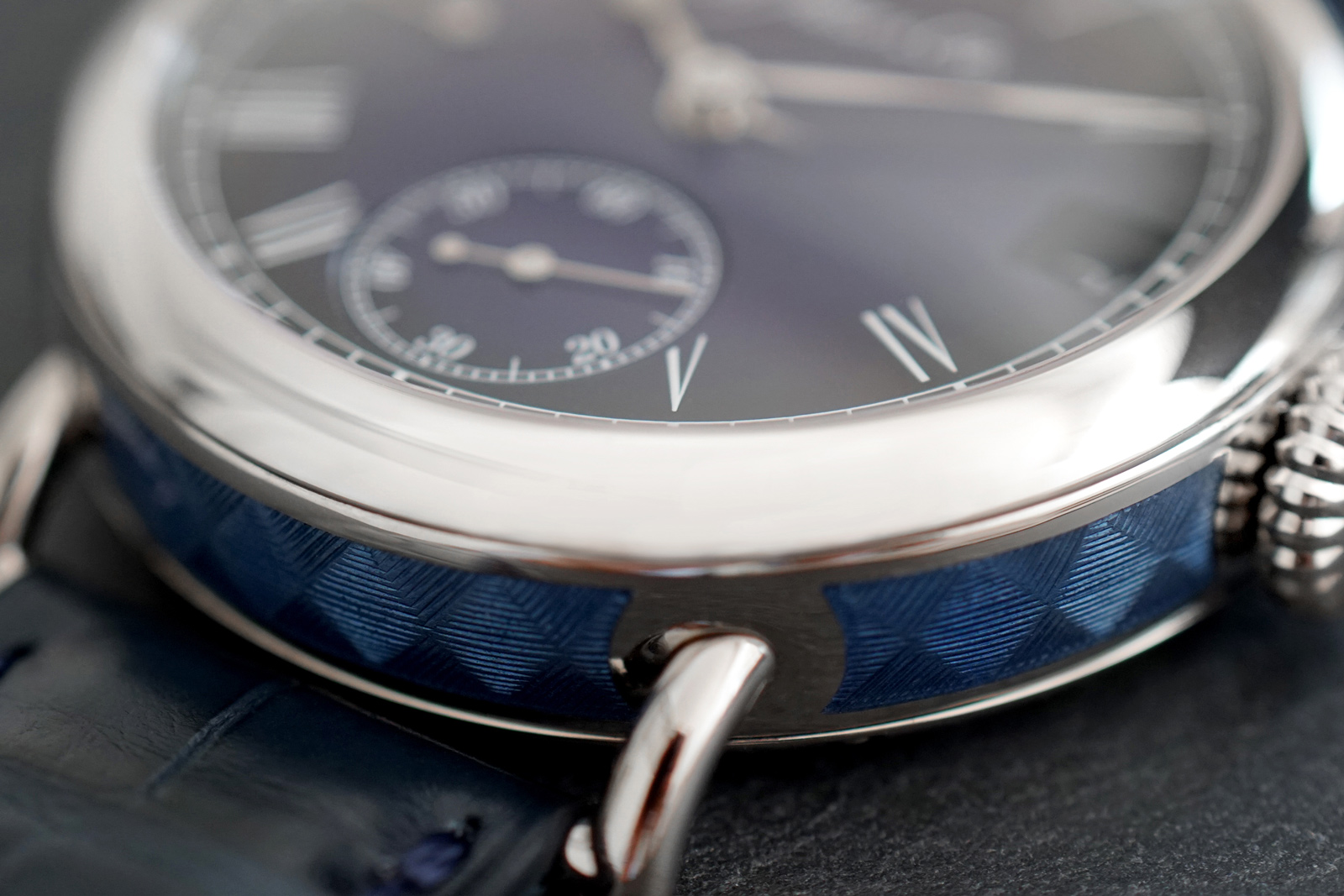 Powering the watch is the cal. HMC800, which is derived from the cal. HMC341 that was originally developed by independent watchmaker Andreas Strehler for Moser. Despite being 15 years old, it’s still one of the smartest perpetual calendar movements on the market, with its closest rival being the work of Dr Ludwig Oechslin for Ulysse Nardin.

The ingenuity of the movement is manifested in its practicality. The dial display is simple but legible, retaining only the the most important information, leaving the leap year indicator on the back.

Importantly, the movement is easy to operate. It can be set forwards and backwards via the crown – at any time – unlike typical perpetual calendar watches, which usually require lots of fiddling that runs the risk of breakage. Another feature that caters for someone with multiple watches is the power reserve, which an impressive seven days, which means you don’t have to worry about setting the calendar, even though it’s a breeze to set. 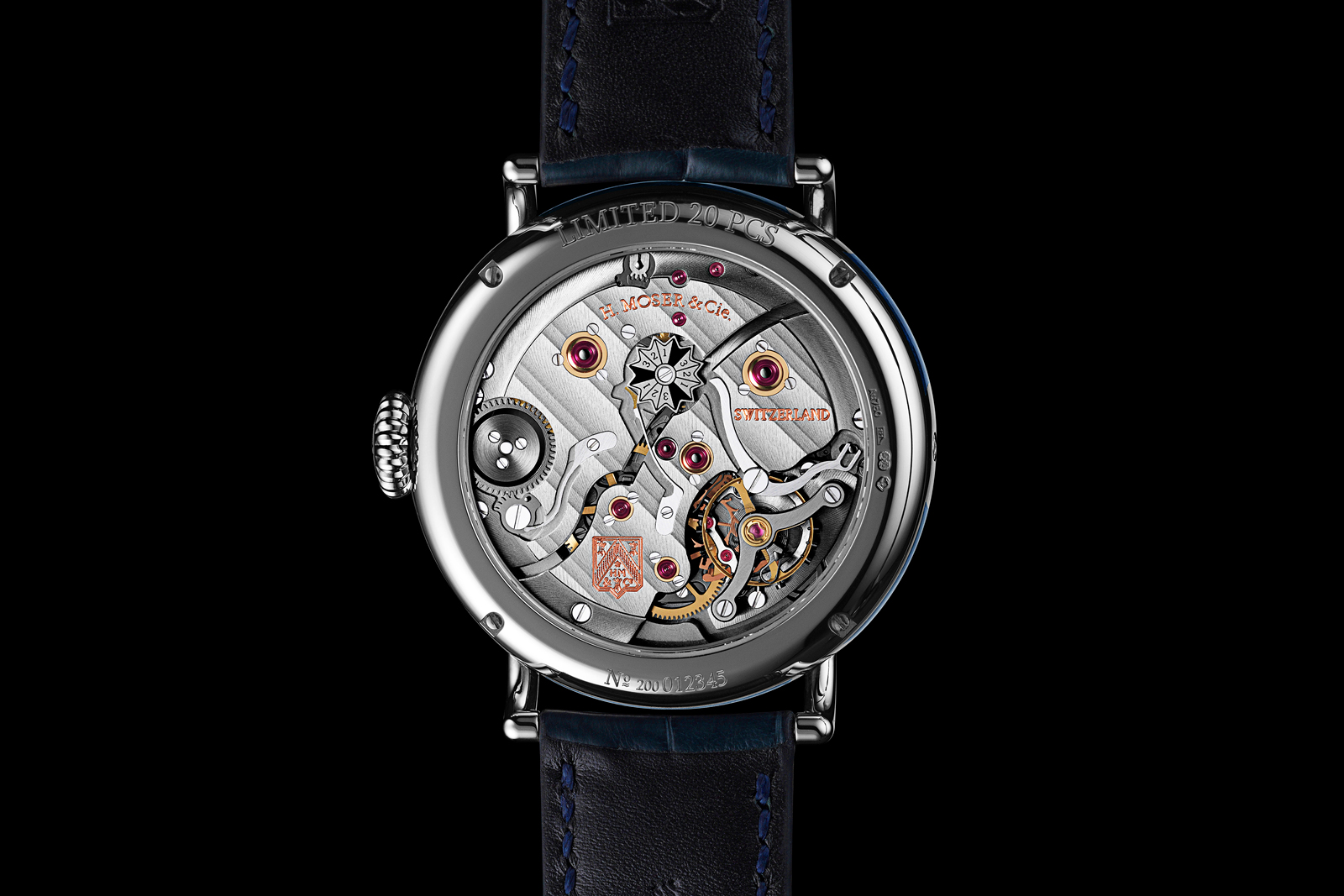