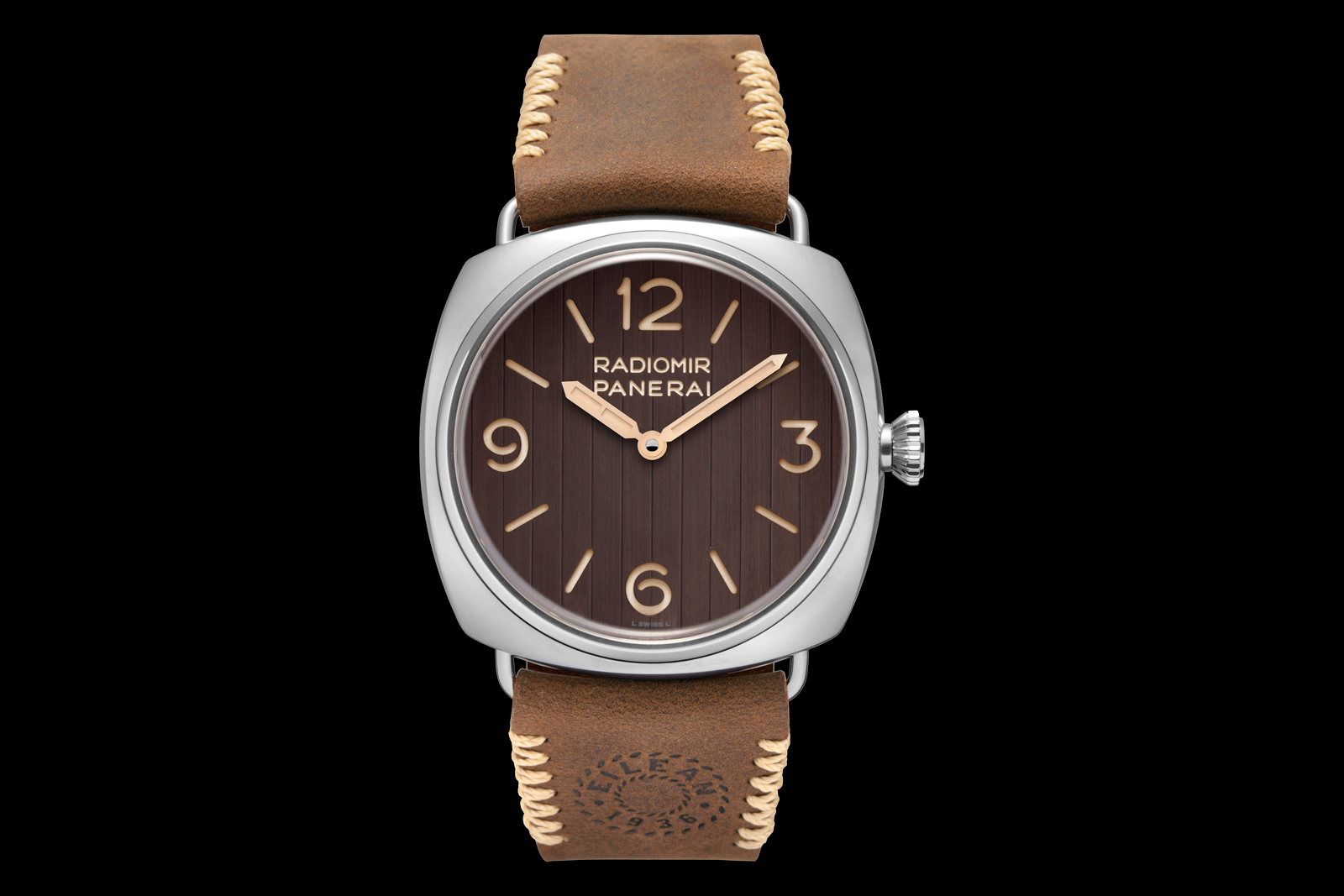 Panerai’s latest is unusual relative to its recent launches that are clearly contemporary designs – the Radiomir Eilean PAM 1243 is a traditionally-styled special edition that commemorates the eponymous sailboat built in 1936, the year the brand started supplying the Italian military with its waterproof wristwatches.

Panerai acquired Eilean in 2006, after its former chief executive Angelo Bonati – a keen sailor with a fondness for old school sailboats – spotted the derelict yacht in Antigua. Three years of restoration made it seaworthy again, and now the boat occasionally sails as a roving ambassador for the watchmaker. 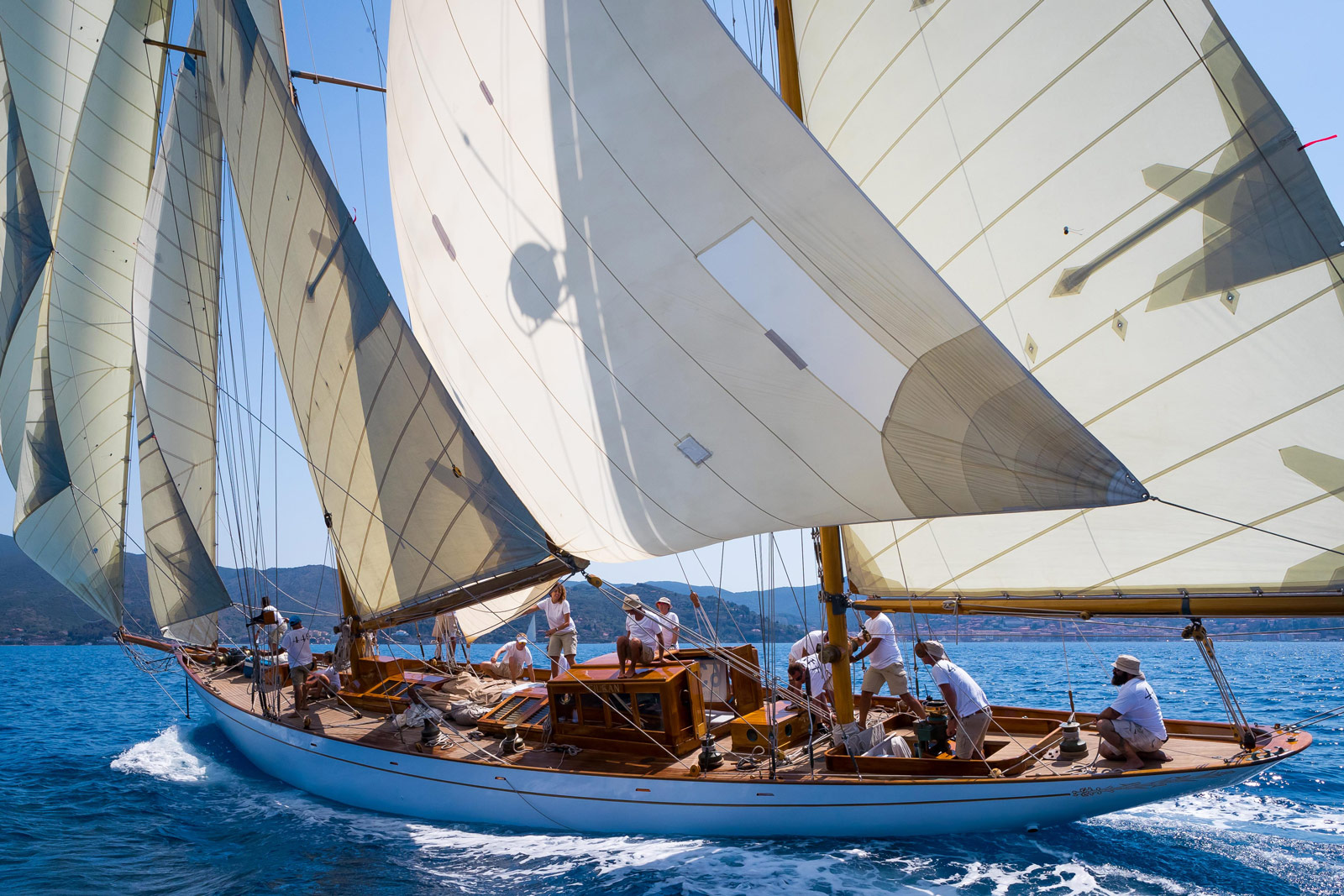 While its outline and layout are familiar, the Radiomir Eilean incorporates details not commonly found on Panerai watches, such as the pinstriped dial inspired by the teak deck of Eilean. And the case has a special, “aged” finish first seen on the Radiomir 8 Days PAM 992 of 2019 that’s simultaneously shiny and matte, giving it a lived-in feel but not quite vintage. 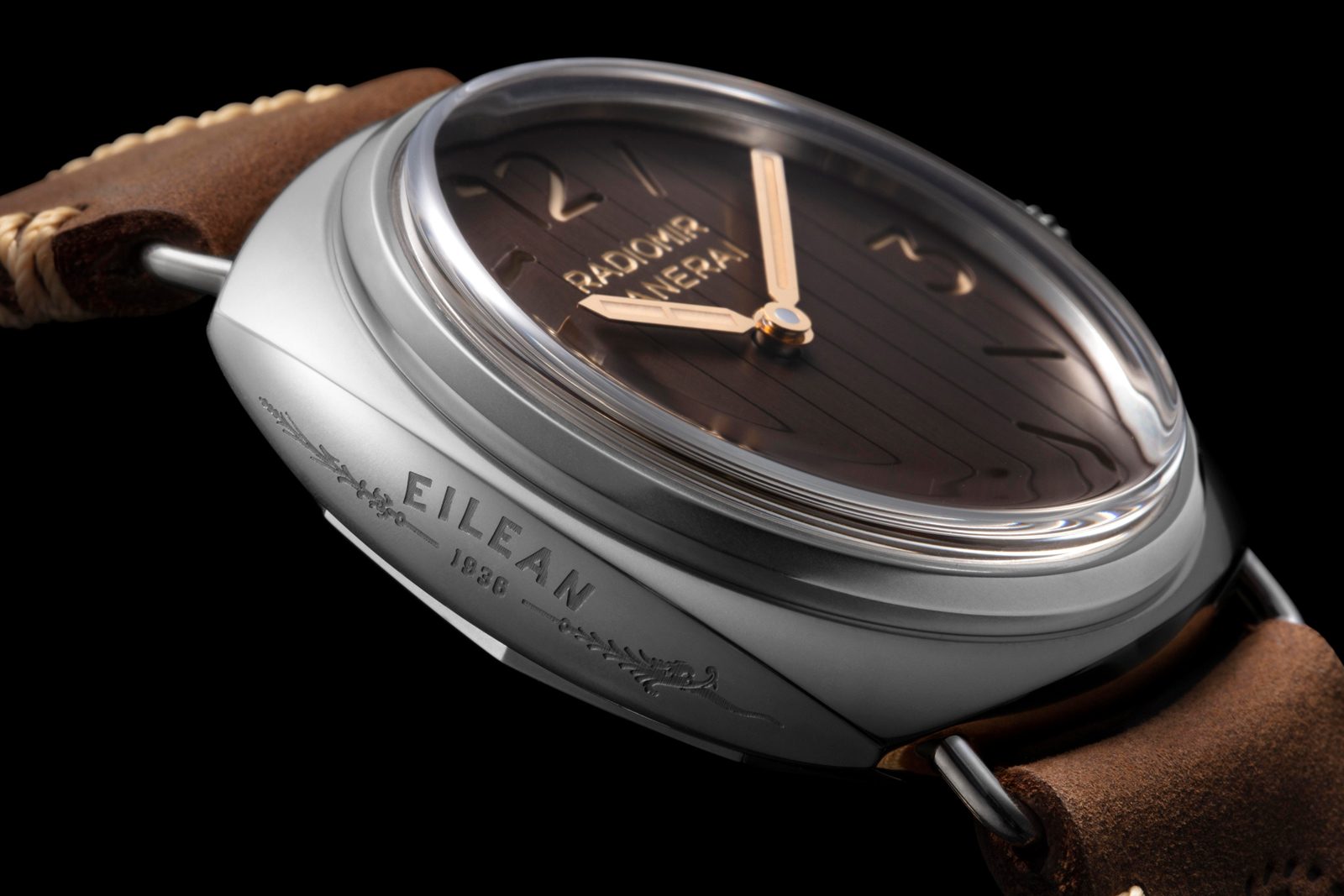 Engraving is done on the case side, leaving the dial clean

The Radiomir Eilean has most of the features that make for an appealing Panerai wristwatch, including a good-looking palette and discreet, interesting details across the dial and case – except for the oversized Eilean emblem on the case side. The mix of new and old in the design will not be for everyone, but I like it.

Particularly attractive are the vintage-y colours, which have all been used before, but still look good. The dial is a deep brown, accompanied by gilded hands and markers, giving it a warm appearance that brings to mind a classic sailboat. It does use faux-vintage lume, which suit the dial colours well.

Importantly, the dial avoids trying too hard to look like an exact vintage remake (which was no doubt the designers’ remit). The deep, vertical striations on the dial give it a modern twist that goes well with the design. 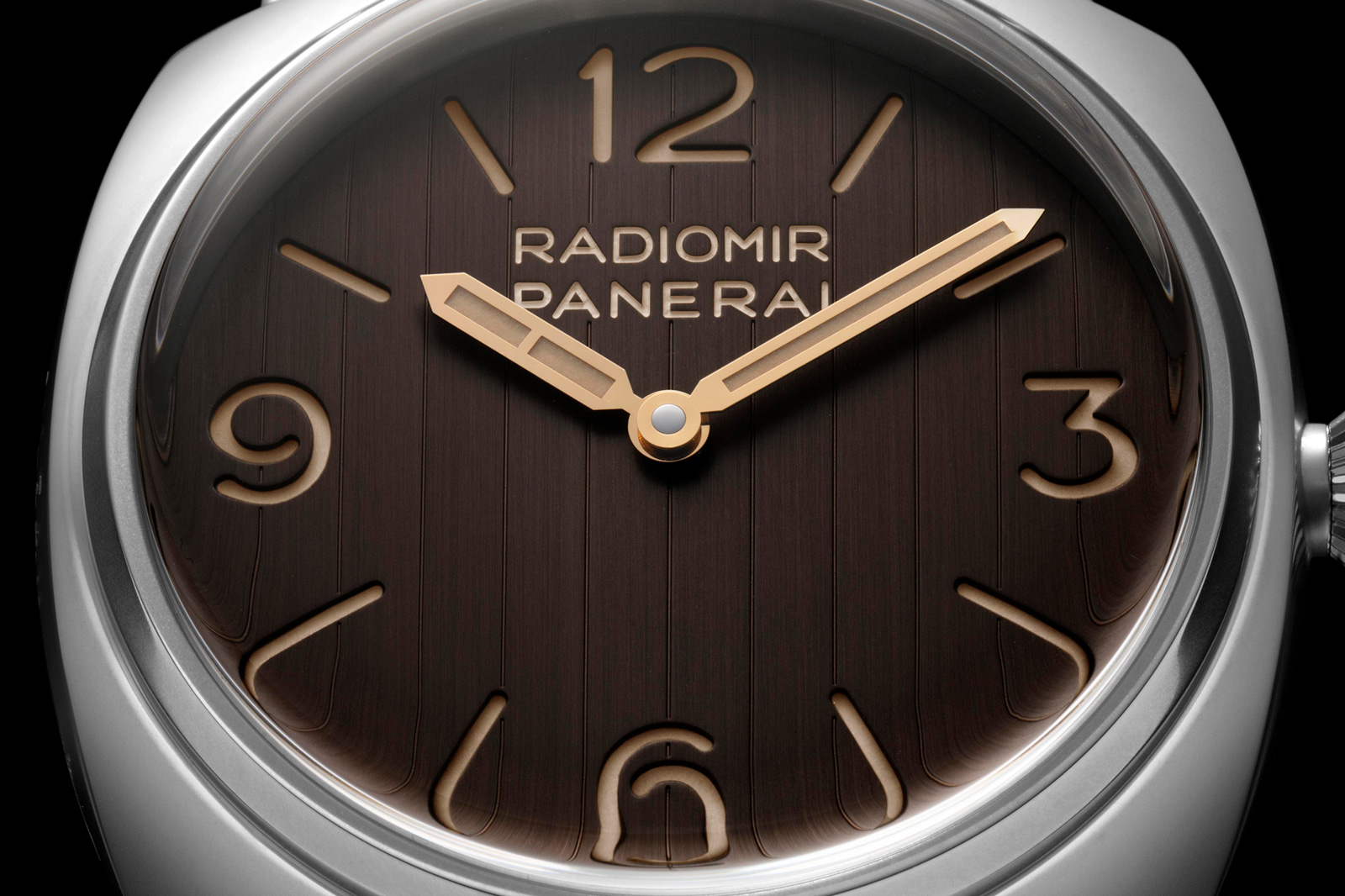 The retro look continues on the case, which avoids trying too hard and settles for looking gently worn. Like the dial, the case has a muted finish, in contrast to the mirror polish that’s conventional for the Radiomir.

If the Radiomir Eilean looks familiar, it’s because it is rather similar to the Radiomir Venti “Paneristi” introduced late last year. Unlike the Paneristi watch that had an extraordinary large emblem on the dial, the branding on the Eilean edition is less blatant, although the yacht’s logo on the case side is still unattractive. 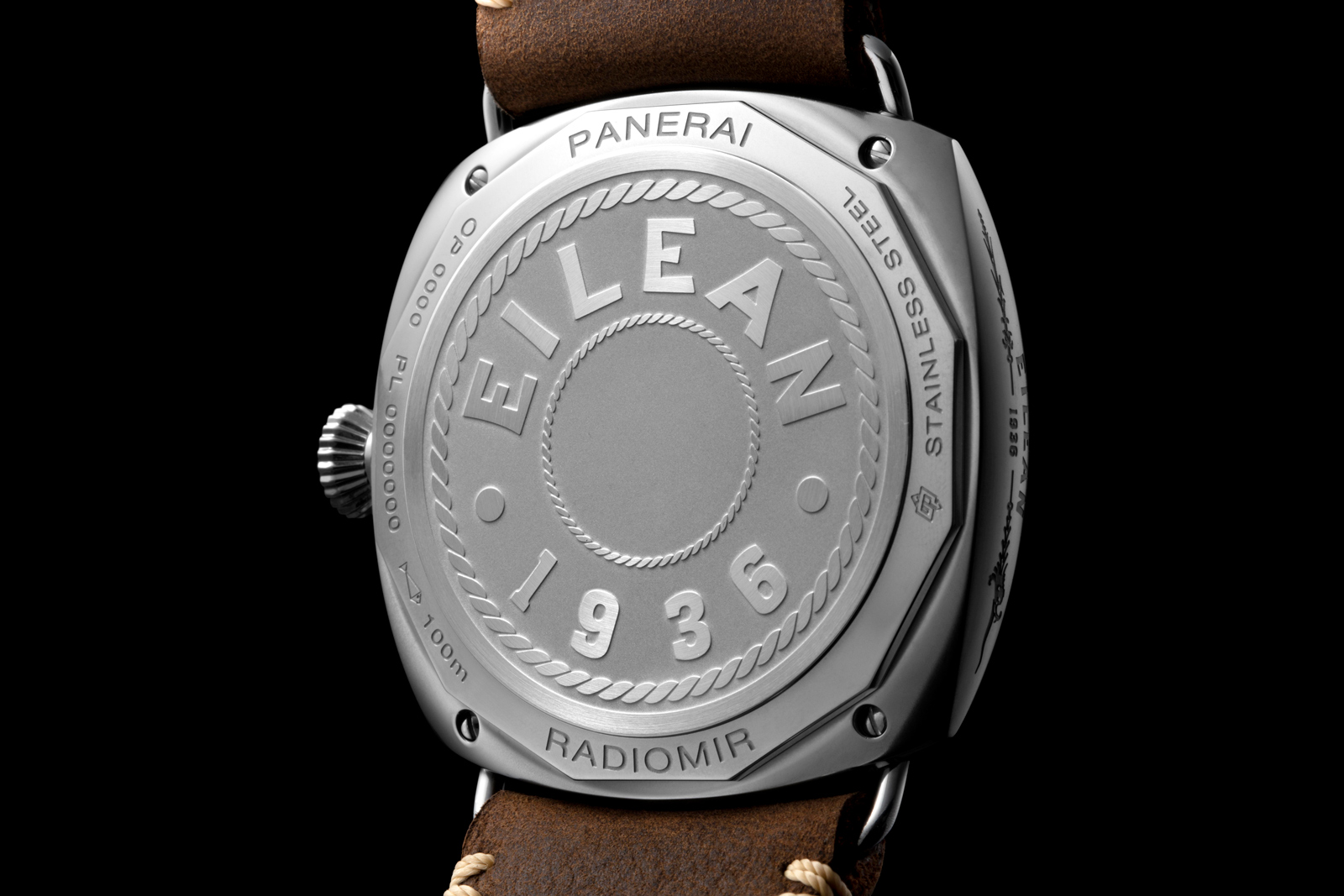 Almost the entire case back is a logo, but fortunately it’s not visible on the wrist

At US$8,100 the Eilean is expensive, costing almost twice as much as entry-level models with the same cal. P.6000. And it’s about 25% pricier than the Paneristi edition, which was almost identical in spec. For what it costs, the Eilean should have a fancier movement, such as the eight-day calibre found in the similarly priced PAM 992.

Still, the Radiomir Eilean is one of the more attractive watches in Panerai’s line up, especially in its unusual combination of traditional design and modern additions. In that sense, it is a more compelling buy than entry-level models that are quite staid.

Launched in 1936, Eilean is a ketch, or two-masted sailing yacht, designed by Scotsman William Fife, an accomplish naval architect who completed some 600 vessels in his lifetime.

Originally built for Scottish brothers who were steel merchants, the boat changed hands several times over the 20th century before ending up in English Harbour, Antigua, where it was rescued by Mr Bonati.

Eilean‘s sail number – the equivalent of a license plate for boats – is 449, which explains the 449 pieces of the Radiomir Eilean that will be made each year. 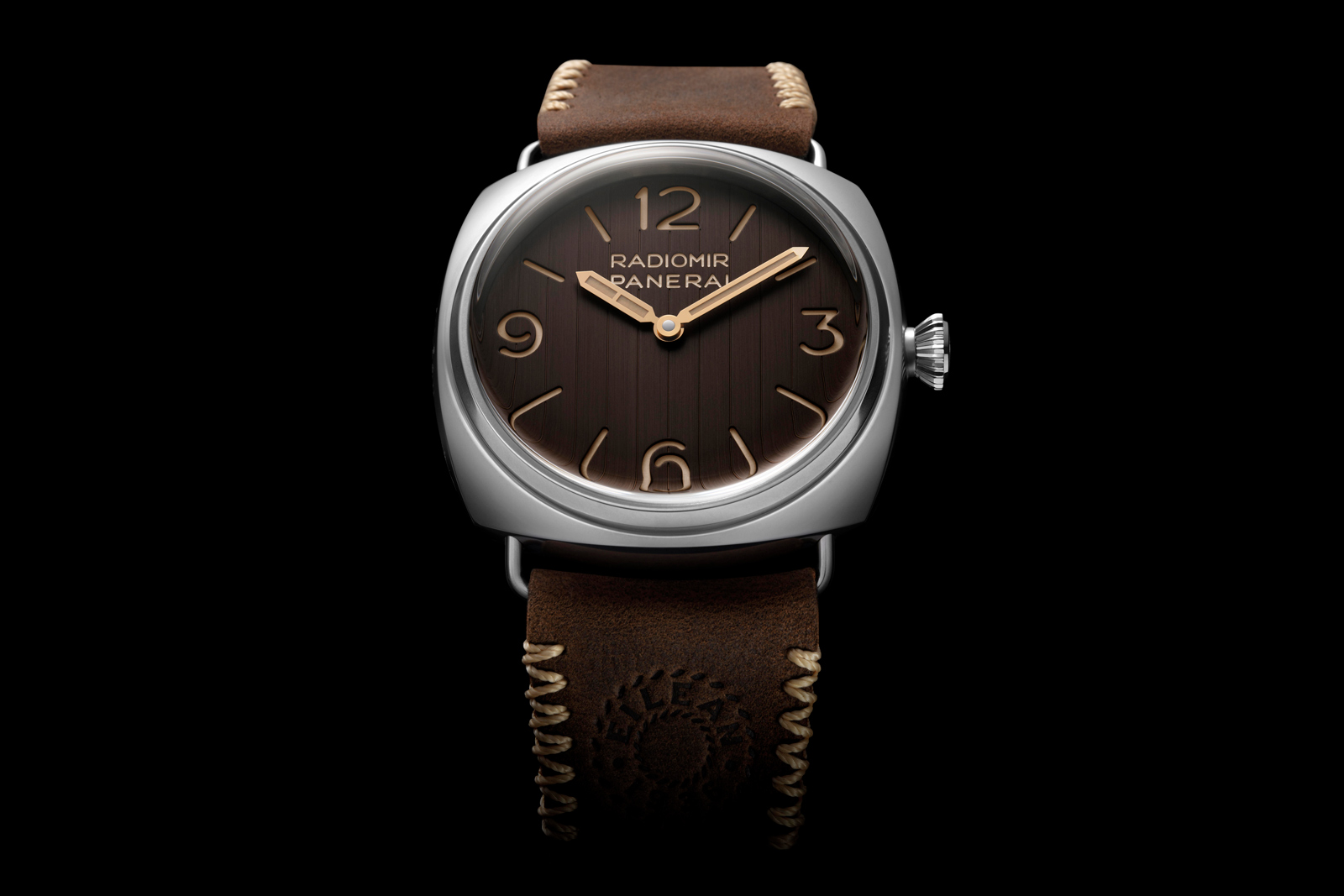 The Radiomir Eilean’s case is 45 mm of “patina steel”, which is a standard steel alloy that’s been treated to create an aged finish. It’s first mirror polished and then bead-blasted, giving it a finish in between shiny and matte.

Inside the case is the in-house, hand-wind cal. P.6000 that has a handy power reserve of three days.